by Sarah
in Animals
0

This panda is just like any other panda, only he’s brown instead of black. If you thought that bullying and rejection were restricted to the human race, you’d be wrong.

Qizai is the only brown panda in the world. He was abandoned by his mother at just 2 months old and has been bullied by other pandas his entire life.

Qizai, meaning ‘the seventh son’, was found weak and abandoned by his mother in a nature reserve in Qingling Mountains in Central China. His mother was black and white, so it was strange that he was brown and white.

Scientists believe the color of his fur may be due to a genetic mutation.

Qizai is now 7 years old and Chinese experts are looking to find him a mate. I wonder if the cubs they have will be brown and white or black and white. That would be interesting to see.

Every day, this star panda is fed and cared for on his own schedule. His personal caretaker wakes up every morning at 6:00 to make sure that he is well fed. After being abandoned and bullied his whole life, he deserves the best treatment.

Take a look at these photos of Qizai. I think he knows he’s special.

This cute panda was abandond at just 2 years old, he had to suffer bulliying from other pandas most of his life 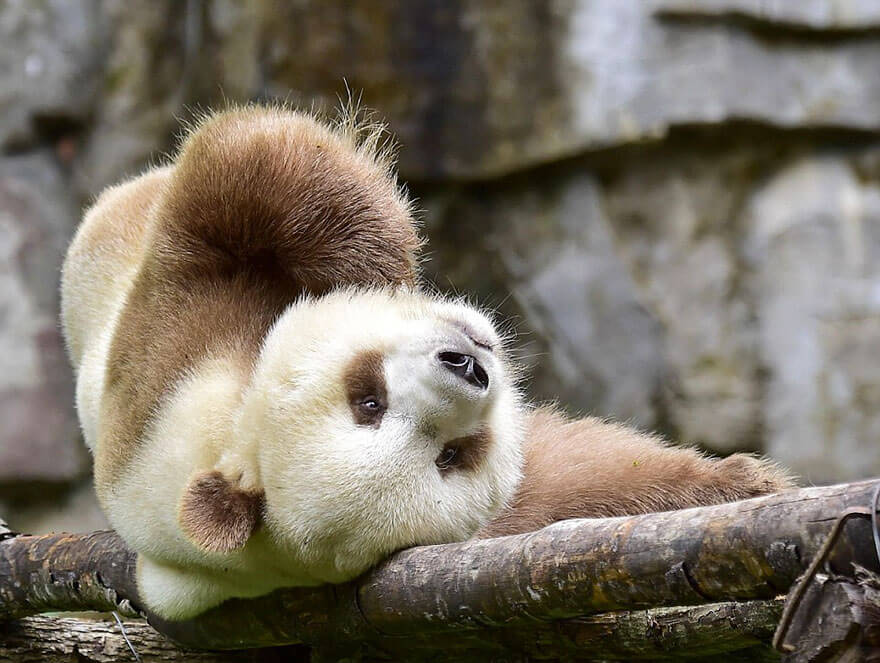 Because this brown panda looks different, the other pandas would steal his food and bully him, turning his childhood into a harsh one. 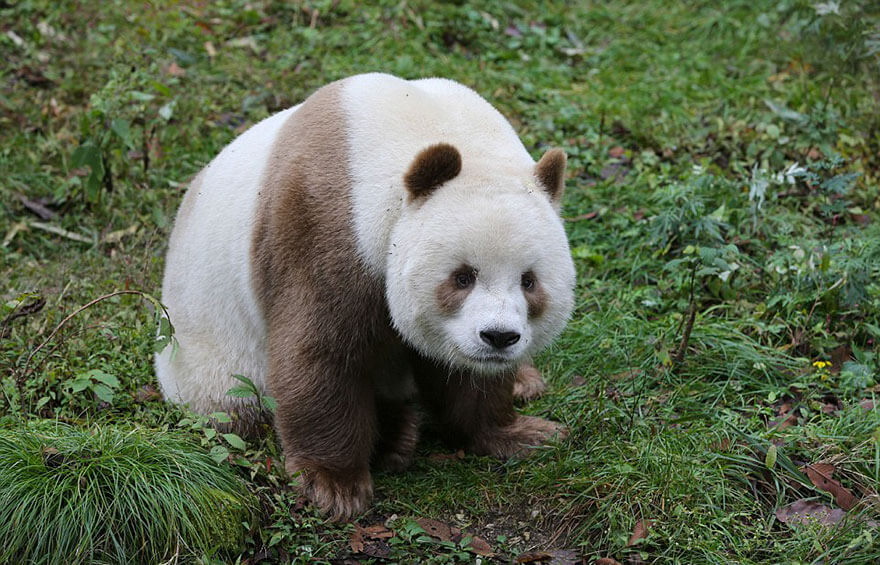 But like othe animals or even humans that grow up different, he is now a star and a well known panda and a little bit of a celebrity. 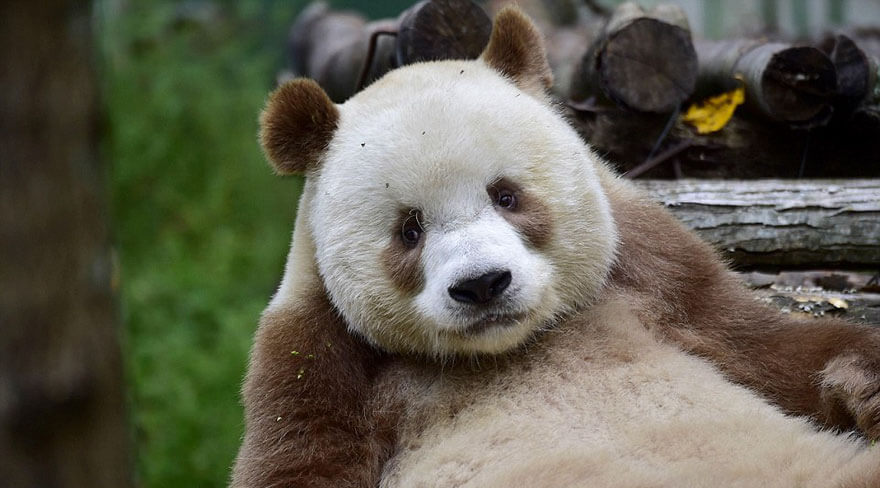 Say hello to Qizay, the world’s only brown panda 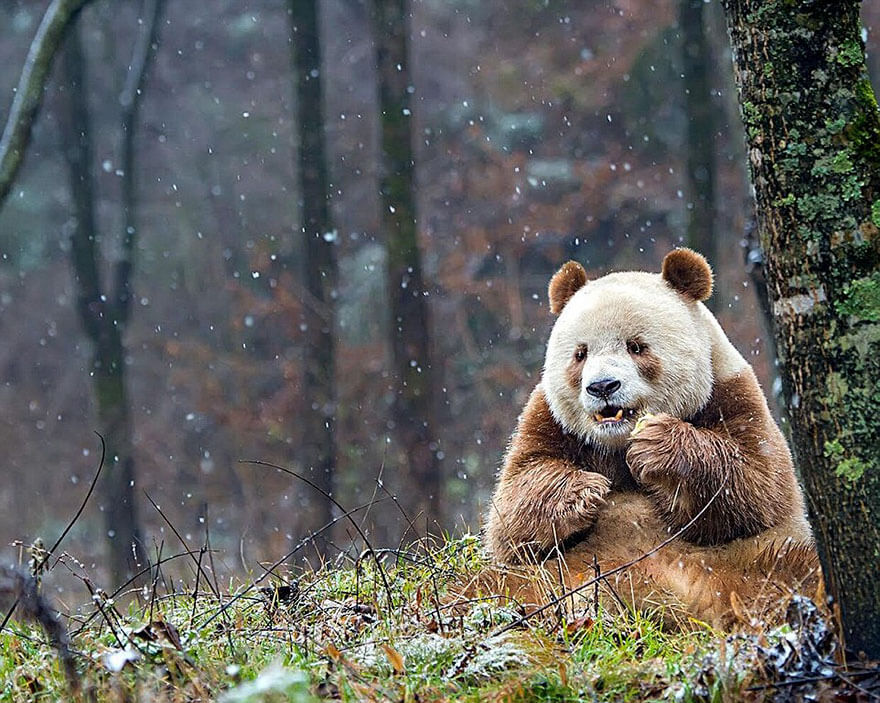 Qizay mother had black and white fur, so the msytery of his fur colors is even more mystirius 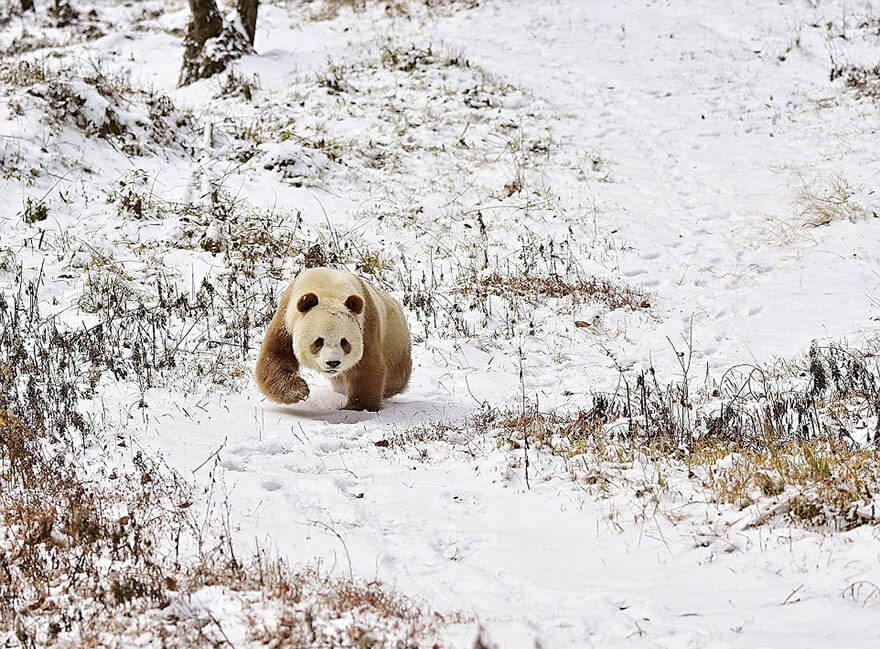 The best guess is that it’s something with his genes, and the scientists working to find out why it happened can’t wait to get to the bottom of this mystery 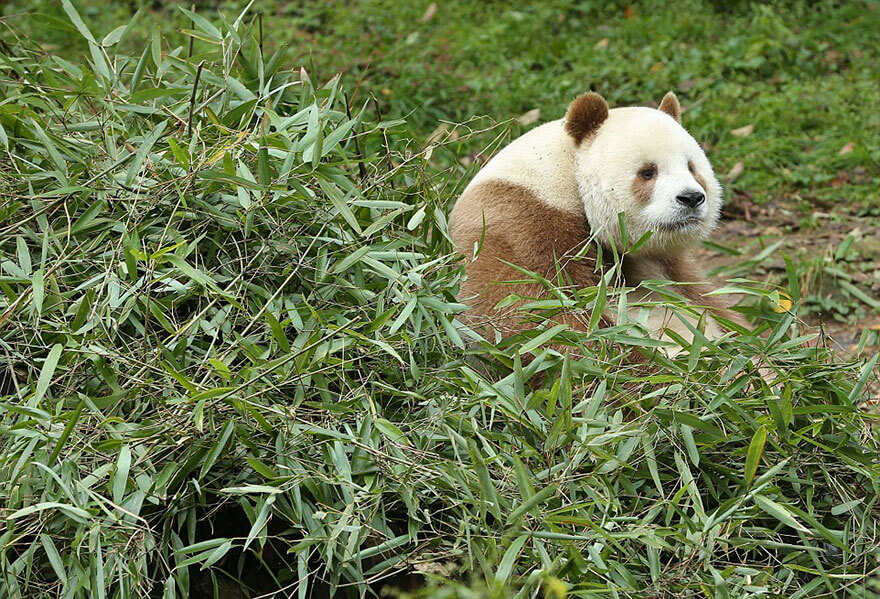 Qizay has grown into a good looking healthy panda, and his care takers are now looking to mate him 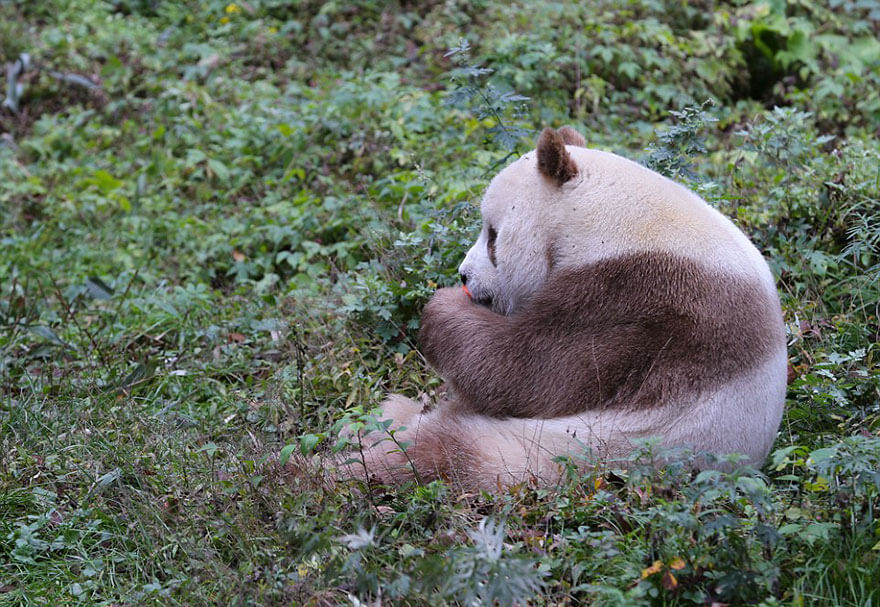 Until this happenes, Qizay is enjoying his time at Foping Panda Valley 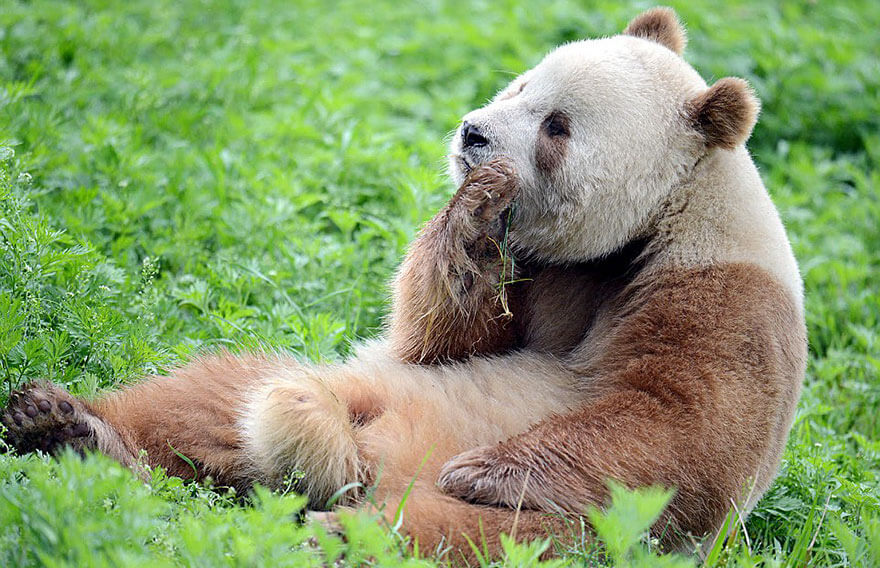 The Brown Panda has a personal care-taker that lives by Qizay schadule, waking up at 6 in the morning and going to bed at midnight every night 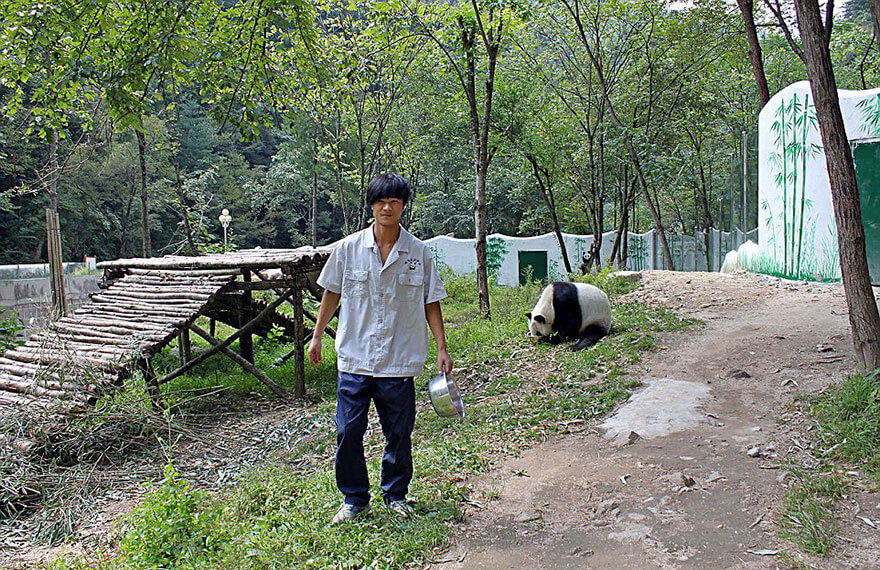 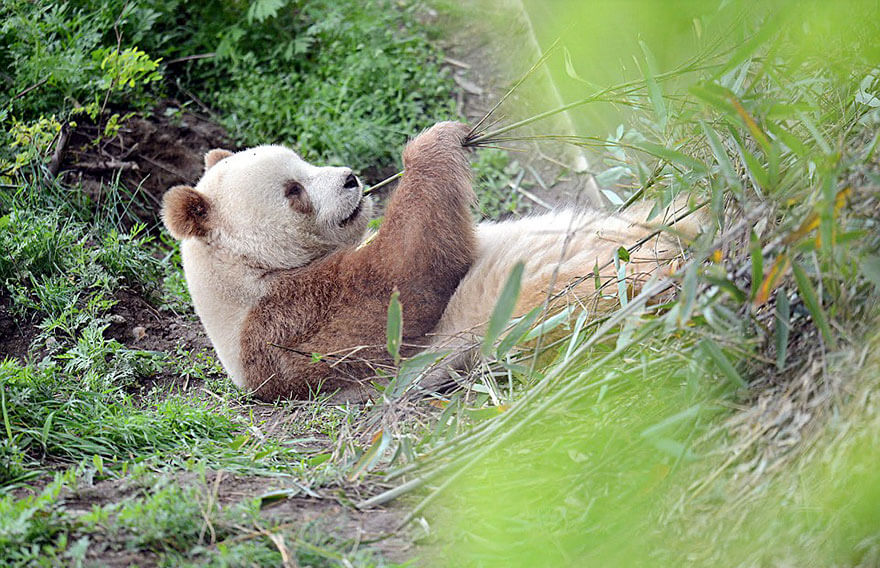 The panda keeper says he is a little bit slower than other pandas, but much cuter. 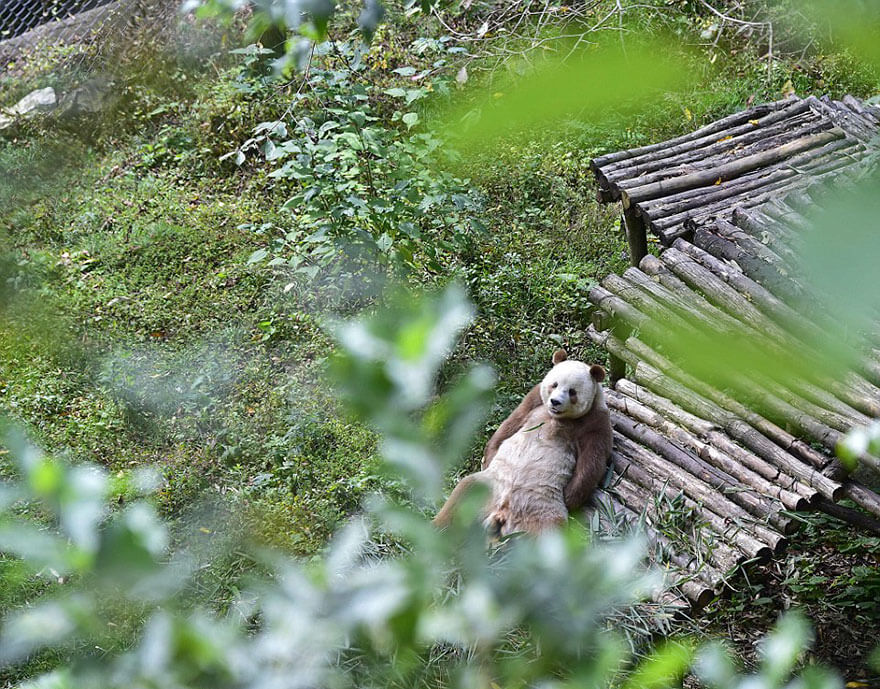 If you want to travel to say hello. Here’s where you need to go 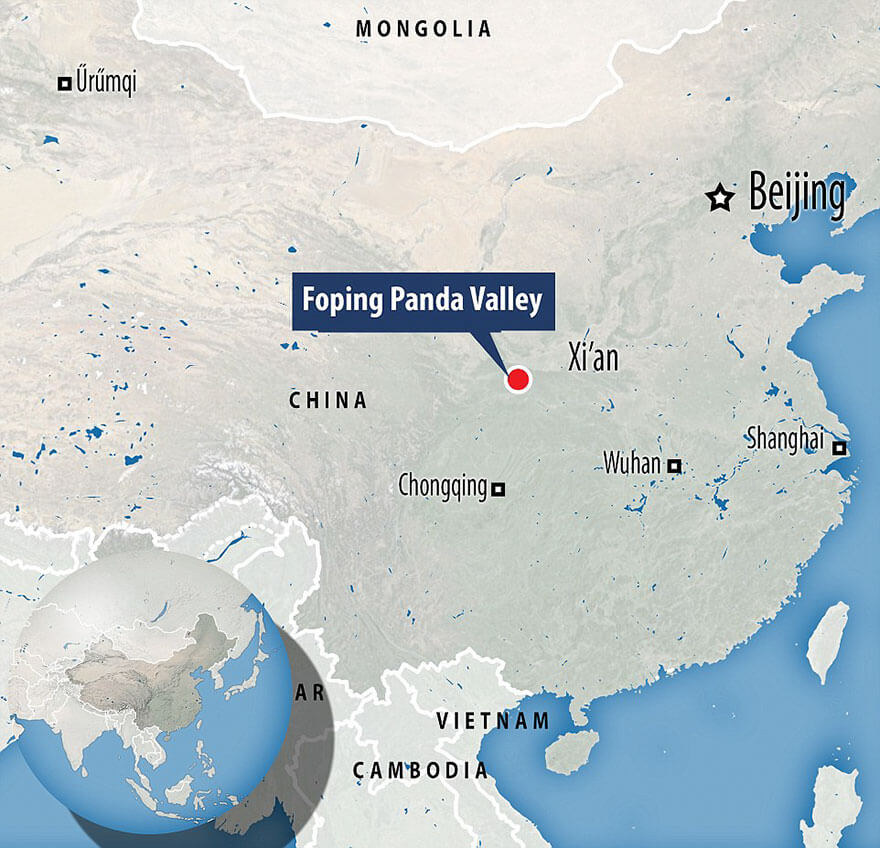