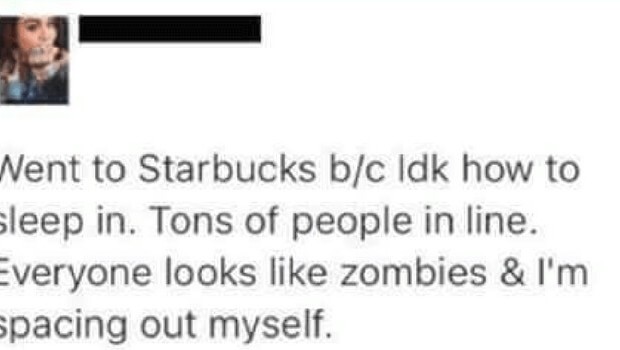 What are the worst or the most WTF moments you’ve had while waiting in line at Starbucks? You know, a normal Monday morning, just you and your thoughts and your desire to get that wonderful coffee and try not to be late for work and then, all of a sudden, something unexpected happens that make you go “Wait, whaaat?”.

Never had those moments when somebody’s feeling you, touching you while waiting in line, someone is speaking gibberish, like in a kind of extraterrestrial language? I’ve had those, but it seems this woman here, had more than that.

We don’t know who she is, we don’t need to know, but her live tweeting of her Starbucks experience is something you should read. It is hilarious, strange, odd, scary, all you want in just one place, one story. It’s got suspense, mystery and that wtf feeling that can’t really be put into words.

So, she was waiting in line together with some other people looking like zombies, when a man grabbed her hand and simply said: “You’re not my wife”. The wife was behind. What happens next? Well, the man finds another wife…sort of. You read it for yourself. It looks and sound strange, anyways, we don’t want to make it stranger than that. 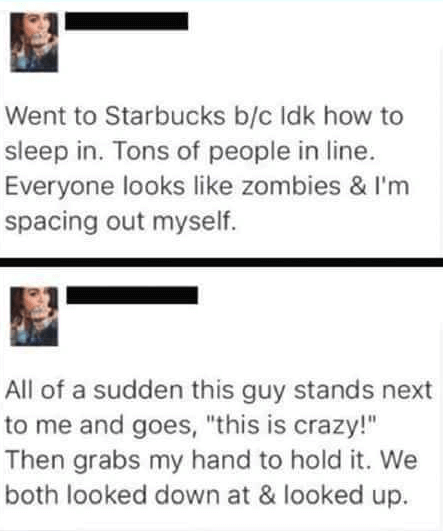 2. And it gets even better. It seems the zombie is a husband holding the wrong hand 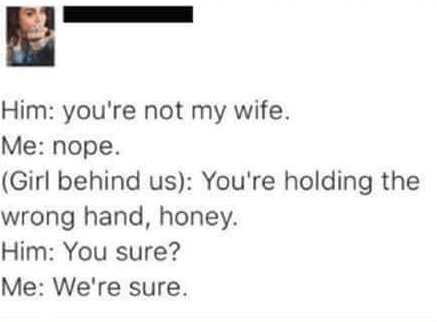 3. Apparently, it was a husband who just didn’t want to pay for the coffee 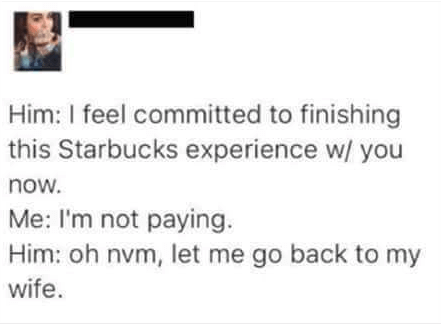 4. And now it turns a little bit gayish. Maybe the husband will find the love of his life in Starbucks, one morning 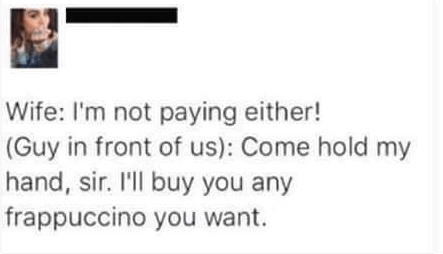 5. And now the man has found the man of his life or something like that and… end of story 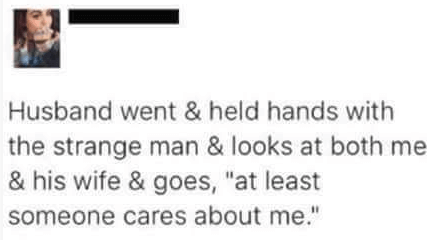 Starbucks is full of glorious experiences