Why do dogs lick their butt? You’ve been secretly wanting to know the answer to this question for years right? Or maybe you don’t really think about it but someone asked you this question once and ever since you wanted to know the answer. Well, you’re going to find out right now why dogs lick their butts and ever see a few pictures about it. Ready? Great!

So why do dogs lick their butt?

The short answer is that they have an itch? Don’t buy that? Well, worth a shot. But in all seriousness, dogs do feel an itch in their rectum from time to time as they have many blood glands and it’s a very sensitive area for both humans and dogs, so every now and than, dogs feel an itch, and they want to scratch it, and because dogs can’t really scratch their own butts, they lick it.

Another reason you want to lick your butt as a dog is you need to clean yourself, dogs are pretty clean animals if you really think about it, and they spend a good amount of time grooming. Again, differently from humans where we can just jump into a hot shower and clean our bodies, dogs need to use what they have, which is their mouth, tongue and saliva to clean. So when they feel their butt is dirty, they will lick it.

Yet another reason to lick their butt is the simple fact that there is no other way or method for them to do this. If dogs had a better way to clean their butt, they would probably do it, since we don’t know of any other way, licking of the butt it is, just deal with it human.

Parasites can also cause your dog to lick its butt often. If he does it every once in a while, that’s normal and he’s probably just grooming, but if it becomes too frequent and you notice that he does it all the time, it may be a sign of parasites such as ticks or fleas, so make sure to check it out.

On the flip side, let’s talk about the world of dogs for a second. Dogs have an incredible sense of smell right? So they can smell even the tiniest and weakest smells that flow in the air, so while we think they are clean, they may be smelling poop or other dirty things creeping around their anus, so is there any wonder they want to clean it? By the way, dogs can also smell our body during the day and night, so they can definitely smell what it’s like inside our underwear, and while you think you’re keeping your engine clean, belive me, it’s dirty than you think.

Now you know the main reasons for this behaviour, let’s move on to the pictures and video.

Another question that comes to mind is if it’s ok to let your dog lick you after he just finished licking his own butt, well, the answer to this question is similar to the one that people need to wash their hands after pooping right? When you finish your business in the bathroom, you wash your hands, so the same with your dog, after he finished licking himself, maybe it’s a good idea to wash the area he licked you shortly after to wash away the germs.

Picture of a dog licking his butt – doesn’t look nice, but he has to do it. 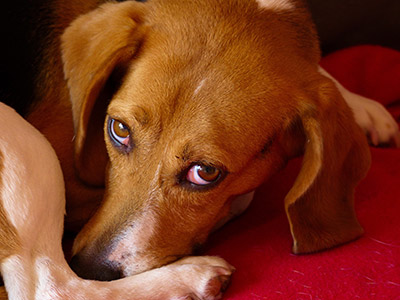 10 Biggest Failed Products In The History Of Human Manufacturing