Face it, you like to see things burn. Not in an evil, destroying way, but rather in an entertaining way without harming anybody. For example, would you like to see a ball of 42,000 matches glued together burning in a full, big, spectacular ball of fire? Never thought of it? Well, this guy did.

His name is Wallace and he lives in Upstate New York. He spent almost a year gluing together some 42,000 matches and forming a big sphere with the intent to set it all on fire, at the end. “It took about ten months and I think the cost was around $500”, says Wallace. He seems like a patient man, since gluing together this many matches is not an easy task, especially for a person who does not possess the virtue of patience.

The idea came to him while he was just playing with matches.

“I was playing around with matches one day and thought about how the heads of matches are slightly larger than the bodies. It got me wondering what would happen if I started gluing them together and never stopped. I imagined a sphere would form so I set out to find out”, he says.

The guy was serious in his planes and he started making sketches of what the ball of matches will actually look like.

“As I started the project I was very interested in trying to figure out approximately how many matches I would need. I was buying them in boxes of 300 from my grocery store (I am sure they thought I was crazy) and needed to know if I was about to break the bank… 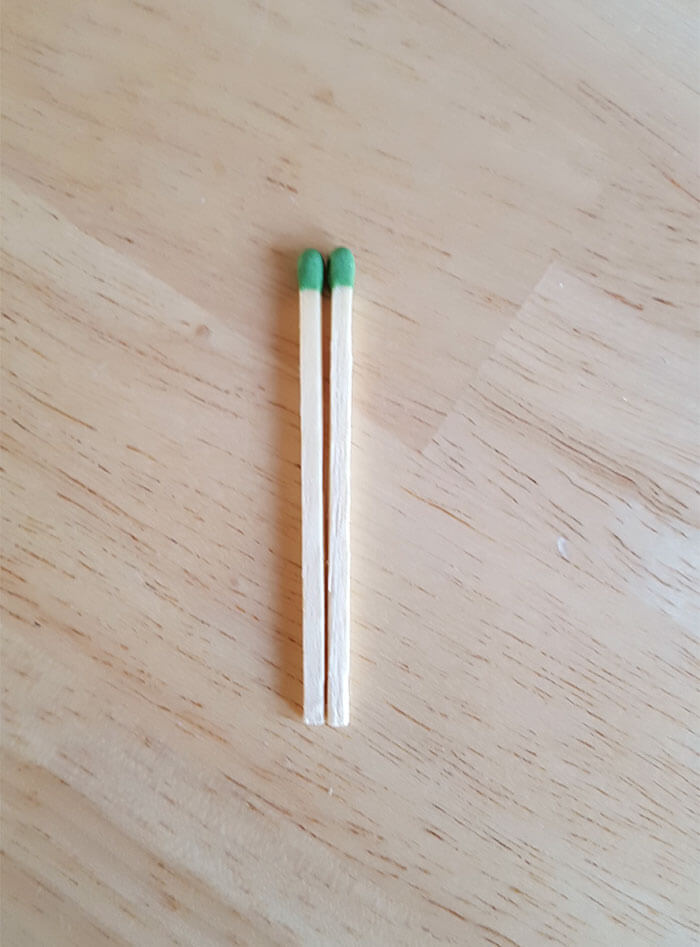 I started playing around in the modeling software Rhino to get a sense of what this match sphere would ultimately become”. 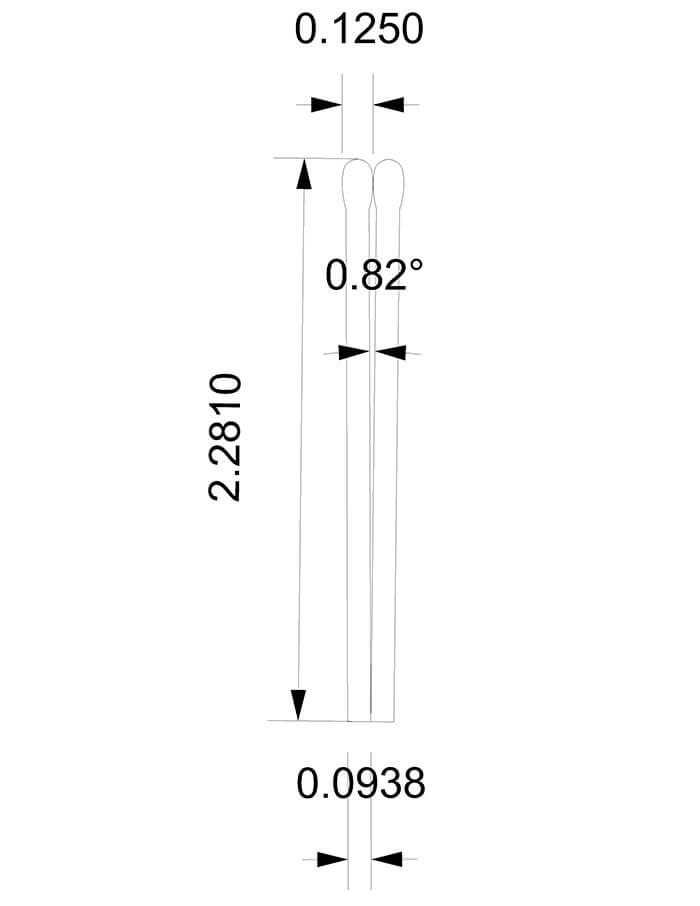 A lot of calculations were needed and Wallace finally rendered the sphere on his computer. After that, he just resumed gluing matches together and he finally began to see that his theory was right and a sphere was forming. 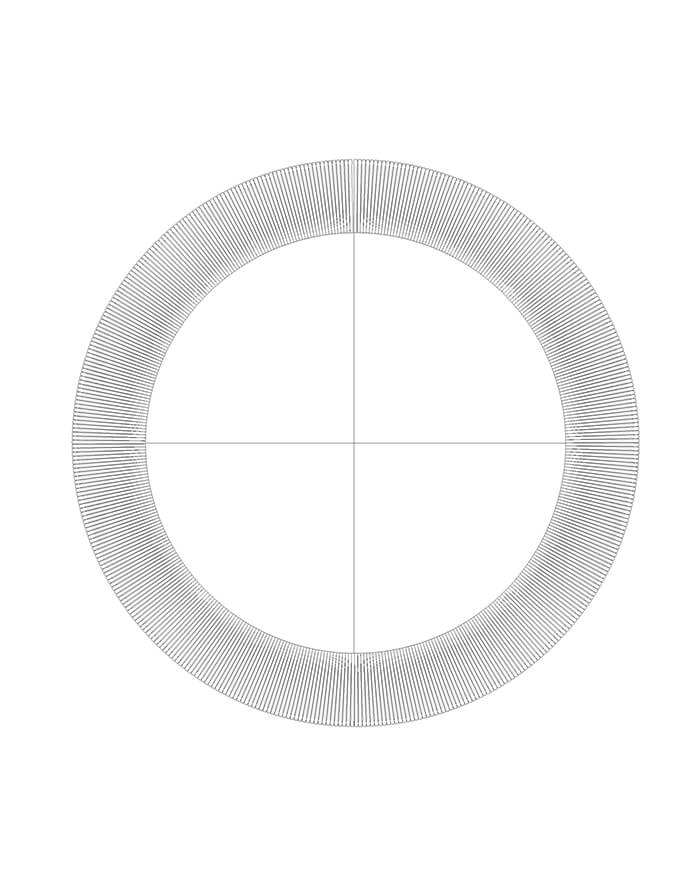 SEE ALSO: This Bouquet Of Burning Roses Will Be The Most Beautiful Thing You See Today

“The shape was coming out nicely but it was taking a long time just to get a single layer of matches glued on. I was adding them in a circle that just kept growing and growing and yet not growing nearly as quickly as I would have liked”. 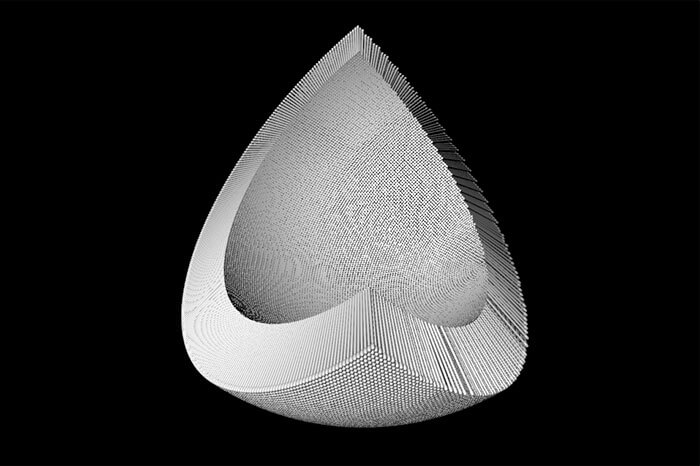 The result wasn’t a perfect globe, but more of a child’s idea of a sphere, but Wallace was happy that he managed to pull it off. Now, that the globe is done, it is time to do the counting of the matches. Wallace kept all the empty boxes of matches in order to get an estimate of how many he used. 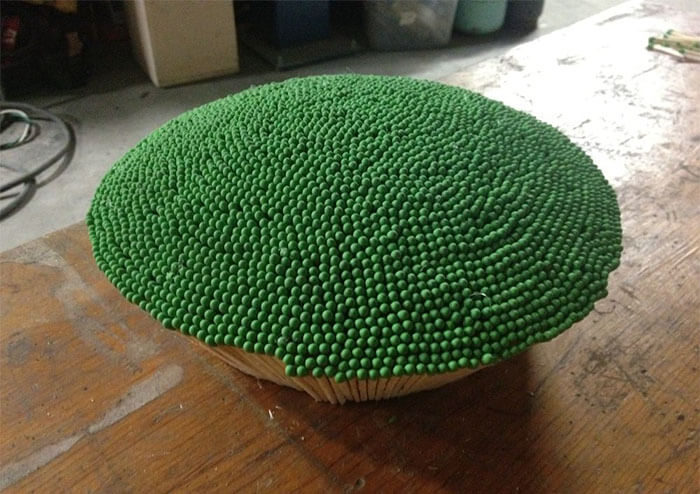 “I finished with exactly 140 boxes of matches that went into this project. If they all actually had exactly 300 matches in them, that equals 42,000 matches… 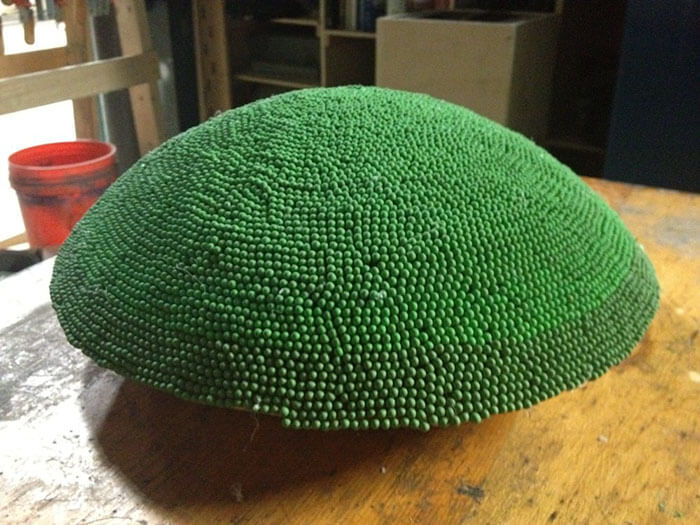 This was significantly off from my 62,654 match estimate but many factors could have contributed to this: Maybe there aren’t exactly 300 matches in each box. Maybe I didn’t make a perfect sphere (I didn’t). Maybe matches are different sizes (they are). Still, 20,000 matches is a significant margin of error. So much for accuracy”. 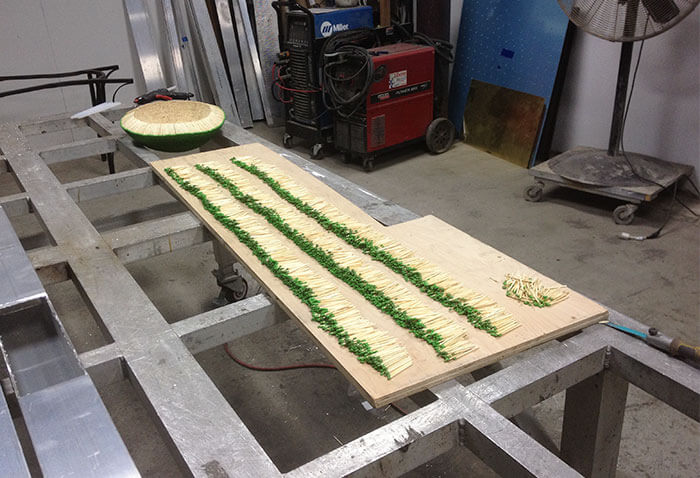 It turned out the green matches weren’t all green and they weren’t all the same, but once you’ve spent 10 months to glue together a ball of matches, you don’t really care anymore. All you want to do is set them on fire. And he did. Isn’t it cool? 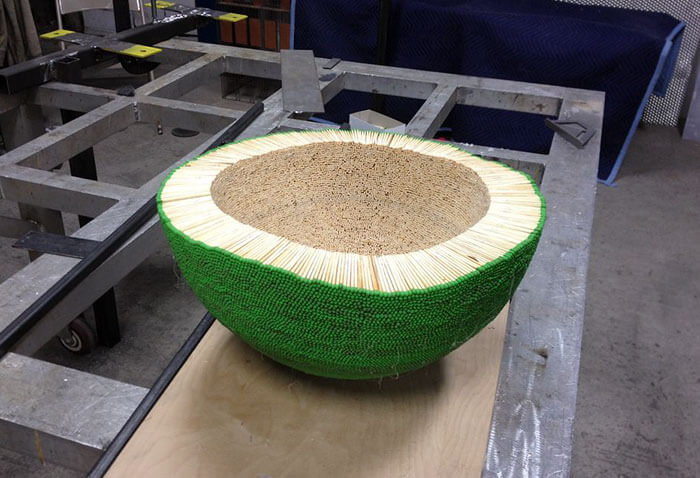 Here is the sphere of matches almost complete 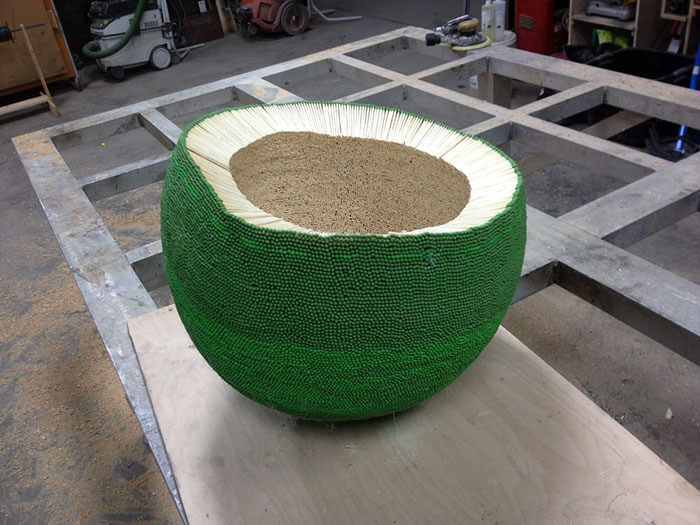 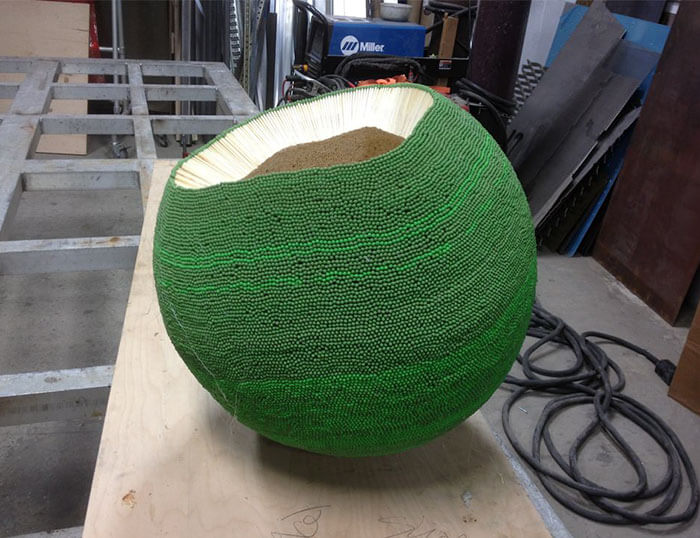 A thing of beauty isn’t it? 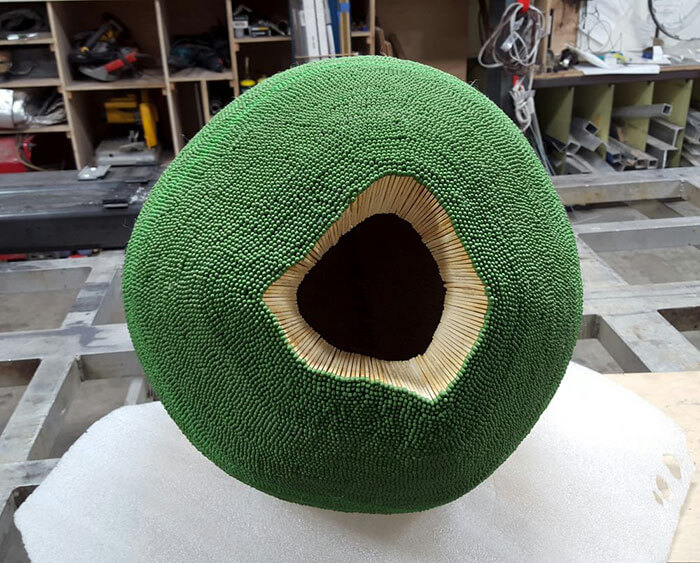 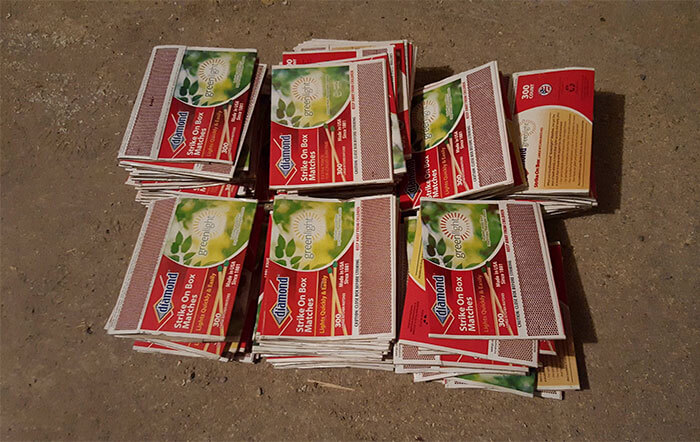 Now it was time to lit this thing on fire. 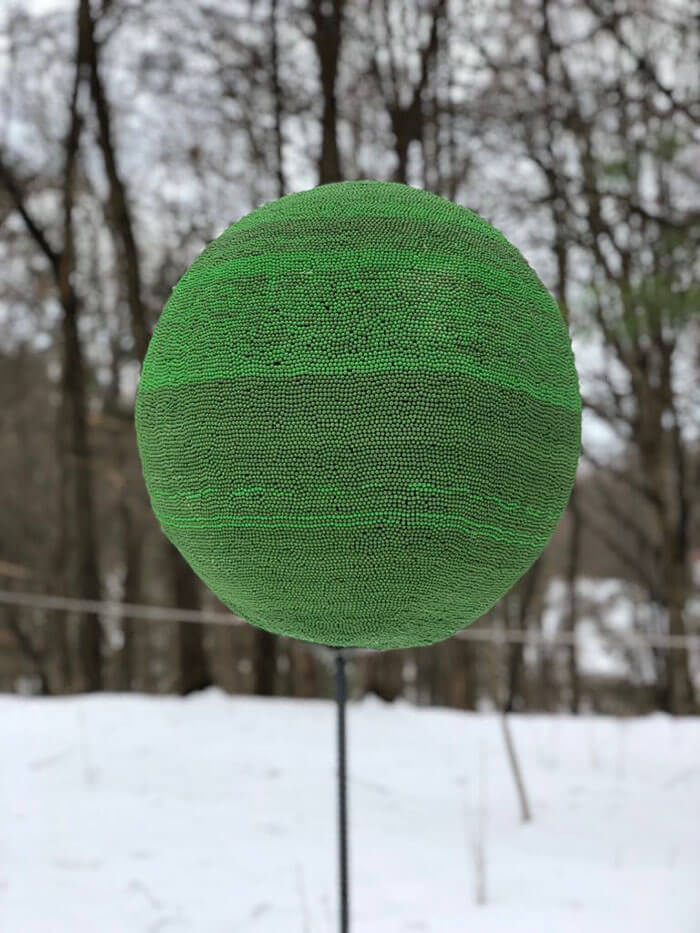 Happy wallace before the fire starts 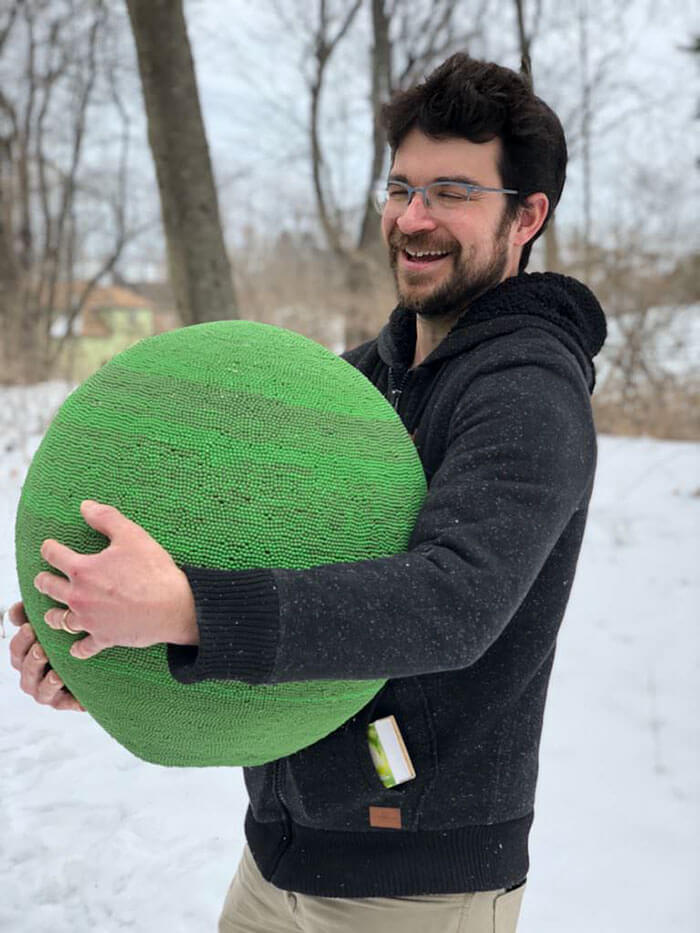 It took a couple of tries to make it right. 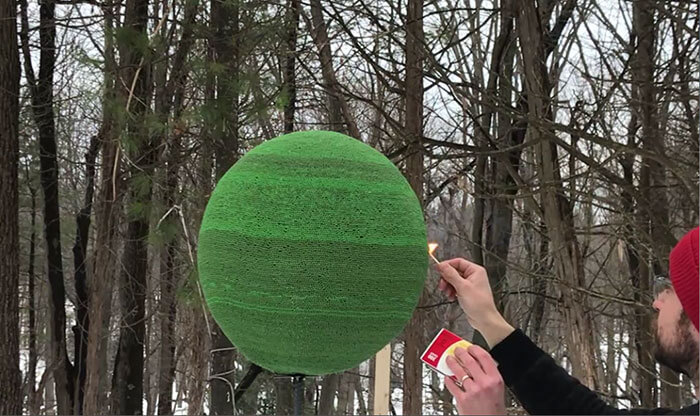