Nick Avallone is a 20-year-old student from Lancaster Pennsylvania. He’s recently started doing something that could be a new trend. He’s started mom shaming. Let’s get to work and start shaming our mom’s because you know they all do things to annoy us. It’s usually not anything terrible, they’re just little mom quirks. Nick’s mom has a bad habit of asking him to get her snacks and then falling asleep before he gets back with the snack. If this isn’t worthy of shaming, I don’t know what is.

Nick started posting pictures of his mom asleep with a sign that says “I ask my son for snacks then I fall asleep.” Since he started, he’s become somewhat of an internet sensation. This isn’t the same as pet shaming and may seem a little mean but Nick’s mom is taking it well. In fact, she sees the humor in it as much as her son does.

Take a look at the snapshots Nick took of his poor, unsuspecting mother. Leave your thoughts in the comments section. 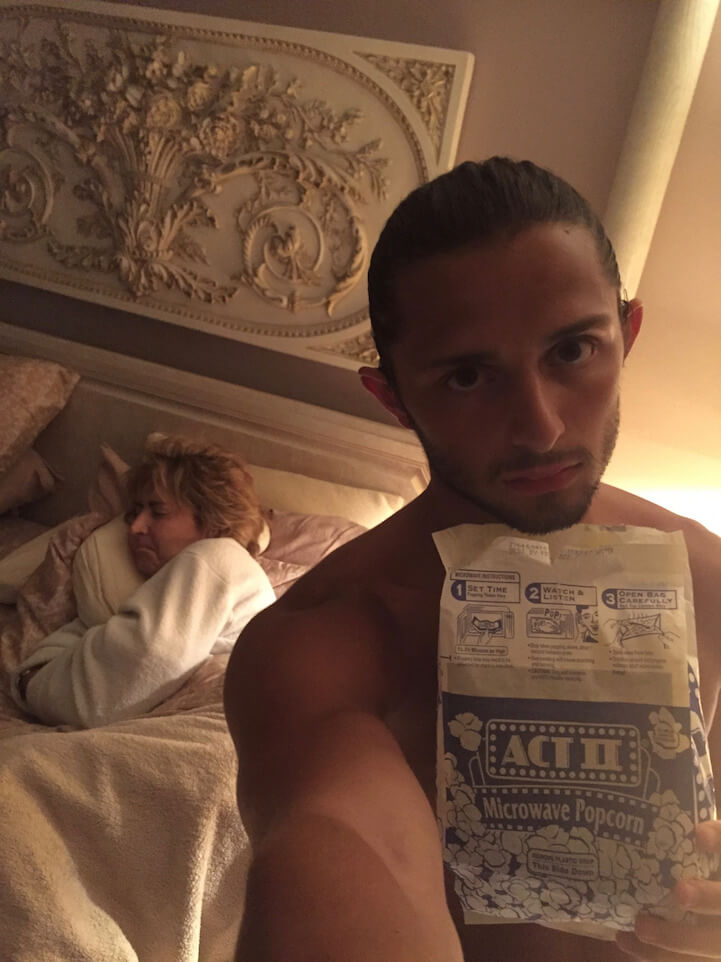 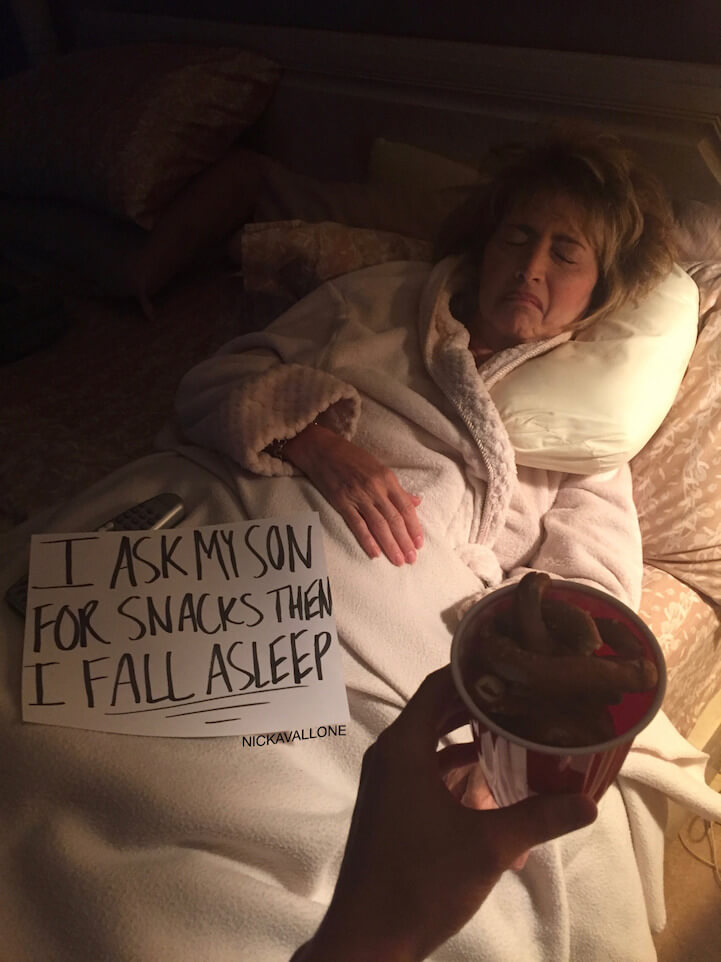 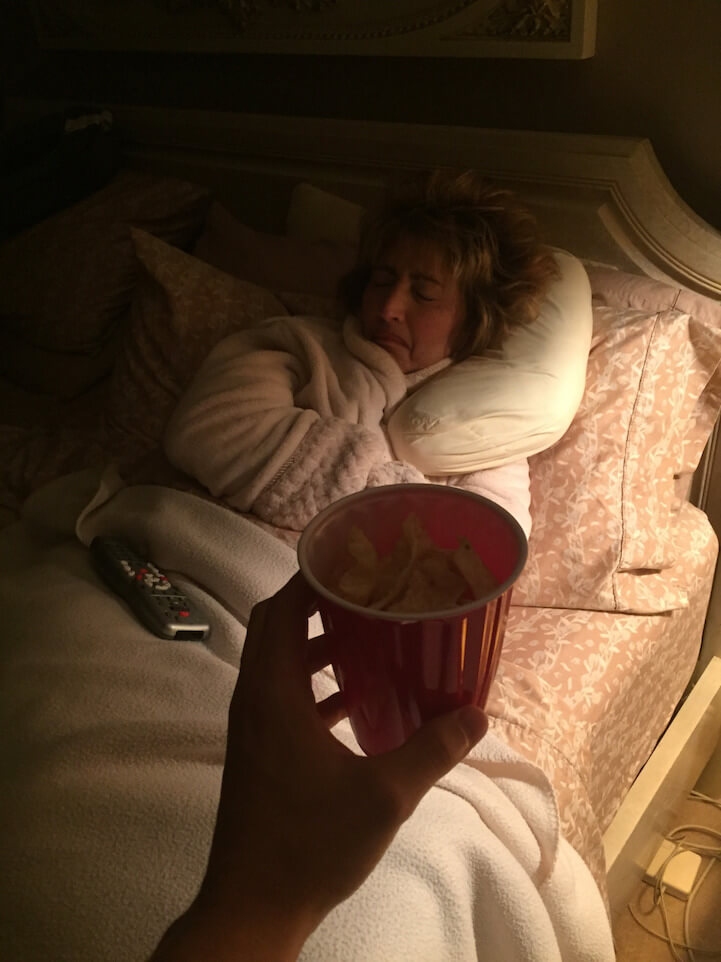 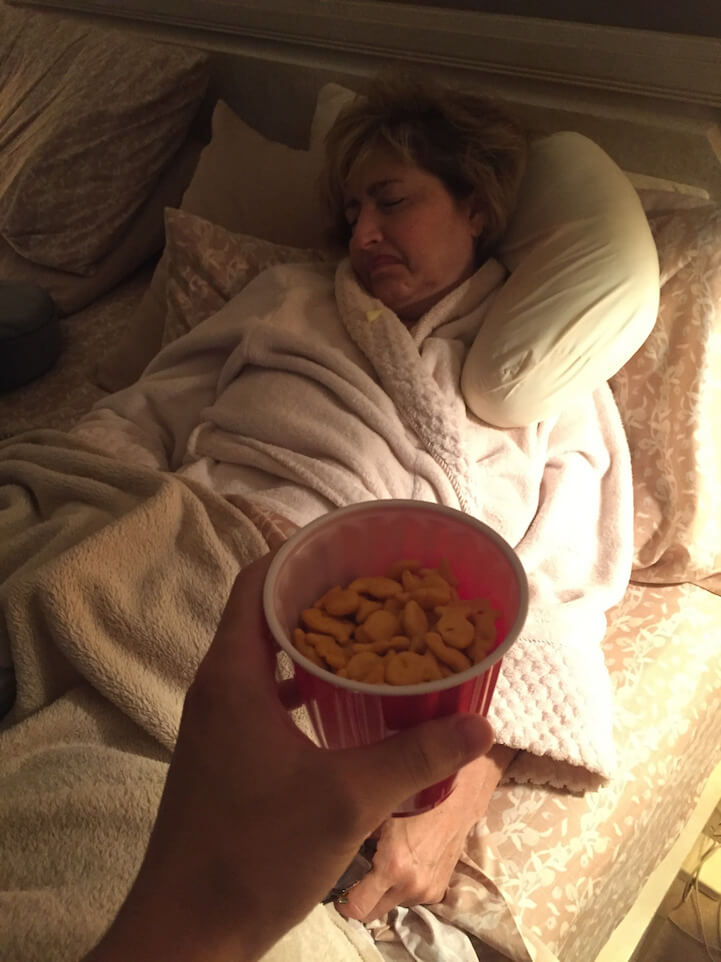 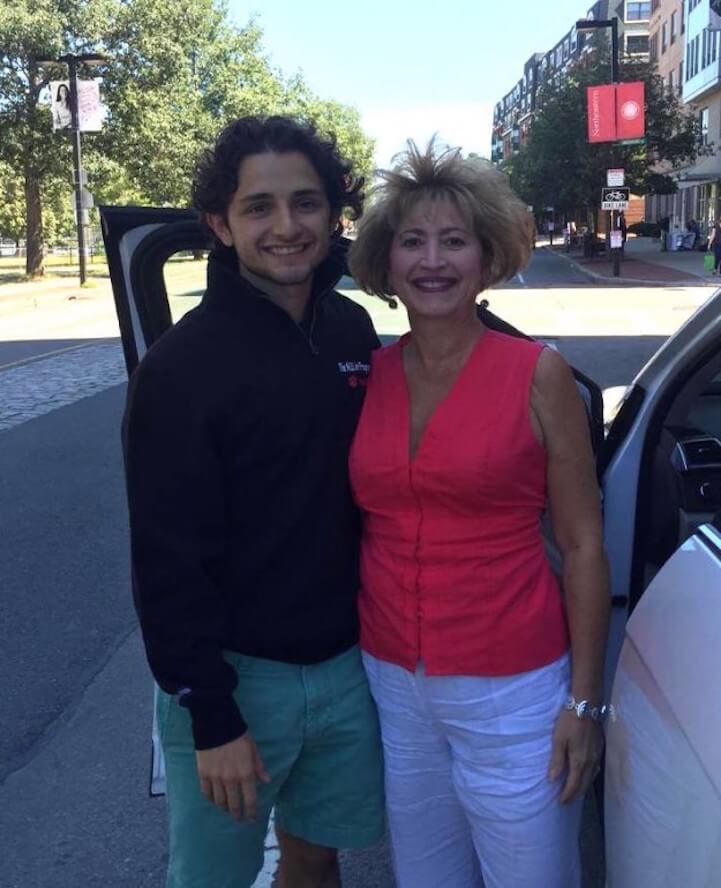