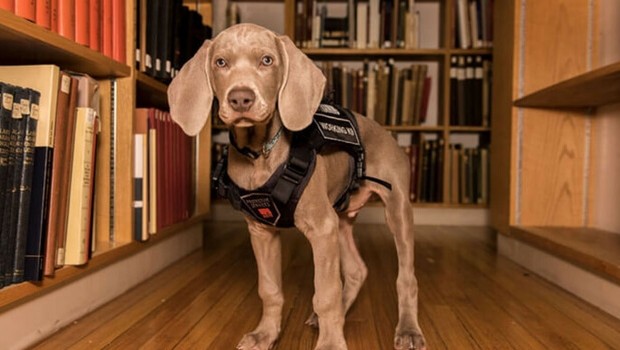 Everybody, meet Riley, a cute, little boy who has a very high-responsibility job. No, it is not running and fetching and sitting patiently in a corner when you order him to do so and not chewing all your shoes and getting off the couch, not all these trifling matters. No! His job is of a more valuable nature. He is the protector of artwork. Yes! He is the guardian of the Boston Museum.

Riley is trained to detect all sort of pests, like moths, that could damage high-value artwork in a museum. The Boston Museum representatives hope they have found the best method so far that could help better preserve their precious artwork:

“It’s really a trial, pilot project. We don’t know if he’s going to be good at it. But it seems like a great idea to try.” said Katie Getchell, the deputy director of the Museum of Fine Arts in Boston. 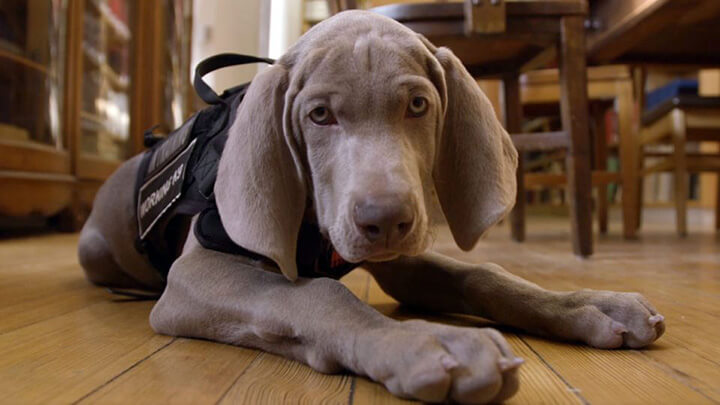 The idea in itself is not bad, since dogs are the best at detecting smells that can lead to explosives, cadavres, bed bugs, ants and various other things. There is no technology this powerful and gifted as a dog’s nostrils. But, unfortunately, dogs are dogs and you can’t just make them sign a contract and have them detect insects that eat through textiles and wood.

Dogs need training, so the question here is: Could the museum staff have trained Riley this much that he can fulfill this job successfully? If the answer is yes, all the artwork in all the museums around the world will have a better and longer life. Museums already have techniques like quarantining artwork that has been declared infested with pests and so on. But who is to say when and how those insects start doing their destructive job?

Museums have millions of people passing through their doors every year. All sorts of bugs can come in, hitched on a visitor’s coat and so on. This is why Riley’s job is so important. If he will succeed, the museum will share their experience with all the other museums in the world and thus implement a new way to fight against pests that can destroy precious artwork. 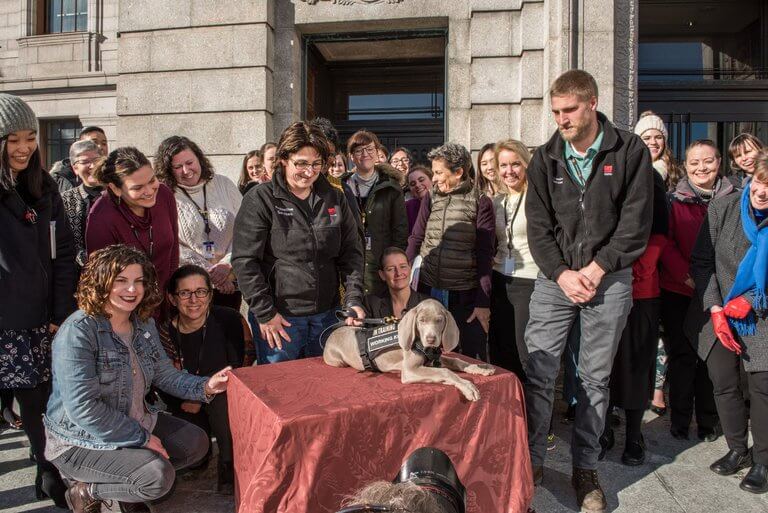 This doesn’t mean that if you go to the Boston Museum, you can pet Riley and give him a hug. What a pity, we know! He’s such a cute boy. Museum officials say that Riley will do his job behind the scenes, exploring the many corridors of the museum after closing time.

Anyways, when people and the media have found about Riley, they now want to see him and meet him. The museum’s staff is wondering if they will have to organize meet and greets and put up an Instagram account for their little Riley. Well, we shall see. Riley is on his way to become a legend and let’s hope that this way, our museums’ artwork is better preserved.