Dear animal lovers and Pokemon fans, we are here to announce the important arrival of the Pets become Pokemon cards series by Brazilian artist Stephanie Parcus.  Some of you have probably grown up with Pokemon and there’s no one on this Earth who doesn’t know the famous, super cute “Pika Pika” utterance and the cute face of Pikachu. A few years ago, the whole Pokemon frenzy was brought back to life with the launch of the Pokemon Go game based on AR and which used the GPS signal to get you out of your house and out in “the wild” hunting for Pokemons. It really caught a lot of attention with people collecting Pokemons on their phones. Then it kinda’ cooled down until this year with the premier of Detective Pikachu movie driven by the star power of Ryan Reynolds and the beautifully-animated Pikachu, with a Deadpool-inspired personality which you’ll come to love.

And if you just want some more Pikachu action, you can check out these Pokemon sneakers.

Anyways, Pokemons are really cute and some of them, extremely powerful, with an incredible set of skills which make them unique. But then, we all might have at home some really “interesting beings” which make our lives a thousand times better and usually annoy us, but we still love them. Yes, pets, whether cats, dogs, tortoises, hamsters, they’re part of our families and we couldn’t love them less. What if they were Pokemons and you could catch them in a Pokemon ball and use them for their incredible powers whenever you’re in need. By incredible power we mean: “extreme meow”, “laziness” , “deadly sploot” or “cuddle and die”. This is Italy-based Brazilian artist Stephanie Parcus did and it’s both hilarious and cute.

The inspiration is not far since many Pokemons were actually inspired by real-life animals, but if you want to see your pet become a custom-made Pokemon Card with a digital image with of your pet and all its attack points, strengths, weaknesses and HP, then maybe you’d like to check out Stephanie’s Etsy page or just get in touch with her on Instagram

1. Pets become Pokemon cards and this is just the beginning 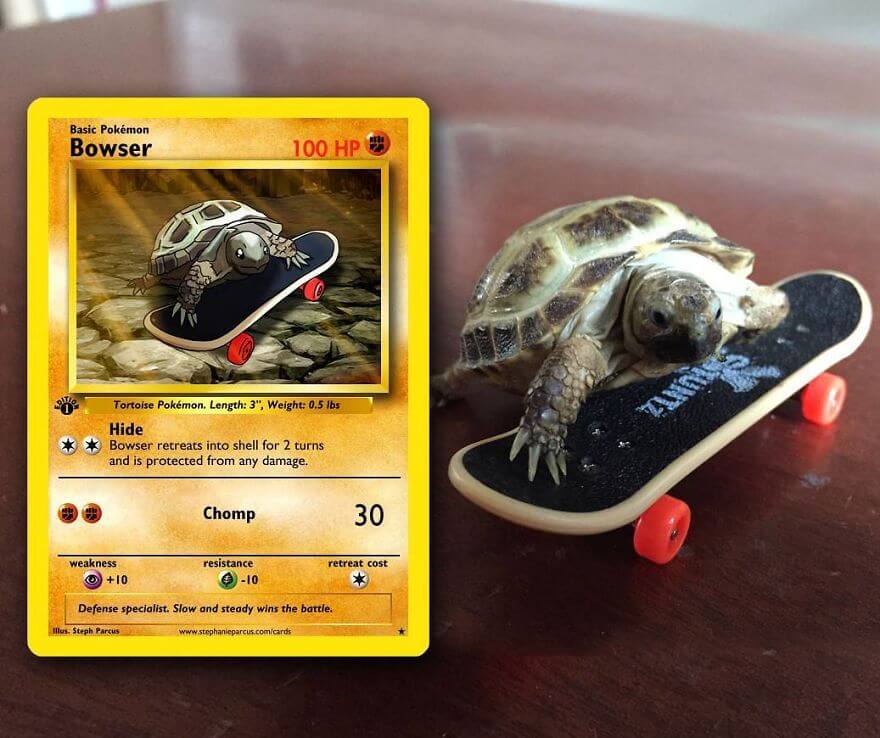 2. Keep Orby well-fed and he won’t ever need a Pokemon ball 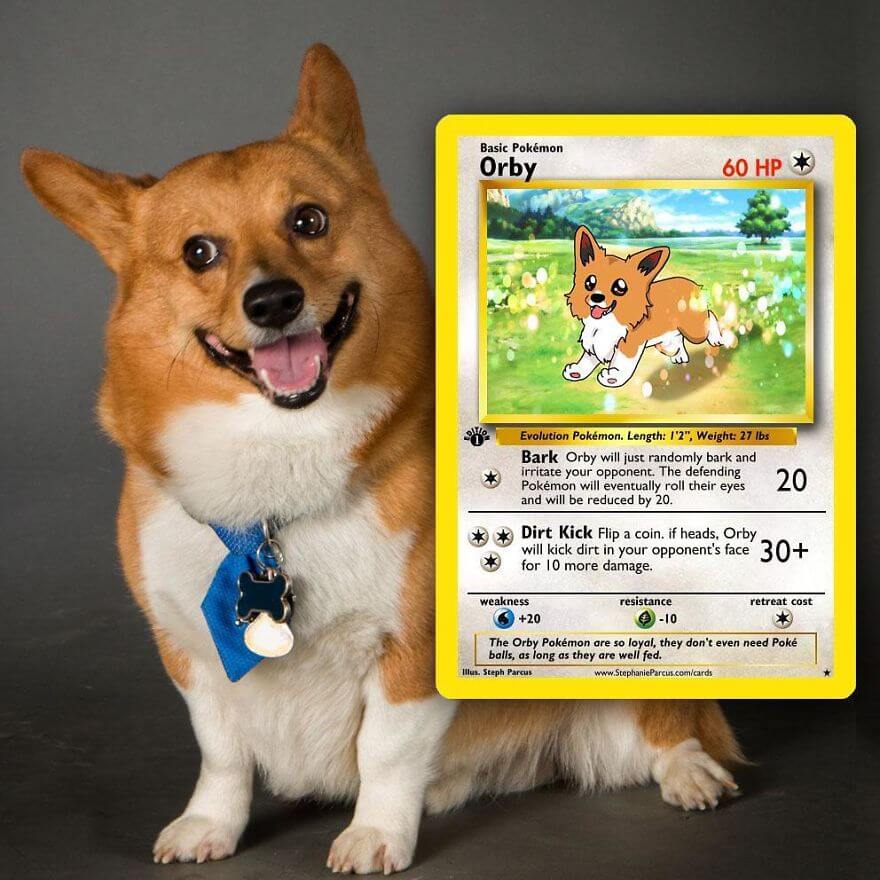 3. You need to always bring the cat food if dealing with Yuki. She can be deadly sometimes! 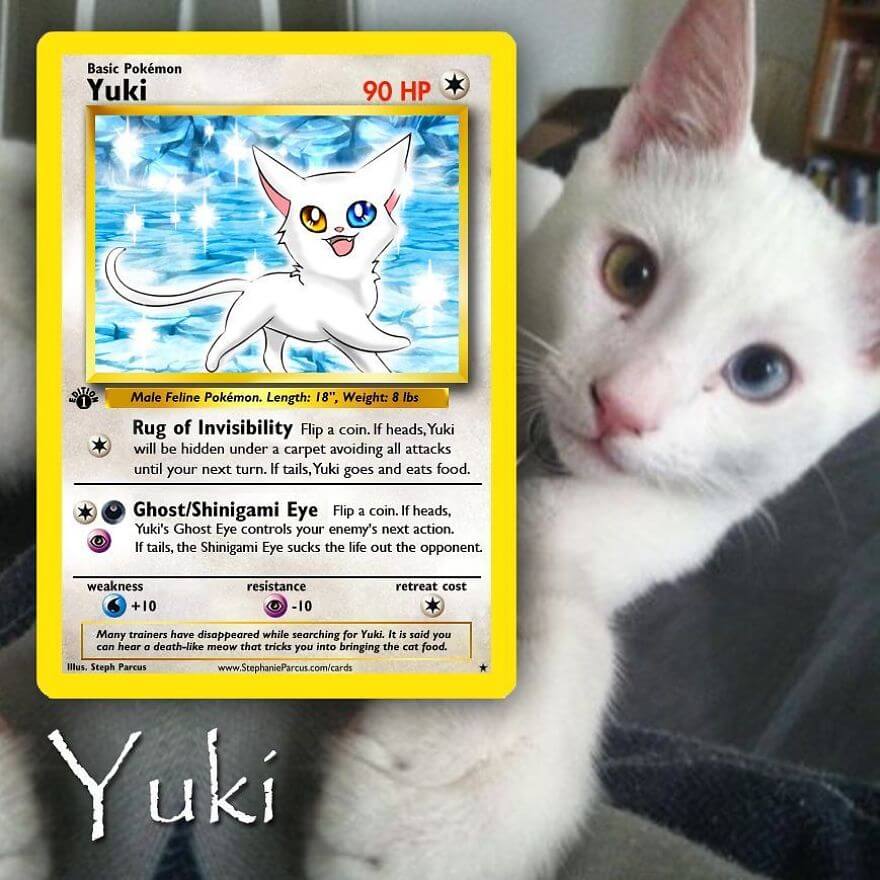 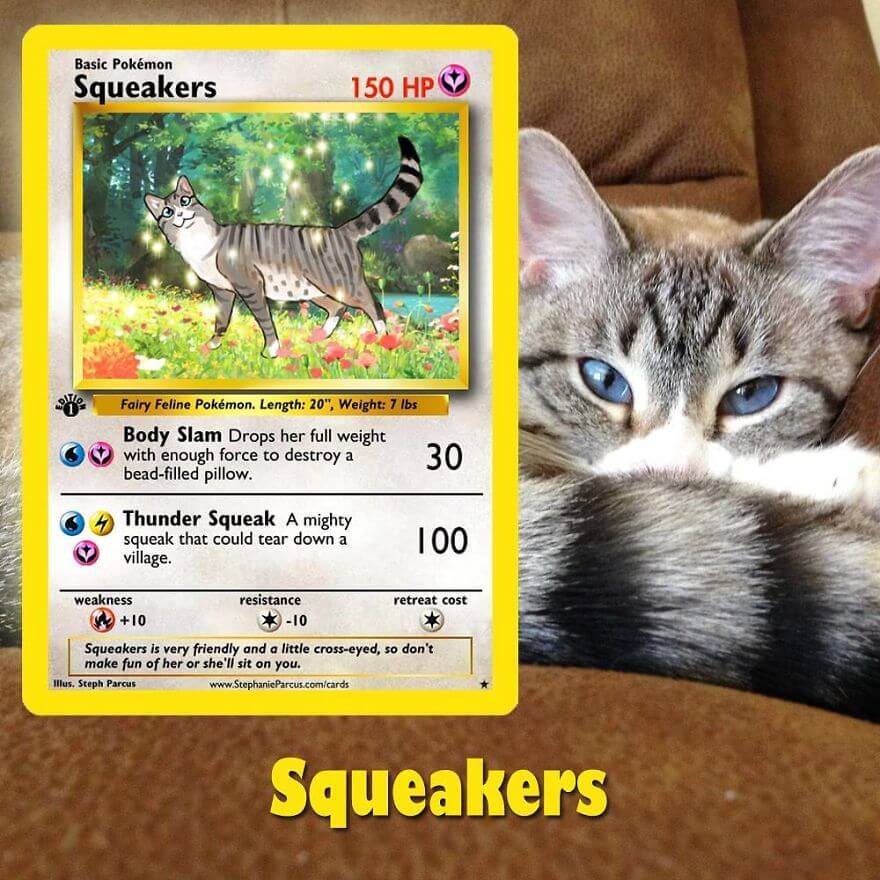 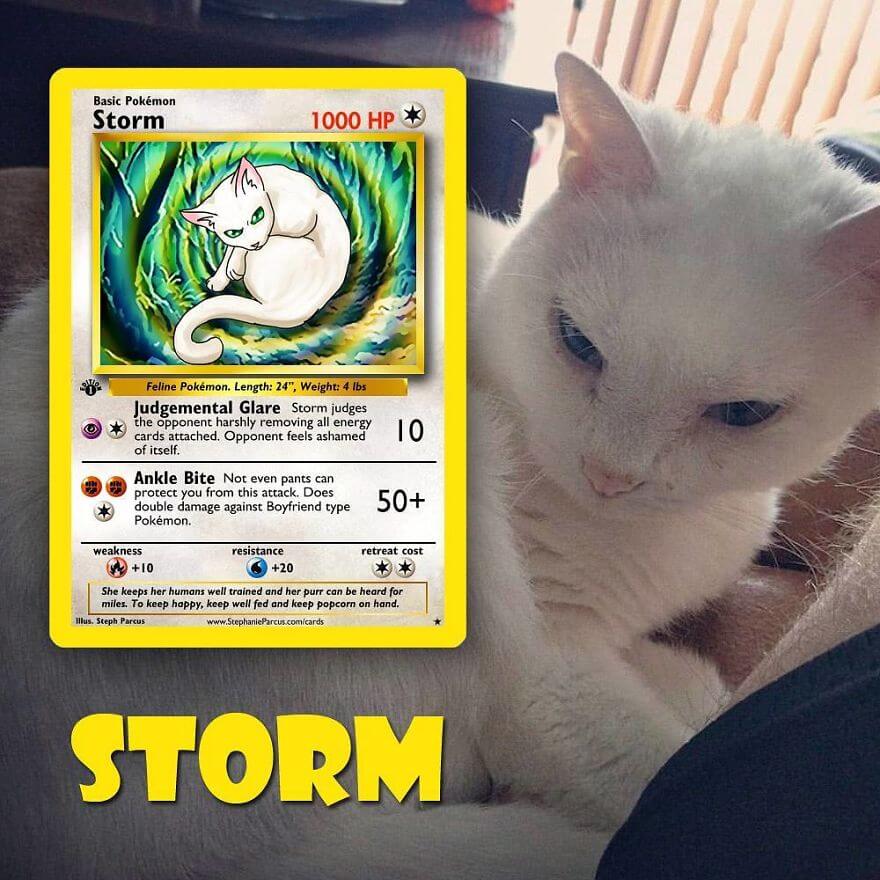 6. Cuddles and adventures and a lot of screaming from Domino 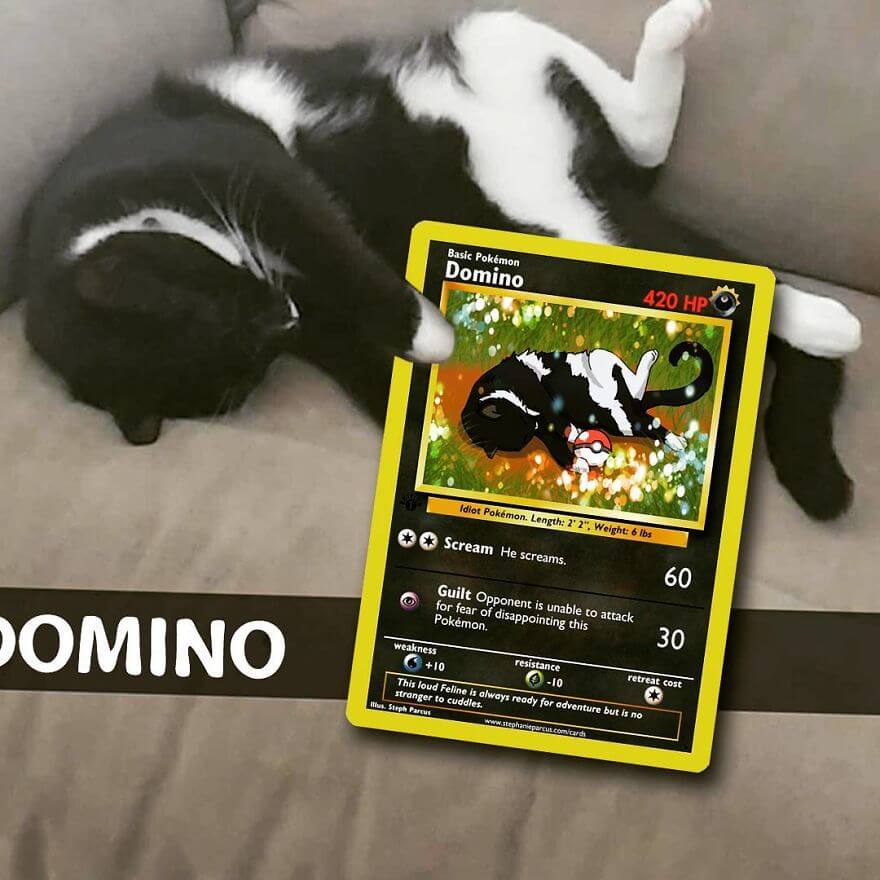 7. Lola’s Pokemon power is eating until she achieves the “ultimate poundage” 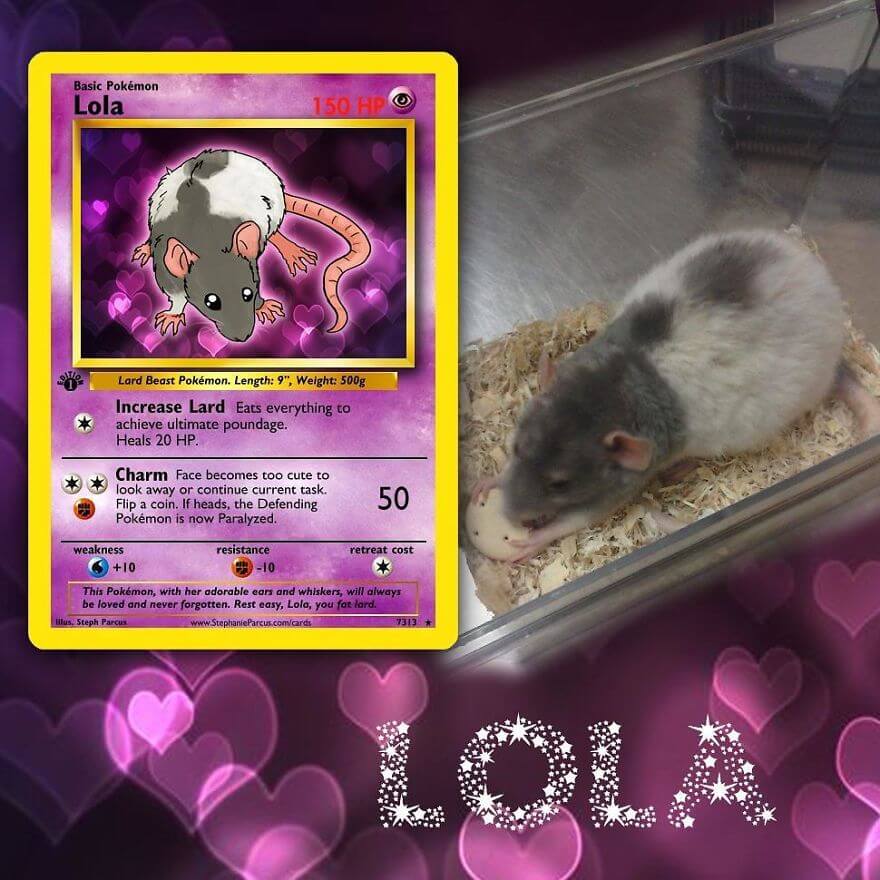 8. Beware of Oscar’s launch off the couch! 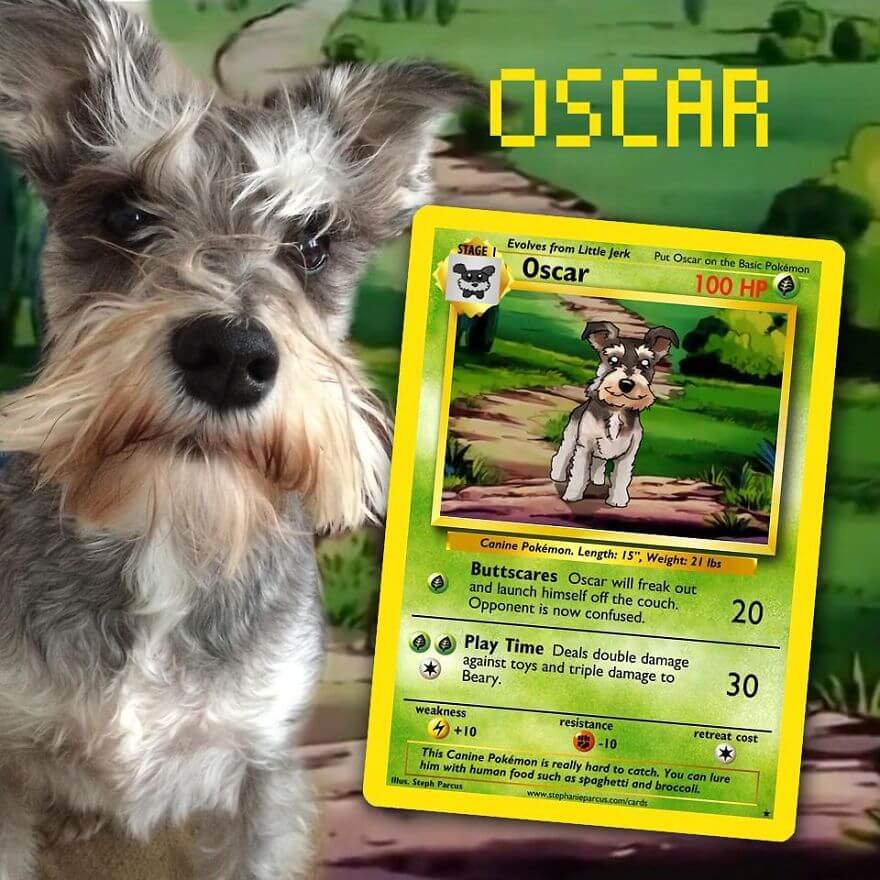 9. Piper is a whistling cute Pokemon 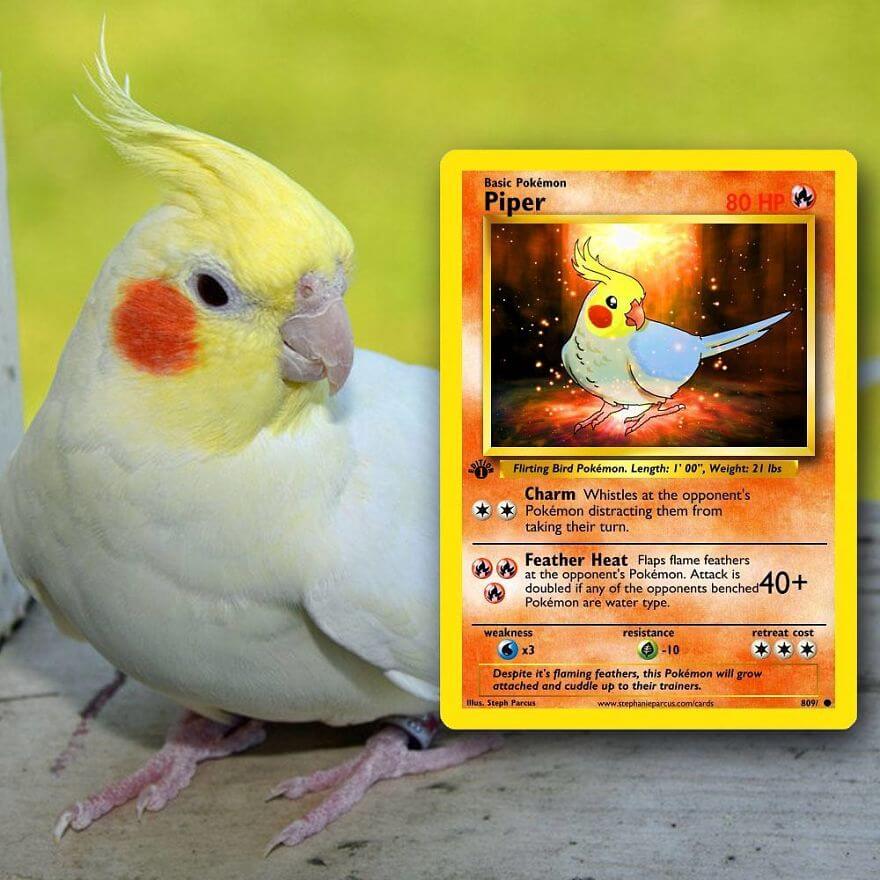 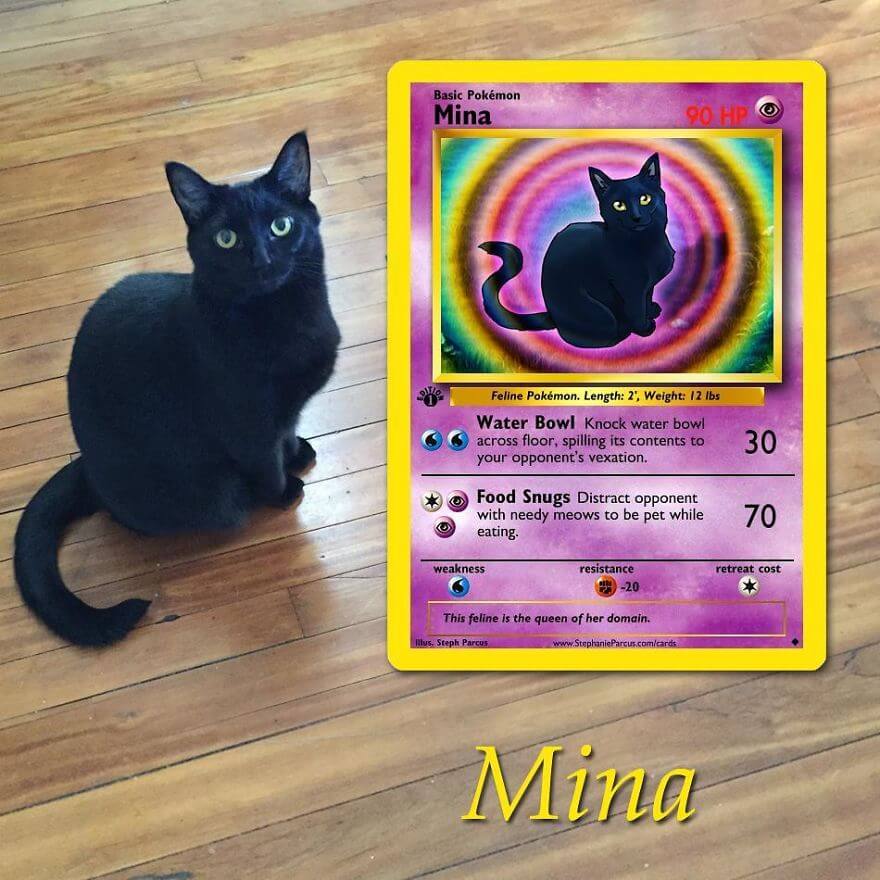 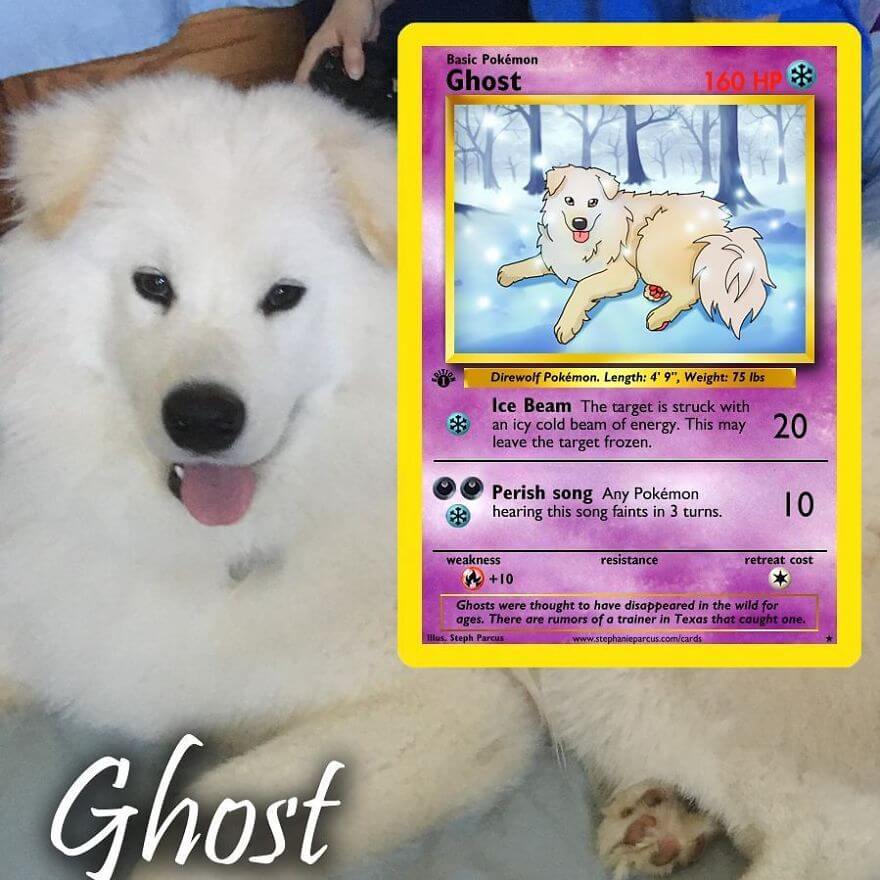 12. Why haven’t we thought before of pets becoming Pokemon cards? 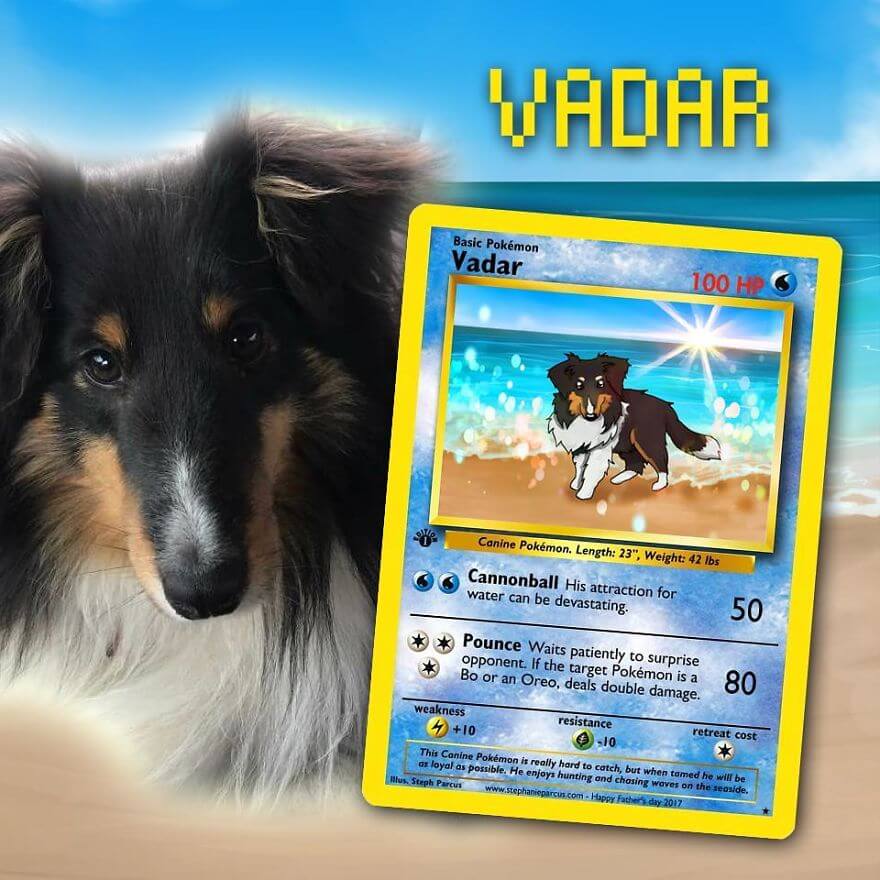 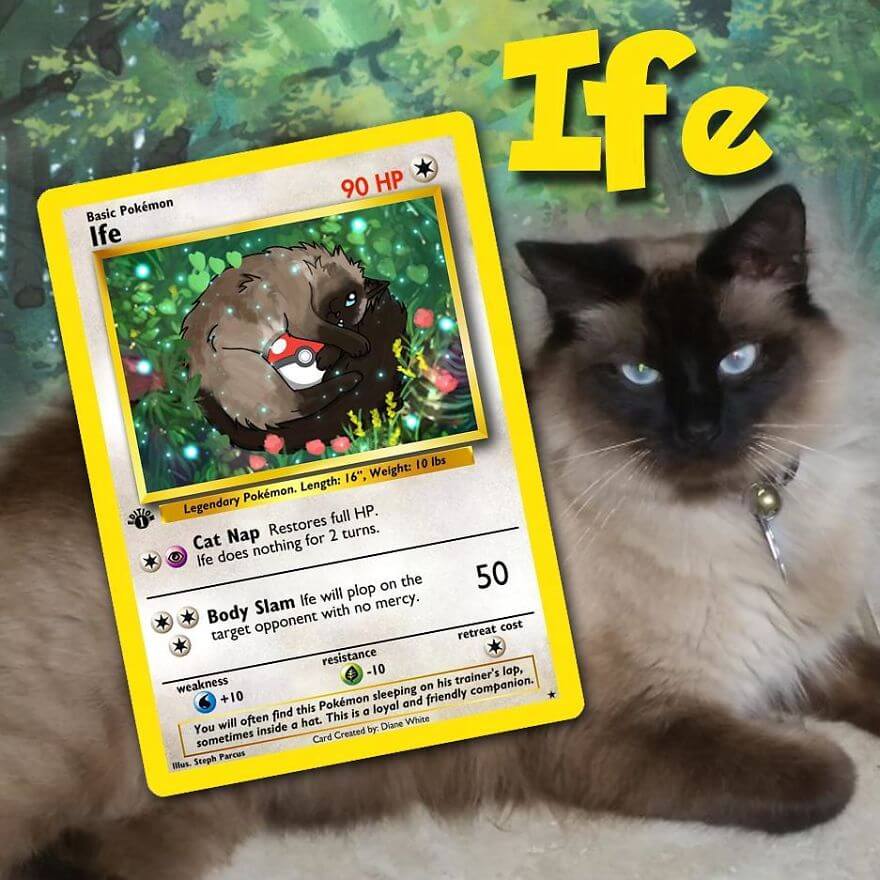 14. That Pokemon who needs no other power apart from cuteness 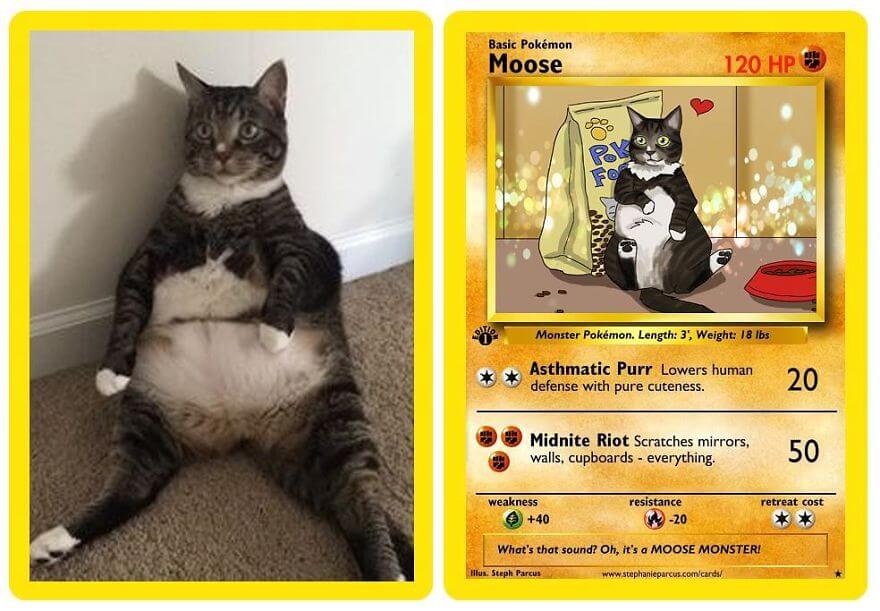 15. Vicious is her name! How did she become Pokemon? 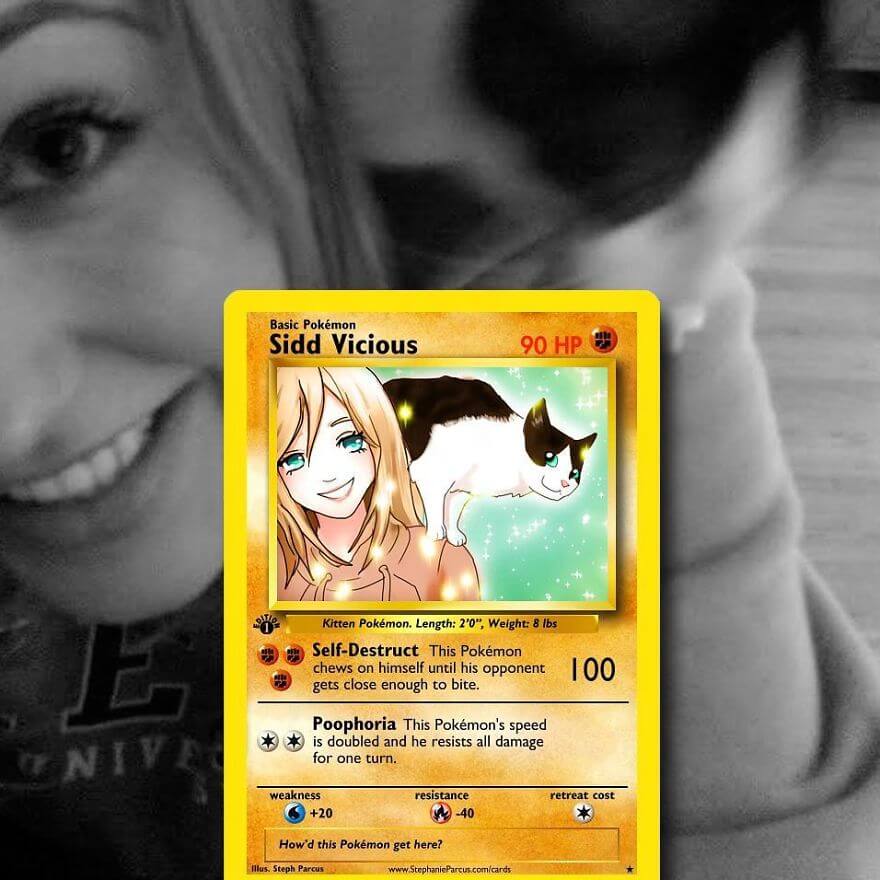 16. Drool is dangerous. Drool is secret weapon. Watch the drool! 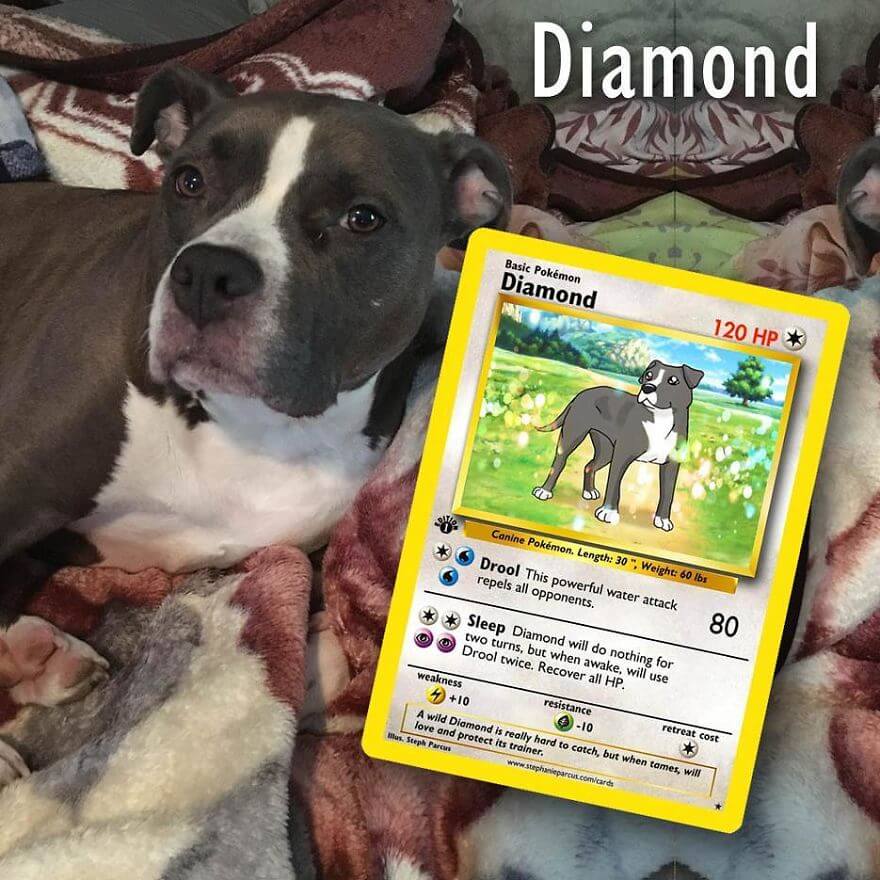 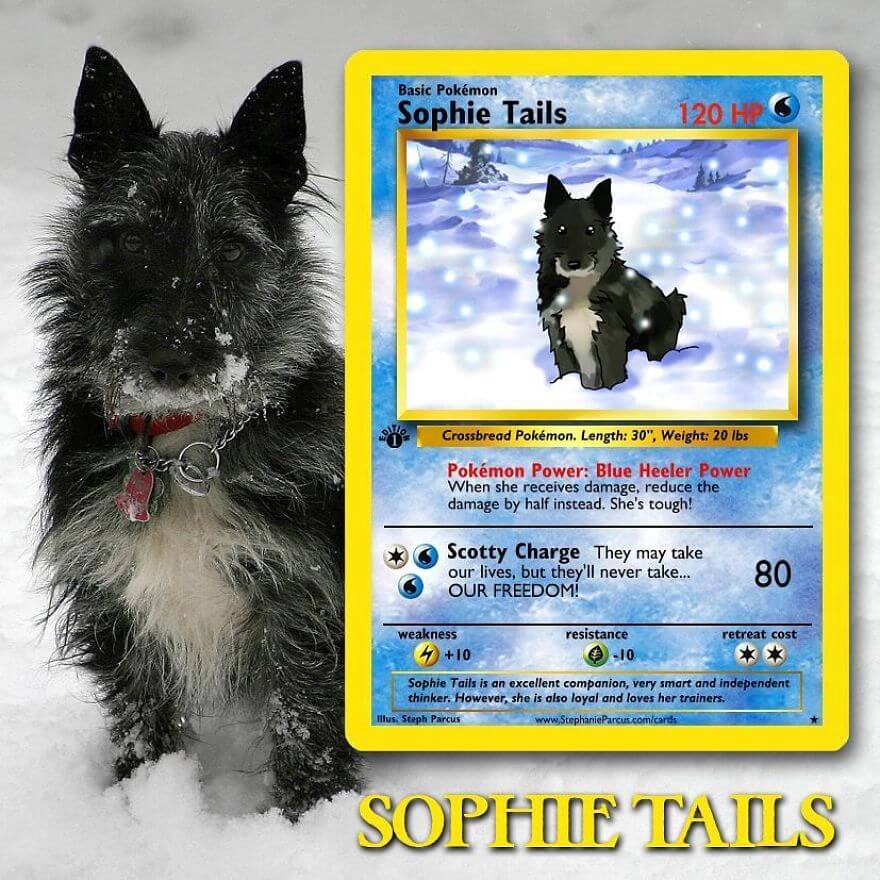 18. He’ll kill you with the cutest sploot on Earth 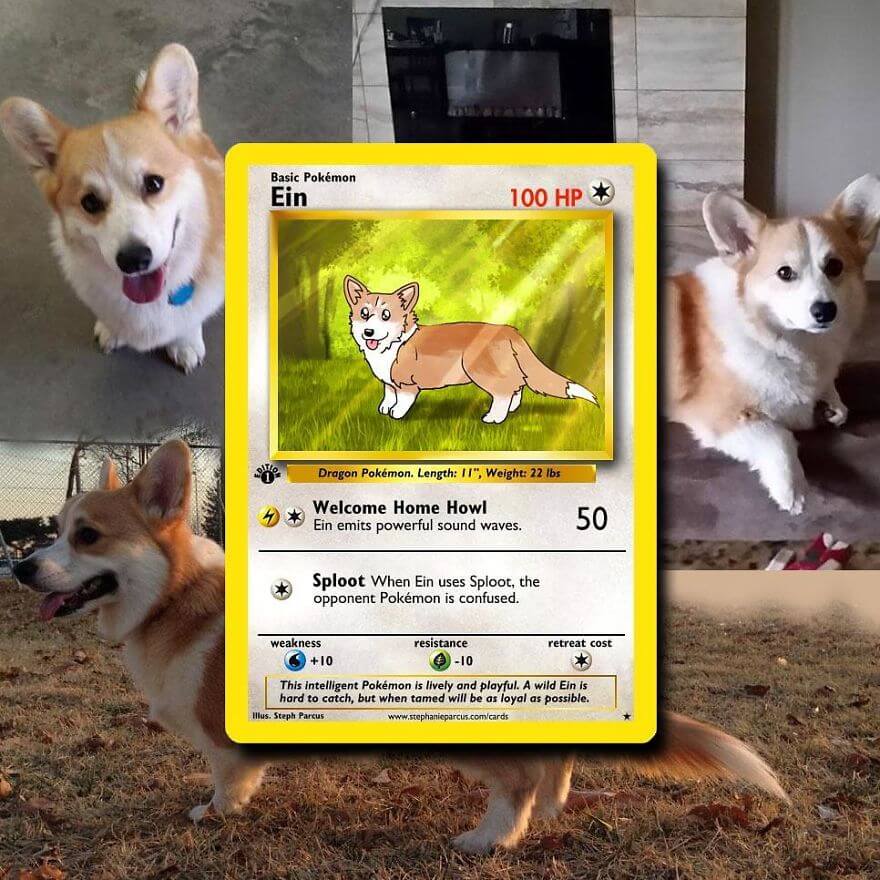 19. Those litter feet are dangerous! 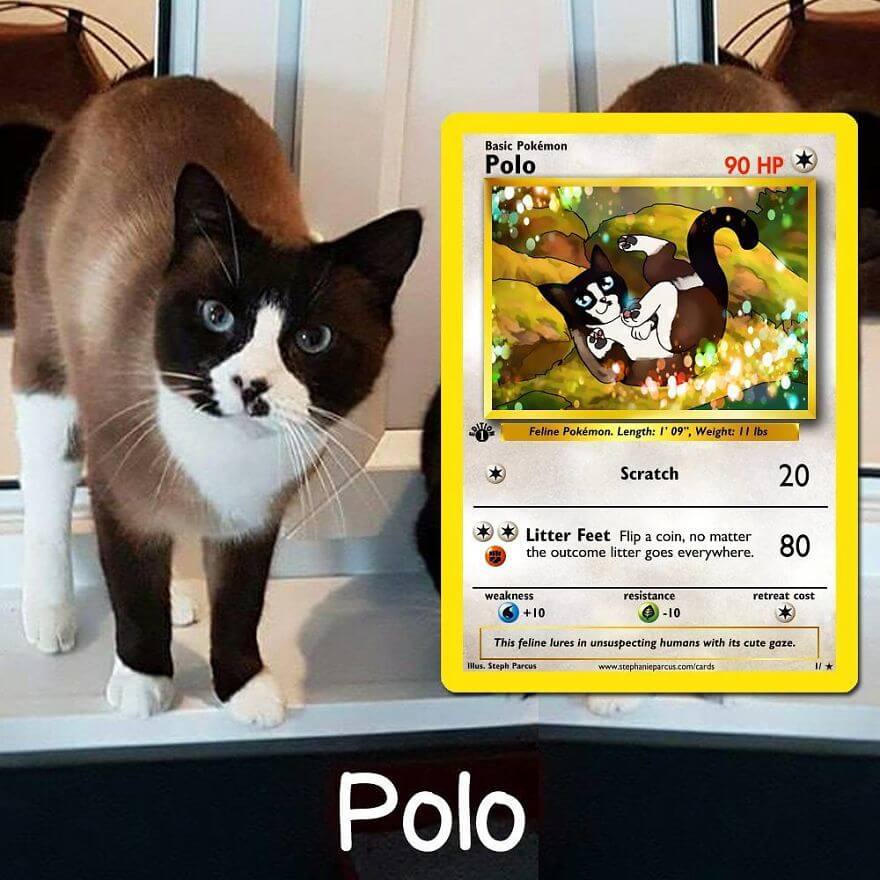 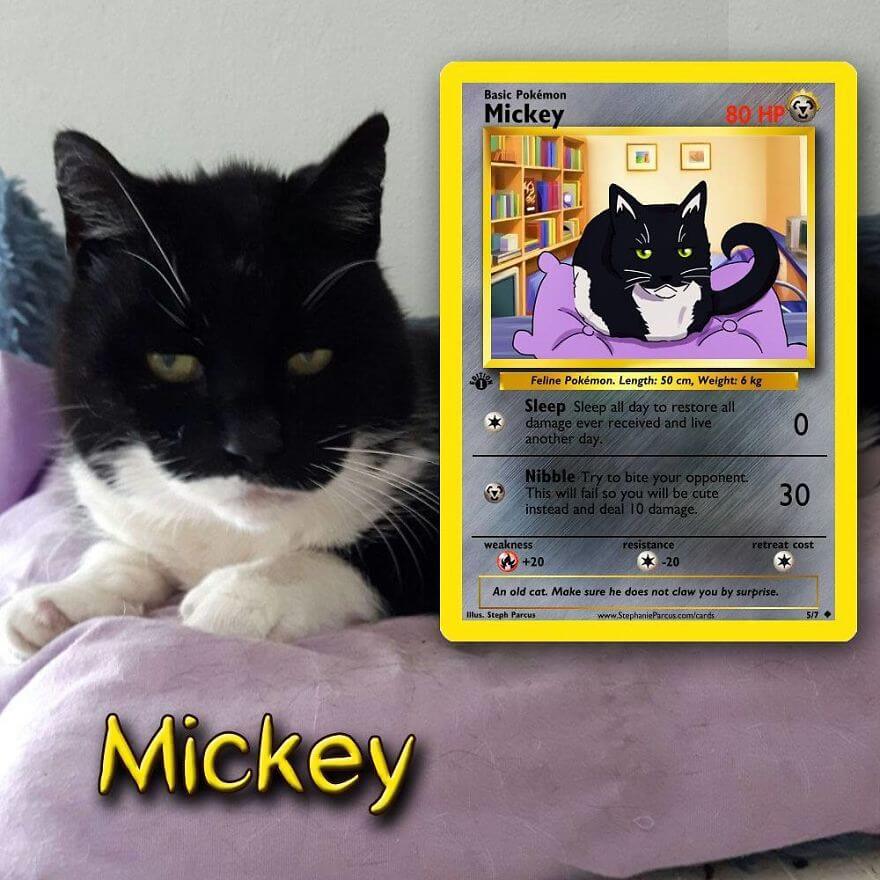 9 Brunette Hair Trends You Will See Everywhere This Summer!