A library in Massachusetts decided to pay an honor to numerous patrons who come with the least possible details about a book they want to borrow. I bet you were also trying to find at least once in your life some book in the library not being able to recall neither the title or the author.

All you had in your mind was a blurry image of the covers. Apparently, this happens pretty often, so these guys from Massachusetts’s library decided to troll their patrons and installed a special bookshelf dedicated to “books with red covers”.

Librarians are usually patient people with superpowers which they use to find for us desirable book even if we can recall just some insignificant detail about it. This bookshelf, once its photo appeared on the Internet, started an avalanche of comments by librarians and the challenges they’ve faced with various strange requests coming from the visitors.

On the other hand, many people recalled how they’ve been in an embarrassing situation not being able to recall the essential info about a book they were looking for. Some beautiful stories came out too about long loved books, almost forgotten, which people found thanks to kind and skillful librarians. This redit user told this kind of story and you’ll need a tissue if you decide to read it.

Library in Massachusetts “pays an honor” to numerous patrons who come with the least possible details about a book they want to borrow. 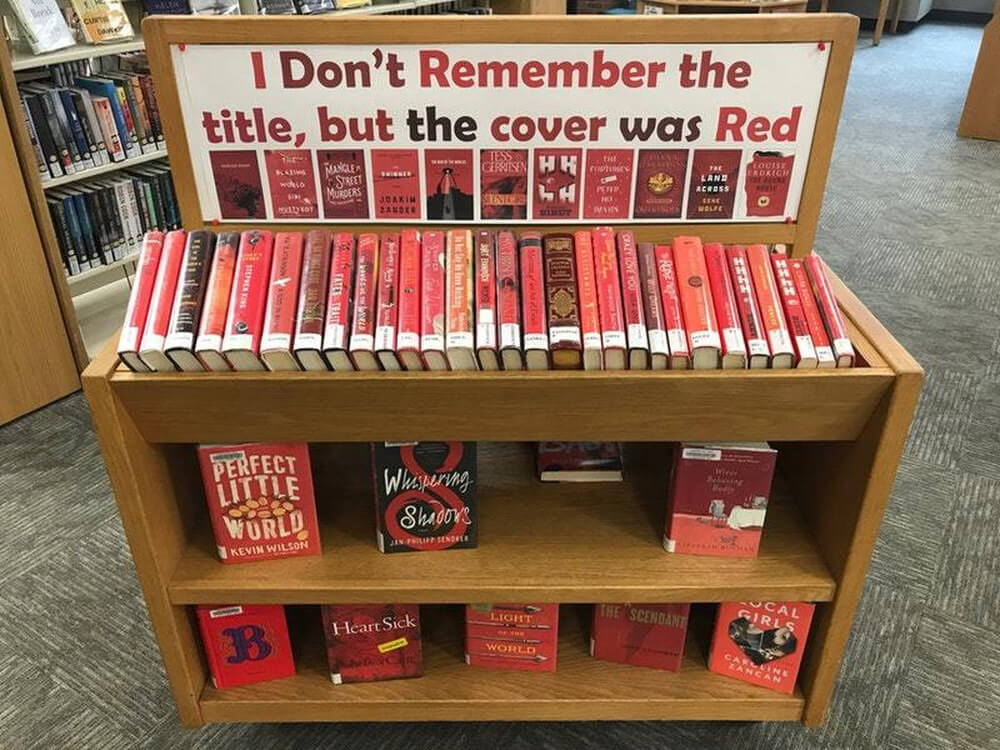 When libraries troll their patrons. pic.twitter.com/Hn8a96f8je

Some other library had the same thing with blue book covers

Yeah apparently we had a blue version of this display some time ago, but I missed it!

Another worker sharing his experience

. Usually used to be blue travel guides. We used to stun people by leading them to the exact book they wanted.

But like 60% of the time, they had the color wrong.

This librarian nailed it on the first try even though her library had over 200,000 books!

My proudest moment was working in an episcopal library of 200,000 books, someone asked for 'that book about bishops with a yellow cover' and I got it straight away *even though it was purple*

Working at a record store was the same deal

The small victories of people who work at libraries

Doing with your hands, ” this big ” won’t really help find the book so…