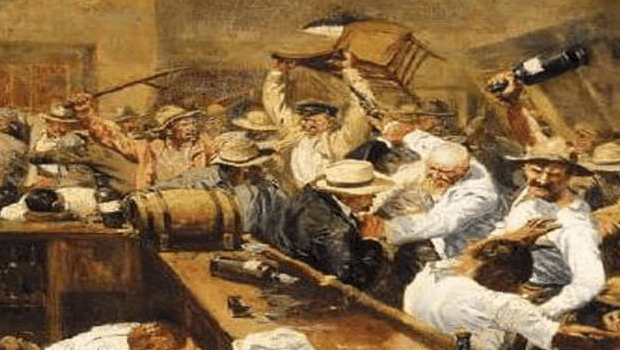 If World War 2 Was a Bar Fight it would be something like this: There was this guy, Germany, at the bar. He was quite angry that everybody was drinking with his money and decided to do something about it. And that’s how we got World War II. Almost…

So, ladies and gentlemen, are you ready for a history lesson today? We’re going to talk about WW2, as if it was a bar fight. So, there was this guy, Germany. He decided that he should do something about it. He first sees Austria sitting there all by himself and grabs his arm. Then does the same with Czechoslovakia.

England and France are not happy with Germany’s behaviour, but Germany doesn’t mind and knocks Poland off their feet. Russia then taps Poland on the shoulder, while German smashes their head. Denmark, Norway, Holland and Belgium are then knocked out cold on the floor from a single blow from Germany, while Russia manages to kick Finland in their guts.

Italy goes through Ethiopia’s pockets and is enjoying it. France wants to do something about it, but stumbles across. Germany and Italy become best friends. Bulgaria, Hungary and Romania want to join in in their friendship. Britain remains behind the bar and tosses empty pint glasses at Germany.

Italy cries for help and England, Australia, New Zeeland and South Africa are all at him preventing him from beating Egypt. Germany is helping his friend, rolling his eyes. After finishing business in the sandbox, Germany, the toughest guy in the room goes and knocks his buddy, Russia, right in the balls. Finland, Hungary, Italy and Romania help Germany. Russia is confused. Germany goes on beating Russia, while Britain is kicking sand in Italy’s face and then team up with Canada to throw pickled eggs at Germany’s back.

Meanwhile, the bartender Switzerland is sitting there watching it all unfold, ducking the occasional flying bottle, billiard ball or whatever.

USA, Canada and England all team together, knock Italy out and then are joined by South Africa, New Zealand and Poland to knock Germany out. Even Brazil and France jump in placing punches on Germany’s head now that it’s getting weaker. Germany and Italy finally give up. This World War bar fight is not done yet though…

Meanwhile, Japan is still poking USA in the back. USA can’t forget the massive chair blow that came unexpectedly from Japan and, with the help from some engineers, USA heaves the piano over the second floor and lets it land noisy and heavy on Japan’s head. After one destructive blow, they go and take another piano and repeat the procedure. From underneath two massive pianos, Japan rises a tiny little white flag. Peace, at last, but somebody’s gonna’ have to pay for the mess…

This could be the first world war bar fight, maybe, who knows. 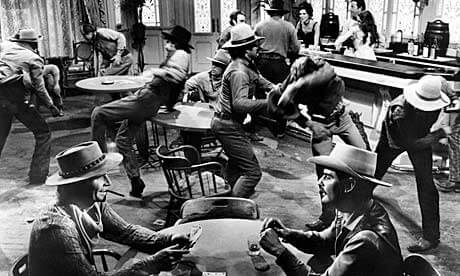 Related ItemsfailLOLnewsWTF?
← Previous Story Guy Posted On Social Media He Was Lonely And Wanted To Meet Friends. Soon After He Created a Movement Reaching 10,000 People Who Feel The Same
Next Story → 17 Hilarious Leslie Nielsen Quotes As Frank Drebin From The Naked Gun Series