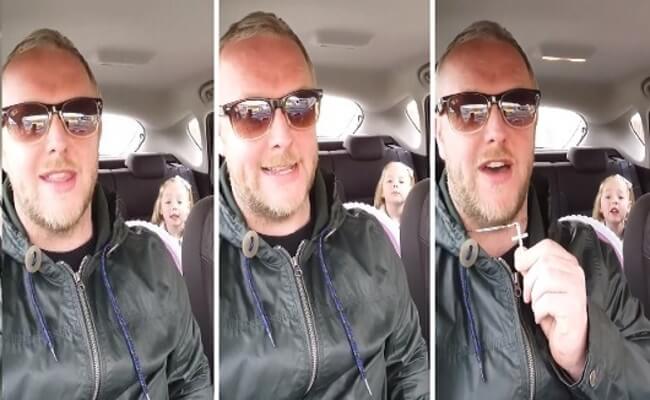 No father wants to hear the news that his “baby girl” is looking for a boyfriend. Most parents hope that they won’t have to deal with that situation until their daughters reach their teenage years, but for one father the talk has come super early.

SEE ALSO: 4 Year Old Boy’s Reaction To The Song ” Say Something ” Is The Most Important Video On The Internet

John Tierney of South Lanarkshire, recorded this hilarious, but pointed conversation with his four year old daughter. Listen to the playful, but serious bantering between the two. When you hear it, you’ll swear that stubborn runs in the Tierney family! When the little princess announced that she would get a boyfriend whenever she wanted, Daddy threatened everything from locking the boy up, to physical violence, to finally telling his daughter that she would  “be a nun, you’re going to work for Jesus”.

The little girl held her own through the whole thing. Until the bitter end she voiced her desires to find a boyfriend! Maybe we can check back in a few years and see who won!