Dogs and cats are fictitiously believed to be rivals in all things, yet in real life, there are so many stories that prove cats and dogs can be best of friends especially when they live in the same house. There are movies that depict cats are the ones afraid and trembling when they see a dog coming their way so they tend to hide themselves in higher places where dogs can’t reach them. In their mind, they’re thinking, “I’ll have my sweet revenge”

In Netherlands, a brilliant creative designer, Erik Stehmann designed a very witty scratching post shaped like a dog intended not just to give more beauty to the house but also to become an efficient therapy tool for cats. Cats, probably are the happiest creature in the house with this scratching post.

The scratching post is named after its shape. DOG for the bigger one while PUP for the smaller version. This very useful post not only spare all your furnitures from cat scratch, but it is also an outlet for cats to finally unleash their exasperation with their rivals.

By the photos and videos below, judge for yourself how these cats enjoy this scratching post. They will never see a DOG like this in their  entire life who’ll never chase them to death. 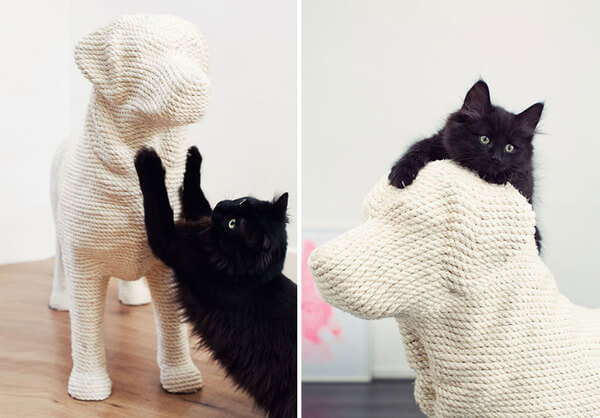 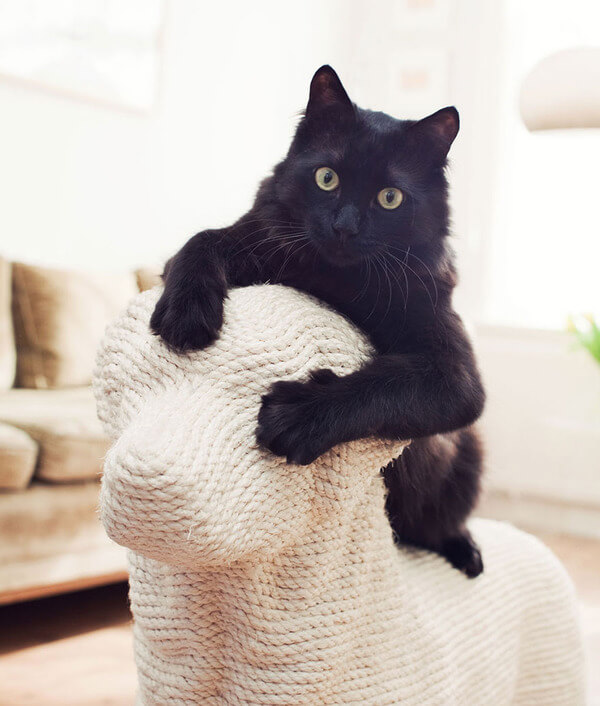 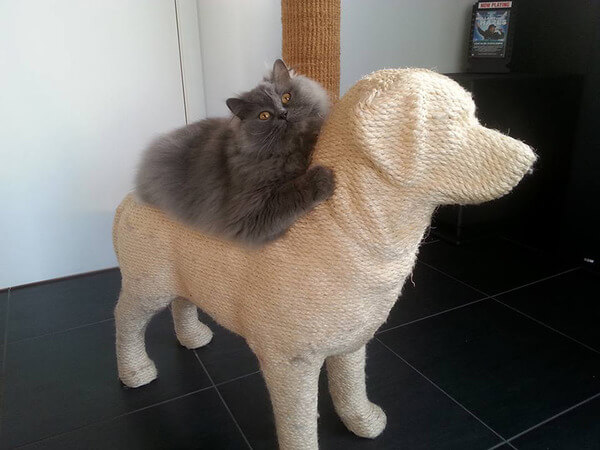 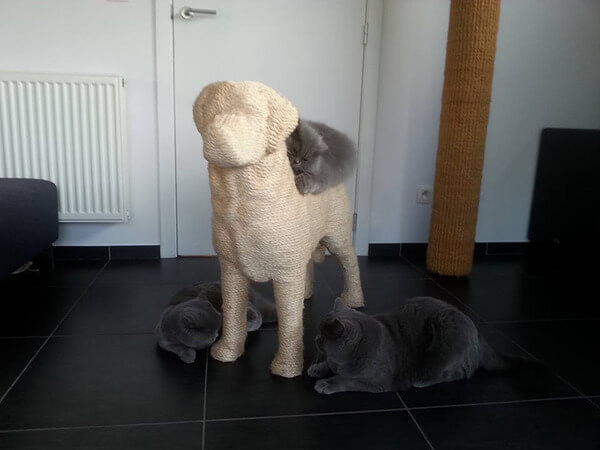 Related ItemsnewsWin
← Previous Story The Ronda Rousey Holly Holm Rematch Is On! a Date Has Been Set
Next Story → Justin Bieber Just Got a New Neck Tattoo – Check It Out