Home / Entertainment / The Ronda Rousey Holly Holm Rematch Is On! a Date Has Been Set

After several weeks of talks and rumbling, the news finally dropped and we have a date for the epic rematch of the century in the UFC world. Ronda Rousey and Holly Holms will go at it again according to UFC head honcho Dana White on July 9 in Las Vegas. It’s easy to say that is the most anticipated match in recent years after the stunning loss in Australia . 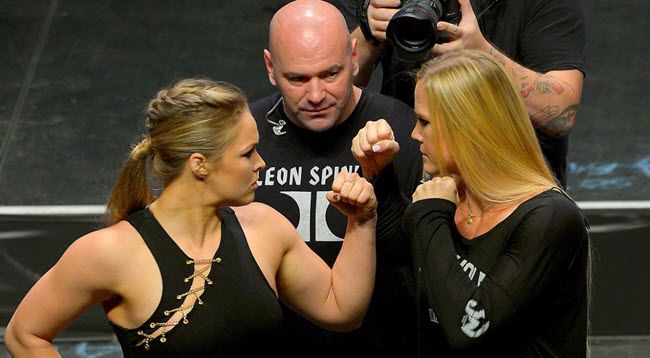 The seven month break until the match should give Rousey enough time to heal from her injuries. In a recent interview she made with ESPN, Rousey talked about the mental and physical hit she took from that fight:

” I got hit in that first round…I cut my lip open and knocked a couple of my teeth loose. I was out on my feet from the very beginning. It was like a dumbed-down dreamy version of yourself making decisions. I was just trying to shake myself out of it. I kept saying to myself, ‘ You’re okay,keep fighting. You’re okay,keep fighting’ ” …” I just feel so embarrassed. How i fought after that is such an embarrassing representation of myself. I wasn’t even there. ” 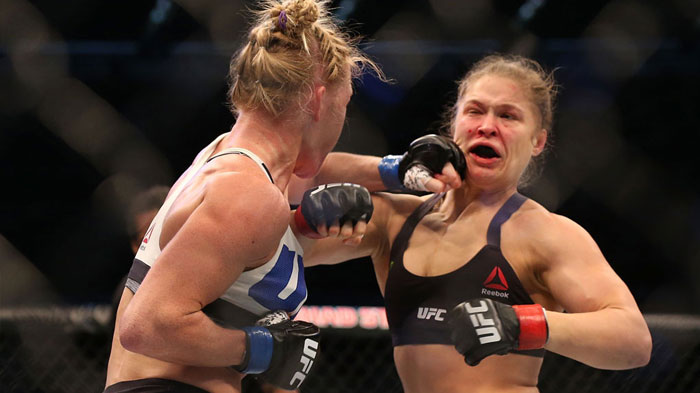 OK so now that you’re pumped , this needs to be clear that this date is not set in stone. The UFC still haven’t made their big Twitter announcements with all the info like they usually do. But as of this moment, it is on!