This article is to show appreciation to the animal shelters and rescue centers around the world who spend days and months taking care of abused and abandoned animals and saves their lives . most of the rescuers are volunteers who take hours out of their own time fore this blessed task . We wanna say thanks to them . and if you want to show your appreciation too maybe move this article to a friend so they will know how much we love them . Here are 16 dogs who was rescued and was given a second chance

1 : Rasta – This little guy was found wandering the streets of Montreal and he was so filthy it was even hard to notice it was actually a dog . look at him now , all clean and happy 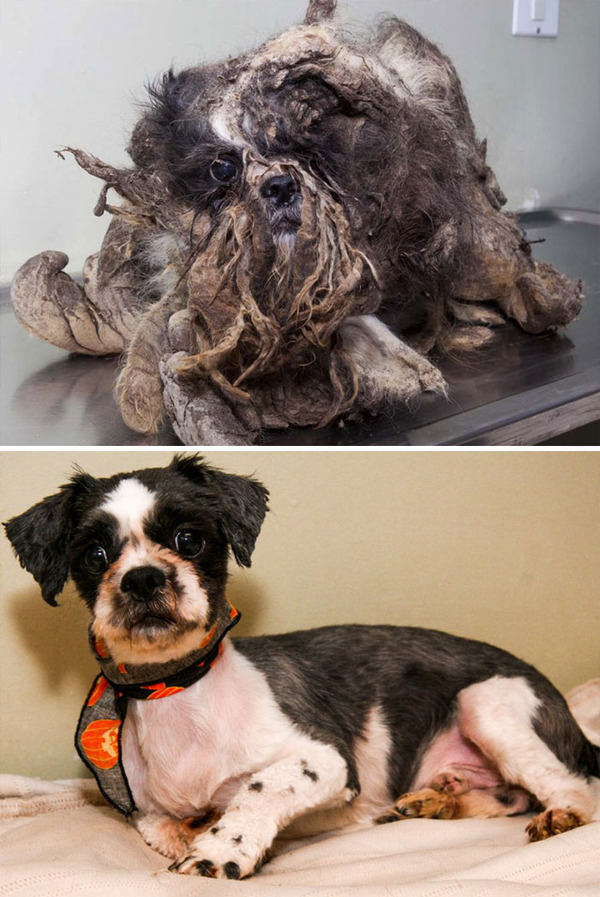 Quebec Society for Protection Of Animals

2 : Miley – The poor thing was found living in a trash pile , she was severly injured and was not able to walk  , now she is healthy and happy and has a new family 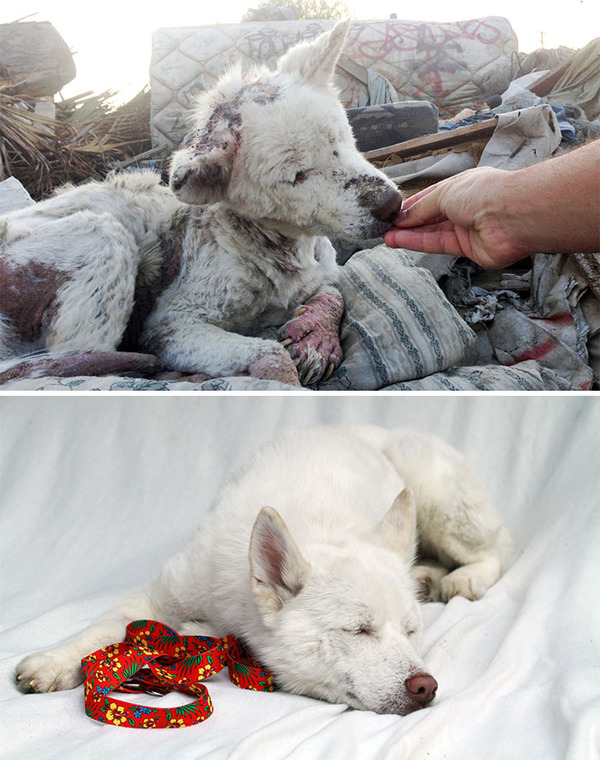 3 : Kenzi – Kenzi was a bad case of neglect and abuse , when he came to the Cocker Spaniel Rescue Of Austin & San Antonio he was in real bad shape . Look at the huge improvment a bath and some love can make 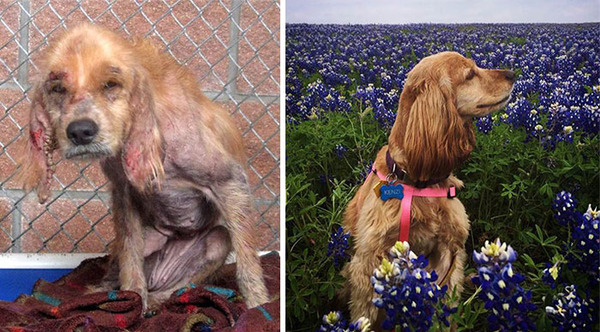 4 : Ellen – This dog was found in an acess shelter and was a big pile of hair , believe it or not but 2 pounds of hair was shaved from Ellen and after a good bath and care she is ready for a new family 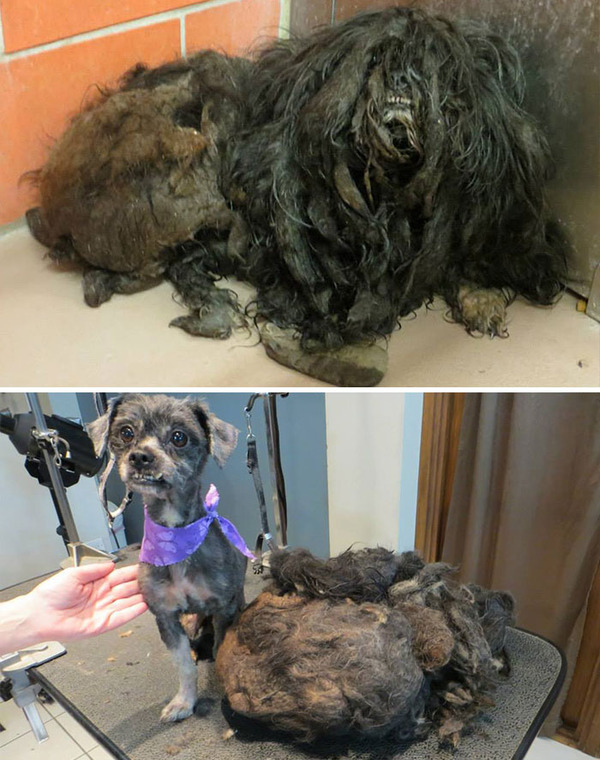 5 : Dolly – A women saw this little pooch eating from a trash can in Los Angeles and called Hope For Paws to rescue her , Look at her now – all fluffy and happy

6 : Theo – This cute dog spent a year living on the streets after his owner abanded him . Hope For Paws spotted him and gave him a new life 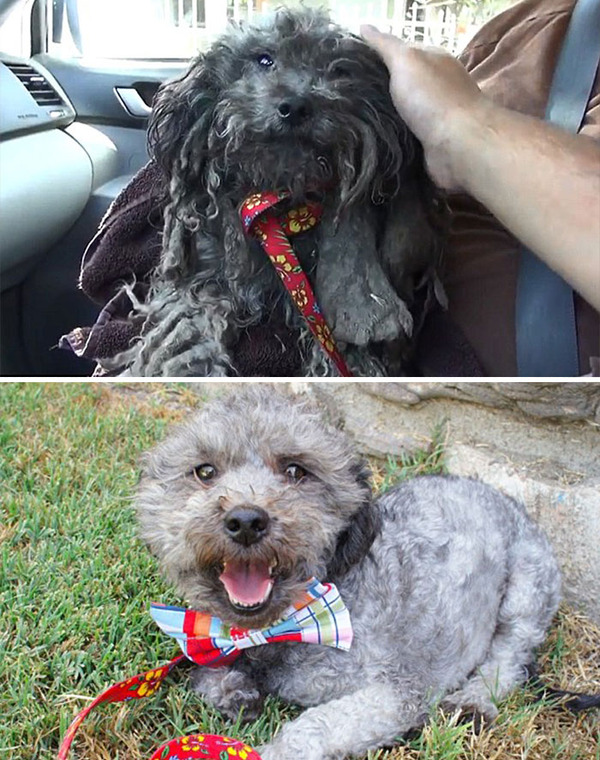 7 : Betty – Was also abandoned by her owner , in the picture on the left you can see she is pretty sad. but on the right she is starting to get her hope back 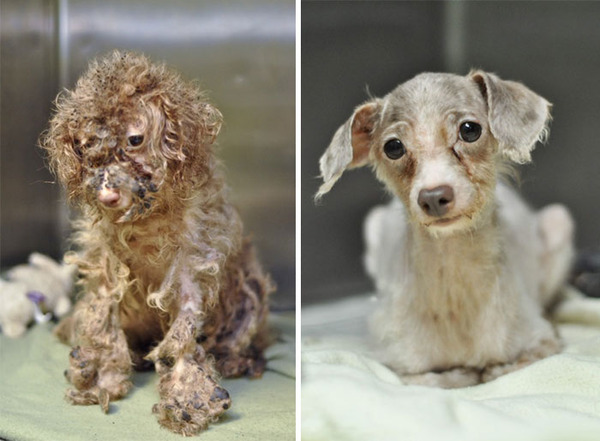 8 : Woody – This poor little thing was hinding for months and didnt let anyone come near him . he was also blind in one eye and it took a little time for him to trust his rescuers 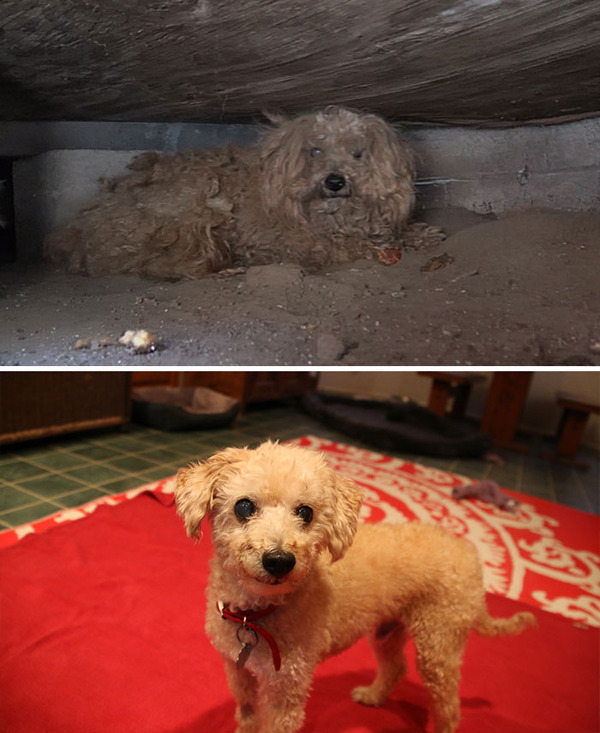 9 : Treasure – Because of her matted thick and dirty hair she could not even walk . probably been neglected for years , this 2 year old pure bred miniature poodle was spotted by a motorist who brought her to the Natchez Adams County Humane Society , once they cleaned her up and cut her hair , a treasure was born

10 : Alana – Another case of abanded pet , before araving to the shelter she was berly recognized as a dog, this sweet little thing have found her new forever home and is looking better then ever

11 : Boo – Was found on the side of the road soaking wet and stinking or urine , after a good bath and groom the little girl was weighed only 2.8 pounds of love 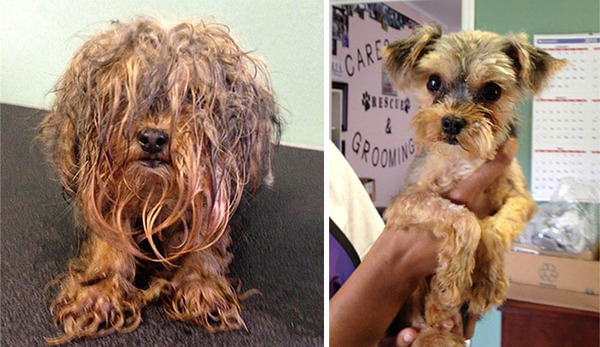 12 : Iggy – Someone uploaded a picture of this dog from mexico and he was berley alive and with a horrible eye infection . people who were touched by his story donated money to transfer him to the united states to get the treatment he needs. Now he wont stop running and playing with a healthy smile 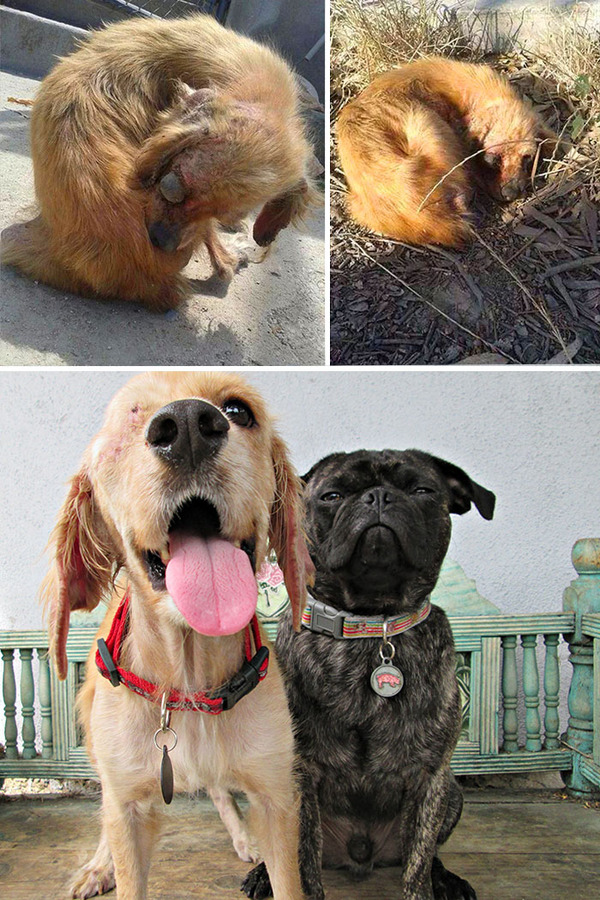 13 : Vita – a man found Vita in a close to death state . she was only 70 pounds and living in a junkyard , it took months for her rescuers to rehabilitate her and give her a new life 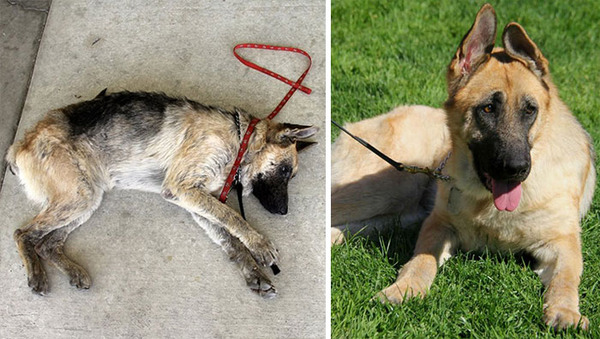 14 : Cedar – Got his name from the golf court he was when found , he lost all his  hair from stress and with bones sticking out , now Cedar has found a loving home that take great care of him 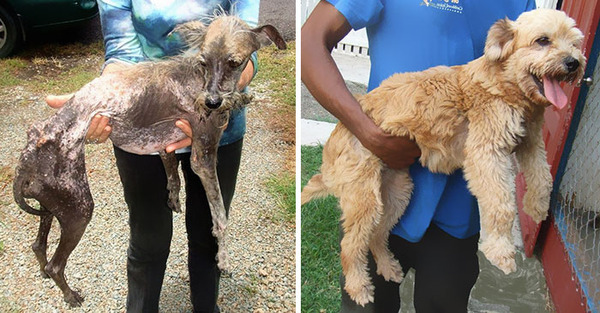 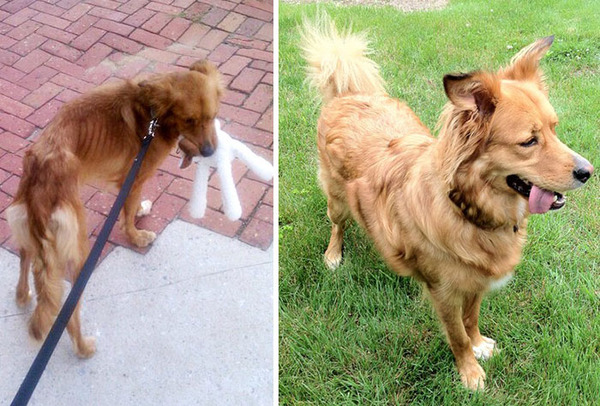 16 : Shrek – Look at the picture on the left. this is how he was found , the poor little guy was wounded and in bad shape but a great care from his rescuers saved his life and now he has a loving home 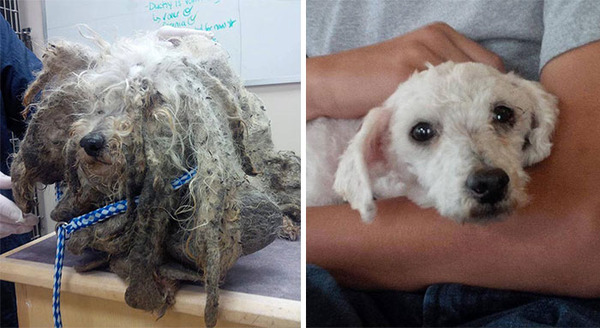