Why Do Guys Have Longer Eyelashes? We’ve Got Answers

If you’ve asked yourself why do guys have longer eyelashes, you need to keep reading. Let’s face this question head on, the answer is NO. Men do not have longer eyelashes than women. If you only wanted to know the answer and don’t really care about the explanation, you can browse away right now. But if you want to learn something knew, keep going.

So why does it seems like guys have longer eyelashes than women?

Well, it really has nothing to do with being a guy or a girl. Humans have eyelashes to protect the eyes from dust and other small objects from flying straight into your eyes. Animals have these too and this feature is one of many evolution perks that just stood strong against time. When we evolved and became the species we are today, long eyelashes became more of a cosmetic feature than a survival thing. So people with long eyelashes are considered lucky.

So how come some people have longer eyelashes than others?

Good question! Now that we realised that men do not have longer eyelashes than women, we want to know why some people ( men and women ) have longer eyelashes. Well, the answer actually has to do with the size of your eye. YUP, your eyelashes are 1/3 as long as the width of your eye. And this is not only true in humans, dogs and horses share the same trait. Don’t belive us? Read this study from 2015 that proves this notion.

Why specifically a 1/3 you might ask? Well, the study concluded that this is the perfect length needed to protect our eyes and keep them moist. Without eyelashes, our eyes will become red, itchy and very dry. So again, longer eyelashes has nothing to do with being born a female or a male, the only thing that matter is the size of your eyes.

People with big eyes usually appear to be more young, more beautiful as captured by our society. It has to do with the oestrogen chromosome. When a human is being develop, when the oestrogen comes into play it makes us grow a little bit differently, and sometimes causes our eyes to become wider, and hence, wider eyes means longer eyelashes.

Other things that cause the eyelashes to look longer: 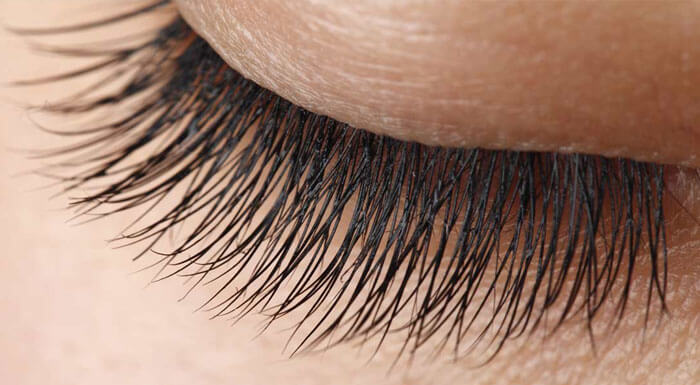 People with longer eyelashes for the most part are considered sexier and better looking, this is explained by the fact the people who have more oestrogen and longer eyelashes appear to look younger and their eyes seem bigger. Both of which improve your overall appearance to other people.

Are you sold? Now learn some of the ways you can make your own lashes seem longer