Now while it might be true that this reason also contributes to the fact, it certainly not the main or most important reason they do it. Below we will try to highlight the main reasons people with poor eyesight walk around with sunglasses.

So why do blind people wear sunglasses? Here are the main reasons we found

First, let’s get this out of the way, when you say someone is legally blind, this does not mean he is 100% blind. In fact, most people who are considered blind, just have poor eye sight, now don’t take from this that we’re saying they can see clearly or that their condition is not very limiting and hard, but it’s important to know the difference. According to the American Foundation for the Blind:

” Legal blindness is a level of vision loss that has been legally defined to determine eligibility for benefits. The clinical diagnosis refers to a central visual acuity of 20/200 or less in the better eye with the best possible correction, and/or a visual field of 20 degrees or less. Often, people who are diagnosed with legal blindness still have some usable vision.”

This tells us that there are many people who are considered legally blind but in fact they have some sort of eye sight, for example what is called tunnel vision, a condition where a person has limited vision and can’t see beyond a certain angle. These people will usually wear sunglasses that will help them focus their eyes on what they can see, thus helping them do everyday things relatively more easily.

So this is just one reason why do blind people wear sunglasses, bet you didn’t know this. Let’s find out more shall we. 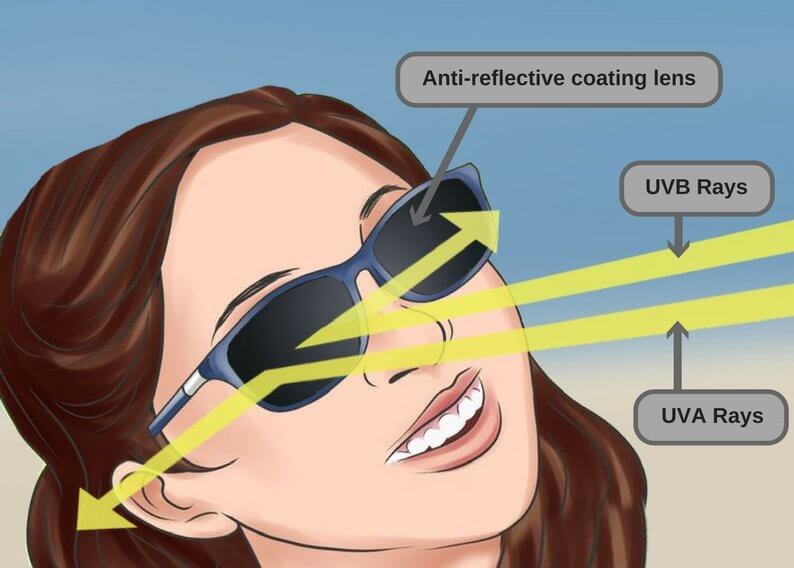 This should be an obvious answer right? Because they want to protect their eyes from the sun. YUP, just because someone is legally blind or have poor eye sight, doesn’t mean he can neglect his eyes, it’s important to protect your eyes from the sun at any situation. For those who don’t know, the sun can harm your eyes in many ways such as: Cause an inflammation of the cornea, cause cataract and even cause cancer. Now think of someone who is visually impaired, he or she will have difficulty knowing that their eyes are been ” burned ” by the harmful UV rays right? So wearing sunglasses just in case makes a whole lot of sense all of the sudden right?

Some people have a condition where they can’t see specific colors, or shades due to damage in their eyes, so they wear custom shades that will help them with this condition, others might just wear regular sunglasses to protect their eyes like anyone else would, there is no one case fits all here.

Another obvious reason visually impaired people wear sunglasses is that they can’t protect their eyes from simple things like small bugs, tree branches and other items that might get stuck in your eye on a daily basis. Those who see clearly are instinctively dodging such items by just flicking them with their hands, or just closing their eyes. We do this even without noticing like we blink. But blind people can’t, so putting on shades protects their eyes from pretty much everything.

Circling back to the first reason we opened with, blind people wear sunglasses and usually walk around with a white cane to let other people know that ” hey, I am a person who might not see very well, so please bare with me “. It’s a universal sign by now.

Again talking about social situations, blind people can’t look you in the eye while they talk to you, it could be awkward for both sides, so wearing sunglasses is an easy way to fix that and make everyone around you feel more comfortable.

Last reason blind people wear shades, if they lost their sight due to an accident and have scars or something that they don’t want to share with others, the sunglasses will hide it.

Why Do Wrestlers Wet Their Hair? Answers And Awesome Pictures