These Trees Look Weird From Far a Way, But When You Get Closer…Wow

If you like wandering in the woods and if you do it in the UK you may find yourself in the middle of a very strange scenery. Hundreds of small coins stuck into tree trunks makes pretty unusual sight, you will agree. It can be seen around Italianate village Portmeirion. About four years ago a tree was cut down in order to make a path to a settlement that was founded in 1925. After  a few months, it was covered in coins of small denomination. Soon after this first strange event, seven identical things happened in the area. This was enough for estate manager Meurig Jones to ask herself what’s the story behind this strange phenomenon. 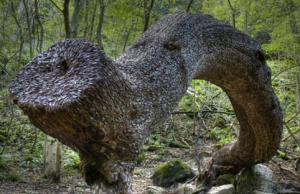 The investigation took her back to the 1700s. Apparently, there were such trees back then and a reason people were hammering coins into the tree trunks was superstition; they believed that if ill person stuck a coin in the tree and make a wish to get well, he or she will be cured. Also, there was believing, that those coins are not to be touched, because if someone would take a coin from the tree he would get seek as well. 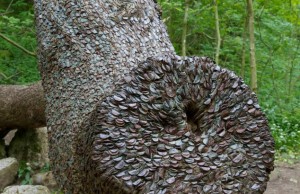 It’s hard to believe that people today still believe in this legend, but on the other hand, people do throw coins in the wishing wells in many parts of the world. Some do it for fun and some maybe secretly hope that their wish will come true. A little bit of superstition can hurt anyone, and, in this case, makes a very strange and unique scenery worth seeing.

Until you have a chance to see this strange woods live, take a look at the gallery. 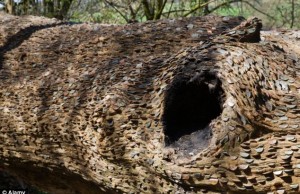 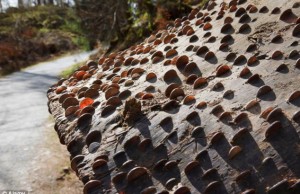 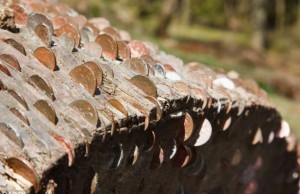 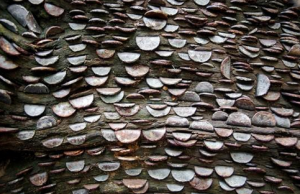 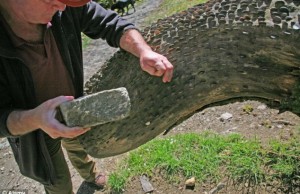 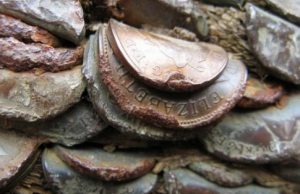 Walking Your Dog In The Woods With Werewolf Muzzle