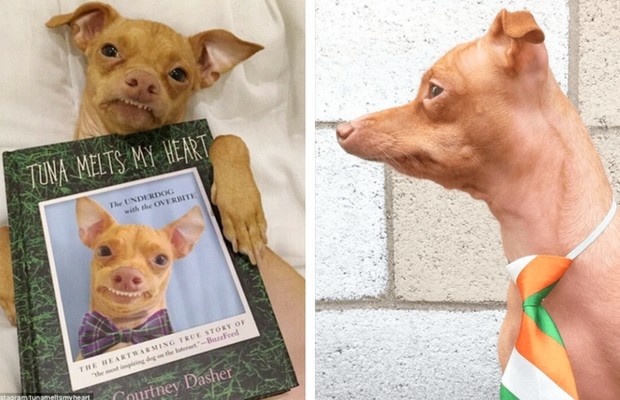 Tuna the dog was born with an overbite and unusually crumpled chin, not your most good looking dog for sure, Tuna’s life was that of a rescue dog that was abandoned and nobody wanted.

That all changed when one day he got adopted by the Los Angeles based dog lover named Courtney Dasher, she gave him so much love and support while posting his pictures online daily to show his goofy but adorable look.

Fast forward to today, Tuna the dog is one of the most popular dogs online with close to 2M Instagram followers including celebs like Reese Witherspoon, Georgia May Jagger and Ariana Grande, oh, he’s also releasing his debut book, what a star! More info: Instagram 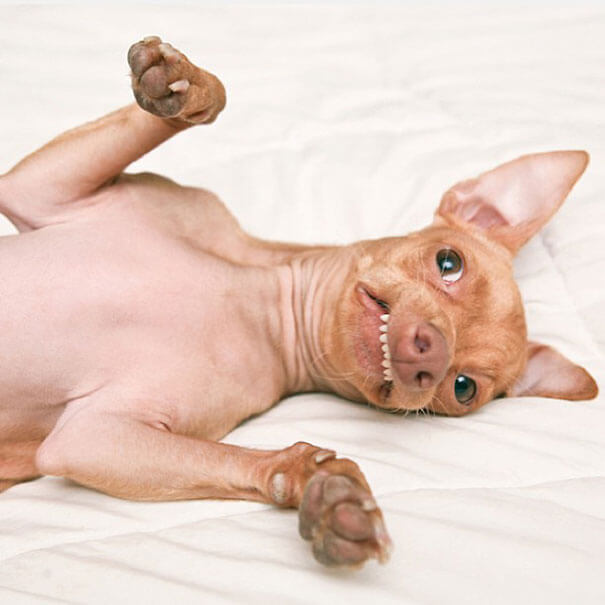 The book, which is called ” Tuna Melts My Heart: The Underdog With An Overbite, was released on June 4 2015 and it gives fans the chance to see the everyday life of Tuna the pooch. From his sunbathing sessions to party dinners and more, the book is basically a huge dump of Tuna’s pictures. 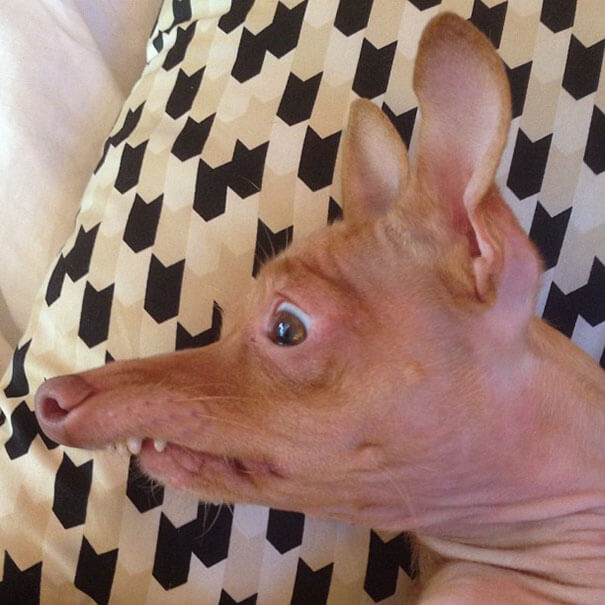 Tuna is a Chihuahua Dachshund mix, better known as Chiweenie, the dog was first found on the side of the road in San Francisco, California where apparently his original owners abandoned him there. Dasher first saw him at a local farmer’s market in December 2010 and it was love at first sight for her. 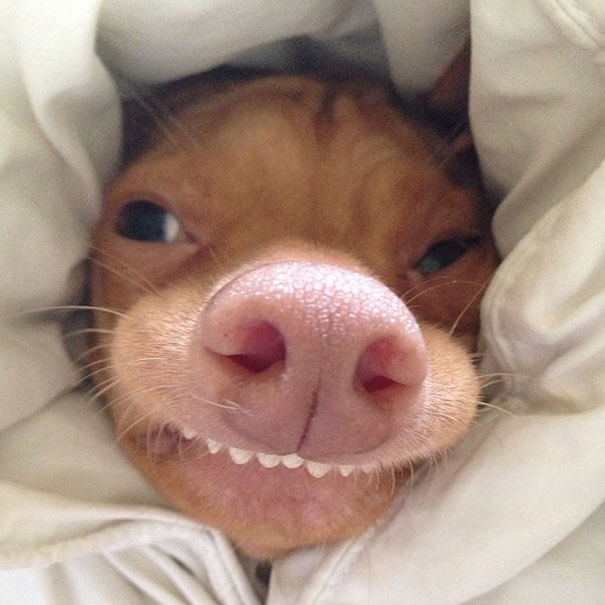 Courtney recalls ” He was a four month old puppy at the time and he hardly had any of his teeth, which is his signature smile, I fell in love with him and we have this really sweet, special relationship “ 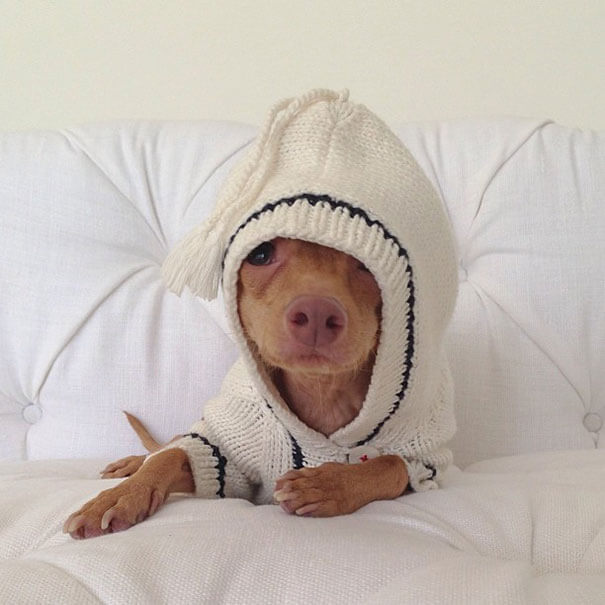 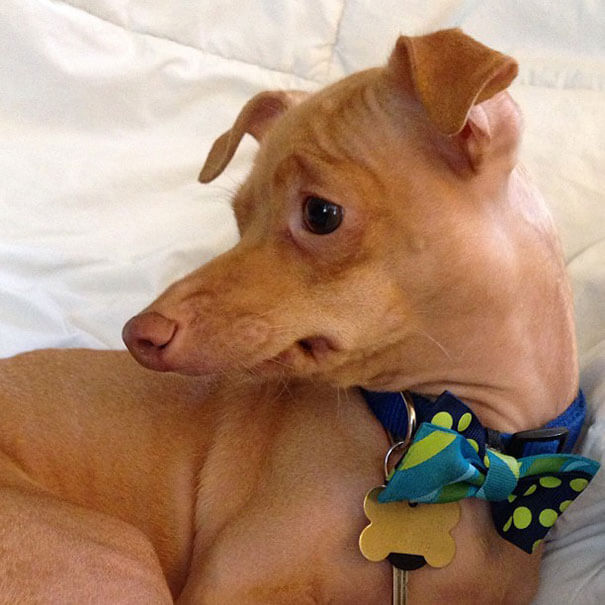 After a while Courtney decided to share pictures of her new dog on Instagram to show people how special this dog is. ” I started documenting his teeth as they grew, i posted daily and suddenly it went viral ” she says. ” Because Tuna is so unconventional, i got so much responses. “ 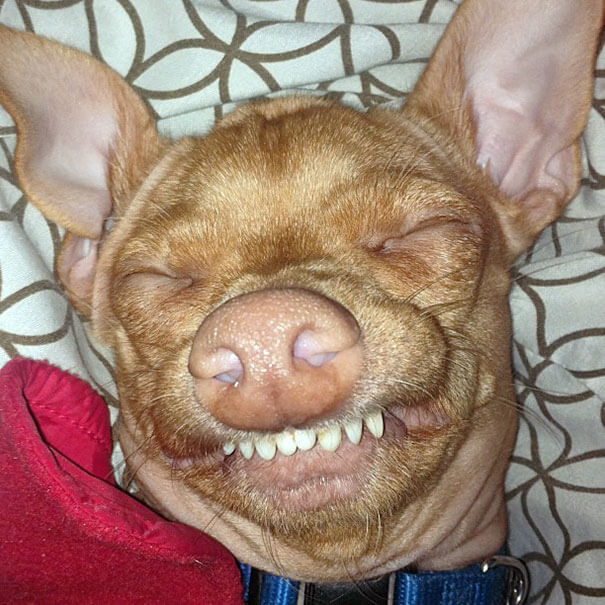 ” At first the comments were bad and people said he was ugly, but after a while they fell in love with him too “ 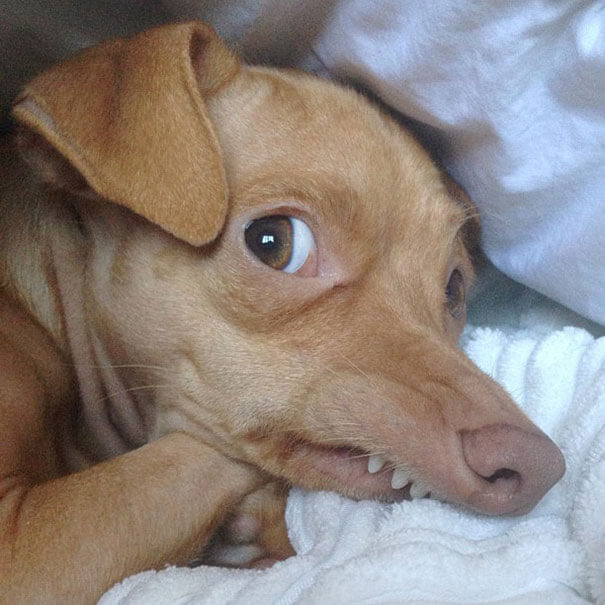 Dasher likes to dress Tuna with clever costumes and takes pictures of him on a daily basis. While some people have feeling about this act of dressing up a dog to be un-cool, she says she only do it because he gets cold. 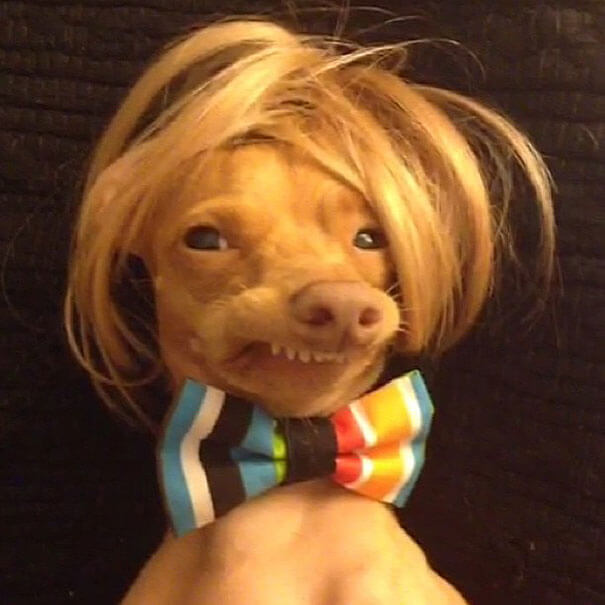 ” Tuna prefers to have clothes on, because he is a short haired dog, he’s freezing all the time so the clothes help him to stay warm, “ 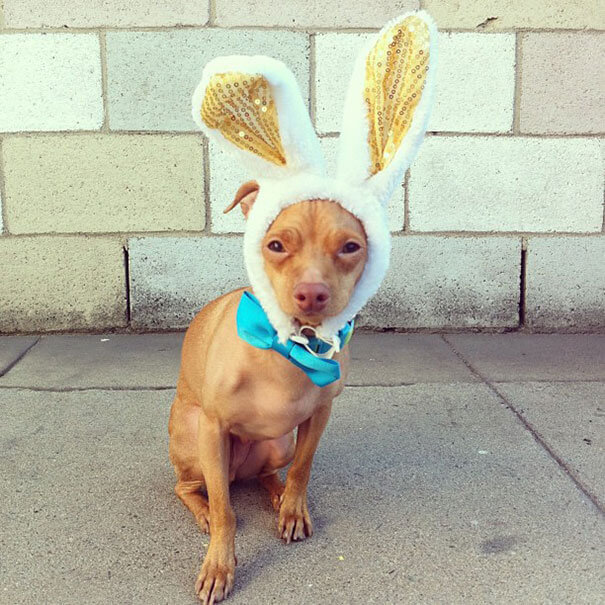 This dog is so special that even fashion forward doggy clothing company Ruby Rufus decided to team up with him and created a limited edition jumper in his honour. 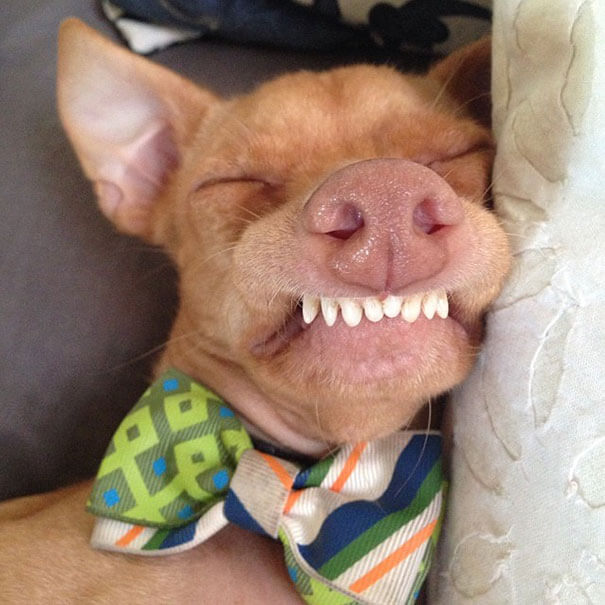 As their website reads: ” The Tuna sweater will give any pup ( boy or girl ) the ultimate statement piece that will make everyones heads turn! “ 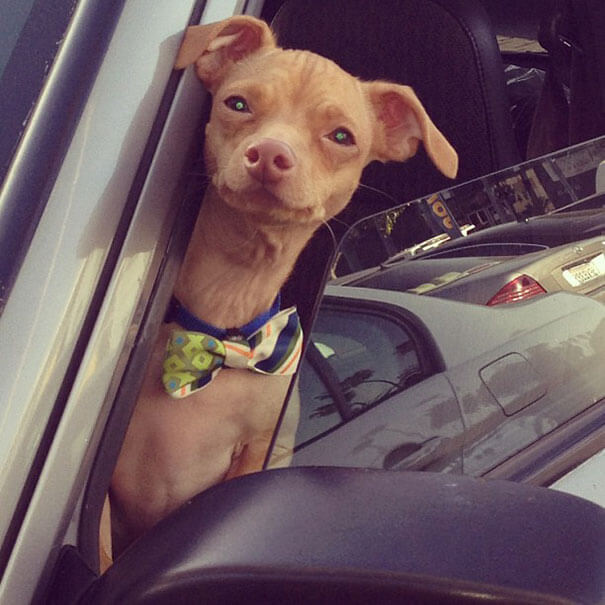 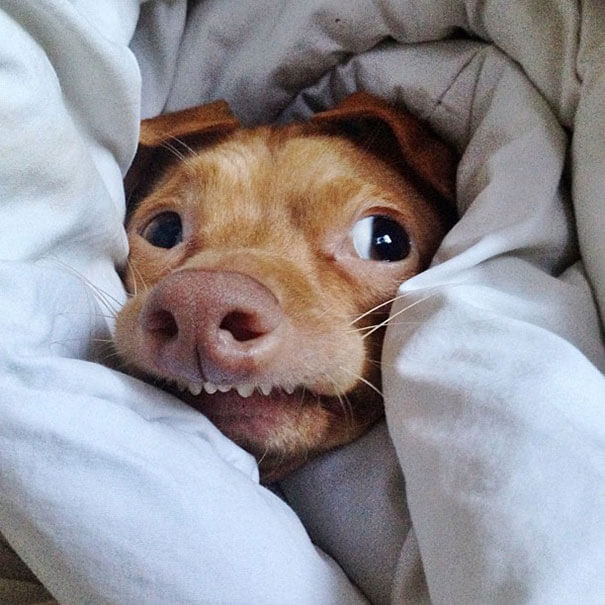 Some of the profits generated by this campaign will be donated to the Dogs Trust charity, the largest UK dog welfare charity that never puts a healthy dog down. 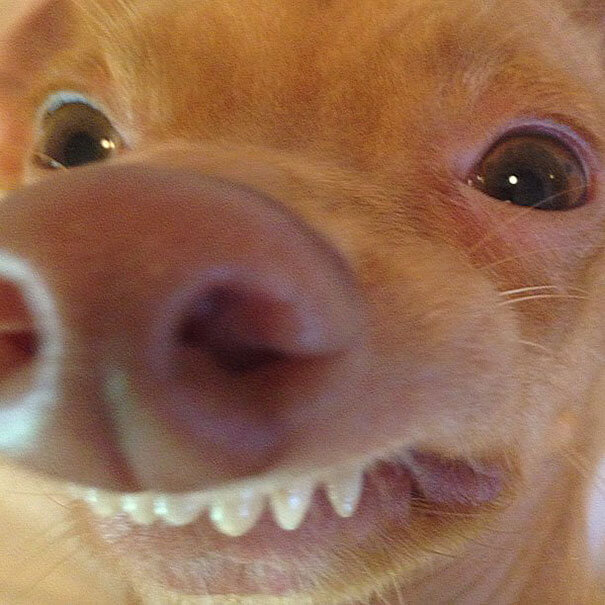 Keep scrolling for more cute images of Tuna the Dog 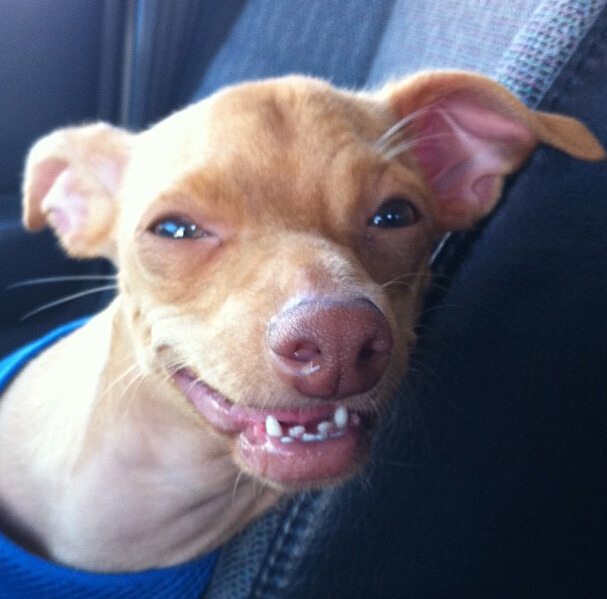 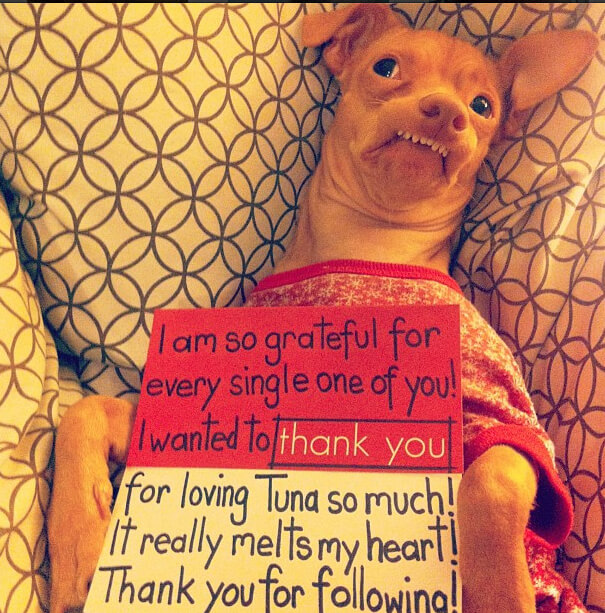 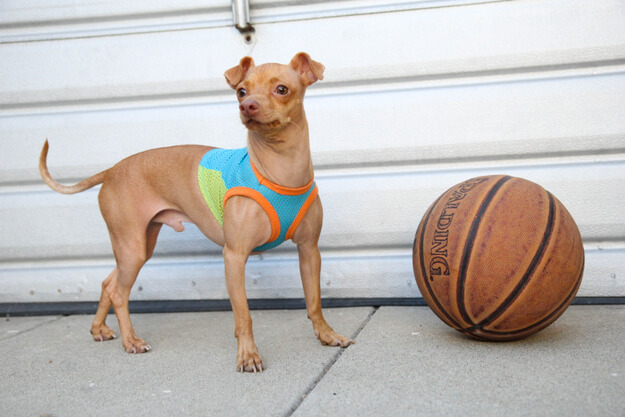 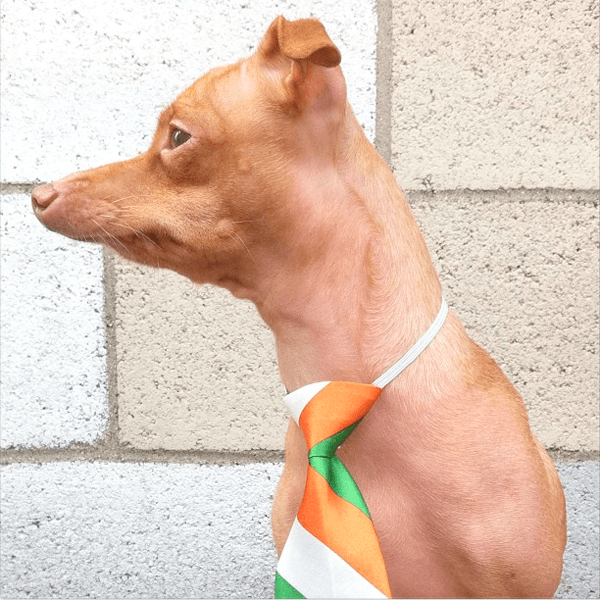 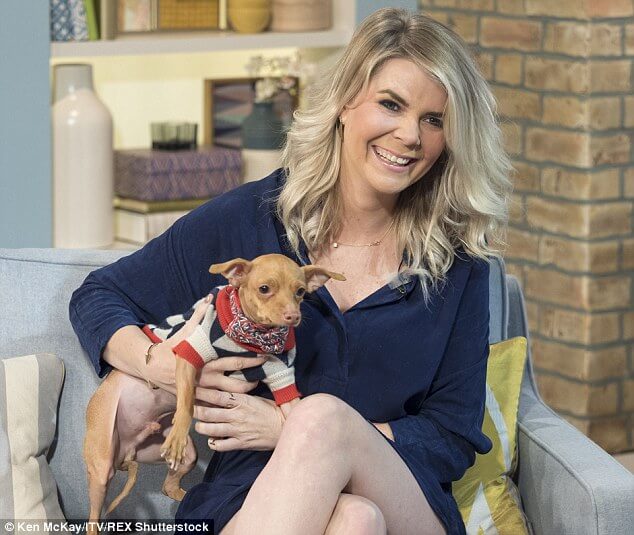 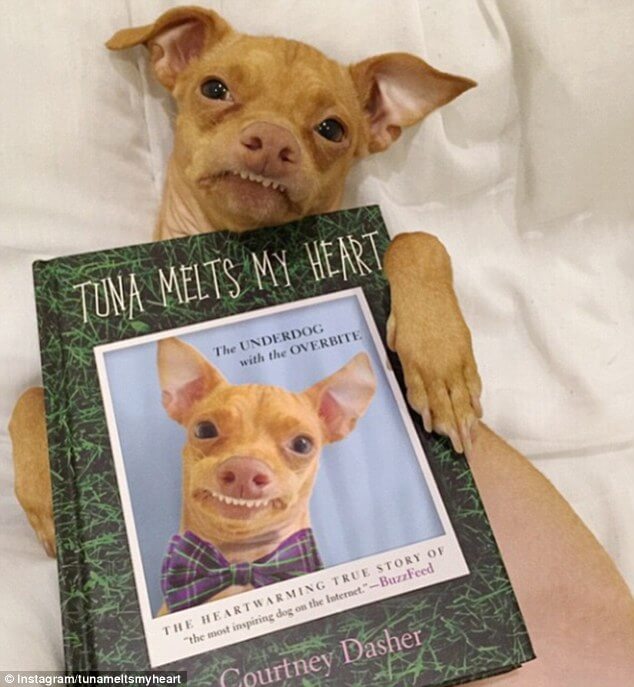 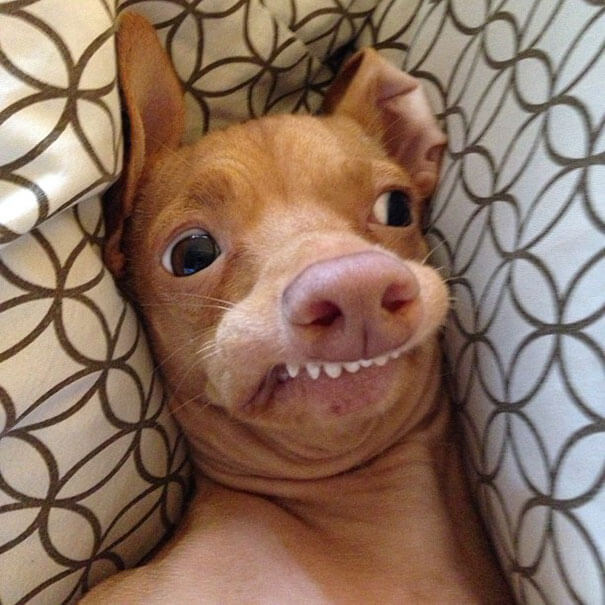 If you love dogs and find Tuna the dog adorable, you have to share his story with your friends.