This Gold Darth Vader Mask Is The Ultimate Fan Piece Worth $1.4 Million

Last week we marked the Star Wars anniversary and fans all over the world expressed their loyalty to the famous franchise by sharing posts most often titled “May the fourth be with you”. Some of the fans did some Star Wars fan art inspired by the day, but in this article is something different, something that is lifting up the craze on the whole new level.

Japanese jeweler Ginza Tanaka made a replica of Darth Vader mask out of a pure gold and in real size! As you can see in the photos, the Gold Darth Vader mask is really worthy and this is a unique opportunity for collectors to include this one of the kind trophy into the collection. You must be already wondering about the price, right? Well the price is pretty high standing at $1.4 million.

This year was the 40th anniversary of George Lucas’ original trilogy, and the number surely deserved something special, but this is really beyond of most of the fan-collectors possibilities. Who will include this piece into their Star Wars collection, what do you think? The store also offered 10-gram coins featuring Yoda and a lightsaber duel between Vader and Luke Skywalker for “only” $1,200 a piece.

This year was the 40th anniversary of George Lucas’ original trilogy (May 4th), and the number surely deserved something special. 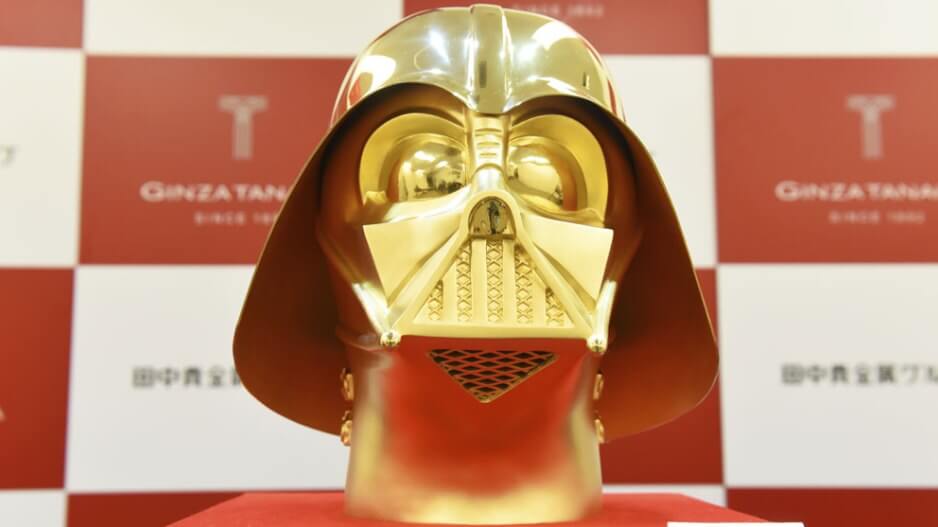 Japanese jeweler Ginza Tanaka made a replica of Darth Vader mask out of a pure gold and in real size! 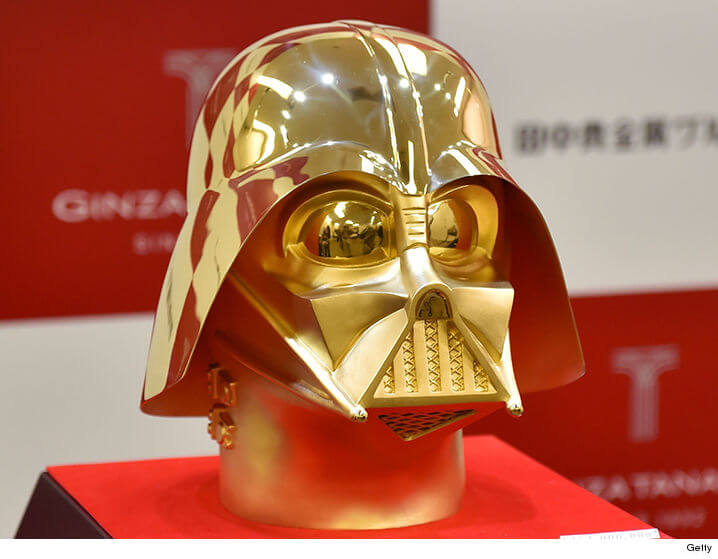 It took a total of ten goldsmiths three months to craft and assemble the $1.4 million replica of Darth Vader mask.

“The most difficult aspect was that each section of the mask was created by a different gold craftsman and then assembled to make one Darth Vader mask,”