SNURK is a small bedding label based in Amsterdam. One day the owner was hugely surprised when he was approached by JCrew and LucasFilm with a unique requirement to create a limited edition Star Wars bedding for them. It was a surprise which soon transformed into the true delight, of course, since it’s a great honour especially for a true fan such as Peggy van Neer, the designer, co owner of SNURK and mum of two, happens to be. So, thanks to this collaboration you or your kid probably are able now to have  The force awakens… right in your bedroom. Check out in the gallery below awesome Star Wars beddings featuring Darth Vader and Chewbacca and what Peggy said for Bored Panda.

“It was an honour to work with their images and legendary characters. But it was also a lot of work to do. After selecting the right photograph from the LucasFilm image bank (what a treat for a fan to browse through this!!), we had to get the resolution high enough to use on a duvet cover to create the Star Wars bedding. Not an easy job, since the pictures were taken a while back with analogue cameras and were then drum scanned.” 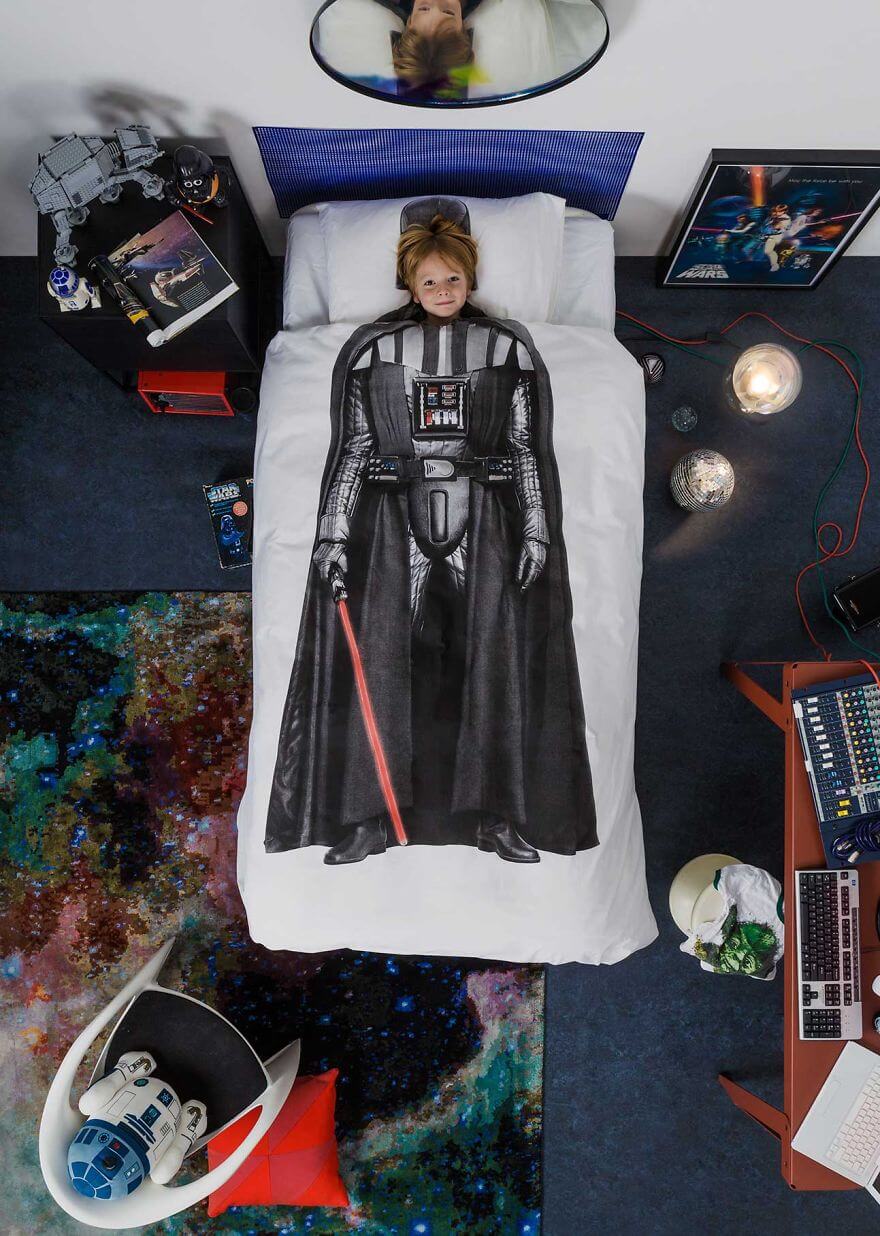 “Luckily, I work closely with one of the best image manipulators in the Netherlands, Theo van der Laan, and together we managed to get the quality to where we needed it to be.” 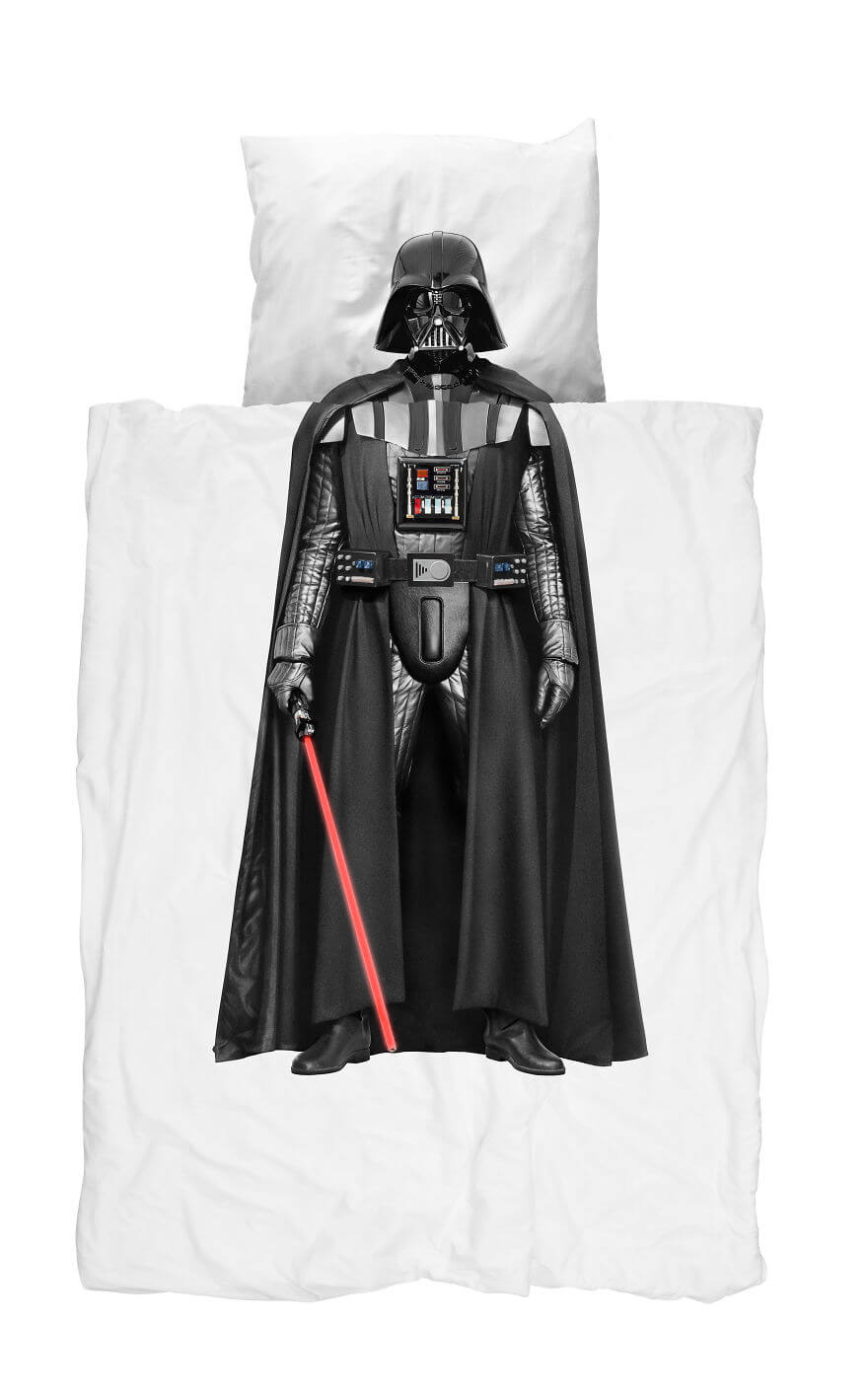 “I also made photographs to use on the packaging together with my friend/photographer Tim Stet and my cousin Kim de Groot, who I believe is a brilliant stylist (she found these amazing space themed rugs, by German artist Jan Kath). We used Star Wars collectors items from friends as styling in the bedroom.” 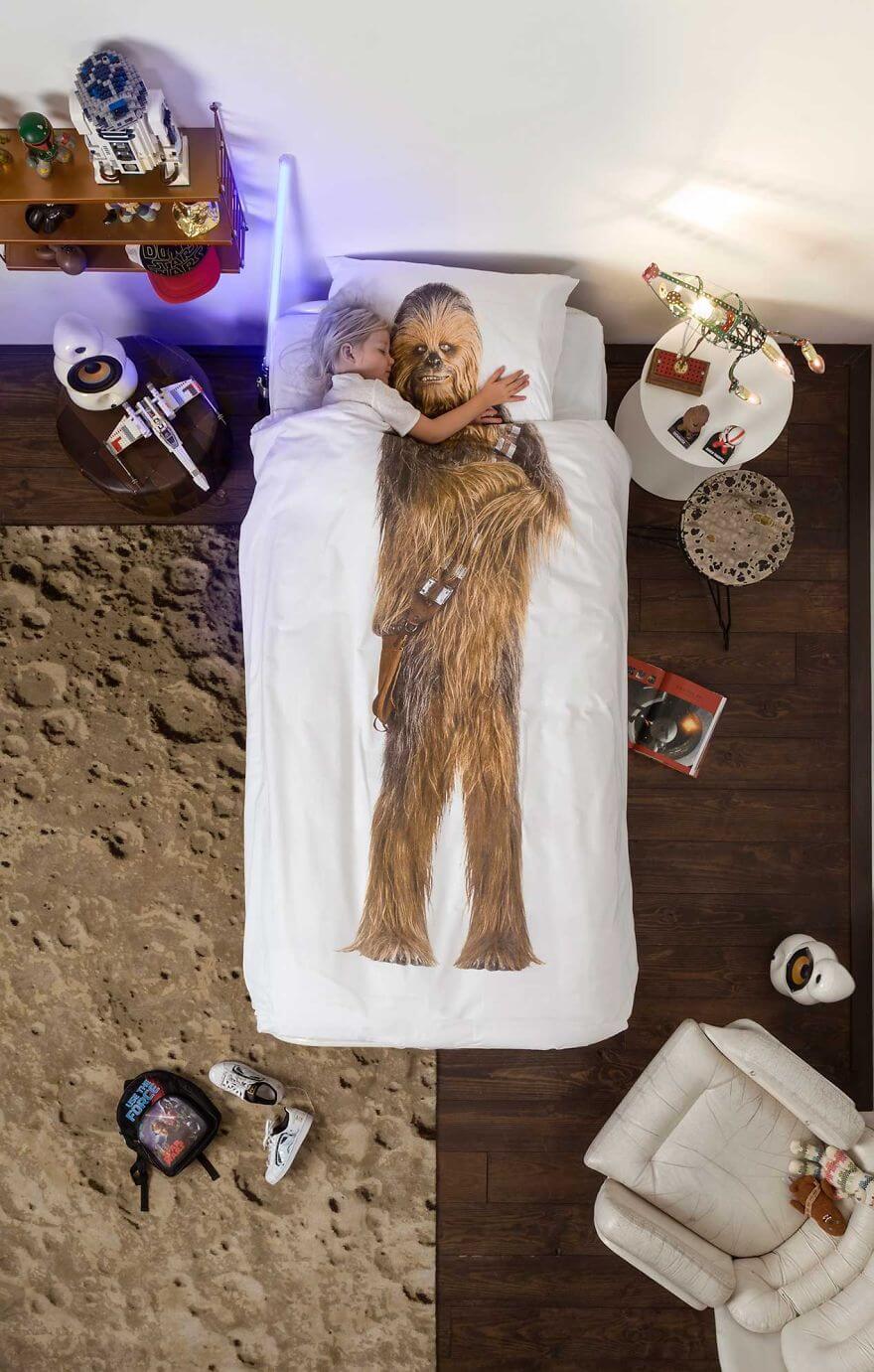 “I am super proud of the result and effort that everyone around me put in to make this happen. Hope people will like them… May the force be with us!” said Peggy van Neer. 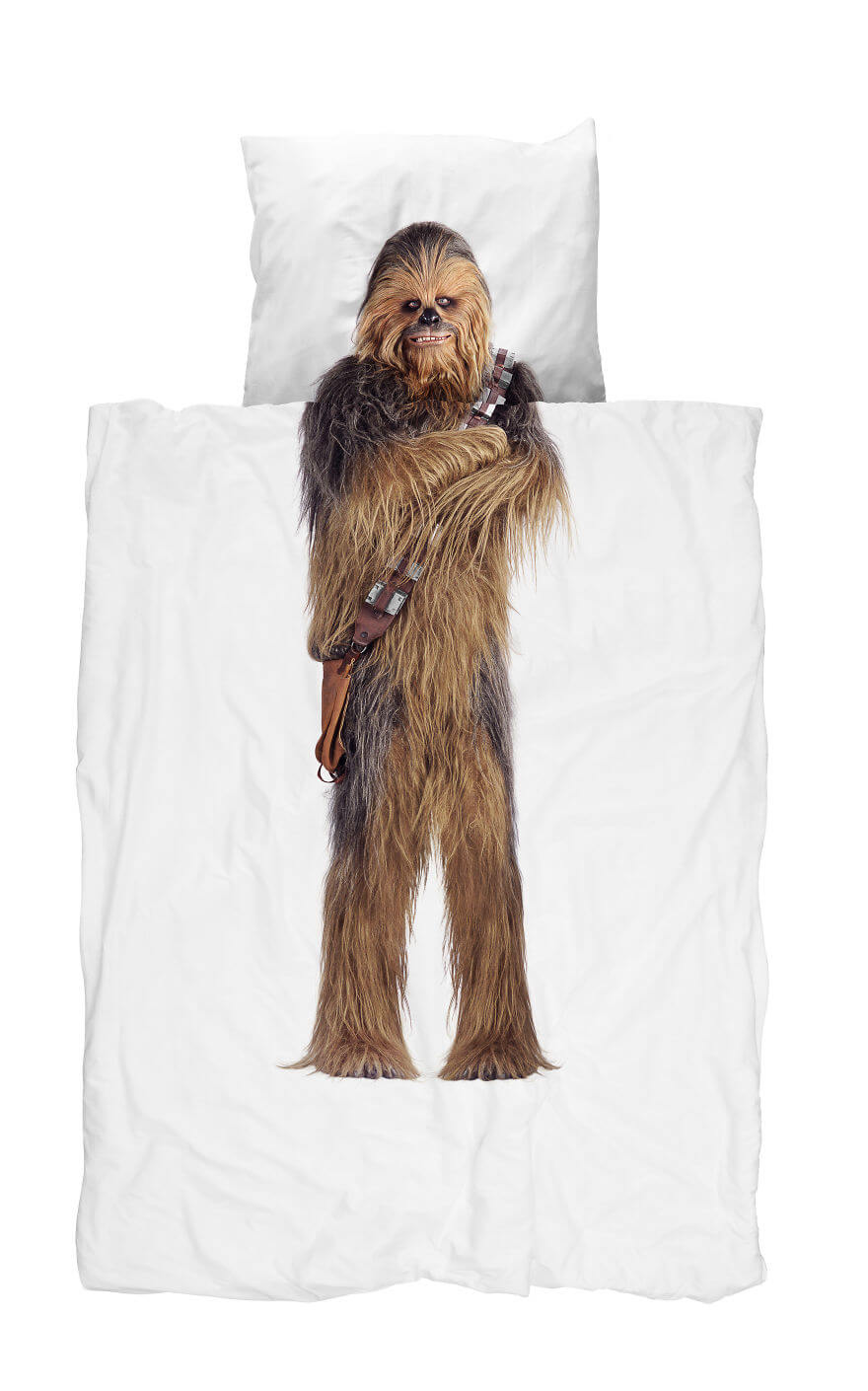 And now is your turn to share these cool Star Wars Bedding and bring  joy for some friends!