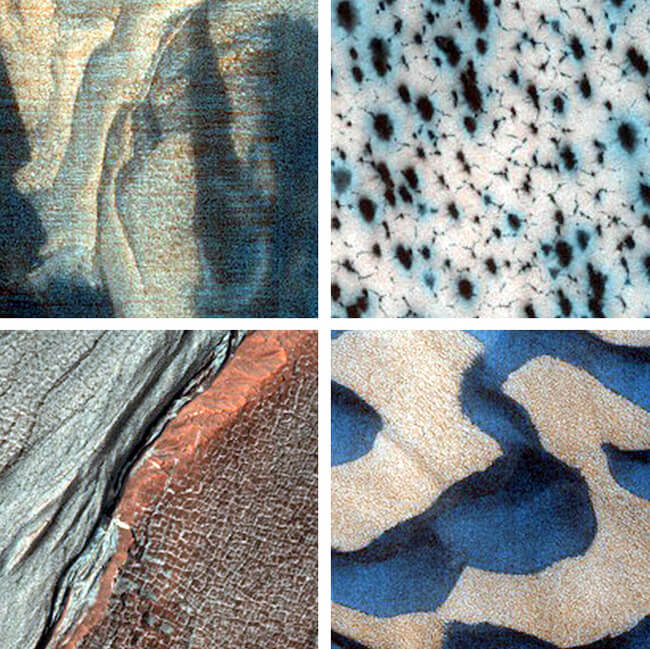 Back in 2005, the Mars Reconnaissance Orbiter (MRO) was launched into space. It’s been past eleven years from then and it still there, circulating around the red planet. For all that time he’s been sending info back to Earth, not about if it feels dizzy of course, but about everything he can capture in a form of photos on its way.

MRO sends photos to Earth every month, but recently conditions were particularly good for making great photographs: the geometry of our planet and Mars had lined up just right, and on May 22, Mars and the Sun were on opposite sides of our sky. This allowed for clear communications, at least for a few weeks, between Mars and Earth.

1,035 pictures total of clear and complex view on the Mars are a spectacular look at this territory that was never seen in that way before. Sure they are of great importance for science (could even help map potential landing sites for the future), but once you go trough the gallery below you will see that they can easily be mistaken for abstract artworks. The entire collection of these images of Mars’s surface you can find in the HiRise image catalog.

Valley with Flows in Noachis Terra