53 Hilarious Comebacks That Will Make You King of The Burns

What is a comeback?

A comeback is a quick reply to a critical remark. So simple, so painful when done right. The best comebacks are usually short and sweet.

Having the last laugh on social media requires either cunning and intelligence, or the ability to search things on google pretty fast. Mastering the art of the best comebacks and making sure they’re on point too is not an easy task. Anyhow, being provoked or called out on social media is annoying on its own, but bickering over difference of opinion is even more annoying to see!

If you want to put someone in their place online and you are smart enough to know how to shut people up online for real, you know it’s done by making fun of them. Wandering how other people do it? Check out this amazing snapshots of social media hilarious comebacks. And use them wisely.

#1 This comeback burns so much they went straight to the emergency room. 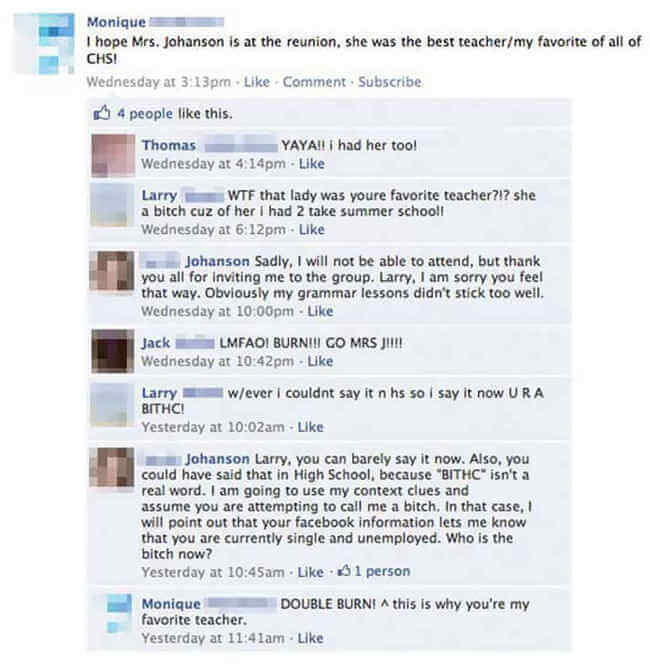 #2 Seriously hurting this guy – but he had it coming

#3 Keep up with the times people. 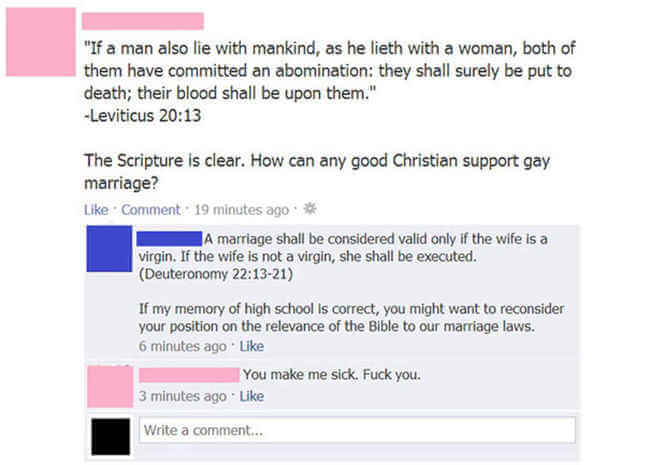 #4 Completing his sentence is an epic comeback 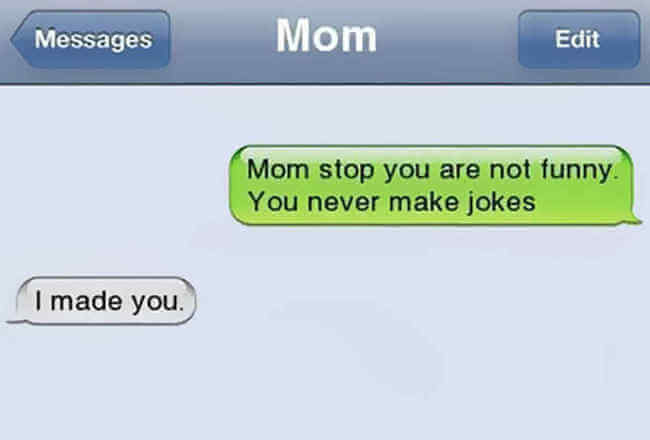 #7 Girl tried to be funny on facebook, came back to bite her in the ass 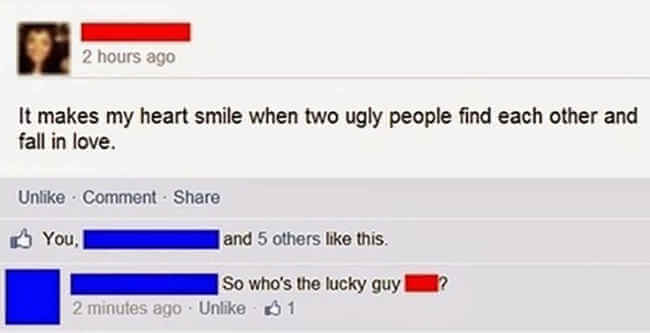 #8 Making fun of the American school system on live TV 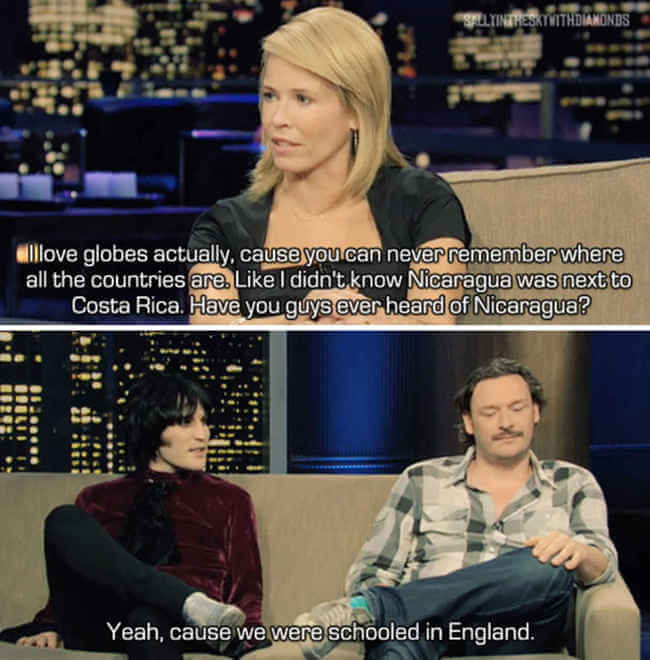 #9 Wow, getting burned by a low wage company 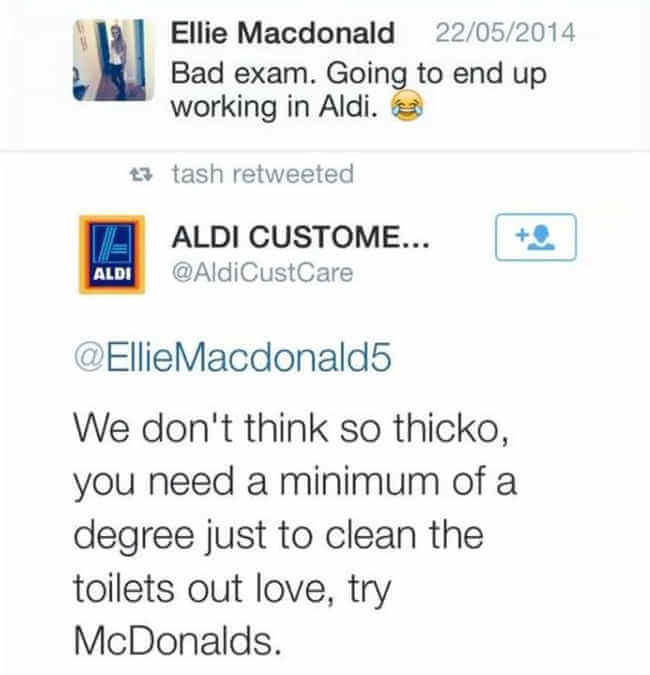 #10 I never saw a better or brutal comeback via text. This is pure gold. 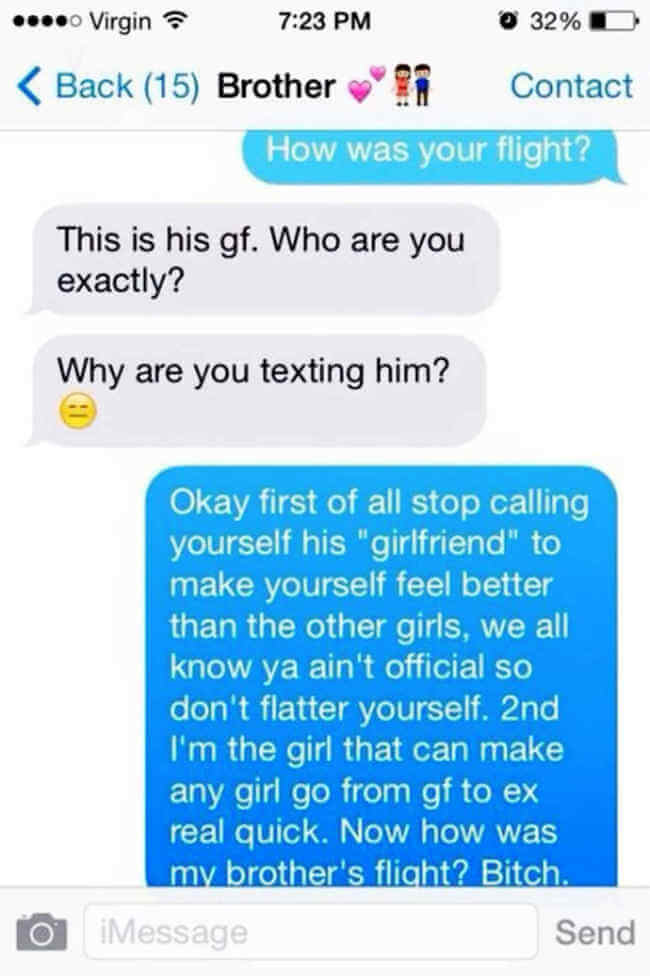 #12 People on social media can be really mean, let him have his day. 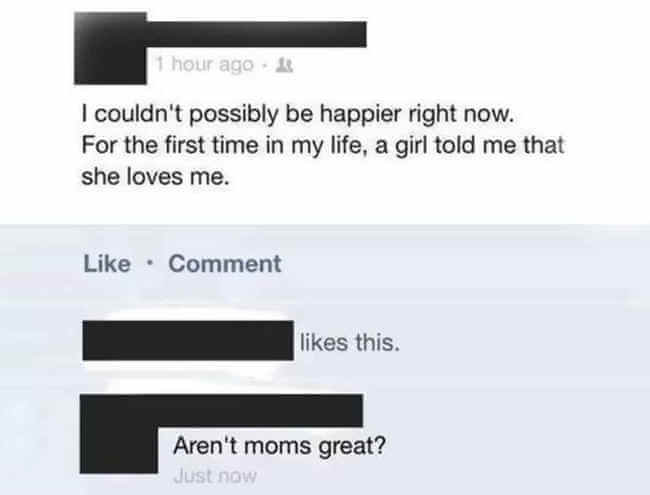 #13 Guy tries to figure out his contacts, gets some tough responses 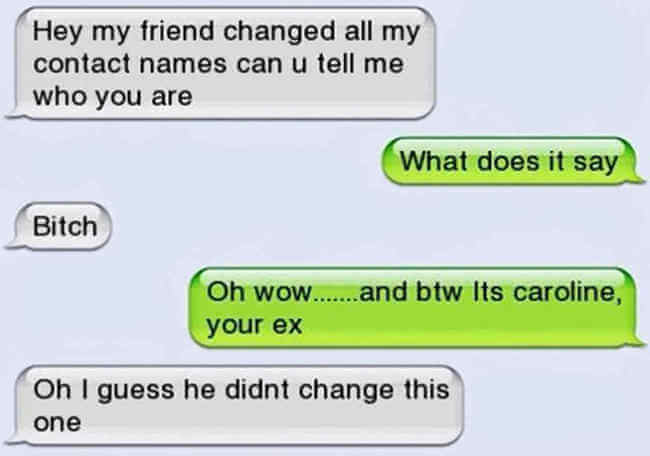 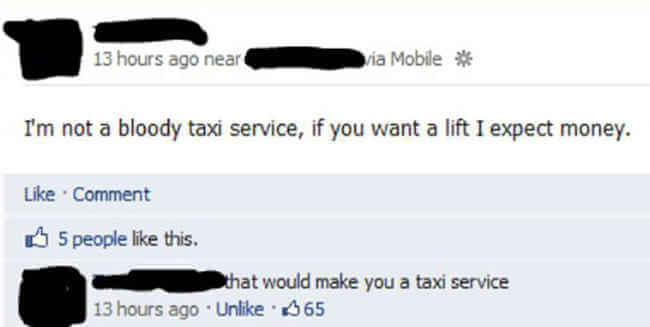 #17 Parents give the best comebacks to their child hands down. 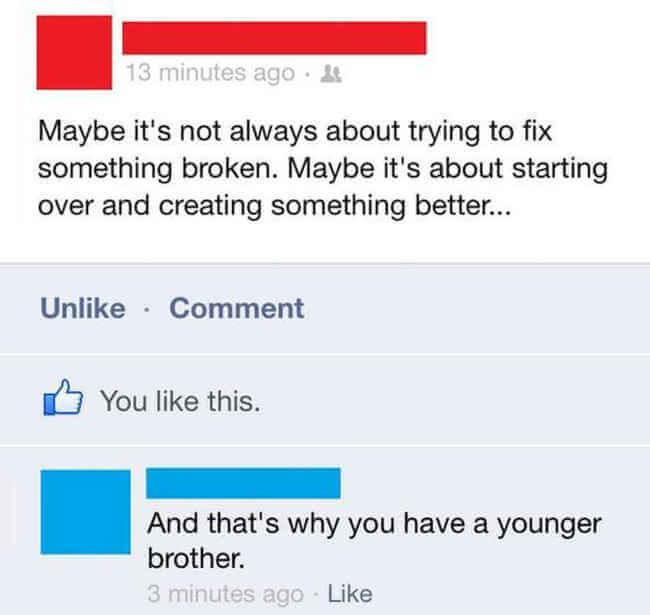 #18 The ultimate Justin Bieber burn on the planet 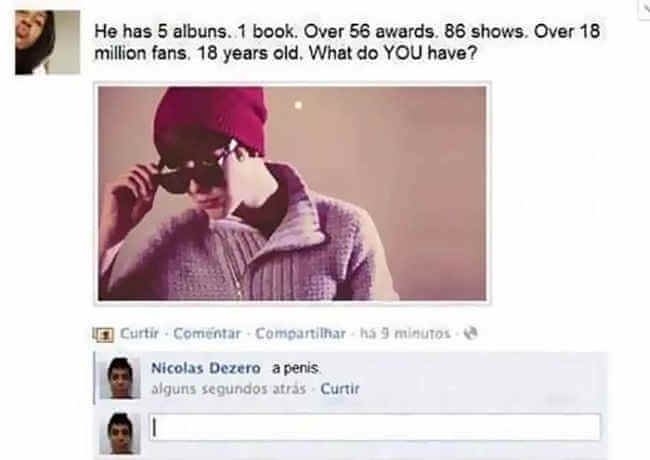 #19 The Grinch comeback is a special holiday thing 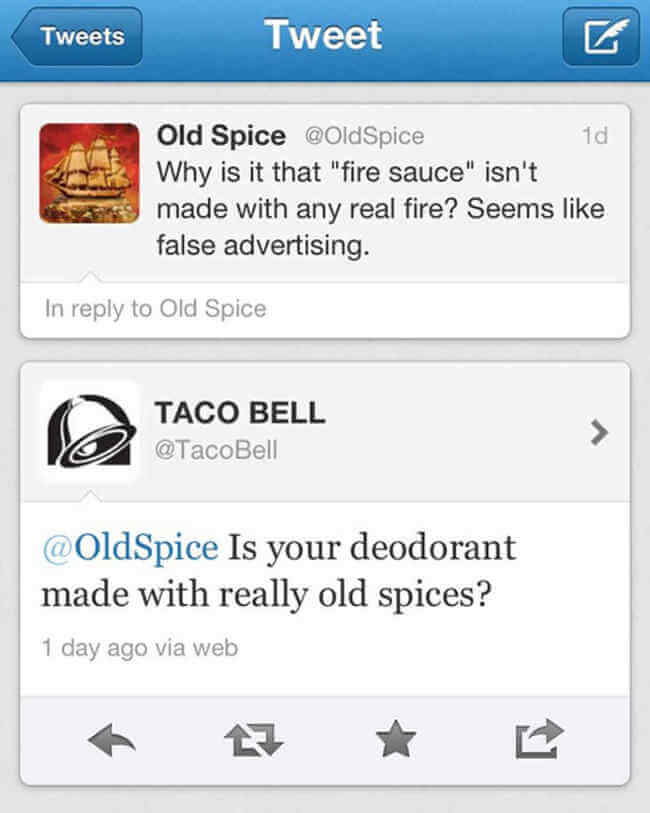 #21 Give it up for the boys getting it back 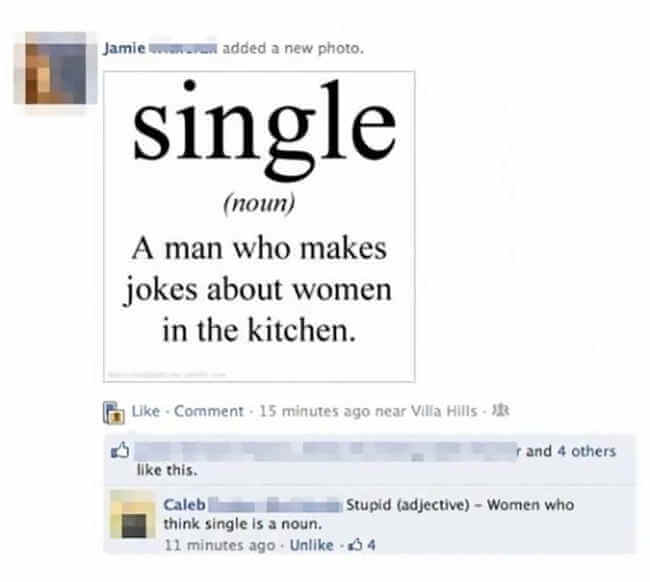 #22 She got him good. If you want to comeback at someone, make sure you can write

#23 Never try to diss actors, they will always win. 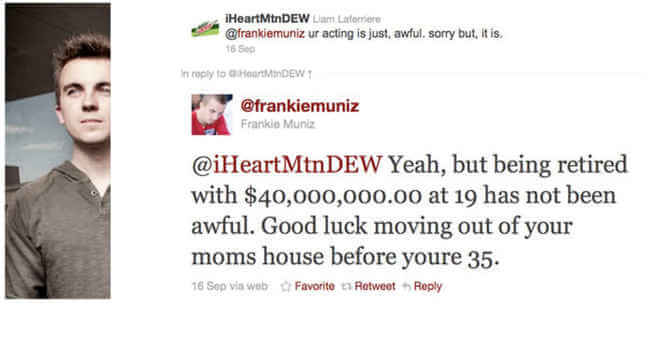 #24 She tried to prove a point but got burned in the process. 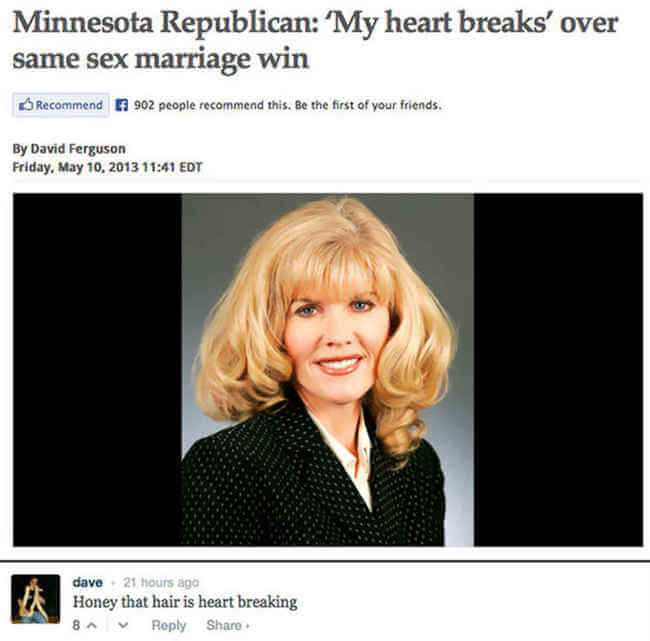 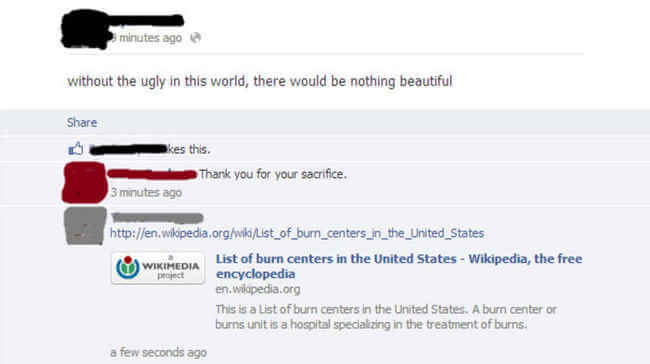 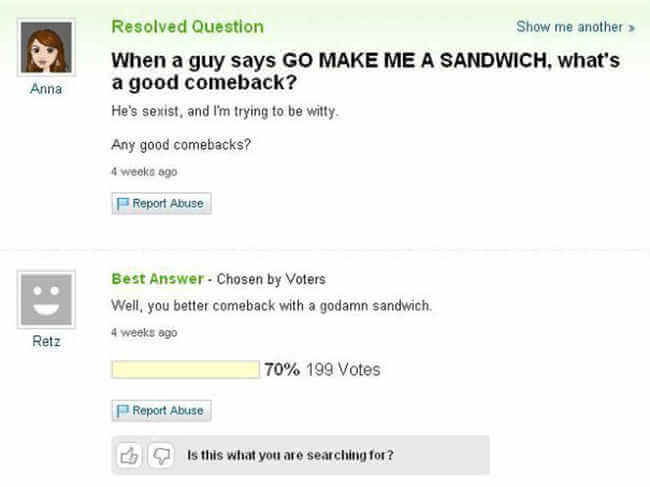 #27 Hitting him with the fake girlfriend routine, classic.

#28 Seriously, never try to burn an actor or entrepreneur, you will lose. 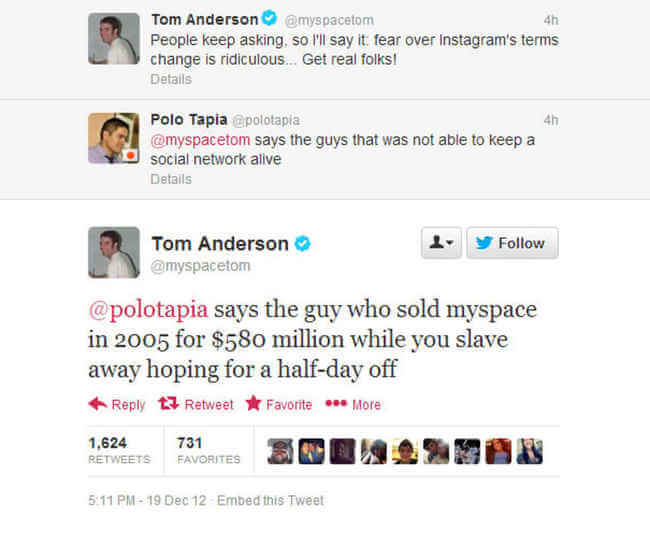 #29 Text comebacks are just the funniest 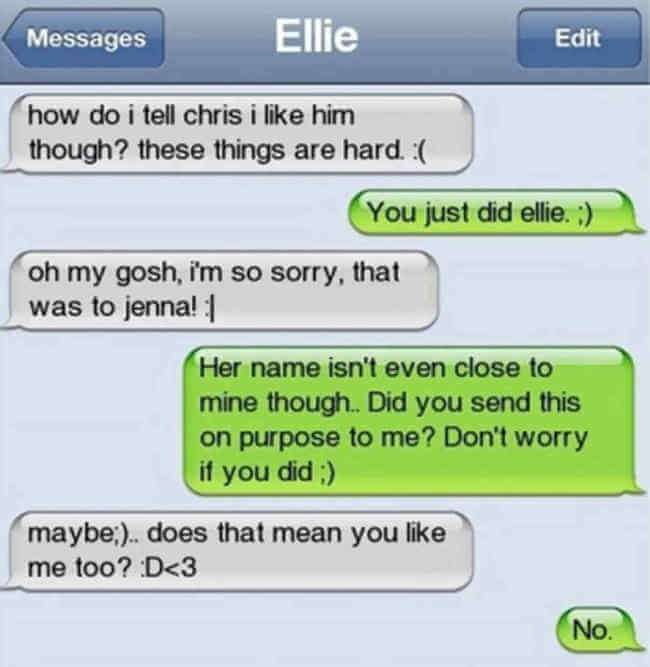 #30 Hitting her with the same medicine 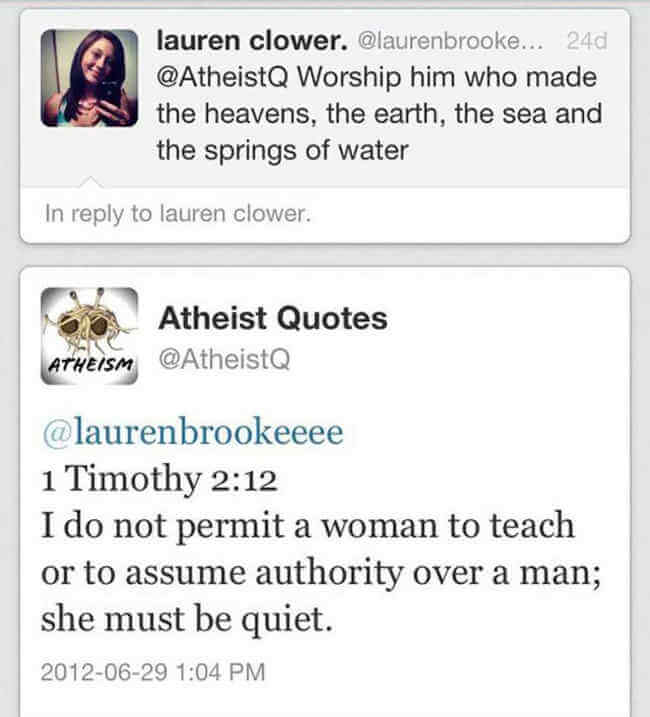 #31 I think her weight is not really the issue here 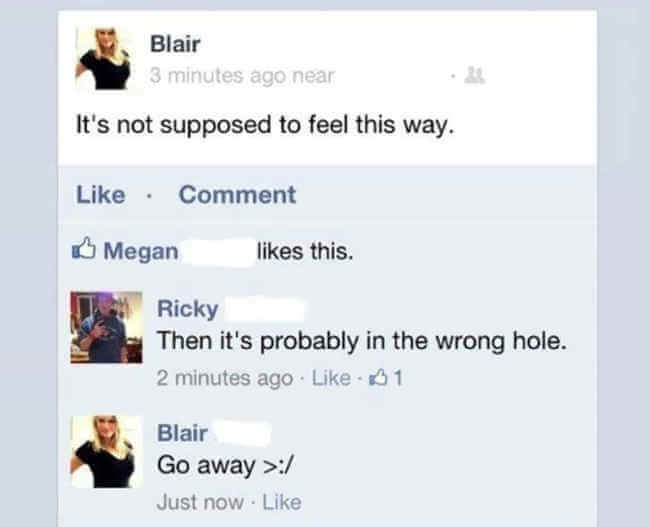 Some of my own I found online:

#33 Do yourself a favor and just ignore all these people who told you to be yourself. It’s bad advice for you.

#34 I also believed in evolution once, but then I met you.

#35 You have the right to remain silent because i’m sure whatever you have to say is stupid anyway.

#36 I just got a call from the village. They asked for their idiot back, you better get going.

#37 You always make me so happy, as soon as you leave the room, it just lights up.

#38 You know, everytime we get together, it makes me remember that even god has a sense of humor.

#40 If ignorance is bliss, then you’re the happiest motherfu**** on the planet

#42 Jesus definitely loves you, but everyone else just thinks you’re an idiot.

#43 If I wanted to hear from an asshole, I just fart

#44 That’s a great story Gary, but in what episode do you shut the fuck up?

#45 Remember once when I told you how cool you were? Well I totally lied

#47 Honestly, you only annoy me when you’re breathing.

#49 You should really apply some water to that burn 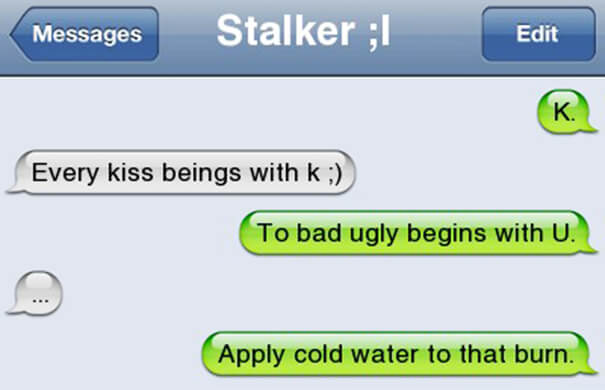 #50 She asked for that comeback really. 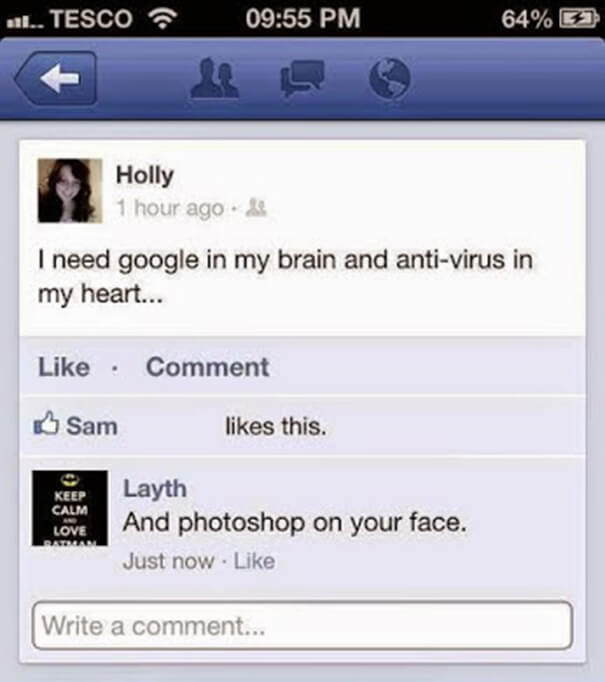 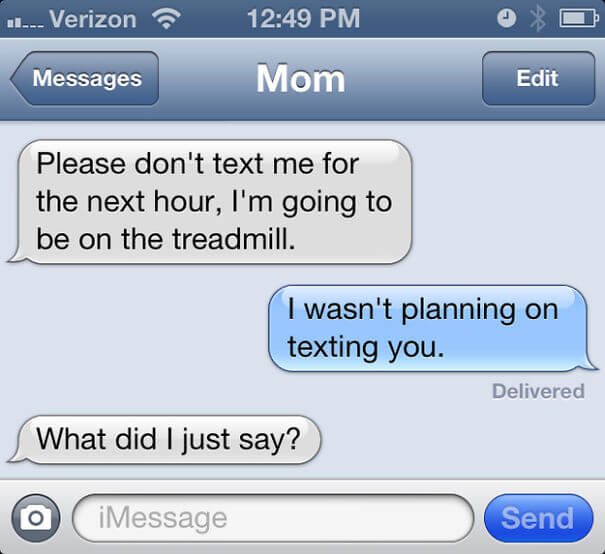 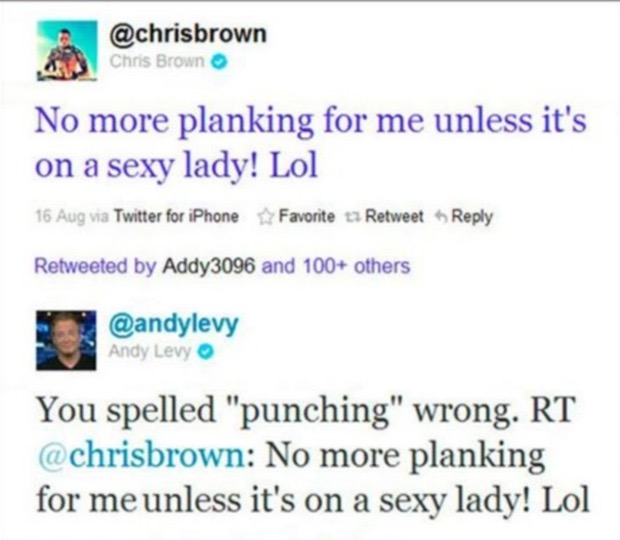 26 Funny Bumper Stickers That Will Actually Make You Laugh

26 Funny Bumper Stickers That Will Actually Make You Laugh