Our world is full of mysteryes. Some of them, we have figured out, some…not really. So, here’s a collection fo 12 weird facts about the human body that you’ll probably hear for the first time. It’s good to know, though. It’s fun to know. We’re all curious means, aren’t we?

1. ATMs are even dirtier than public toilets

We are taught since childhood to wash our hands after using the toilet, but there are some other dirty things out there that no one even thinks of. Take ATMs for example. Do you wash your hands after using the ATM? Did your parents tell you that? No. But here’s why they should have: bacteriological tests run by UK scientists show that ATMs are actually as dirty as public toilets. The ATM’s keyboard hides dangerous bacteria we have no idea of. 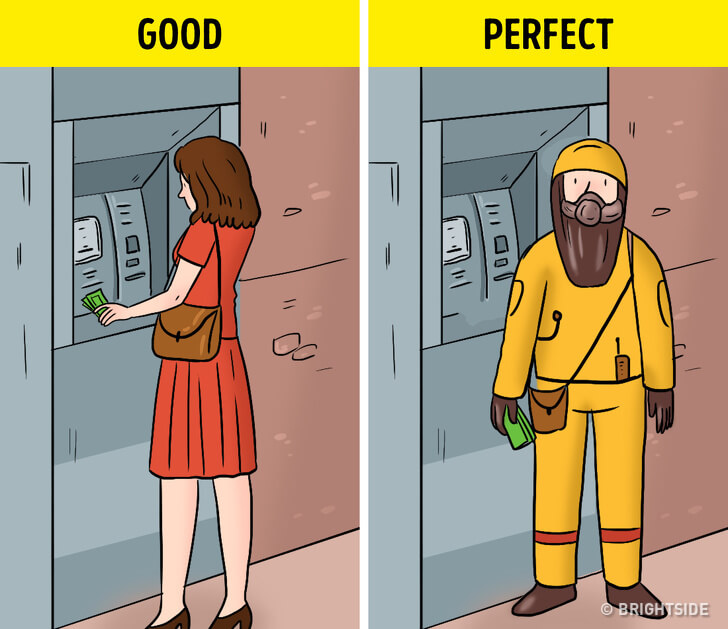 This might sound a little bit creepy, but here this out! Botox injections paralyse facial muscles to a certain degree. This is how wrinkles actually disappear. A recent study shows that there is a big side effect to Botox injections: the inability to fully feel emotion. Since your facial muscles do not have the same full capability to display emotions, your emotional state will slightly decrease. Emotions that cannot be expressed, are suppressed. Does this make sense? 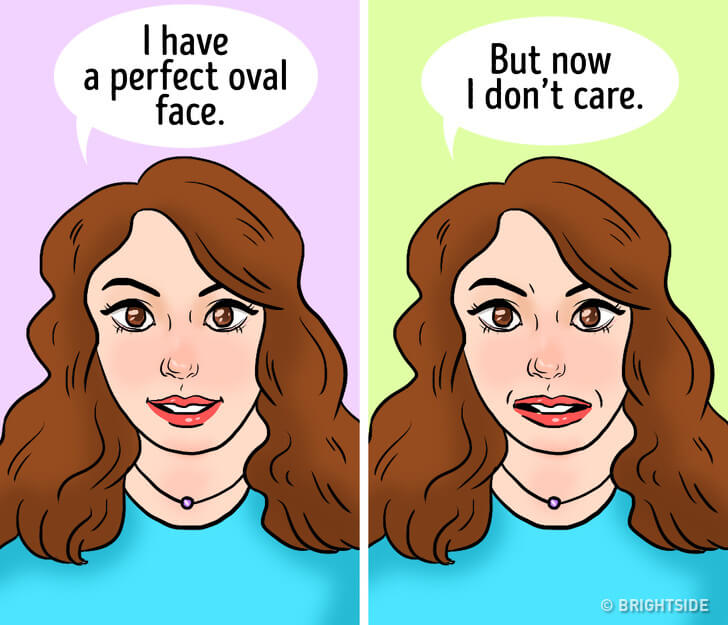 3. Monday is when most heart attacks happen

On Mondays, there is a statistical higher risk of having a heart attack: 20% higher for men and 15% for women. Yes, you might have guessed why. The stress of getting back to work builds up and on Monday, it might peak into an unhappy event. There is also another reason that scientist warn us against: alcohol. It is likely that you drink more alcohol during the weekend and this increases the risks of a heart attack. 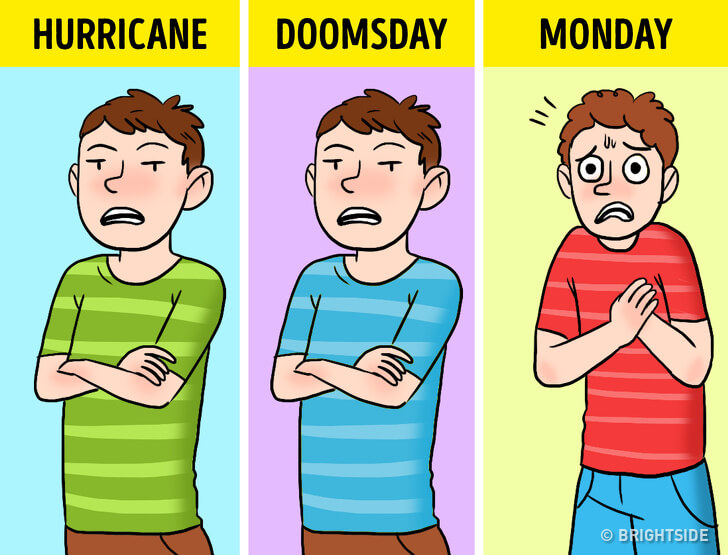 4. It only takes one man to feed a million mosquitoes 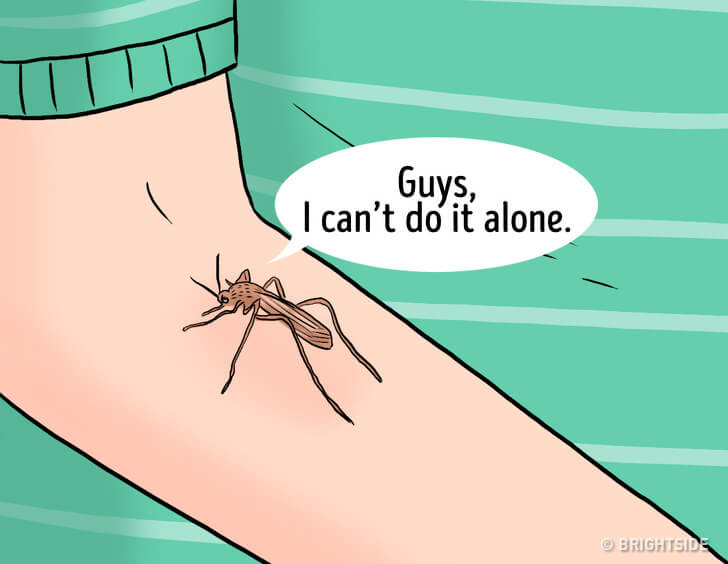 5. If you want to be as convincing as possible when lying, do it when you have to go to the bathroom

This is something unexpected, isn’t it? When on a full bladder, you are more focused on your self-control, thus telling a lie that looks like the truth becomes easier. Also, when feeling the need to go to the bathroom, you avoid to move as much as possible and this increases your chances of passing a lie as the truth. 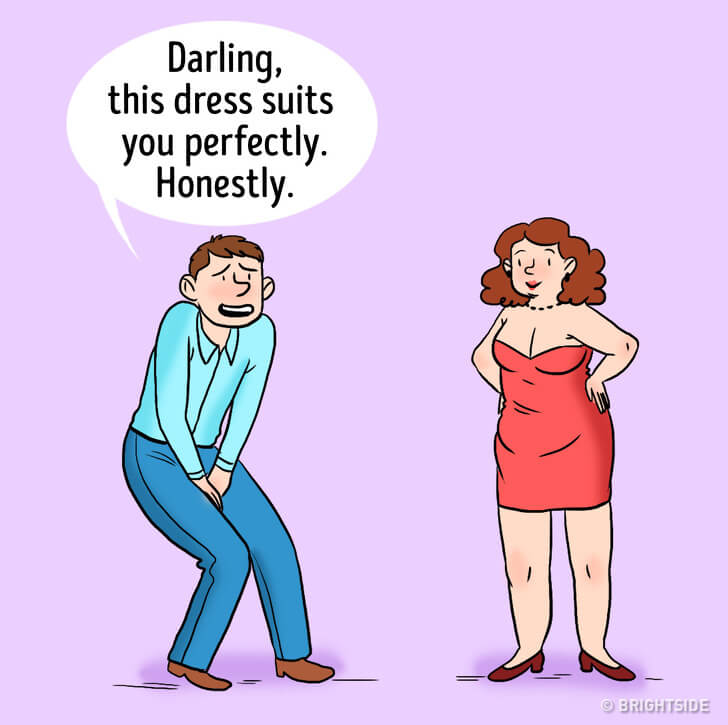 So, if you happen to dream captivating dreams that are elaborate, much like a novel, then you most likely have a high IQ. Not remembering your dreams is normal, though. Most people don’t. That doesn’t have anything to do with your IQ. 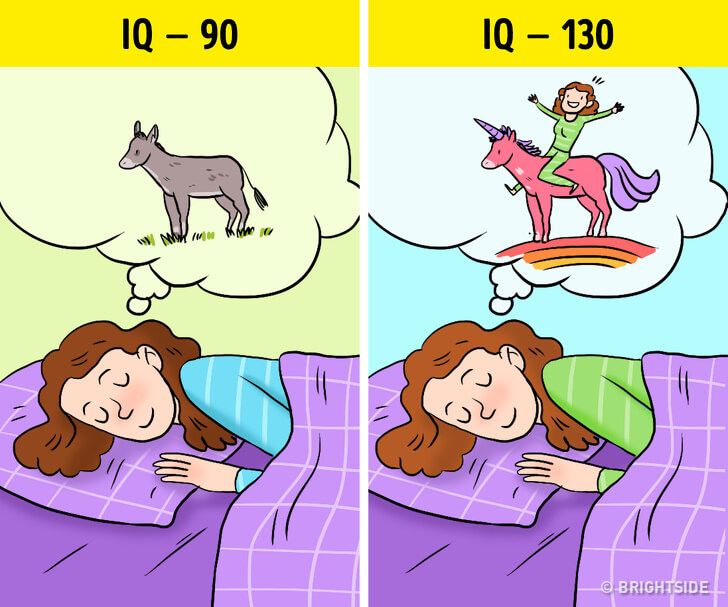 7. After lunch, your hearing weakens

A full meal could cause some ringing in your ears because of the impact that some foods or drinks can have on the level of fluid in your inner ear. A lot of sweet and salty food, plus some caffeine, can cause temporary dizziness. 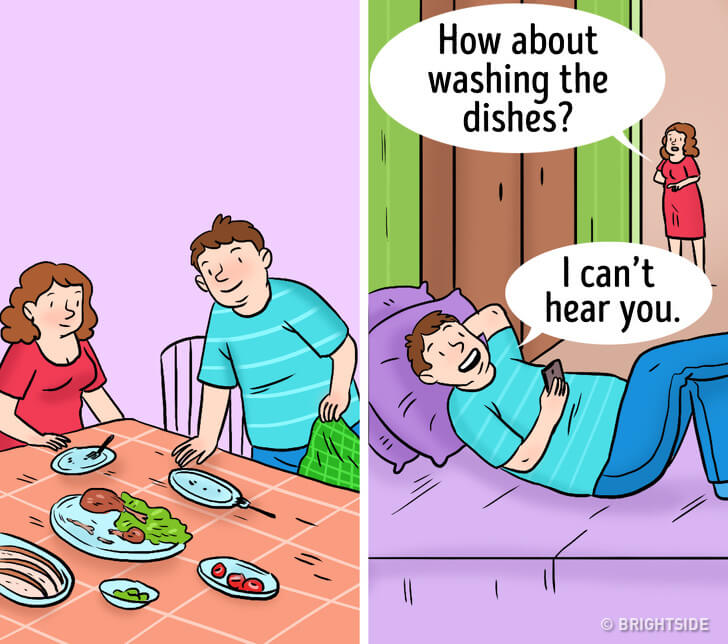 8. Honey is good for digestion because it has already been digested once

Honey was first digested in a bee’s goiter and it’s made of simple carbs that the body can easily and fully absorb. 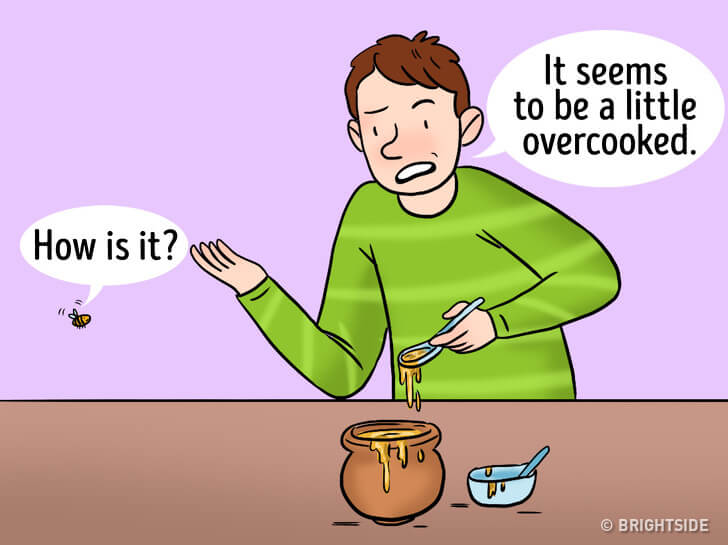 9. Spring is when children grow faster

Children have their own times for growing and scientists have found out that kids have a tendency of growing faster in spring. It might have something to do with the sun. 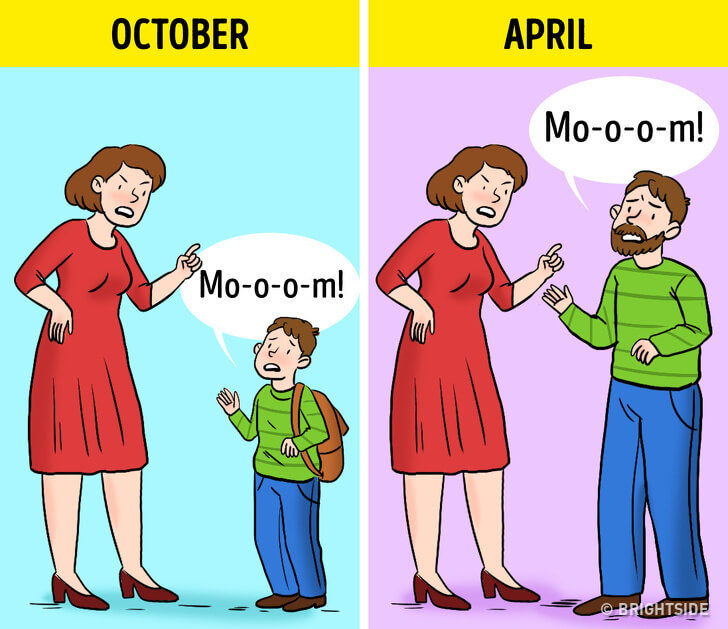 10. People have corneas similar to sharks’

Theoretically, it can even be used for transplantation . 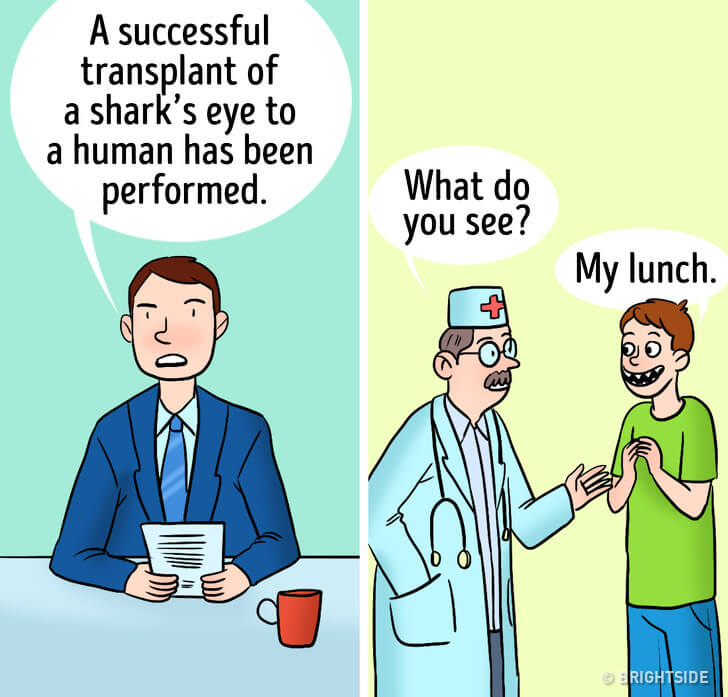 11. Your lungs are different in size

The left lung is considerably smaller in volume than the right lung, in order to give the heart the space it needs. 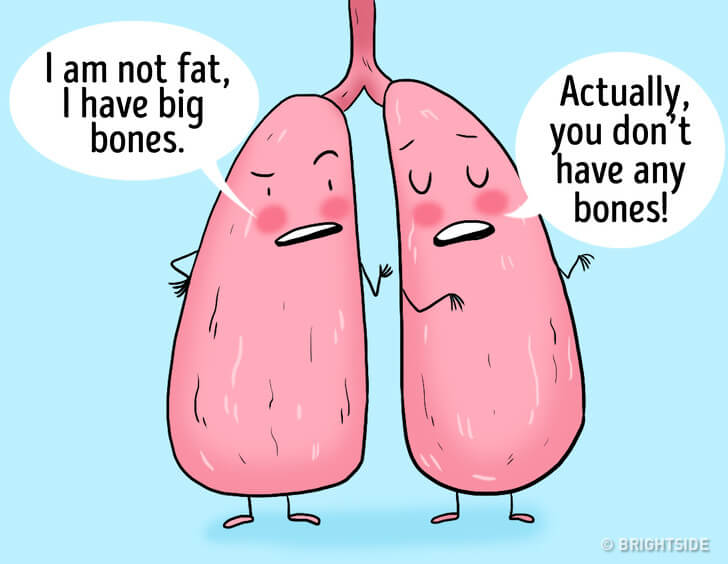 12. We have a lot in common with slugs

The human DNA is 70% similar to the DNA of slugs. The DNA of a human and a banana have a 50% similarity. This is due to the fact that we are all descendants of a common ancestor. We just happened to take another way during the evolution. But, we are relatives with the other creatures on Earth. 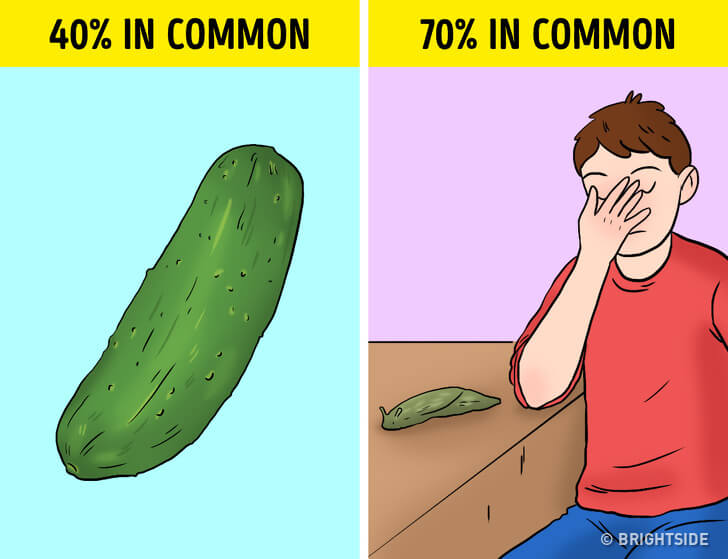 8 Gadgets for pets that you need to see

8 Gadgets for pets that you need to see