Okay, this is new! I’ve never heard before of anything similar although there were plenty innovations when it comes to cocktails in recent years. But this is something completely different and probably announcing the big entrance of cocktails (or flavors in general) in the virtual reality. Here we present to you a virtual cocktail app glass which color, flavor, and scent you can mix on your mobile phone and experience it right after it, even if you have just water in the glass in front of you. Sounds awesome, right?!

This innovation was created by Nimesha Ranasinghe and it’s called ‘Vocktail’ or ‘virtual cocktail’ glass. Thanks to it you can play with scents and flavors of your drink, adding a note or two to already mixed cocktail in your glass or making a glass of water taste like your favorite drink. You can imagine how convenient it is when it comes to categories who mustn’t drink alcohol, like pregnant women or professional sportsmen. Now, everyone at the party can enjoy the taste of their favorite cocktail, even if they’re driving home after it. But how does it work?!

There are three layers of sensors which helps to create the desired effect. The first “layer” of sensory stimulation is the color cast onto the liquid by LED lights, giving our brains an idea of what to expect from the flavor. 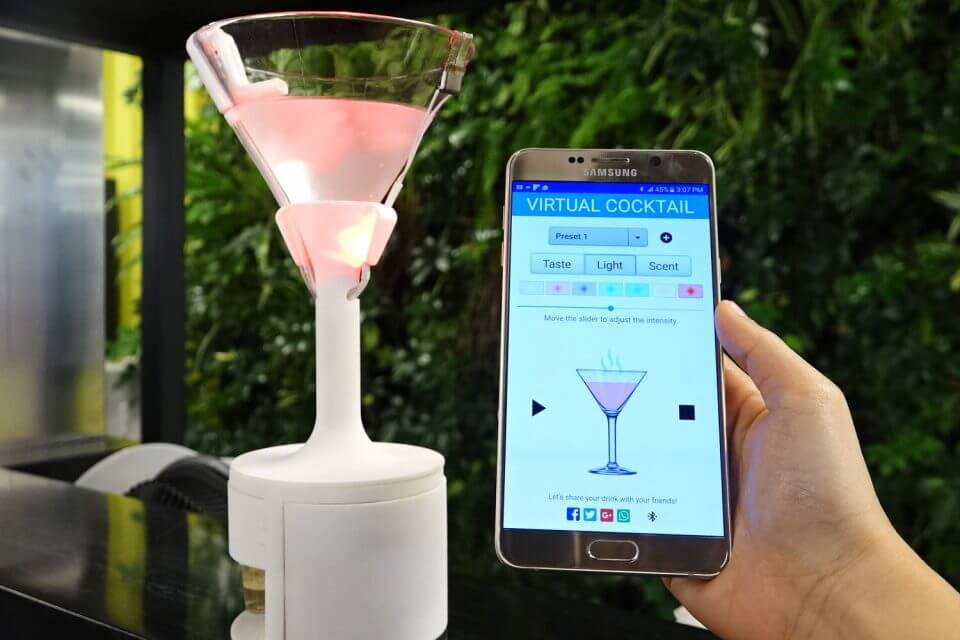 The second “trick” is hidden in tiny pumps consisting scent located along the rim. These allow spraying all-important molecules in the direction of a person’s nose. The third layer is a series of electrodes that send signals to the tongue, altering the flavor of what we think we’re tasting. Pretty impressive, right?! 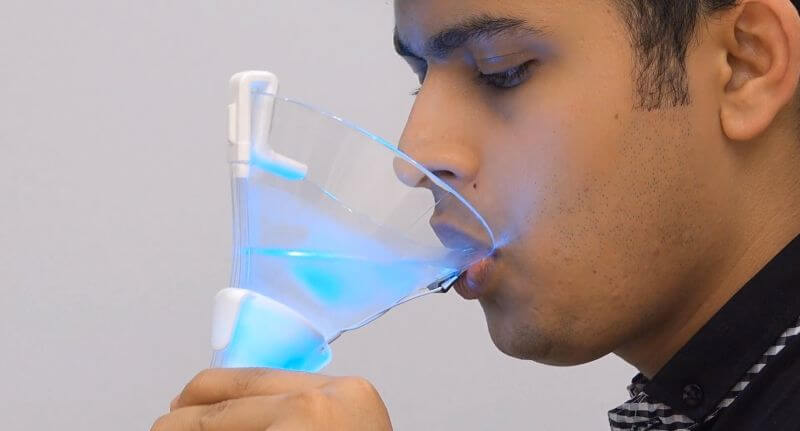 This glass is probably the start of the dramatic change of our experience of virtual reality. Ranasinghe also developed TasteXML, a markup language for flavor, as well as Taste Over IP, a protocol for transmitting flavors over the internet. Learn what he said about his invention next.

“Taste Over IP (Taste/IP) is a new methodology (framework) for integrating the sensation of taste with the existing digital communication domain. Taste/IP has three core modules: the transmitter, form of communication, and receiver. The transmitter is an AndroidTM mobile application, where the sender formulates a taste message to send. At present, we are conducting research on transferring basic taste sensations known as sour, salty, bitter, and sweet.” 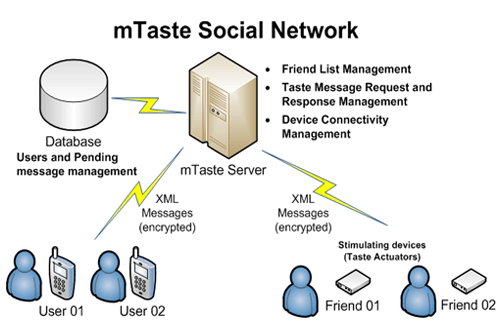 “Then, for communication, we present a new extensible markup language (XML) format, the TasteXML (TXML) to specify the format of taste messages. TasteXML is a Remote Procedure Calling protocol that works over the Internet. TasteXML messages are set of encrypted requests and responses. The body of both request and response are in XML format. As the receiver (actuator), we use the Digital Taste Interface, a novel method for stimulating taste sensations on a human.

We believe, in the future, this technology may use to implement digital taste sharing platforms and social networking services.”