by Ksenia
in Entertainment
1

Fire-breathing dragon bridge – how does this sound to you?!! Awesome, right! The best part is that it’s real and not scenography from some epic fantasy movie. It is located in Vietnam in Da Nang, a major port city.

The Dragon Bridge has been opened in 2013, for the 38th anniversary of the liberation of Da Nang City. You can sense the size of the bridge from the photos in the gallery but here are some numbers to complete the picture: it is 666 meters long, 37.5 meters wide, has six lanes for traffic and two pedestrian sidewalks. The steel arch bridge weighs up to 1,000 tonnes. Impressive as it is its design itself in a form of fire-breathing dragon.

This is not the end of the impressive info about this bridge. The Dragon Bridge consists a modern lighting system that includes 15,000 Philips LED lights that make it brilliantly change colours. The most interesting fact is that the dragon is releasing bursts of fire or sprays of water from its mouth!

The Dragon Bridge is set across the Han River. Da Nang has many more modern bridges and it is living up to its nickname “The City of Bridges.” It’s no wonder The Dragon Bridge happens to be in Vietnam, having in mind a special place this mythological creature has in their culture.

“Vietnamese dragons are symbolic creatures in the folklore and mythology of Vietnam. 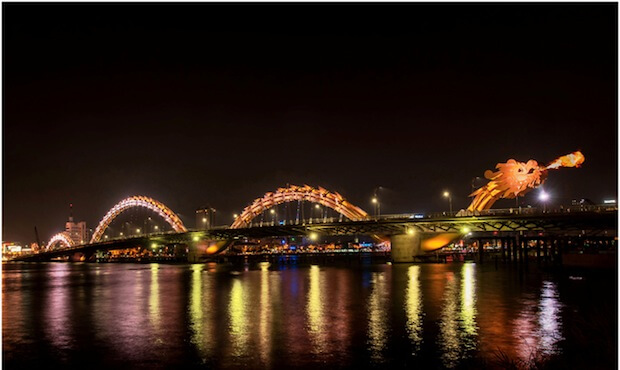 According to an ancient origin myth, the Vietnamese people are descended from a dragon and a fairy. 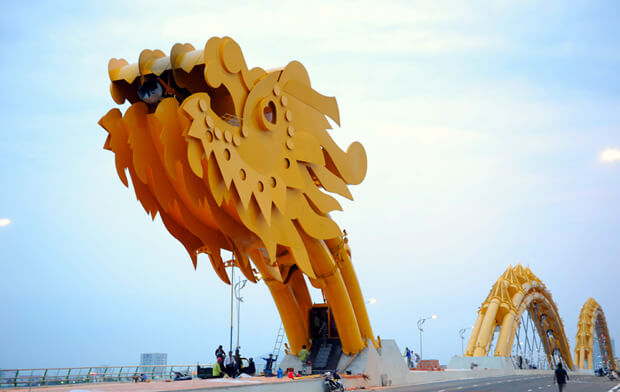 To Vietnamese people, the dragon brings rain, essential for agriculture.” 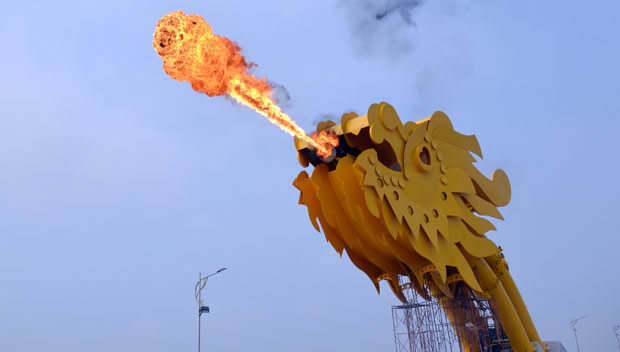 The Dragon Bridge is located across the Han River in Da Nang, Vietnam. 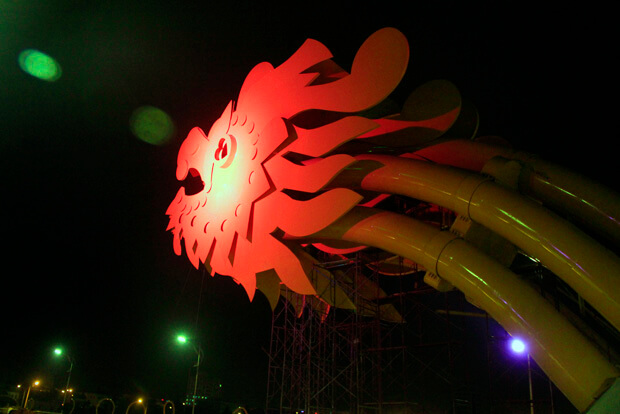 Dragon is realising bursts of fire or sprays of water from its mouth. 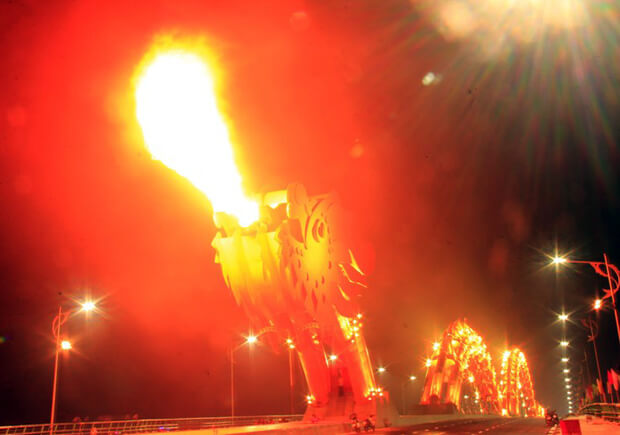 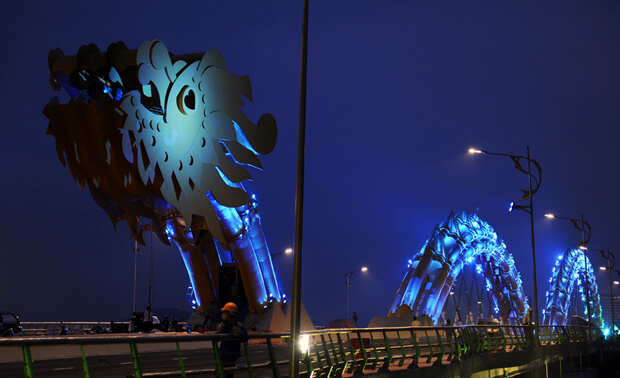 Total cost of the project was around $85 million and it was finished in 2013. 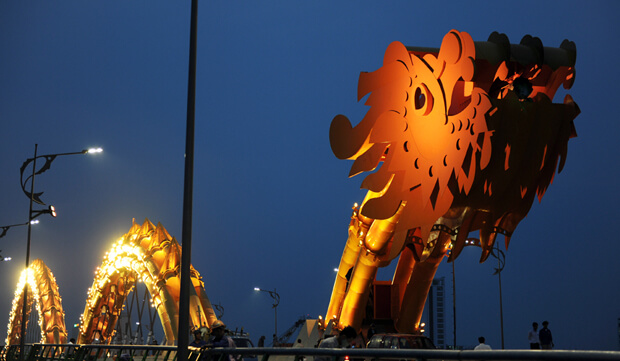 Impressive views of the Dragon Bridge and Da Nang – “The City of Bridges”: 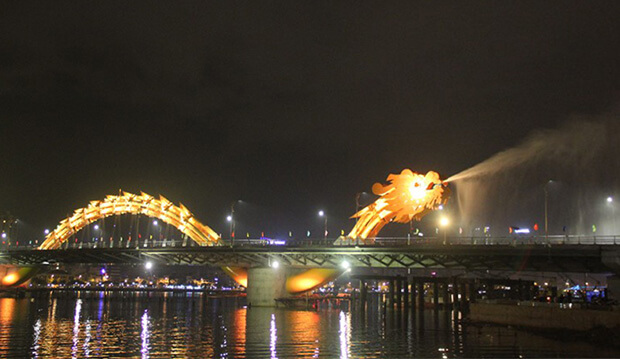 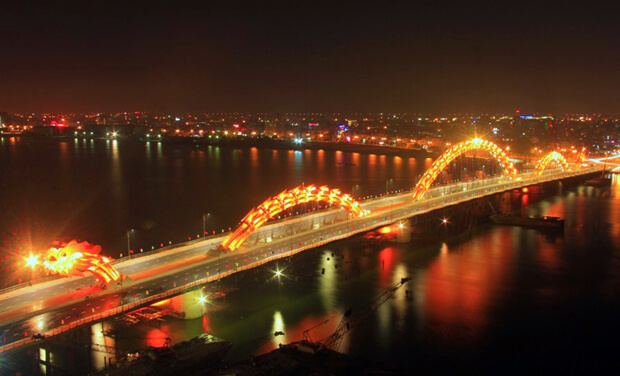 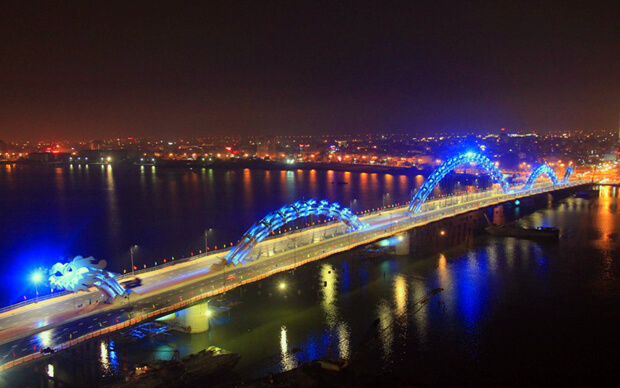 The reflection of the bridge in the water below 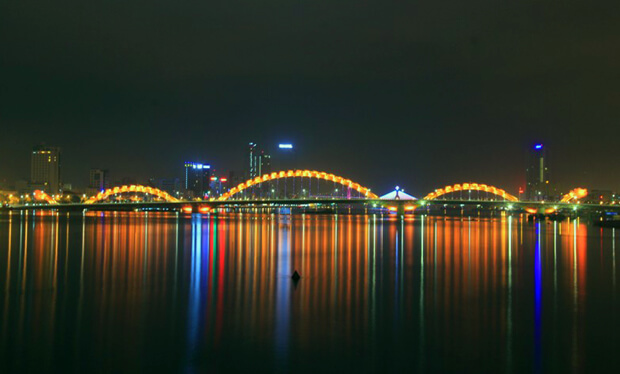 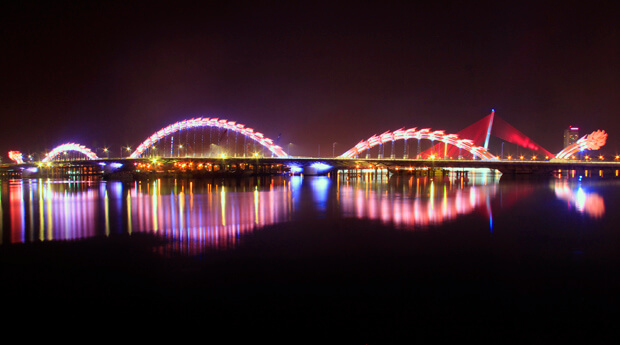 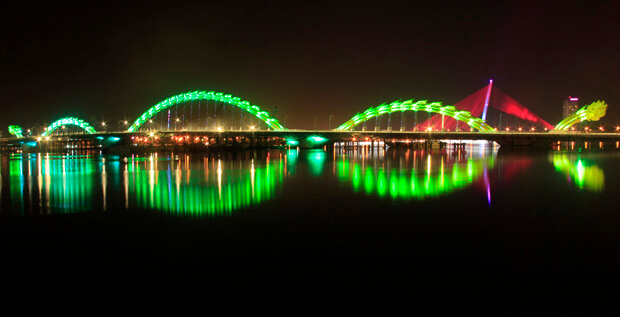 Here it is during the day 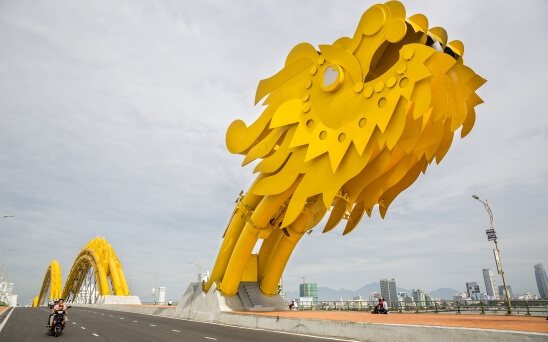 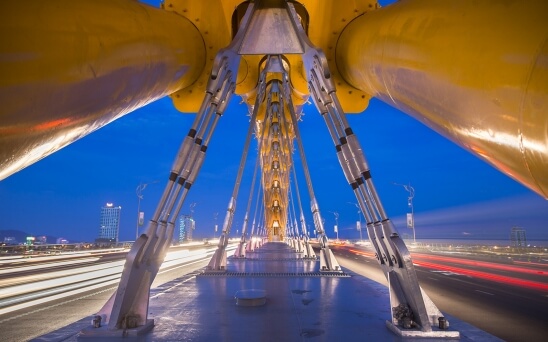