With The Solar System Watch, You Can Wear The Entire Galaxy On Your Wrist

The Midnight Planetarium watch aka the solar system watch is feat of engineering. With its stunning design and highly artistic craftsmanship, it can accurately display the movement of 6 planets in our solar system as they orbit the Sun. And yes, it also shows the time.

Each planet is presented in the form of a precious or semiprecious stone that represents that specific planet’s colour. For example, serpentine for Mercury, chloromelanite for Venus, turquoise for Earth, red jasper for Mars, blue agate for Jupiter and sugilite for Saturn.

There is also a “lucky day” feature that uses the bezel to allow owners to select any day of the year as your “lucky day” and the Earth will then fall underneath the painted star on the watch’s crystal on that day every year.

Why only 6 planets, you would ask.  The other two planets in our solar system that were excluded, have orbits too long that would make their movements on the watch almost imperceptible and impractical. Uranus orbits the sun in 84 years and Neptune, in 164. 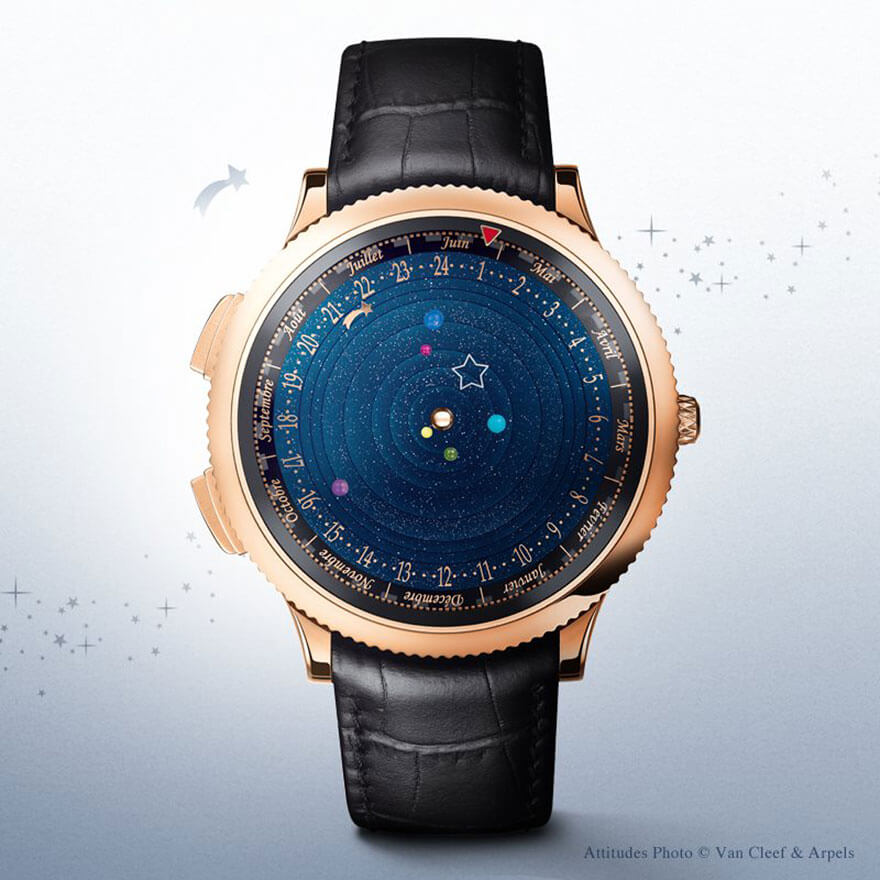 Ast for the planets that are featured, they will make a full rotation on the watch as follows: 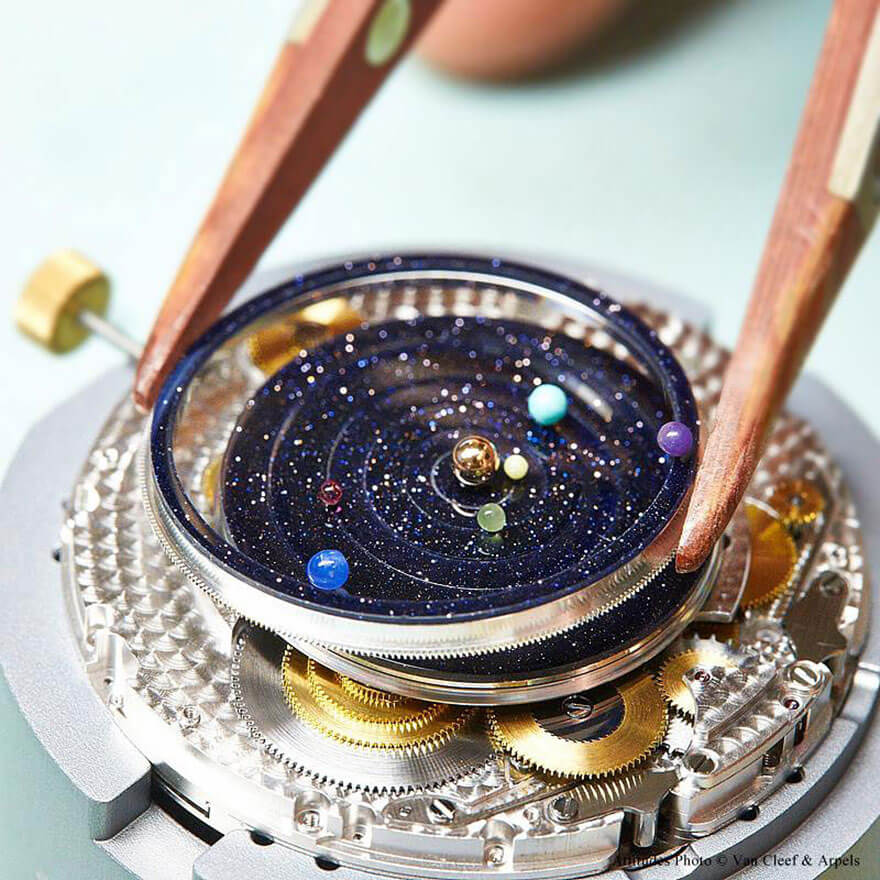 The solar system watch is a true feast for the eyes. It took 3 whole years of work to make it and it contains exactly 396 specific pieces. The price tag is one to match all this and by that we mean a staggering $245,000. But what is $245,000 when you can wear the solar system on your wrist and also tell time. 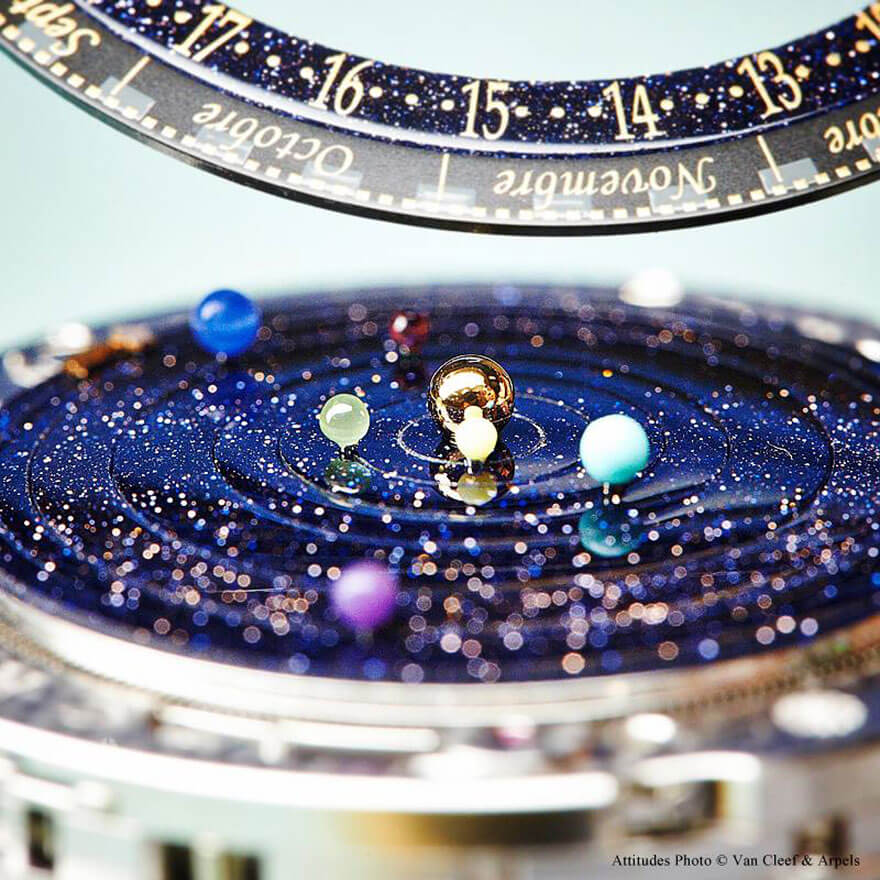 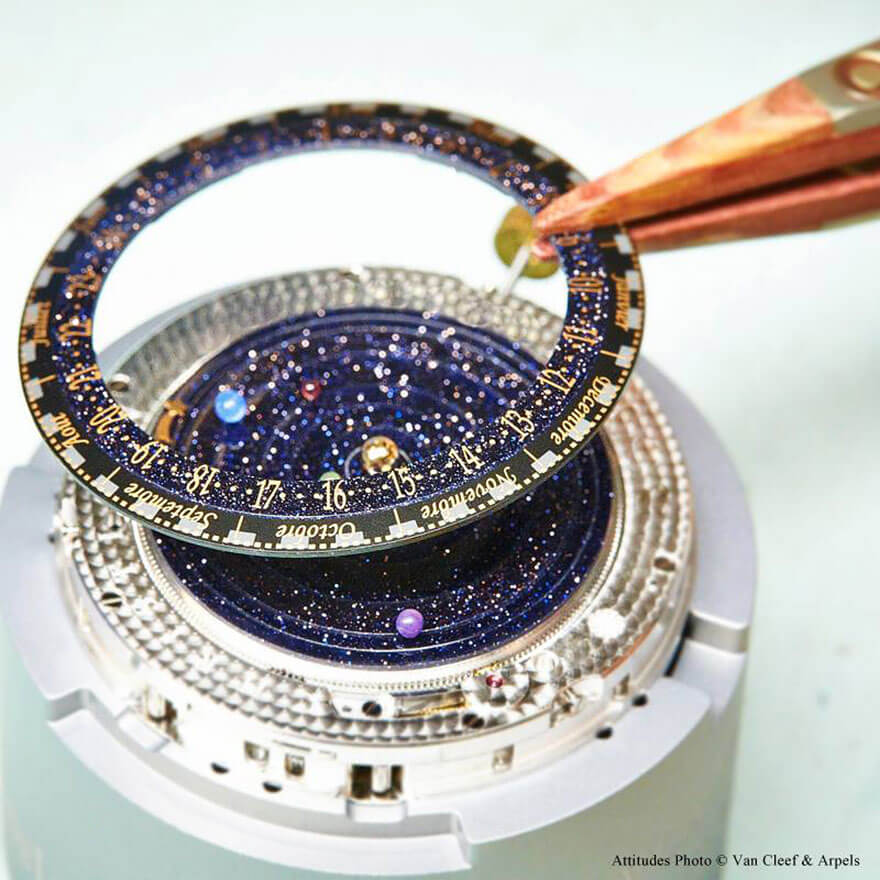 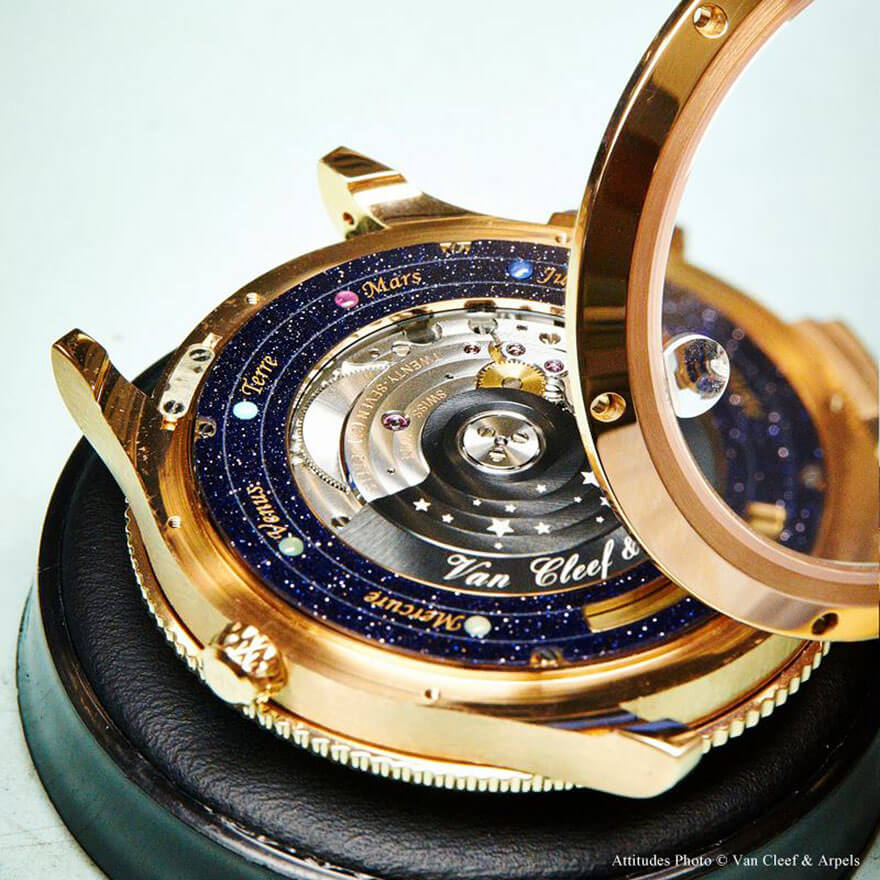 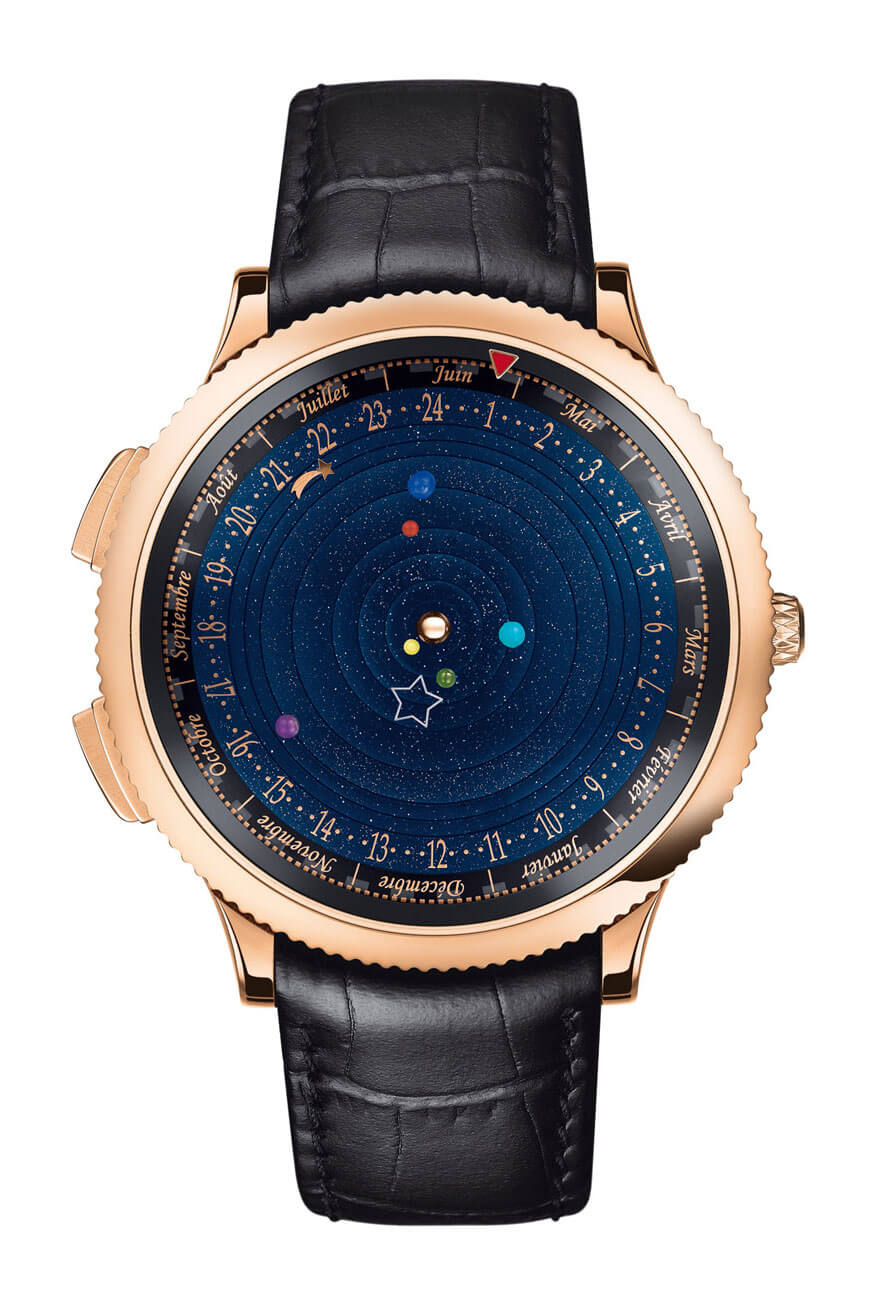 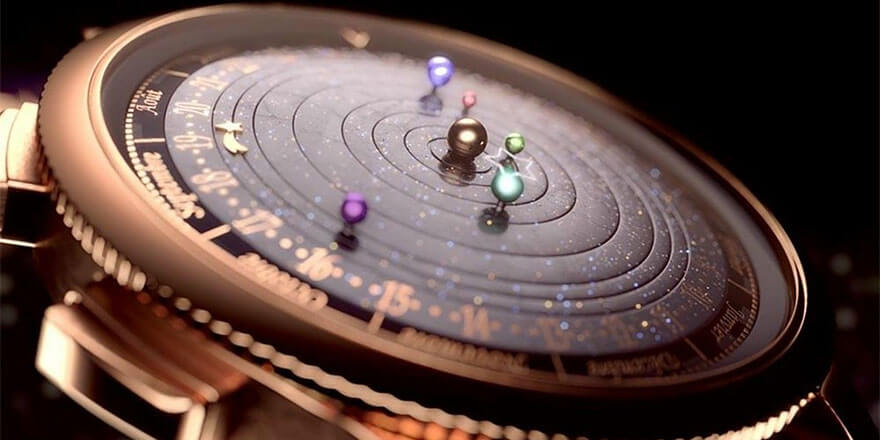