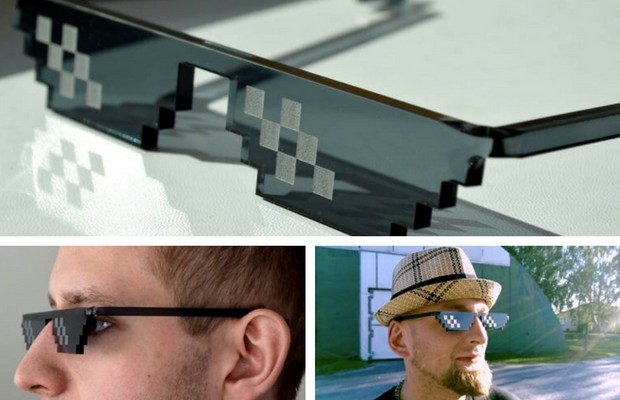 The deal with it glasses and meme is a well known meme on the internet, ” Deal with it ” is a form of expression that is used to respond to someone’s disapproval or discontent. Most of the time when the meme is being used it is put together with an image macro or animated GIF where you see the subject wearing a pair of pixelated sunglasses, so,

the deal with it glasses became a popular gadget to own.

Sometimes you just have to stand your ground and tell the world, or someone else in front of you to just deal with it. I’m not moving, accepting, agreeing with you, for those exact times the deal with it glasses was born.

The pixelated sunglasses offer the best accessory to reply to someone when you just don’t care. 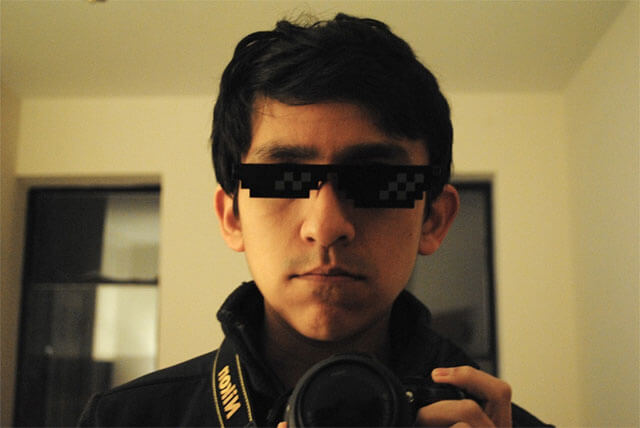 The glasses are laser cut and engraved from solid smoked acrylic, the deal with it sunglasses are the perfect gadget for anyone who is a boss that needs to stand his ground.

Ever since the first GIF was published to the internet in 2010 these glasses exploded on the world and became really popular. 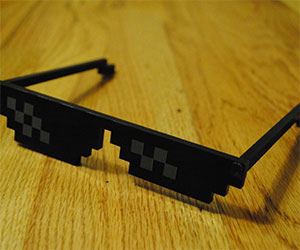 The glasses don’t have hinges so you can’t bend them, Which fits perfectly to the person who wears them because he’s a total badass right?

Besides being a popular meme, these glasses can even be a cool accessory for your next party 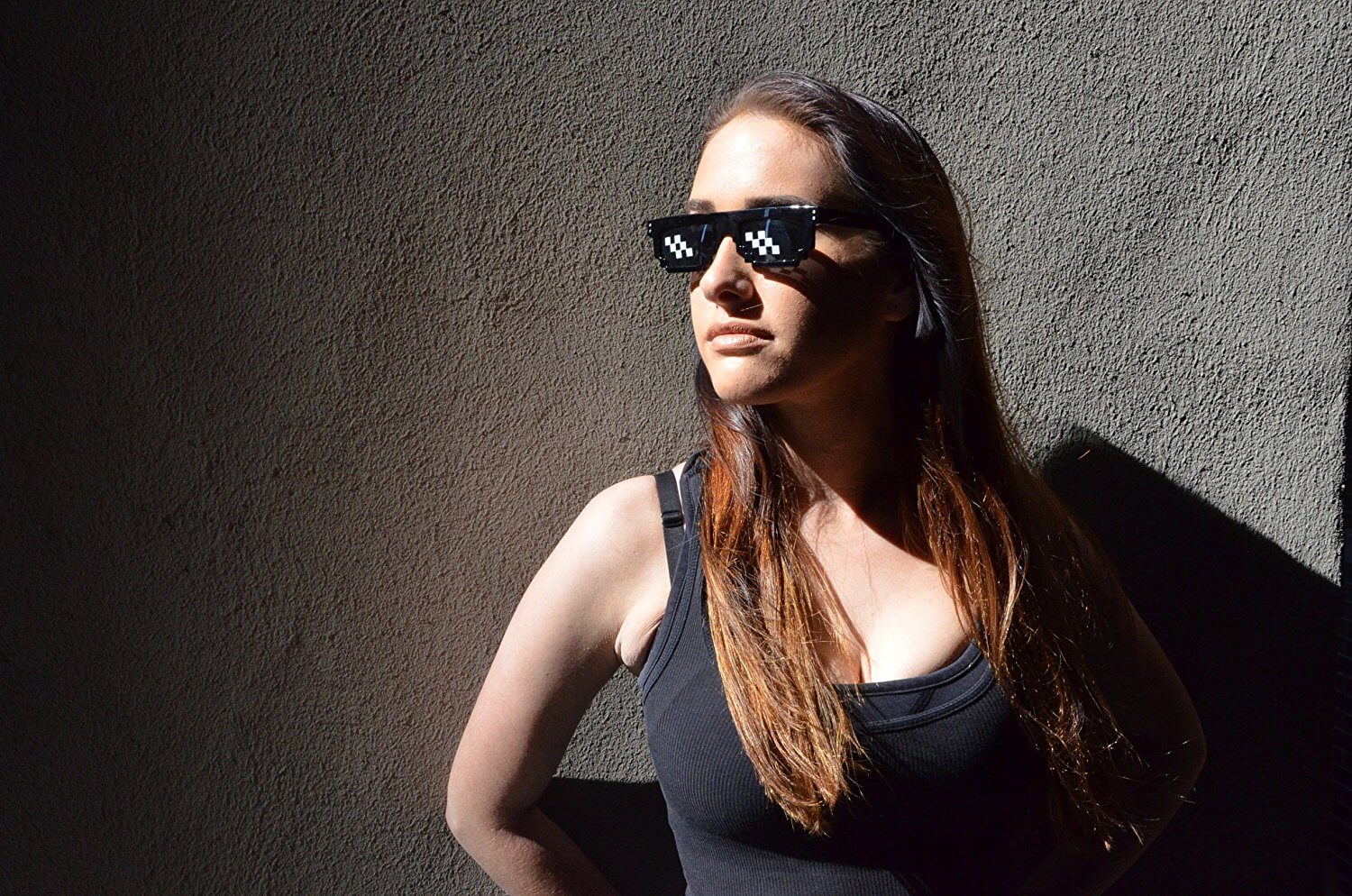 Just look at this girl and tell me you don’t want to own a pair of the glasses. 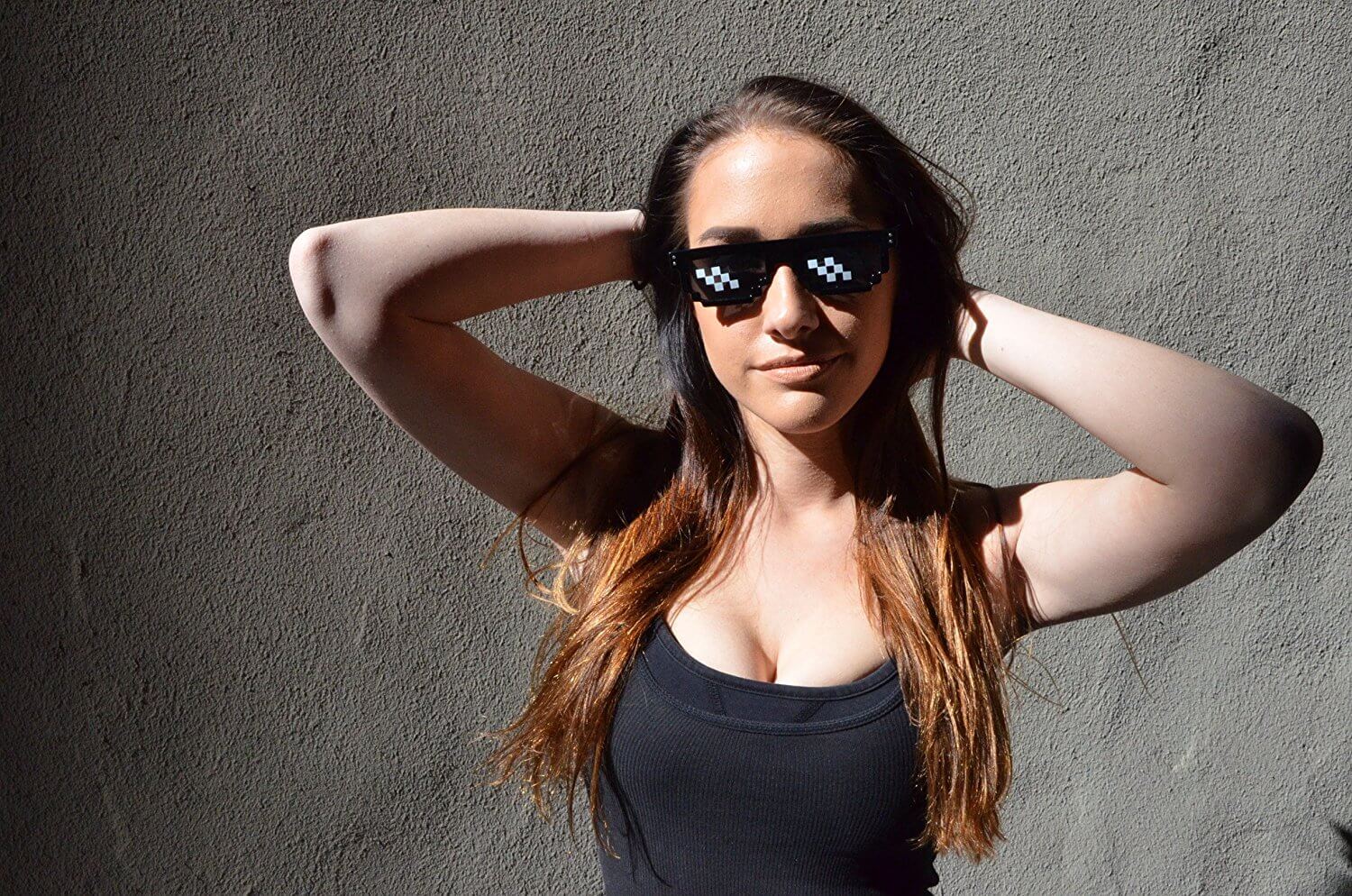 For the low price tag, any internet junkie or Redditor who wants to have the perfect response needs these glasses. But remember it’s up to you to set up a machine that will perfectly drop the glasses from the sky on your face in the exact moment when you have 0 more fucks to give. More info: Check them out on Amazon

And for all of you who don’t speak meme, just deal with it.