The Anthem Veterans Memorial Monument Is Only Truly Complete Once In 364 Days On Veterans Day At Exactly 11:11 AM

There is a monument in USA that is almost never “complete”. It seems that the sun plays a major role in its completion and it happens only one day per year. We’re talking about the Anthem Veteran Memorial (AVM) in Anthem, Arizona, which was hoisted to honor the service and sacrifice of the armed forces.

As you might imagine, a lot of thinking and dedication went into designing this monument. Chief engineer Jim Martin explains: “Each year, the center of the sun is slightly offset from other years by just a few horizontal or vertical arc-seconds relative to the timing of the required azimuth/altitude position of the sun. Using the statistical mean of the 100-year data, the altitude and azimuth angles for the structure were adjusted to provide time/error fluctuation of plus or minus 12 time seconds from the International Atomic Time mark of 11:11:11 a.m”.  They say the checked the variance for the next 500 years, so, if the monument will still be standing, it will work 500 more years from now on. Check it out yourself below! More info: onlineatanthem.com

The Anthem Veteran Memorial (AVM) monument in Anthem, Arizona stands incomplete for 364 days of the year 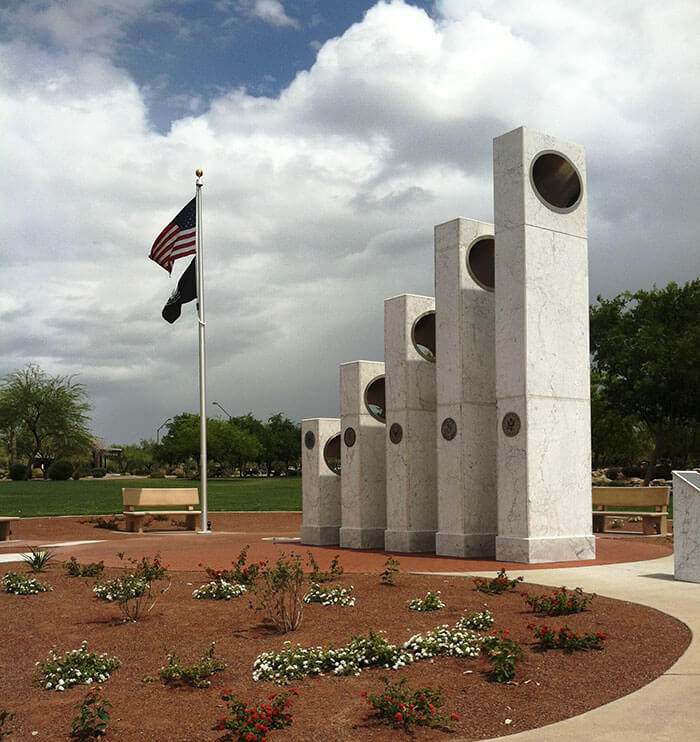 But every year on Veterans Day, which is November 11, at precisely 11:11AM, the sun is aligned just right to pass through the pillars and illuminate the United States Seal in front of it. 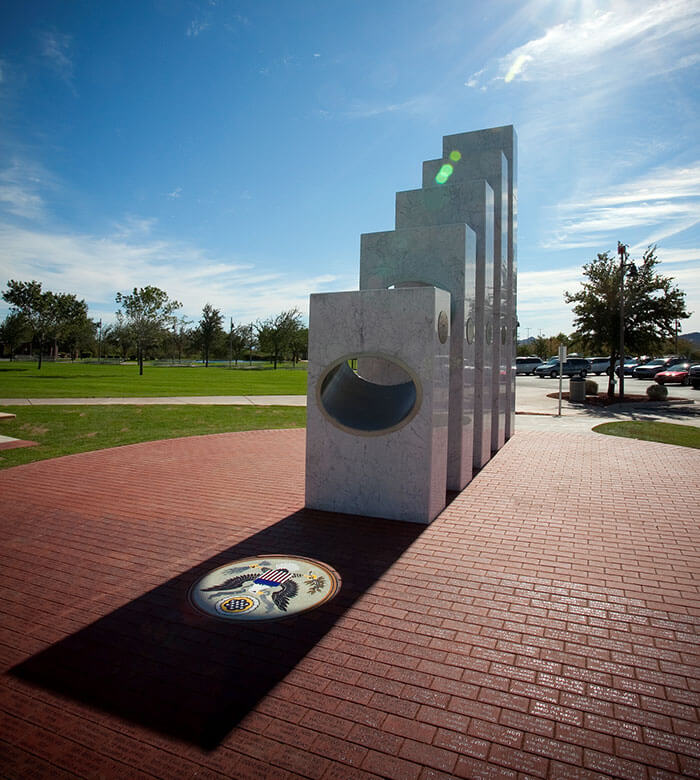 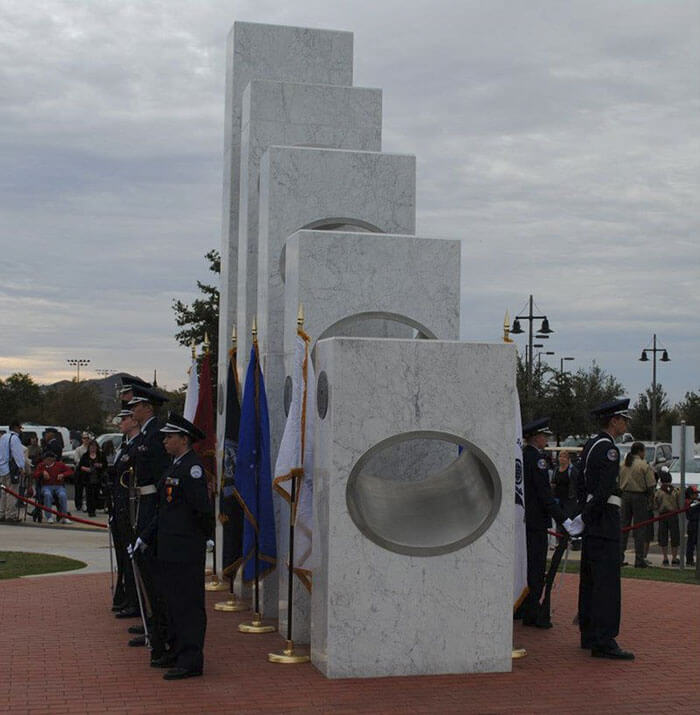 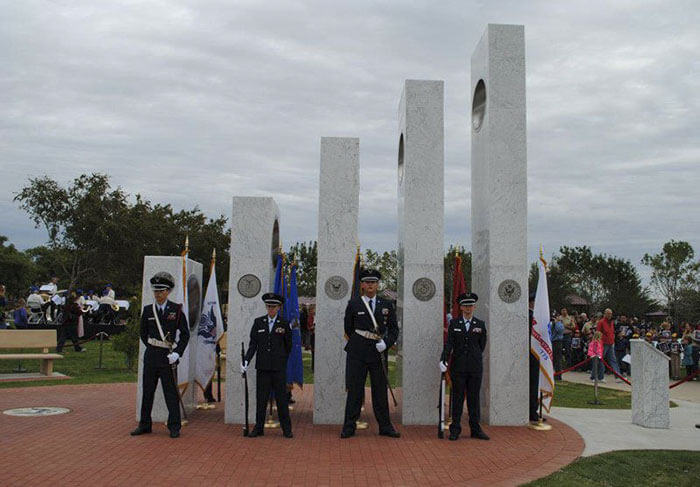 When building it, they also slightly adjusted the pillars using data from the previous 100 years to account for errors of up to 12 minus or plus time seconds 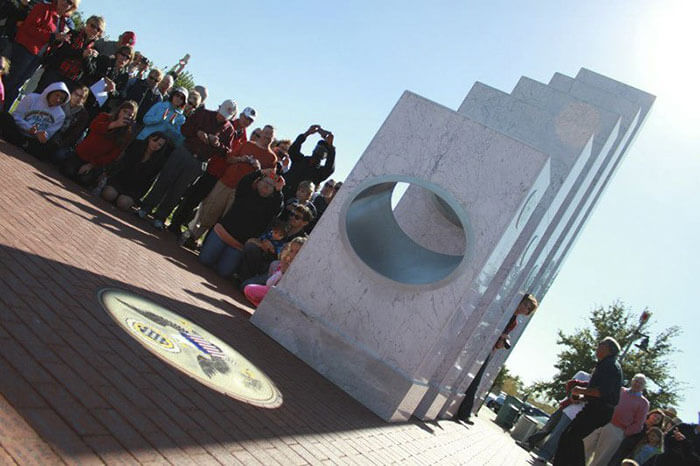 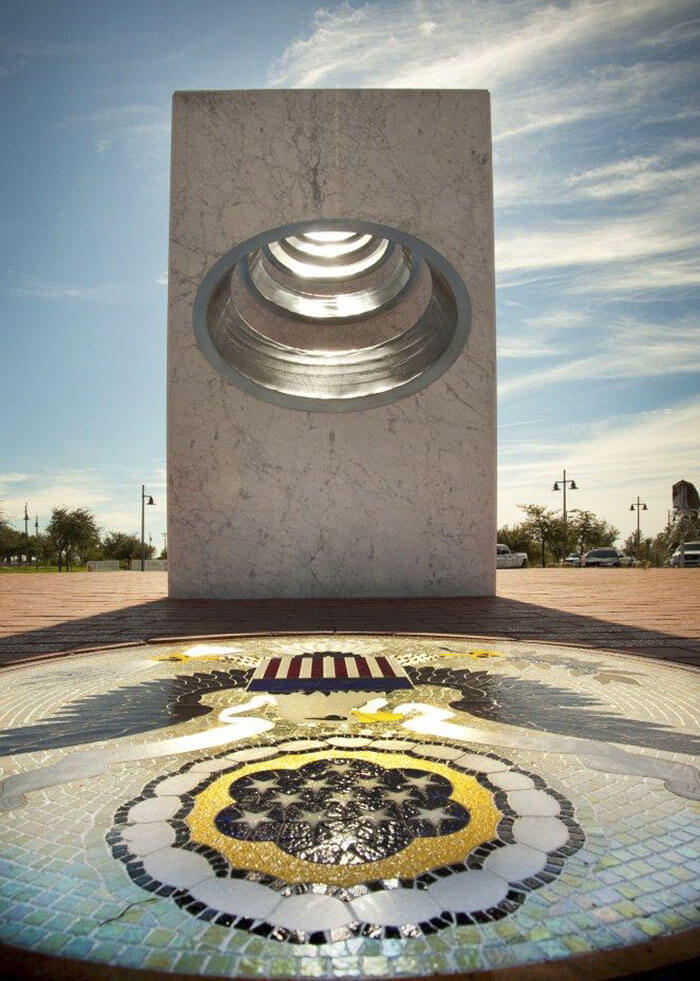 See the monument in action in this video: 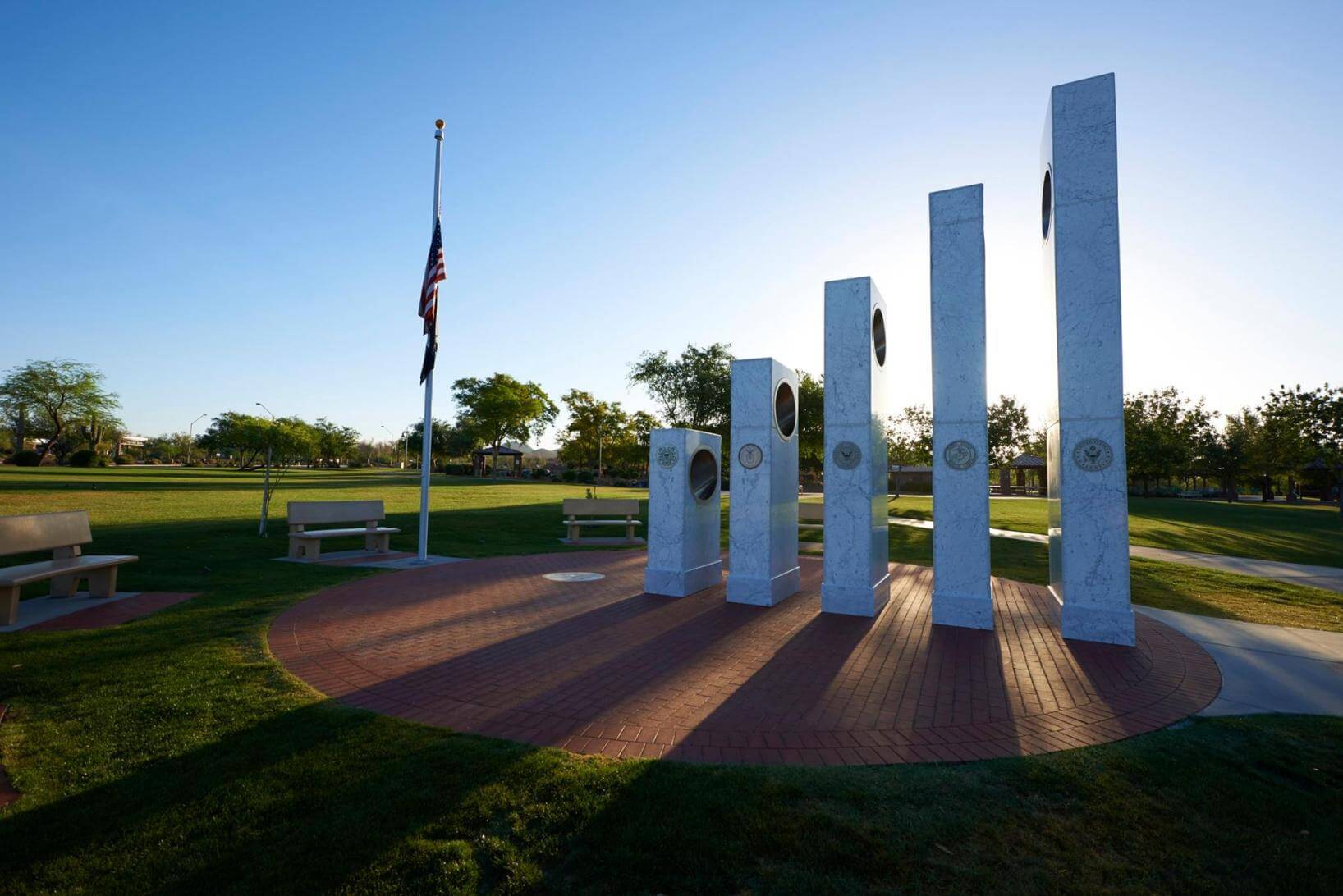