These photos look like Van Gogh “The Starry Night”, only that there was no human in charge of painting them like that. Someone else did. Who? We still have no idea. We, humans, only took the pictures. More specifically, the man-made Juno spacecraft, which took these pictures 18,906 kilometers away from the tops of Jupiter’s clouds. That’s about the distance from New York City to Perth, Australia. And they are amazing to look at.

Yes, what we’re seeing in these pictures, is a cloud system from Jupiter’s northern hemisphere. It looks beautiful, we know. We gotta’ thank the Juno-Jupiter-Sun angle for the high-altitude clouds casting shadows on the surroundings.

This first picture below was originally taken on October 27th, 18,906 km away from the tops of Jupiter’s clouds. It looks just like a painting, with beautiful shades of blue, grey and white, showing Jupiter’s complex and turbulent atmosphere. The picture was taken at just the right time and we can see how Jupiter’s clouds are casting shadows around. Quite an interesting guy, this Jupiter. 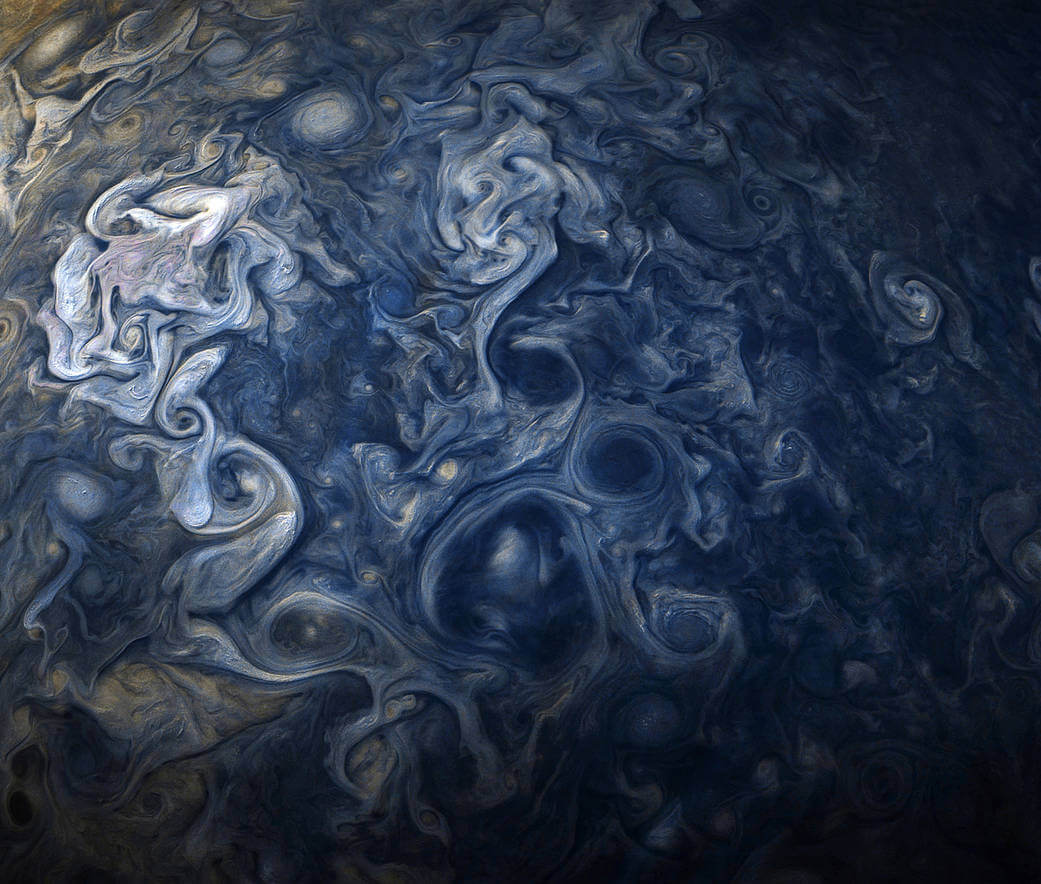 While this close up picture looks like a beautiful painting and a stunning view, it also shows the complexity of the atmosphere this planet has, impressive views from the solar system’s largest planet. 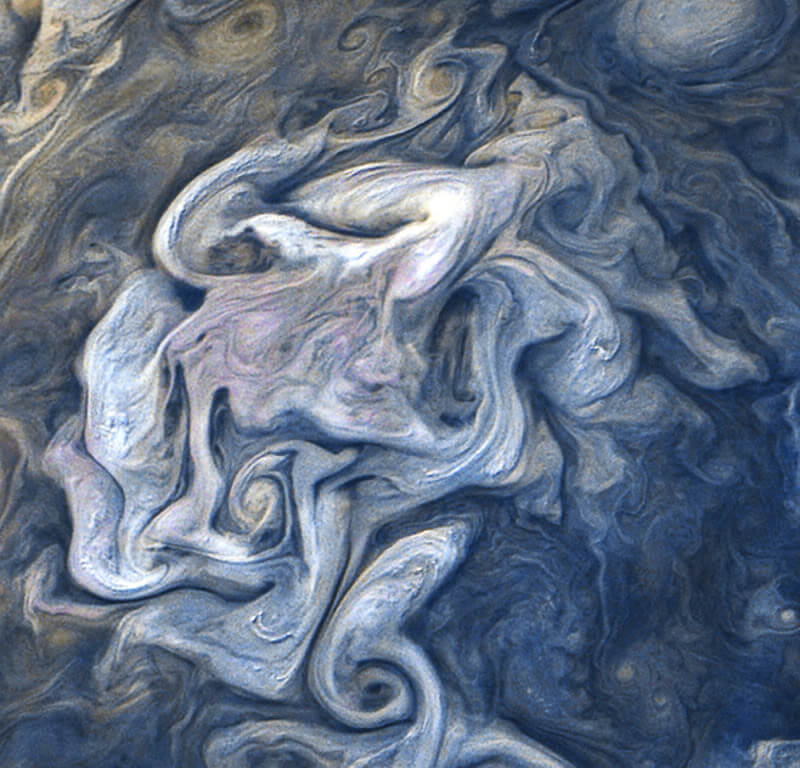 This picture was originally taken on July 10th, 2017. The orbiter was 16,535 km above Jupiter’s cloud tops and that’s why we’re lucky, because we can see the Great Red Spot and all those multicolored stripes. 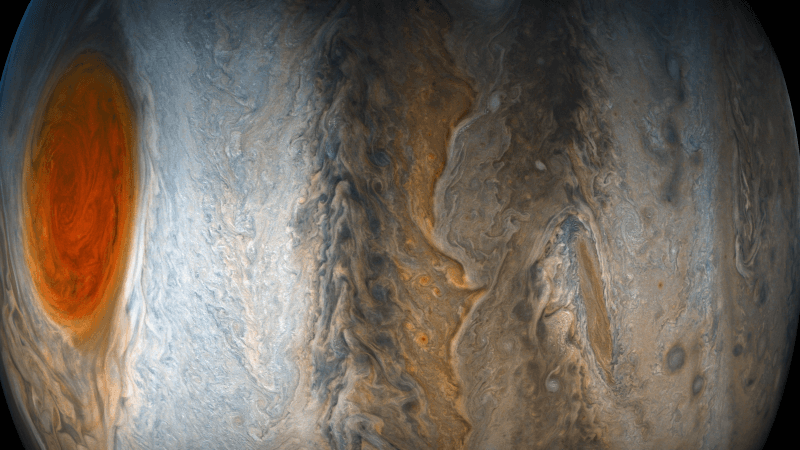 We liked it and we want some more. Can we get some more, NASA?

38 Pictures Of Two Dogs And a Cat Who Just Love Doing Everything Together, Especially Napping

38 Pictures Of Two Dogs And a Cat Who Just Love Doing Everything Together, Especially Napping