Messing up with the memory has always been an interesting field for the creative and imaginative movie industry. Just remember, now already a classic, Eternal Sunshine of the Spotless Mind; a service of erasing someone from your memory, what an idea?! I’m sure you are recalling many other examples at this moment as well…Yet, movies and science often have touching points and often science catch up with the imaginative creative minds of the seventh art.

This time scientists made a breakthrough exactly in the field of memory and its transmission. No, the mentioned service from the mentioned movie is not yet available, but a pretty fascinating thing has happened in the scientific world – US scientists managed to transfer memory from one snail to another.

During the experiment, they used two groups of marine snails. They taught the first group that harmless taping of their shells signals potential danger by using mild electric shocks. As the result, the snails from the first group, after being taped on the outside of their shells would defence for about 50 seconds.

The second group of snails didn’t act that way and harmless taping was provoking defence of just 1 second. However, when researchers injected ribonucleic acid (RNA) from the trained snails into the second group, all seven of the snails went on to hide in their shells for an average of 40 seconds when the scientists came knocking!

“It’s as though we transferred the memory,” said the study’s senior author, David Glanzman, from the University of California, Los Angeles.

US scientists made a breakthrough in the field of memory and its transmission. They’ve managed to transfer memory from one snail to another. 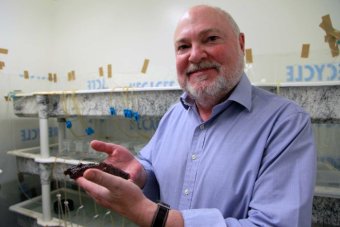 Professor Glanzman said in future it might be possible to awaken and restore memories that have gone dormant in the early stages of Alzheimer’s disease or ameliorate the effects of post-traumatic stress disorder. For more information about this exciting finding read a paper published in the journal eNeuro.