Paul Rudd Repeatedly, Over 15 Years, Tricked Conan O’brien To Show The Same Clip Regardless Of What Movie He’s There To Promote

Talk shows are great opportunities for people from the show business, like actors and singers, to promote whatever they’ve been working on lately. That’s the way things work since the beginning of time…or at least since the begging of television and talk shows. However, there are always exceptions where there are rules.

Actor Paul Rudd uses opportunities he gets in a talk show to play a prank! And what is the most interesting part of this odd behavior is that he’s been doing this, with the same prank all over again, for about sixteen years! So, what it is about? ( scroll down for video )

The actor has been pranking Conan O’Brien on his talk show (first Late Night with Conan O’Brien right through to Conan). He promises to play a clip from his latest project and instead of it, he plays a particular scene from bizarre movie Mac and Me, a sci-fi film about a ‘Mysterious Alien Creature’ (MAC) that’s befriended by a boy in a wheelchair. It was sponsored by McDonald’s and it’s like an hour-and-a-half-long Mac’s advert.

The same scene is being played every time he’s hosted as a guest on Conan’s show and it turned out into the “running joke” with Conan O’Brien. The clip starts as it supposes to, showing footage from the movie Rudd suppose to promote and then just the bizarre scene from Mac and Me hops in. Every single time for last sixteen years! 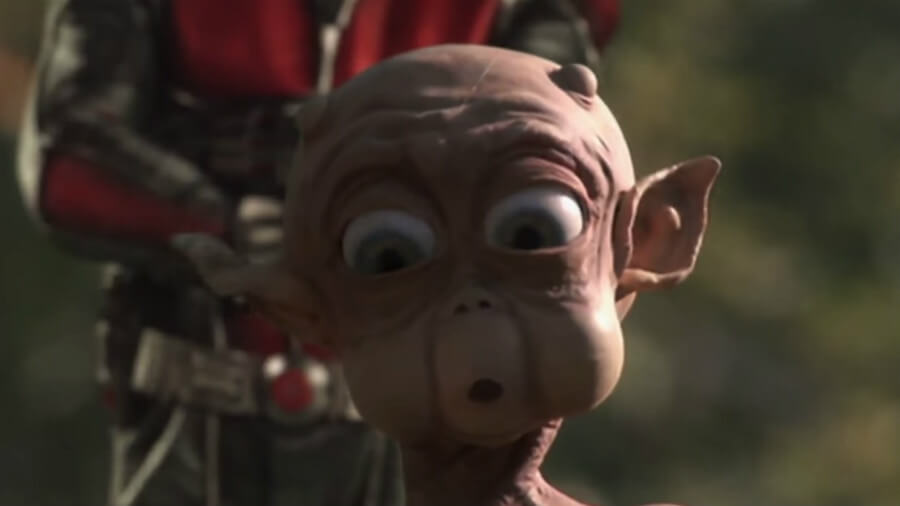 “I set up a clip – you know, they cut to a clip – so I set up the clip, and then I just showed the clip from Mac and Me with the kid going off the cliff in the wheelchair,” Rudd said in an interview with Mark Kermode and Simon Mayo. “And then I went back again to promote something else – like the last episode of Friends – and I said I actually have some footage from the show, and they set it up very seriously, and then just showed that Mac and Me clip.”

Lots Of Cute Animals Photographed In The 36 Funniest Ways Possible