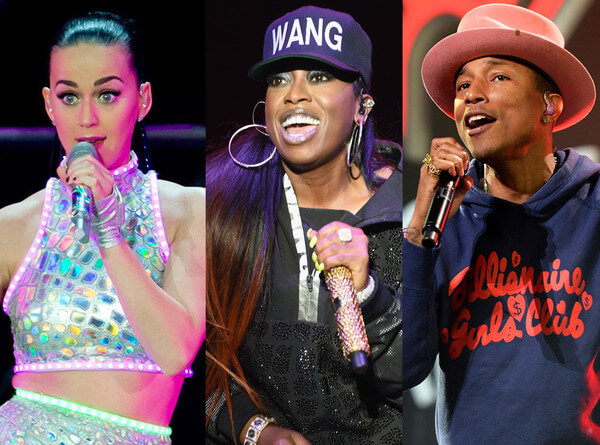 Missy Elliott made an epic comeback with her new single  “WTF (Where They From)” with Pharrell Williams recently, and mass of people all over the world already claim that she killed it with a new video. But how did this happen? What made her come back on the scene and under the spotlight again? According to an interview with i-D there are two persons to be blamed for this the most –  Katy Perry and Pharrell Williams. The most important moment happened at recent Super Bowl performance recently, where Missy elliot and Katy had a performance together.

“First of all, I can’t thank her enough. A thousand thank you’s wouldn’t be enough. She allowed me to perform my records, on her set and she said ‘If you have a new record, you should perform it, this is the time to perform it’. At the time, I had some records but I didn’t feel as strong about them. I said I’d rather go out there and give them the classics,” Missy is telling what exactly happened.

Pharell was thrilled with her performance at the Super Bowl and soon he contacted her.

“He said ‘I’m not trying to push you, but people miss you. Do you see what happened out there? Have you seen the charts’? I think I was still in shock. It still hadn’t registered. He was like ‘I want to get in the studio with you.’ Who turns down Pharrell?” Missy recalls.

So, thank you Ketty and Pharell so much for this, and Missy you’re back to stay, right?! We certainly hope so!