I don’t know if you’ve seen this yet, but there’s a project in Los Angeles to paint the street white in order to keep the city cooler than usual. Painting surfaces white can actually reduce the temperature by over 10 degrees Celsius.

Dark asphalt surfaces absorb the sun’s heat making it almost insufferably hot, but these high temperatures can be reduced by painting roads white. This can also be used for playgrounds, bike trails or walking paths. It costs $40,000 to paint a mile of road white and it lasts for 7 years. They said it also improves visibility during night-time. 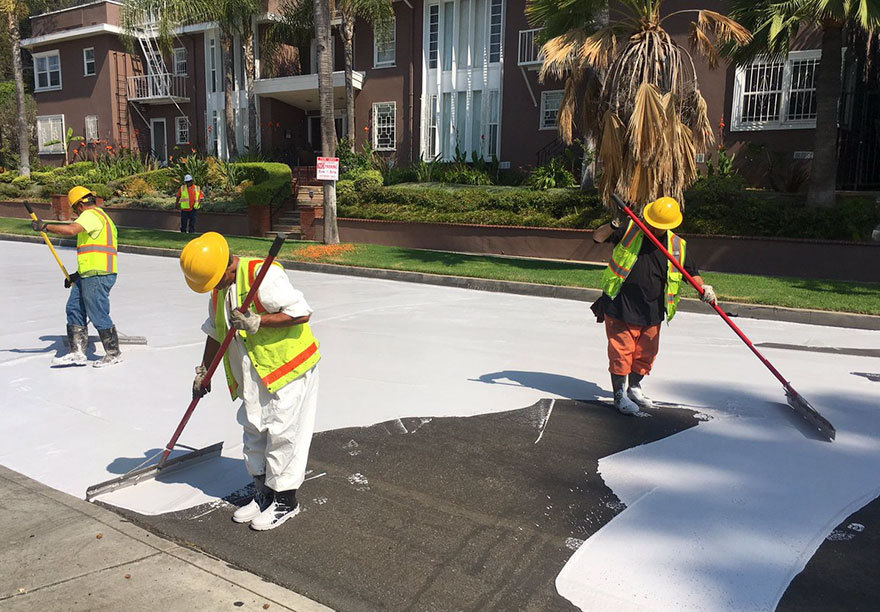 The pilot project covered one neighbourhood street in each of LA’s 15 council districts. The difference in temperature was then observed and they decided they should continue doing this and thus reduce the “heat islands” that happen during hot summer days in big cities. The reflective asphalt-based coating called CoolSeal was originally used for military purposes. It was applied on airplanes to conceal them from spy aircraft. The drawback to this entire project is the money. It is quite expensive to have all LA’s streets coated in CoolSeal, wouldn’t you think? 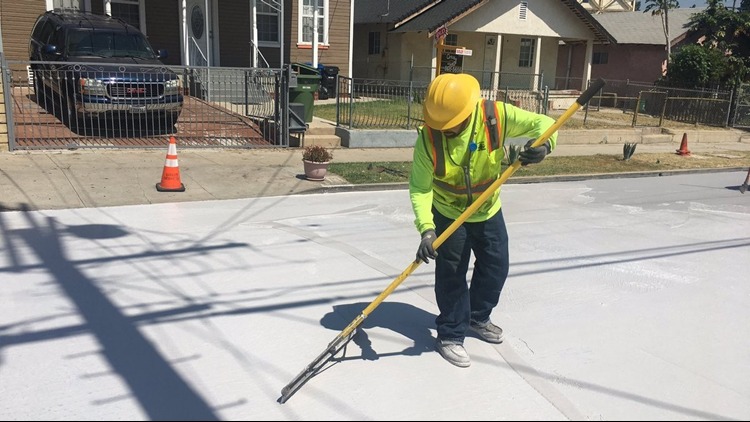 The heat islands that are born inside big cities are those places where you have only asphalt and no trees or vegetation of any kind.These type of islands can be even three times hotter than the air temperature and thus make it unbearable for humans. 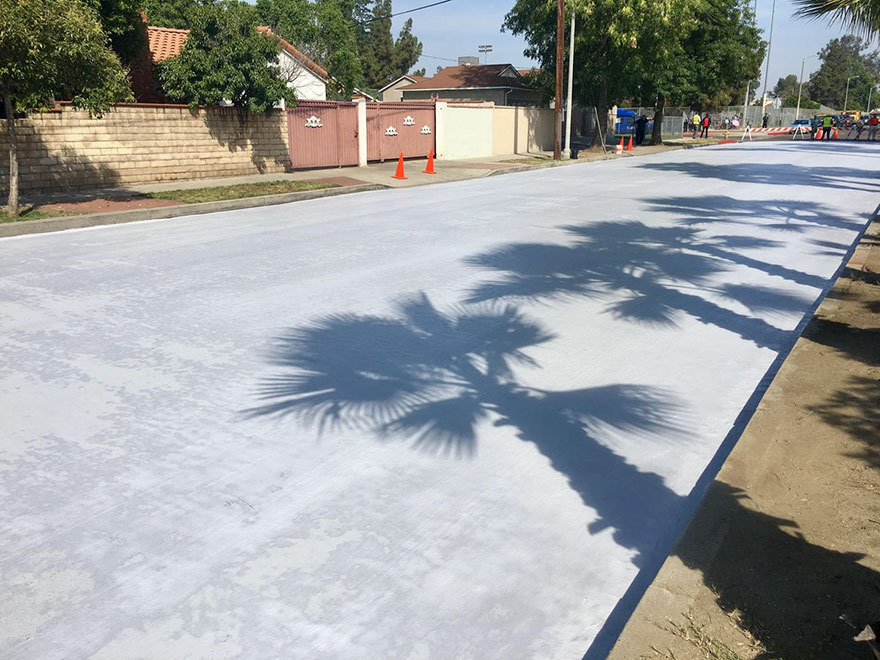 Despite the high price, the LA’s mayor office is hoping to decrease the general temperature by 3 degrees, by 2019. Thanks to its various tests and project pilot, the city seems to be ready to enter a new era of a cooler and much comfortable era in which you could walk down a “heat island” without feeling like you’re going to melt in any minute. What do you think? Will this work?