How Much Time Do We Really Spend Online?

The latest figures from Ofcom showed that the UK is really committed to their relationship with the internet. From the research that Ofcom carried out, it would seem the accessibility is partly to blame with ‘81% of UK adults aged 16+ saying they had broadband Internet at access at home.’

A further 87% went on to say that they use the Internet either at home or in other locations. From these figures, Ofcom could work out internet usage for different age groups. For example, 97% of 16-24 year olds use the internet anywhere whereas only 42% of over-75s use the internet at all. 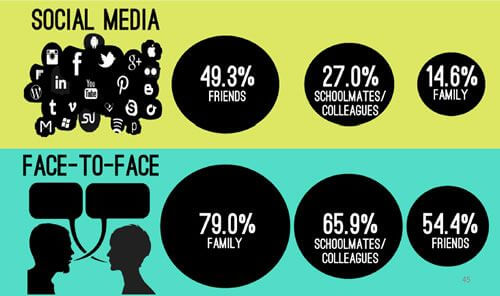 However, these alarming figures don’t really give us a scale of just how much time we’re using in surfing the tidal wave of online content. According to this website trying to find out, ‘the simple answer is over four hours a day.&#39; But that four hours is just on our mobile phones, and we’re online at work for almost eight hours a day, so what’s that? 12 hours a day that we commit to the internet? Wired are slightly more optimistic and put the figure at nearly nine hours, that’s more than we get in sleep, love and definitely exercise every single day.

Most of us are spending around four hours of this time trawling through social media – Instagram, Facebook, Snapchat, Twitter, Tumblr – and often lead to use spreading out across the rest of the web when we see something that snatches your attention. It makes you think, doesn’t it? Just how big is the worldwide web that we can spend so long on it each day looking at original content? Well, this infographic might be able to help put the size of the internet into context.

Toner Giant worked out just how much paper you’d need if you were to print the entire Internet and it turns out you could make it a quarter of a way to the sun with paper! According to statistics, Internet users have grown by 82% (that’s 1.7 billion people) since January 2012.

But the funny cat videos aren’t being shared 1.7 billion times, so just what is every looking at? Well, it helps to know the whopping size of the internet so you can understand just how much content is out there already.

With around 1 million new users each day, eight new social media members every second, adding to the 864 million who have started using social media in the last month, this gif is already mind-blowing but the numbers are just going up.