Frederick Callison, 52, once a line cook, had the misfortune to end up homeless, on the streets of Sacramento, but instead of begging for money he chose to beg for a job and what is the most necessary, the food.

He has been sitting outside a Smart & Final store in Sacramento for two years with a sign by his side in which stood – Need work and food. Callison was handing his resume to the passengers in a hope to change difficult circumstances he’s been in.

On February 24th, one shopper decided to approach Callison and have a chat with him in order to help in some way. Michael Marteen was assured that Callison is honest in his attempt to find a job when he showed him his food handler’s certificate, Social Security card and ID right away. 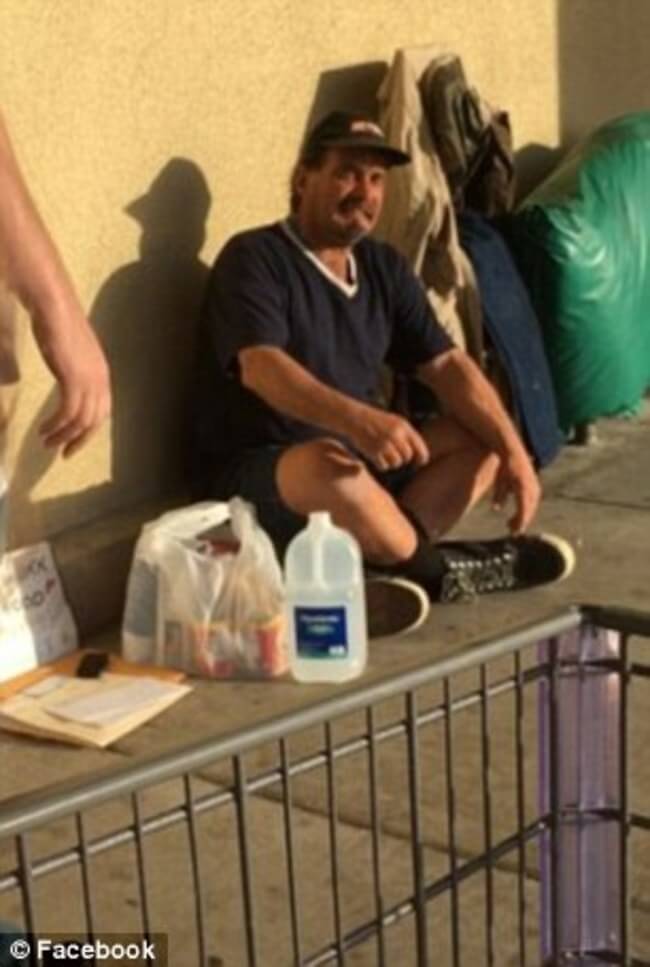 ‘When I asked if I could see his resume, he hopped right up to hand one to me and then started telling me all about his experience as if it were an interview,’ Marteen, 25, told TODAY.com. ‘I’ve been in situations where I had nothing and had to bust my butt to get work, and there he was doing that, so I have a lot of respect for him,’ he added.

‘It’s easy to look at someone and not see anything, but a homeless man, but after talking to him I realized he’s so much more than that,’ Marteen said. ‘He’s a well-spoken, cool and friendly guy who knows what he wants and is going after it.’ 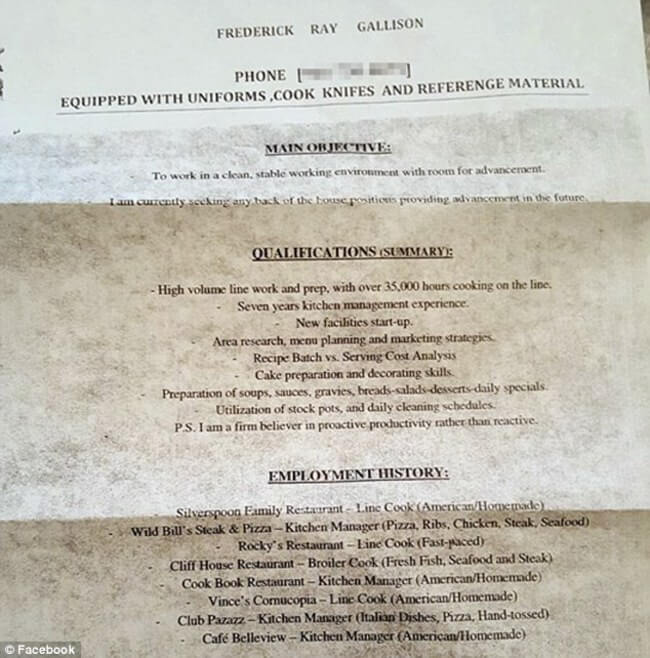 Marteen decided to try to use the power of social media and to appeal for help in Callison name. He took photos of him and uploaded them along with his resume to Facebook.

Soon enough, this post went viral, and a job was offered to Callison after two years of living on the street.

‘He was ecstatic about landing a job and very grateful for the opportunity,’ Marteen said. ‘He was up the night before studying the menu for hours.’

Pizza Rock restaurant gave Callison this wonderful opportunity and some clothes for the start and Marteen set up A GoFundMe for Callison, and the page has raised more than $2,600 for him. 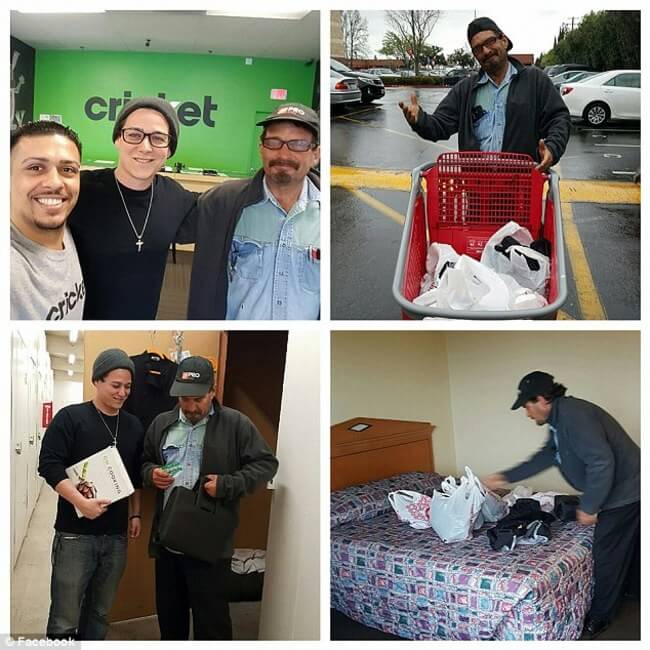 Marteen was thrilled to thank everyone who helped and set next goal- helping Callison to get a trailer to live in:

“You all should know, today Fred got treated like a King. Thanks to all of you! Fred got a brand new phone with ‪#‎CricketWireless‬. His last phone charger for his old phone was stolen last night while he was sleeping. We then went to ‪#‎Target‬ and purchased over $300 in new clothes, toiletries (body wash, soap, toothbrush etc) Brand new rain coat, brand new pants, socks and underwear.

He also has a new bus/regional transit pass. And a storage unit. But to end the day, with how bad the weather is, Fred will be in a Hotel the next 2 nights along with a full Pizza to himself.

He was beyond happy, thankful and grateful. Fred is getting there. He’s adjusting to all this and for once he’s not invisible. Because of all of you! Let’s hit that Goal so we can get him a trailer to call home,” was written on Marteen’s Facebook page.