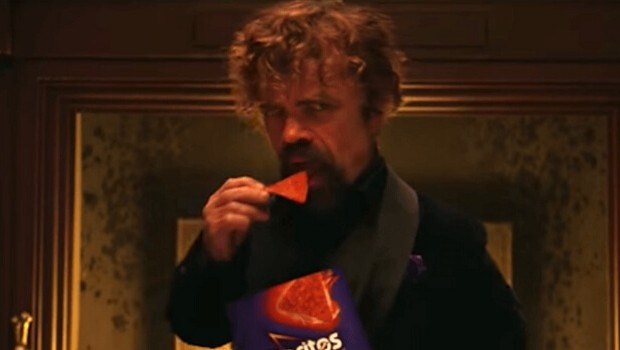 Have you seen the new Doritos vs. Mountain Dew Super Bowl commercial? It’s hilarious! For those of you who haven’t seen it, go see it first! It’s a must!

PepsiCo had a super creative team of people behind this Super Bowl commercial and they struck gold with it. Their two best-known brands, Doritos and Mountain Dew team up with two of the best-known actors in the world, Peter Dinklage and Morgan Freeman. Morgan Freeman and Peter Dinklage teamed up with two of the best-known rappers in the world, Busta Rhymes and Missy Elliott. What was the result? One hell of a commercial.

“Game of Thrones” famous “I drink and know things”, Peter Dinklage teamed up with rapper Busta Rhymes to rap about the fiery Doritos, while Morgan Freeman had Missy Elliott by his side to rap about the icy Mountain Dew.

And everybody won! Apparently, the commercial has more than 10 million views online and it is one of the most shared ad on social media. NBC was reportedly averaging more than $5 million per 30 seconds of ad space, so PepsiCo might have paid more than $10 million for the one minute commercial. But they killed two birds with a single stone, advertising two brands in just one shot.

After their disastrous April ad when Kendall Jenner was giving Pepsi to police and protesters in the middle of a national conversation about police brutality, this Super Bowl ad is a masterpiece. They pulled it off beautifully! Let’s drink a Mountain Dew to more creative advertising!

The reactions on social media pretty much says it all:

You would pretty much just show this same commercial on repeat, because nothing else can compare after that.

About Ana Maria: Ana Maria is an editor for The Awesome Daily publishing articles about anything that is interesting and awesome! Ana has many years of experience both as a content writer and editor in various popular online magazines.
Related ItemsLOLnews
← Previous Story Robert Jahns Aka Nois7 Photographic Compositions Help You Live Your Fantasy
Next Story → Can You Solve All These Short Riddles Without Looking At The Answers?