This witty-pants cartoon, “Just Jessica” is trying to get rid of doing her math problems, wishing for homework rather having load the dishwasher, and talking back to her mom. “Just Jessica” is a cartoon character created by Fred Wills Sr, who sketches a near-daily animation inspired from his 15-year old daughter, Jessica who has  Down syndrome. Growing up, she often told her dad, “I’m just Jessica” where she wants to be treated like everybody else. 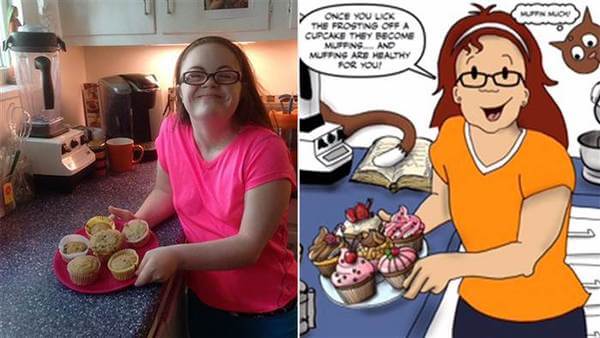 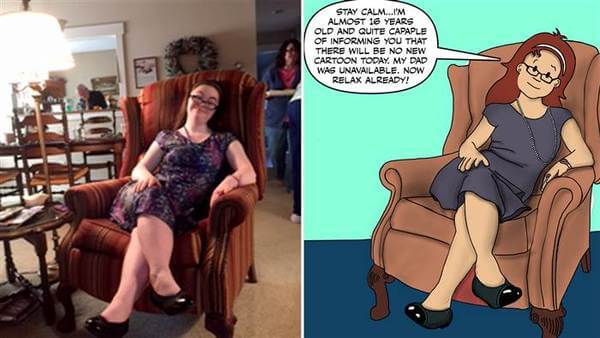 The real Jessica is a sophomore student at Stratford High School who takes regular academic classes. She loves music and sings in the choir. She also loves to cook and enjoys camping. She’s also a fan of Shakespeare and is now involved in soccer.

“That’s a difficult thing for many people with special needs to overcome — that sense that they’re different,” said Wills, 59, a psychiatric nurse who works with adults. “All of us want to be considered part of the group. It’s important for Jessica to be, in her words, popular, and to be treated like everybody else.” 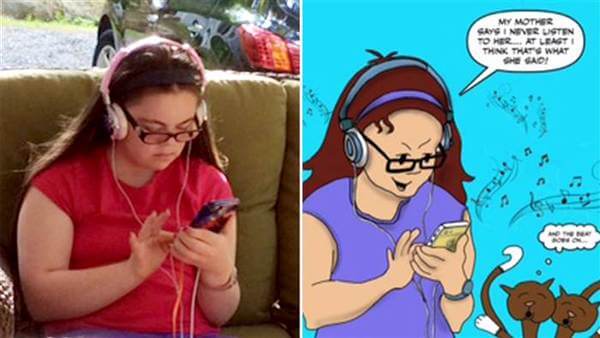 The story of Jessica was published on The Mighty, which featured many witty cartoons that are based on real-life events. Jessica as the main character, with two cats, the setting mostly features on school work, teenage themes like love, and healthy and some unhealthy eating. Also included are the house chores of her dad Wills and his wife Debi for teaching Jessica to do the laundry and cooking.

“We use it now as a tool to help her in high school, as she’s learning life skills,” Wills said. “That opens it up to talk about learning how to do things, and how it’s not easy for her, but she can do it just like everybody else.”

“The vision that people have of people like Jessica, and Down syndrome in particular, is that they see something they need to help, someone they need to do something for,” Wills said. “I think things are changing, but we want people to engage special-needs people all the time, and not just once a year when it’s time to volunteer at the Special Olympics.”

Wills created the “Just Jessica just 18 months ago drawing the cartoons at night after reflecting about the entire day activities. He does it in an iPad app, prints them and hangs them where his daughter could see it in the morning.

“Every morning, it’s the first thing she looks for,” Wills said. “She loves them.” He also posts them on Facebook, where he encourages others to share their stories. Regardless of what sassy Jessica is doing in the cartoon, it’s clear that she is one loved girl. “She is the apple of our eyes,” Wills says. “Everyone who meets her walks away being better for it because she’s terrific.”