An employee weighs portions of retail marijuana to be packaged and sold at 3D Cannabis Center in Denver, Tuesday Dec. 31, 2013. Colorado is making final preparations for marijuana sales to begin Jan. 1, a day some are calling "Green Wednesday." (AP Photo/Brennan Linsley) 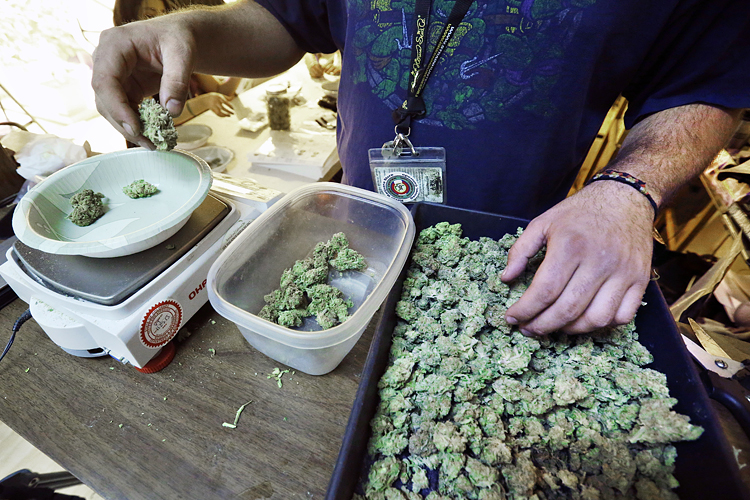 Americans spent $5.4 billion on legal marijuana last year. That’s a lot, but how much is that really, it’s hard to imagine that sum without a proper parable; some estimate that it is enough money to finance the New Horizons probe to Pluto, to send the Curiosity rover to Mars and even to buy a year output of Cheesecake Factory with leftovers. Wow! Is everyone stoned in the USA? There is no such info, but according to statistics (ArcView Market Research and New Frontier Data), we know who uses it the most: California, Colorado, and Washington residents are the top three users of legal marijuana in America.

Or, another example: the $4.9 billion Americans spent on Doritos, Cheetos and Funyuns combined in 2015. That’s half a billion less than they’ve spent on marijuana. And you noted that’s just spent on legal marijuana and it’s hard to say how much is spent illegally, but probably significantly more than that. Some policy experts estimate total spent to be between $15 and $30 billion and expect positive trend in following years, with even 30% of annual growth which makes this business very compelling for the investors:

“Legalization of cannabis is one of the greatest business opportunities of our time, and it’s still early enough to see huge growth,” ArcView write in the introduction to their report.

But there are still federal restrictions which make this business risky, so the USA may not all become green in the following years. 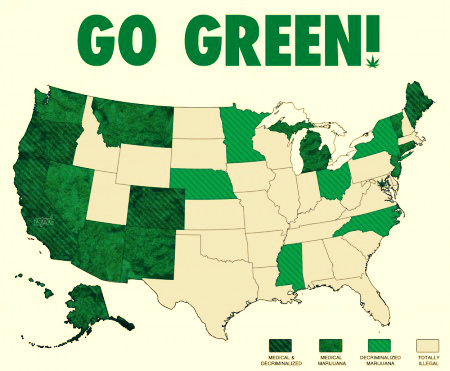 This Amazing Case Turns Your Phone Into a Polaroid-like Camera!

18 People Who Have a Seriously Strong Tinder Game

18 People Who Have a Seriously Strong Tinder Game