30 Facts About The Controversial Artist Known As Marilyn Manson

Marilyn Manson, the 47 year old musician who is always been considered to be extreme and hardcore, now has nine studio albums and sold millions of records across the world. The heavy controversial rocker has always tried to push the envelope on issues such as religion and authority by creating some heavy metal music. It seems that there is always something more to Marilyn Manson, something we all want to know. Below are 30 facts about Marilyn Manson you were too afraid to ask but wanted to know.

1: Born Brian Warner in Ohio, you know him as Marilyn Manson, his mom was an Episcopalian named Barbara and his dad was Catholic named Hugh. Manson is half German half English.

2: Marilyn Manson actually attended Catholic school for many years in his early childhood. He studied at the Heritage Christian School from grade 1 to 10. 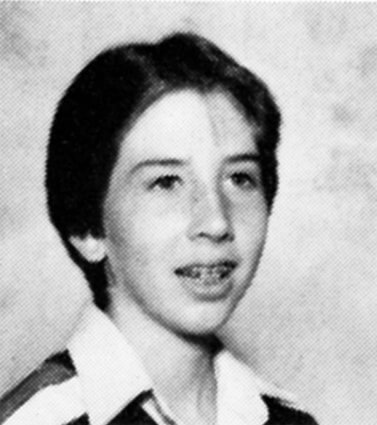 4: The names of the band members have a technique they follow to come up with their names. Twiggy Ramirez for example. Did you noticed anything about this name? How about Marilyn Manson? It’s a combination of the iconic female sex symbol Marilyn Monroe and the serial killer Charles Manson. They used this technique up until 1996 when they thought it was blown out of proportion and stopped.

5: Before Marilyn Manson became the huge and controversial rock star he is today, Manson actually wanted to be a music journalist, going by his birth name of Brian Warner he majored in journalism at Broward College in Fort Lauderdale, Florida and also got to write for a local lifestyle magazine called ” 25th Parallel ” through this work he got a chance to interview a lot of rock stars including his future frenemy Trent Reznor.

6: Marilyn was engaged three times ( so far ) he put a ring on the finger of celebrities like: Rose McGowan, Dita Von Teese and Evan Rachel Wood. However he only really got married with Von Teese, and they got divorced after two short years.

8: Marilyn Manson fun fact you might not have known about is the fact that he is a huge fan of the ” Eastbound and Down ” TV show. He had the opportunity to play a small role on the show as a roller skater waiter in a 2013 episode. He also appeared in the popular show ” Californication ” as himself the same year and had several roles on the ” Sons Of Anarchy ” series.

10: In 2002, Manson was chosen to write and record the score for the remake of  ” The Texas Chainsaw Massacre ” but this gig never happened because Marilyn was way too busy working on his 2003 album ” The Golden Age of Grotesque ”

11: For an extremely controversial artist that has been under scrutiny and protest a lot, Marilyn Manson managed to sell a shi*t load of records. Three of his albums ” Smells Like Children, ” ” Antichrist Superstar ” and ” Mechanical Animals ” all went platinum in Canada and the US. He also has several Gold records to match, ” Antichrist Superstar ” actually went double platinum in canada. How about that.

12: Marilyn Manson is known to have an affinity for strange collections. He has a large collection of vintage metal lunch boxes, a museum of medical prosthetics and fake body parts such as artificial limbs and glass eyes, he even got a fetus in a jar for quite some time.

13: Manson had it’s share of issues with big retailers, and like we mentioned before, he was always under scrutiny. When he published his popular album ” Mechanical Animals ” in 1998 the cover art of the album showcased the rocker’s head on a naked alien body. The major retailers in the U.S decided it was offensive and refused to sell it in their stores ( K-Mart, Wal-Mart and Target ) Wal-Mart even took things further and decided to take off all of his previous records from their stores as well. In 2003 the retail giants had a change in heart and started to sell huge amounts of his records when the album ” Golden Age of Grotesque ” came out, they claimed it was now OK because the album was ” Commercially viable and on the Top Ten charts ”

14: Marilyn Manson’s favorite movie of all time is non other than 1971’s ” Willy Wonka & The Chocolate Factory.” He was even interested in playing Willy in the 2005 remake but as we all know, Johnny Depp got that part and did a great job with it. Depp eventually stated that he used Marilyn Manson as part of his inspiration for playing this part.

15: Marilyn Manson even paid a special tribute to the Willy Wonka movie on his ” Portrait of an American Family ” album from 1994. On Prelude ( The Family Trip ) Manson sang the creepy boat ride scene from the original 1971 movie by reciting the creepy bizarre poem like no other can.

16: Marilyn Manson is also a huge video games fan, he once said that on previous tours he brought a Nintendo DS with him to help him pass the time. He likes playing games like ” Phoenix Wright: Ace Attorney” and Mario Kart.”

17: Marilyn Manson also appeared in a couple of video games if we’re on the subject of games. Manson did the voice of an alien named Edgar in the 2005 ” Area 51 ” game. He also help with the MTV’s Celebrity Death Match game in 2003.

18: Marilyn Manson is a big Absinthe drinker, as you all know the drink has a very high alcohol level and was actually banned from the US at some point. In 2007 Manson decided he will make his own absinthe brand and called it Mansinthe, the label on the bottles featured a self-portrait Manson painted himself as an old man. He won a gold medal for it at the 2008 San Francisco World Spirit Competition.

19: Marilyn Manson has a medical condition called Wolff-Parkinson-White syndrome, this condition can cause his heart to have a rapid rate due to an abnormal extra electrical pathway of the heart. Other celebrities with the same condition are Jessie J and Meat Loaf, as well as Jeff Garlin.

20: Manson mother always called him by his birth name, Brian, Even throughout his whole career, when they would speak. His father though adopted his stage name and calls him Manson

21: There was a popular rumor circling through the years that Marilyn Manson played Paul on the popular TV show ” The Wonder Years.” That was definitely not true. The real actors name was Josh Saviano, but their childhood pictures do look similar

22: Marilyn Manson has over 450 scars on his body, According to his book ” The Long Road Out Of Hell ” in his early days Manson used to cut himself on stage all the time ( ouch )

23: Marilyn Manson fact you didn’t know, the man is very charitable. Over the years of his successful career, he supported a variety of organizations such as ” Music for Life ” an organization that gives access to musical instruments to low-income children. He also donated to ” Little Kids Rock ” and Project Nightlight, a group that helps kids and teens open up and speak out against physical and sexual abuse.

24: Aside from his successful music career, Marilyn Manson is also an accomplished painter. He began playing with paintings back in the late 90’s and he enjoys working with watercolors. He actually held couple of art shows over the years at galleries in Los Angeles, Paris, Cologne, Florida and Berlin. He calls his art ” Celebritarian Corporation ” and he also owns a studio in Los Angeles called The Celebritarian Corporation Gallery of Fine Art.

26: Marilyn Manson was once charged with negligence in the death of Jennifer Syme, she died in a car accident after attending a party that Manson threw. Jennifer dated actor Keanu Reeves at the time.

27: Marilyn Manson has lots of T-shirts with sayings like ” Kill Your Parents.” Manson says this is only sarcasm and meant as a joke and that his parents never abused him and in fact to this day they are supportive of him. 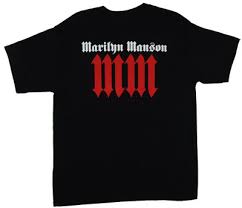 28: Marilyn Manson can sometimes be seen in public with the words FUC* written across his face. He explained he draw these words so that the paparazzi won’t take his pictures and make money of it. It was not directed at anyone and he apologized for exposing children to profanity 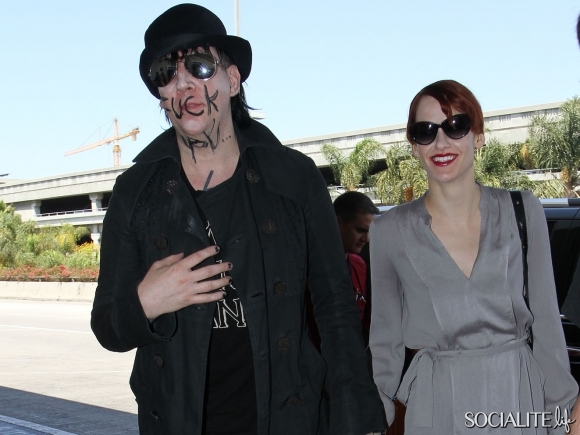 30: Manson has a unique set of makeups to create his signature look, he uses Christian Dior foundation, Aquacolor for the blue, and a mixture of different products for the black, he explained his process when he had a reddit AMA 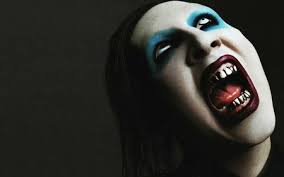 51 Awkward Family Photos That Holds Nothing Back

51 Awkward Family Photos That Holds Nothing Back