These are all real things that actually happen in our world. You can actually see the photos or even go visit, can you belive that? These weirdest things on earth gallery will not only make you go whoa it will actually make you question your place in the world.

Weirdest Things on Earth gallery below 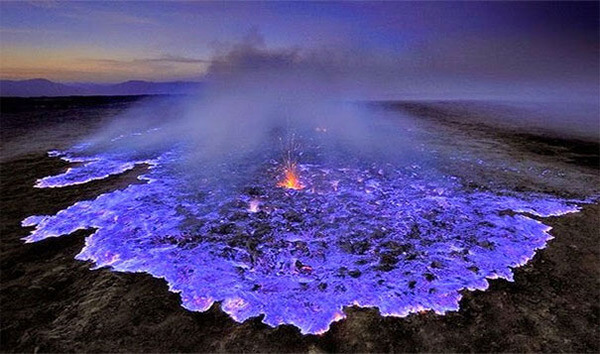 Located in Indonesia, this lava burst so fast and in such high temperature it turns blue, and that’s not something you see everyday right? Blue Lava, or by it’s actual name Api Biru is caused when sulfur burns and it just gives the illusion of lava, it’s not really that. Despite what you think, and the name, it is just fulfur fire the looks like lava.

While it is for sure one of the weirdest things we saw on earth, wait until you scroll down and see the rest.

This is when sulfur combusts and reacts – think of your gas stove when you turn it on, the flame is blue right? That is the cause of speed and flames, so it’s a similar thing that is going on here. 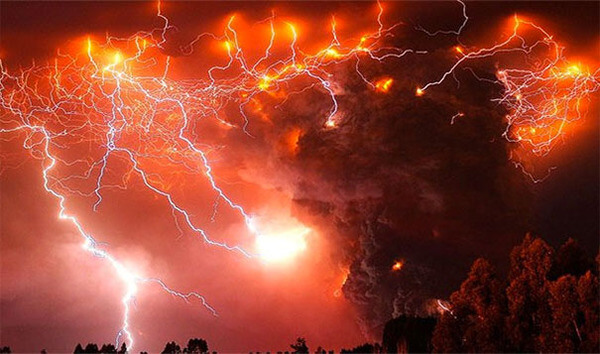 This scary electrical storm is created during a volcanic explosion when electrical and static charges are released. While it looks like something from Lord of the Rings and any minute now The Dark Lord will take over the world, rest assure this is a natural phenomenon that happens.

If you’re a fan of weird things happening on earth, you can’t really miss this one. While it is somewhat rare, only happening around 200 times in the last 200 years, you can still catch it ( from a safe distance of course ) and witness something you don’t see every day.

Weirdest Things in the World

Looking at the weirdest things on earth might get you in the mood for traveling, and living on the edge. It has been proven that after watching a movie or just a YouTube video about weird events in the world makes the viewer feel like he wants to experience that as well, and sometimes in person.

Another study found that it also can increase your mood and make you feel better and that’s our main goal in this site anyway, so it’s a great match right.

Are you up for more strange things happening in our world? Let’s look at a few other events that actually happend and was captured on film.

3. Green Flash is easily one of the weirdest things we saw 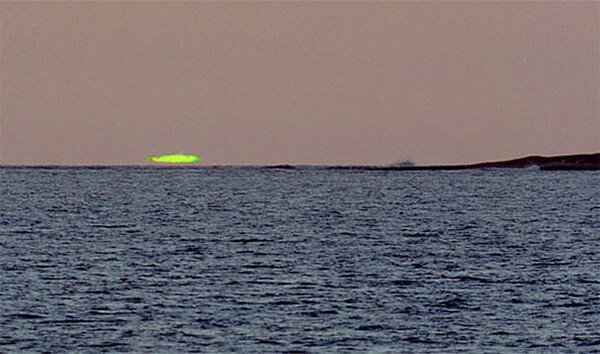 If the conditions are just right, you can see this green sun during the sunrise or sundown. The events happens when the sun is going to set, and when it’s just under the horizon, sometimes you can catch a green glow for a second or two before the sun completely goes under. 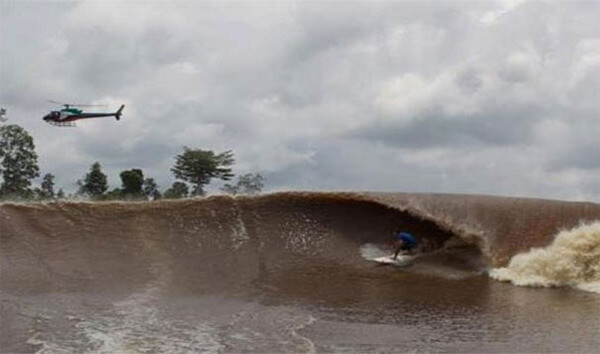 The wave can travel 500 miles without slowing down, this is a result of the Atlantic ocean and the Amazon river in Brazil meet. This is a crazy spot for surfers and while the water looks brown and dirty, seeing two ocean meet is a very strange thing in the world to witness. 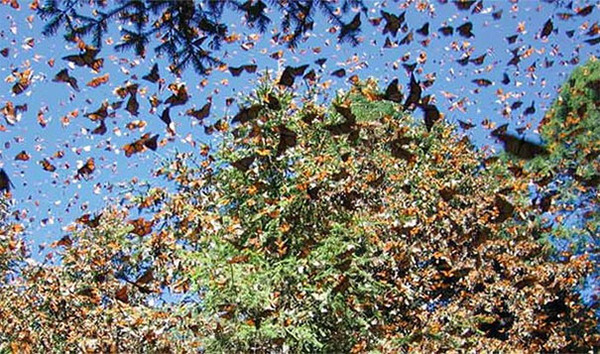 This happens across all the USA and Mexico. Butterflies migrate in huge packs and traveling around 2,500 miles to the forests of central Mexico where they hibernate, watching this strange thing in real life is a one of a kind experience. 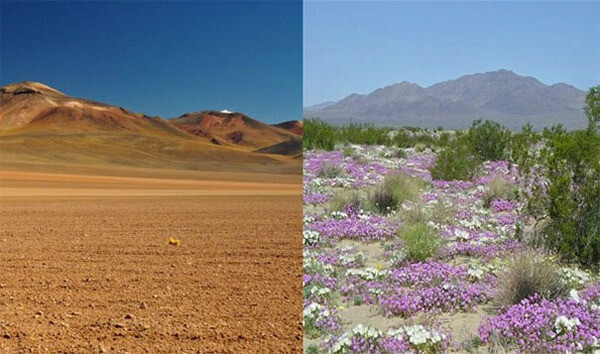 After rare heavy rains these deserts in Chile will sprout flowers. Seeing these white and purple flowers bloom in the desert is really a sight to be hold. We recommend packing your camera and spending the day taking beautiful pictures of the ” desert ” 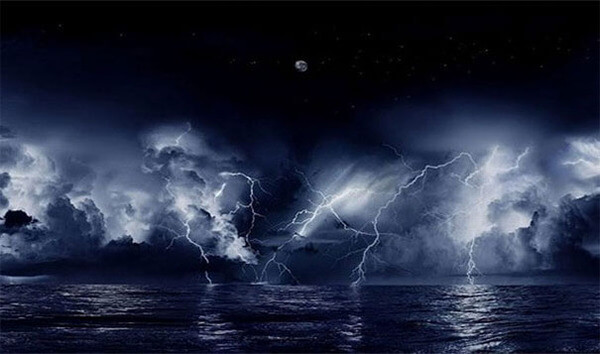 Can rage for 160 days above Lake Maracaibo in Venezuela. The conditions in that area are just perfect for a perfect storm ( pun intended ). Imagine living in an area where there is a thunder storm for half of the year! Such a weird and strange place in our world. 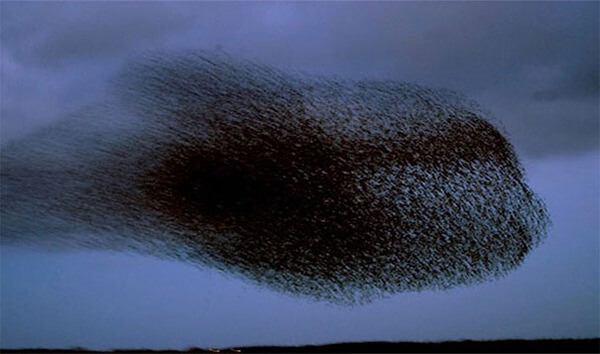 Every spring in Denmark you can see the migration of European Starling Birds, they have been called the Black sun because they fly in such dense and grouped together it looks like a ball of black light flying across the sky. Some might even think it’s a UFO or something. Crazy! 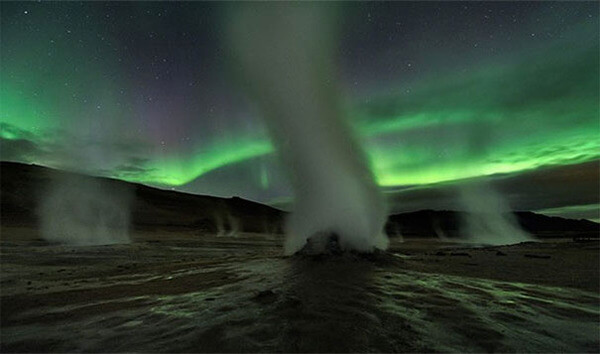 Steam towers of gas and steam from fumaroles create an amazing view. No, these are not tornados or storms, these are actually steams and gas blowing out of the earth. Did we mention this gallery will get weird? If not now you know. 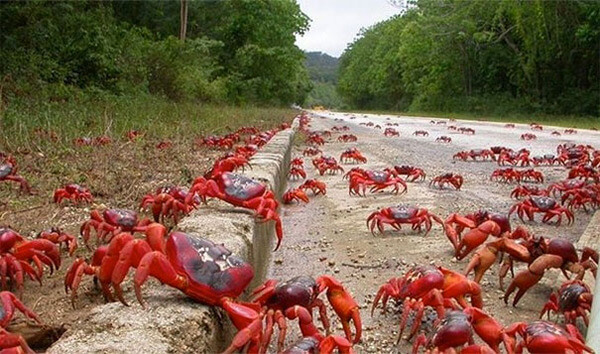 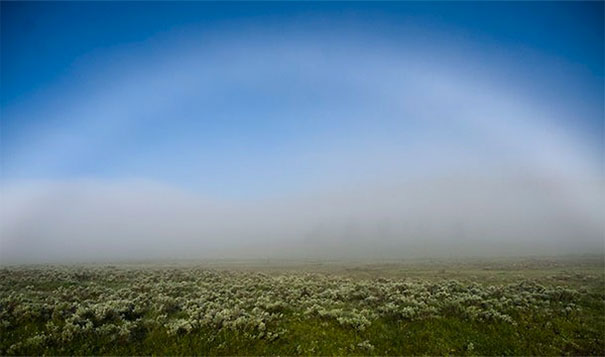 You’re looking at arched fog people – yeah, it’s awesome. It’s weird and unusual but it’s a natural thing that you can actually see. We would love to live enough time to witness this in person and not just through this pictures. 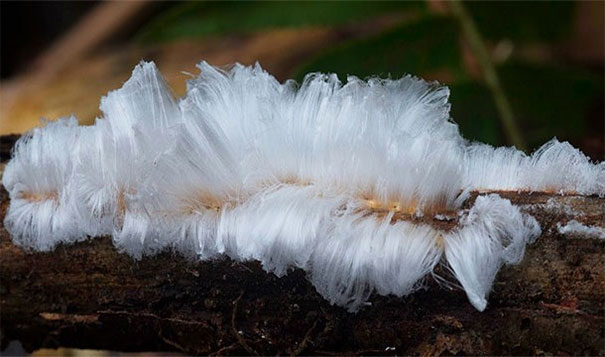 As water escapes plants in freezing weather, bacteria causes the liquid to freeze in this manner. The result is something that looks like cotton candy hair. or maybe fur – but it’s actually ice. ( source ) 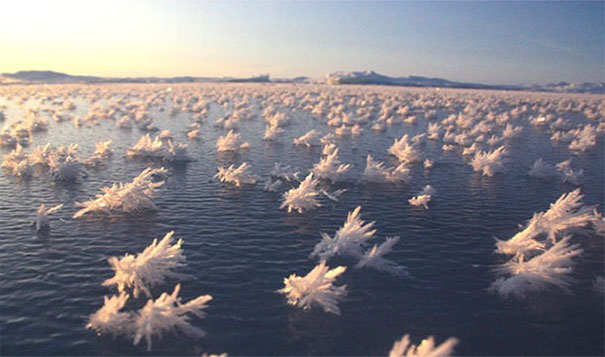 When there is a difference in temperature between the ocean and atmosphere in the arctic areas, you can see these floral ice forms. The water is just a little bit warmer than the air, so when there’s wind, water blows out of the water and freezes, creating these weird looking flowers. 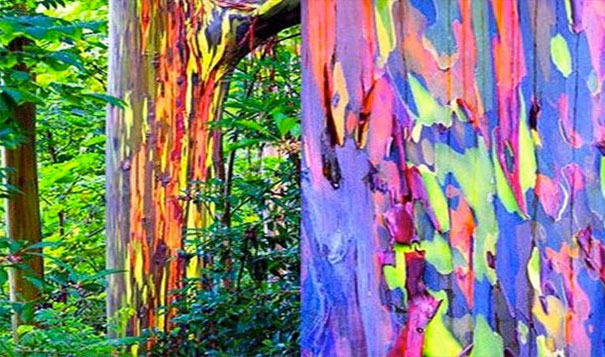 A Rainbow eucalyptus that are known for their unique multi hued colors. Eucalyptus deglupta can be found in Philippines, Indonesia, and Papua New Guinea and it is the only eucalyptus species that exists inside rainforests. Interesting. 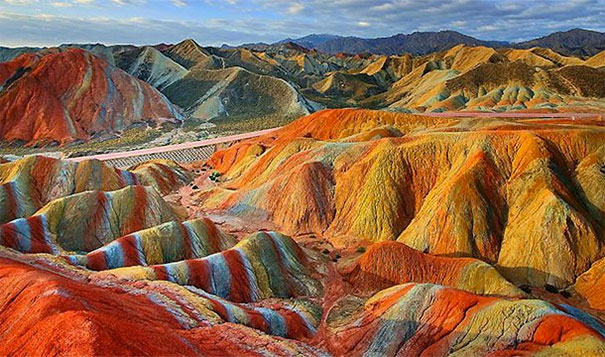 Found in China, these stunning sandstone hills and mountains are just a colorful beauty. Also known as petrographic geomorphology the shapes and colors of the hills make it look like it’s not real dirt or sand, but rather a blanket of some sort. 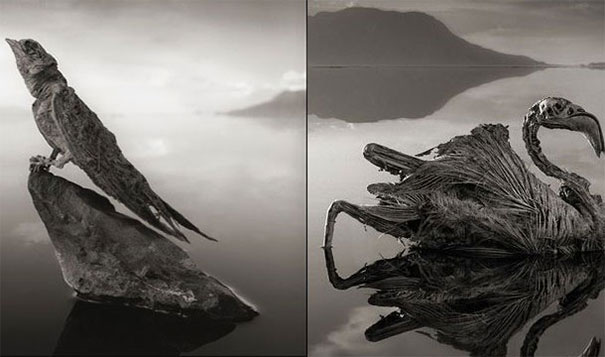 Animals became immersed in the waters of Lake Natron die and become calcified. The water in the lake is alkaline and has a pH level of 10.5 or higher, which makes the animals in it actually burn if they are not used to it ( who is ) the flow of alkaline comes from the hills surrounding the lake. 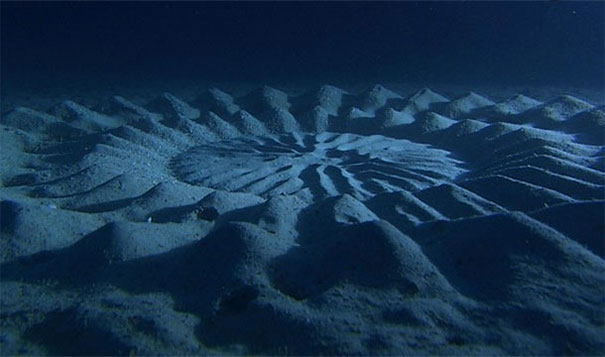 These amazing circles are created by male pufferfish in Japan as part of a mating ritual. And if you don’t know this while you watch these, you might think this is similar to the crop circles many people believed were made by aliens a few years ago only to learn it was people playing a prank 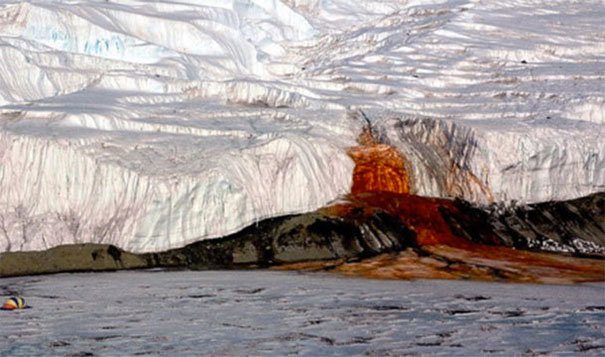 In Antarctica iron oxide cause the outflowing water that resembles blood. Also known as ” blood falls ” and no, this is not real blood. although it looks very similar to blood of some large animal. 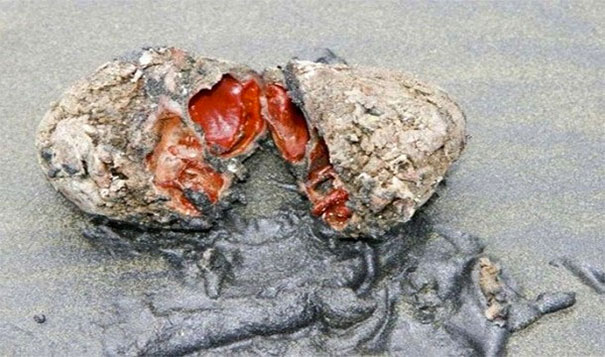 The sea creatures only look like rocks and are completely immobile, you can find them in Chile. While they can’t really move, they are living breathing creatures that when hurt, you can see the inside. 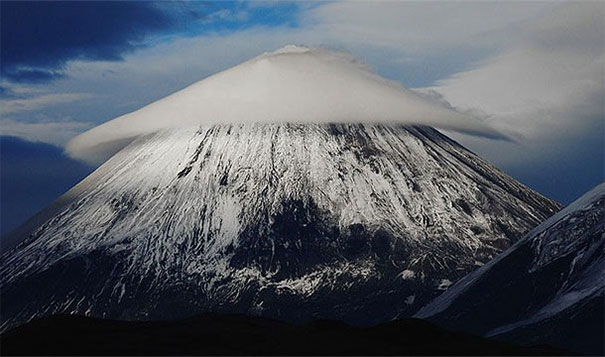 This is not a UFO, it’s only moist air at the top of mountains and also the last of the weirdest things on earth gallery that we feel is not long enough, can you really finish the list? There are always strange things to add.