Being an actor is not as easy as you watch them portraying certain roles. There are huge sacrifices that they have to make in order for them to pull off a role and they really need to undergo some big movie transformations and other methods of physical transformation. They usually have to have some physical and physiological connection with the character they are about to play. These 19 actors had to experience absurd physical movie transformation for the movie roles they have. It may look so crazy and insane for some, but for them it is the art of a genuine movie actor. 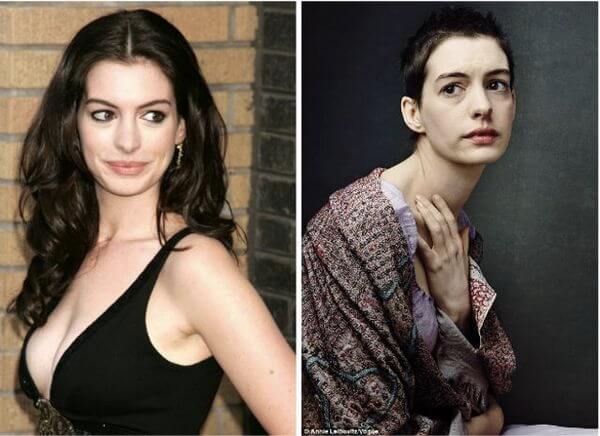 “I was on a starvation diet to look like I was near death in a film… but I went at it with a plan and I had a guide, a nutritionist kind of helped me with it.

I just had to stop eating for a total of 13 days shooting.” 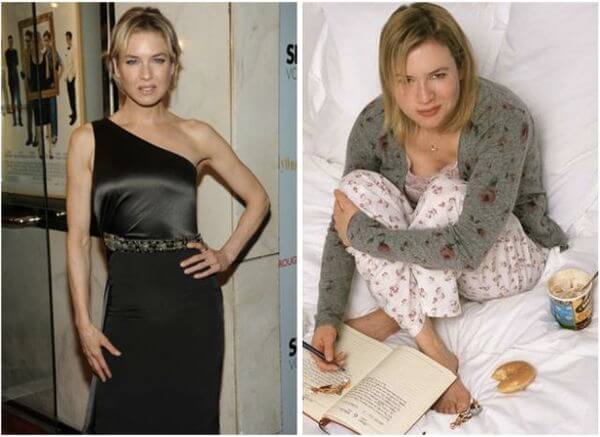 “For two days it’s bliss and then you’re full, OK? And you can then indulge all your fantasies about over-eating. “Fantasies about non-stop chocolate consumption or your fantasies about ordering the pizza and the spaghetti and the garlic bread. “Then after a week your glucose levels are going crazy. You’re up and down and all over the place. It doesn’t feel good, and no one wants to hear that, but it’s the truth.” 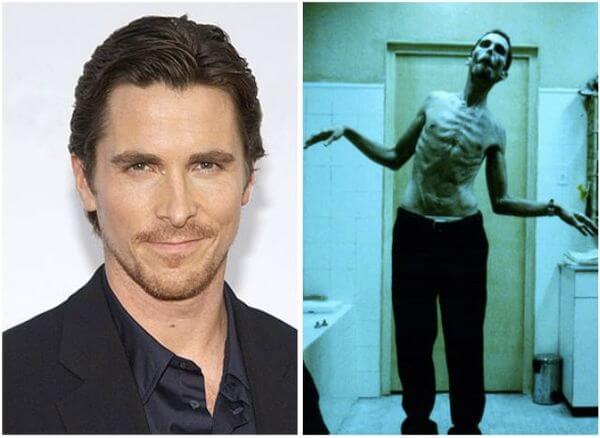 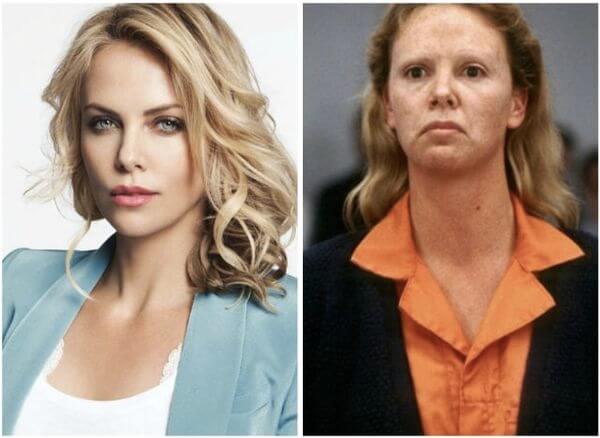 Weight Gain: 30lbs., with prosthetic teeth and shaved eyebrows “I first began stuffing myself with Krispy Kreme doughnuts, but after a while I got sick of them. I love potato chips, so that was a good thing for me. I’m a salty girl so I had my secret stash with me of potato chips at all times.” 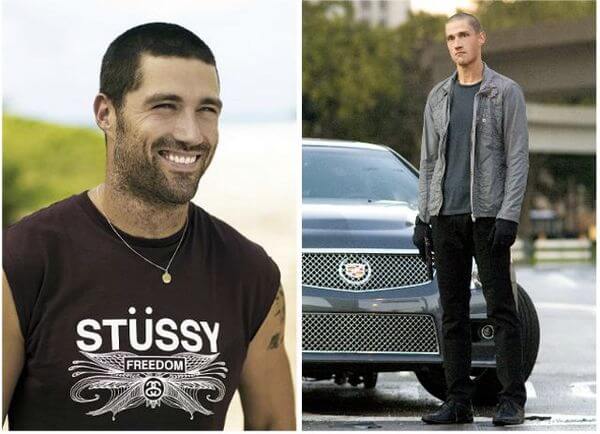 Weight Loss: 44lbs “If I’m honest, sometimes I f**king hated it. I guess if you removed the ‘result’ part of it then I can’t say I enjoyed it.” 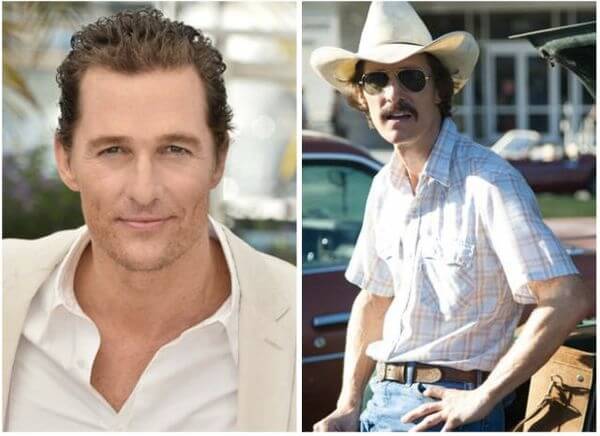 Weight Loss:47lbs “That was rough. I got down to 143lbs and I was always hungry, and irritable. My body resembled a baby bird with its mouth open, crying, ‘Feed me, feed me,’ and you realize momma bird ain’t going to feed you. It’s hard.” 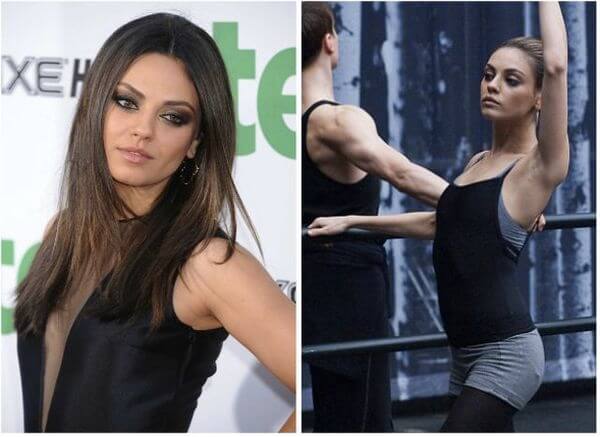 Weight Loss: 20lbs “I trained four hours a day, seven days a week, for seven months. I had one day off on my birthday and half a day off for the Emmys and the Golden Globes. On those days my ballet instructor worked with me from 5am to 11am, then I went to hair and make-up and on to the awards shows.” 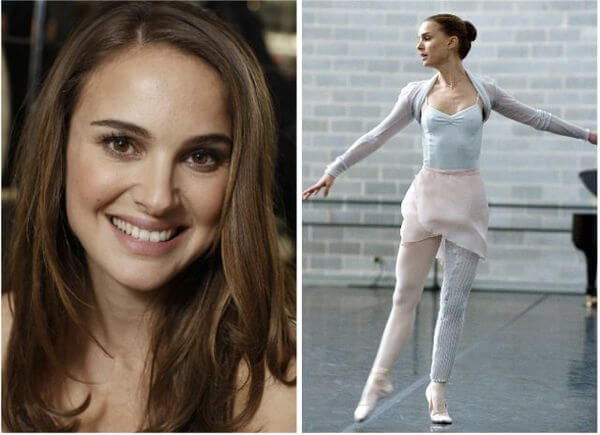 “There were some nights that I thought I literally was going to die.

It was the first time I understood how you could get so wrapped up in a role that it could sort of take you down.” 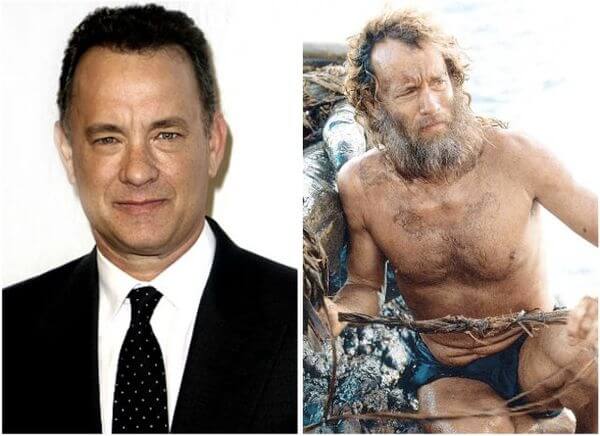 Weight Loss: 50lbs “The hardest thing was the time. I wish I could have just taken a pill and lost all the weight but the reality was that I had to start in October knowing that we were going to go back in February. The idea of looking at four months of constant vigilance as far as what I ate, as well as two hours a day in the gym doing nothing but a monotonous kind of work-out, that was formidable. You have to power yourself through it almost by some sort of meditation trickery. It’s not glamorous.”

10. Chris Pratt – Guardians of the Galaxy 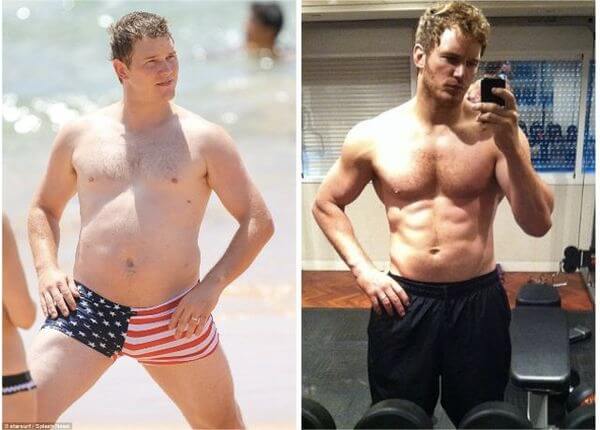 Weight Loss: 65lbs “Six months seems like a long time unless you’re looking backwards… all you have to do is just a few things everyday and remain consistent, and time will fly just as fast as it flies if you’re working hard or not. If you just cut the crap out of your diet, and if you spend an hour a day doing something physical that will make you sweat, six months will pass by, you will feel better mentally, physically, spiritually — it all is tied together.” 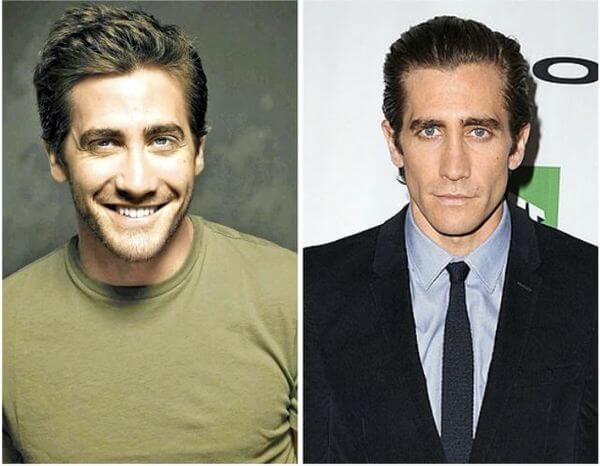 Weight Loss: 30lbs “I knew if I was hungry that I was in the right spot. Physically, it showed itself, but chemically and mentally, I think it was even a more fascinating journey. It became a struggle for me.” 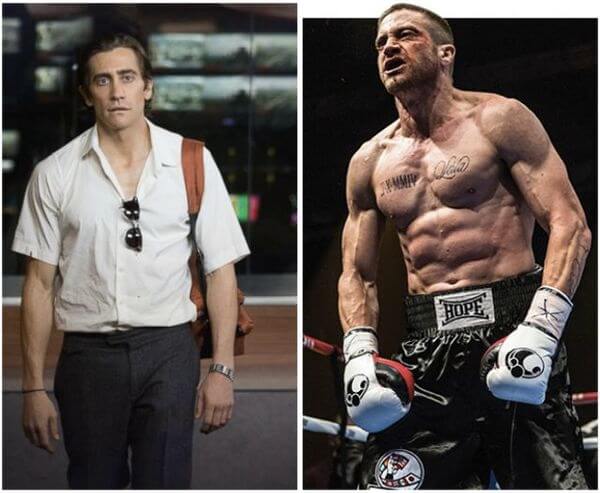 Weight Gain: 45lbs (from Nightcrawler weight loss) “I went into full training-camp mode and I got myself—what I consider in my mind as an actor—in shape to fight. I was literally learning the skills of boxing, which is not only for the body, but also for the mind. You can’t play a boxer and just look like a boxer; you have to believe you can exist in that world.” 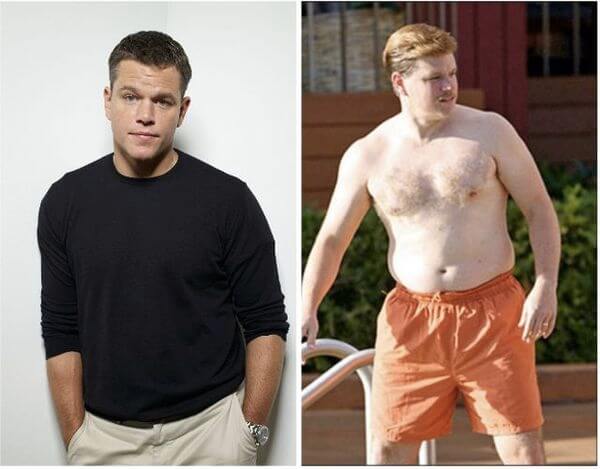 Weight Gain: 30lbs “It was very, very easy to gain the weight. It was very, very fun, probably the funnest time I had working, because I didn’t have to go to the gym after work and I just ate everything I could see.” 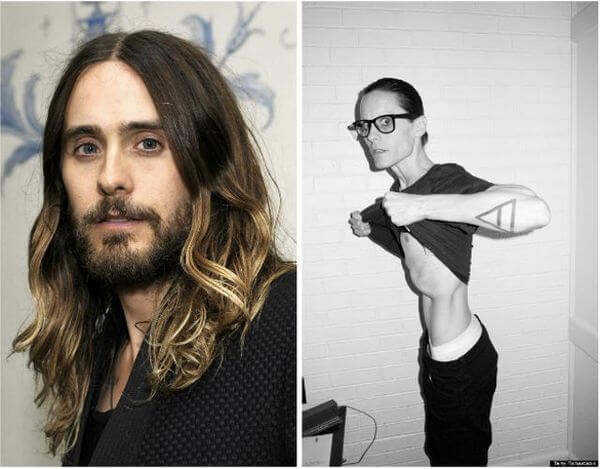 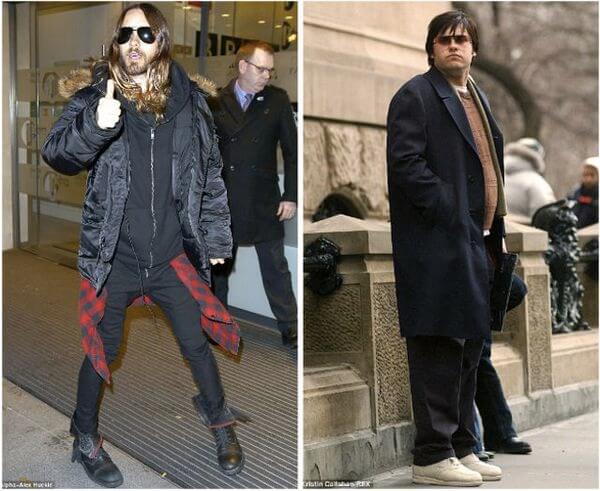 “Really, it’s a stupid thing to do. I got gout, and my cholesterol went up so fast in such a short time that my doctors wanted to put me on Lipitor, which is for much, much older people. Again, though, a fascinating journey.” 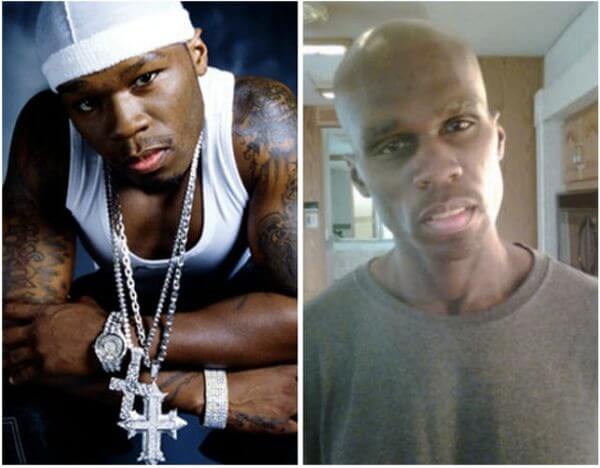 Weight Loss: 54lbs “I had so much muscle on me that it was hard for me to lose definition even as I got lighter and slimmer. I started running to suppress my appetite. Towards the end it was really difficult. It was like, if I don’t get close enough to what my best friend looked like to me at that point before he passed, then I’m not doing the story any justice.” 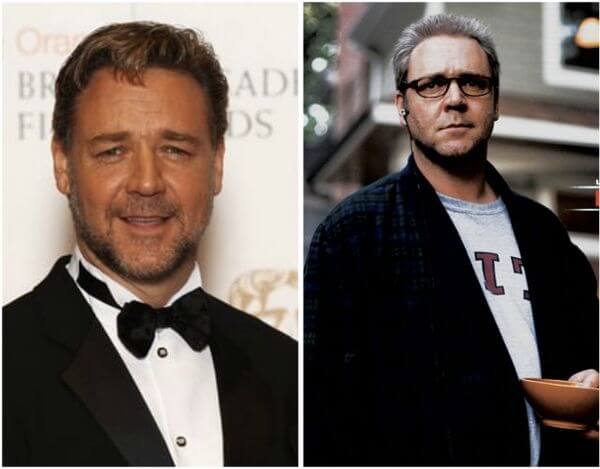 Weight Gain: 63lbs “If you want to put on weight, you just elect to live a sedentary life style. Just as soon as you stop actually being active and decide to eat what ever you want, then these two things will combine very quickly.” 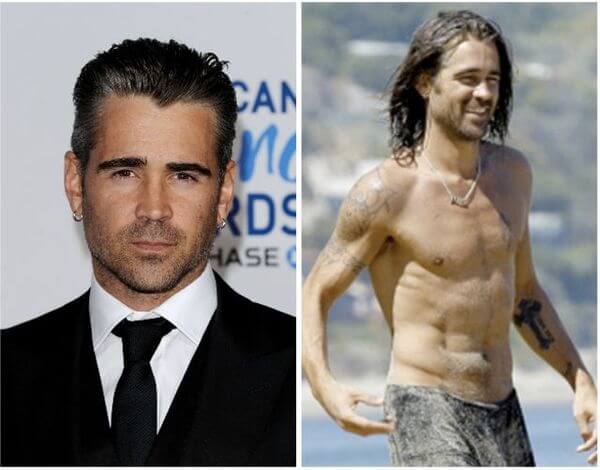 Weight Loss: 44lbs “I lost weight because my role demanded it. It was all very healthy.”

19. Robert De Niro – Raging Bull – here we had a big movie transformation for the role 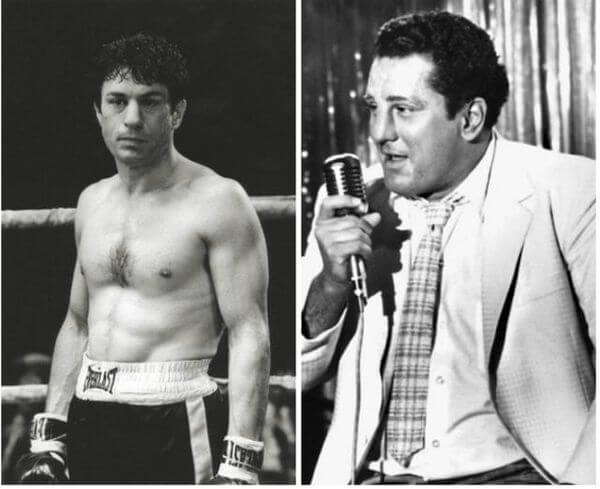 Metallica Teamed Up With Budweiser To Create Limited Edition Beer