A publicity stunt is that kind of craziness and out of the ordinary way that brands choose in order to make a point or just simply promote their products. They use these tactics to bring awareness to their own brands or to the brands of their customers, and a good marketing campaign is the one you talk about long after it was already over.

It is meant to shock the world and make the headlines. It’s got to be like a thunderclap on the world, the biggest thing of the day that everyone will talk about and this is how it’s done properly.

Felix Baumgartner broke the sound barrier without the help of a machine by falling 23 miles from the Earth’s stratosphere. It was the year 2012 and the whole jump was produced by Red Bull. Apparently, Red Bull gave him a hell of an energy! 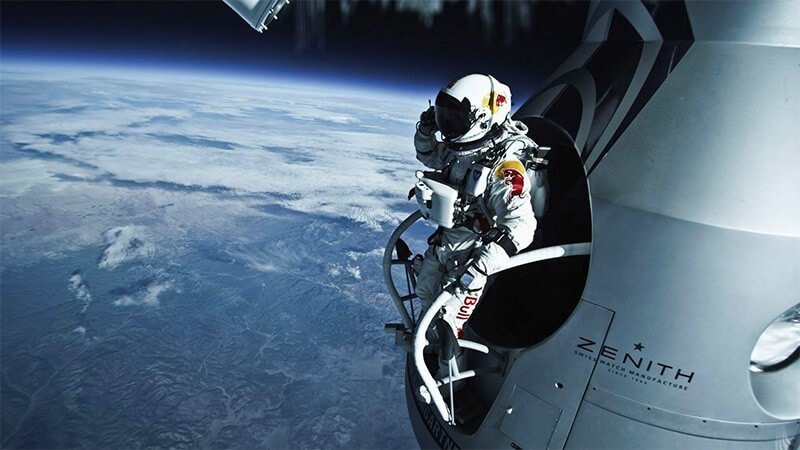 It was the year 1999. In Yorkshire, UK, 11 brave members of the Women’s Institute got together and created a calendar featuring them posing nude in certain flower arrangements backgrounds. It sold more than 800,000 copies worldwide and they even made a movie on it. 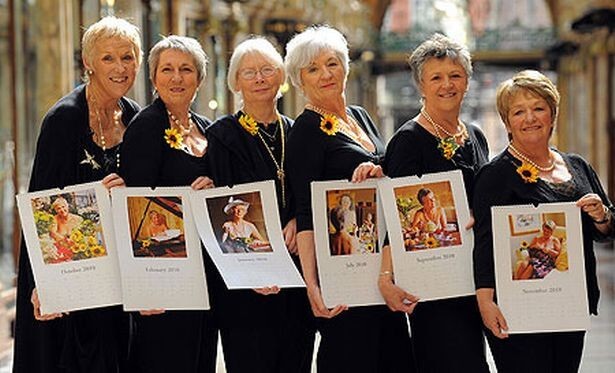 British Airways had some construction problems with the London Eye and Virgin Atlantic, Richard Branson’s company hijacked the BA’s press launch with a huge balloon with a provoking message: “BA can’t get it up!”. He was referring to the London Eye, of course! 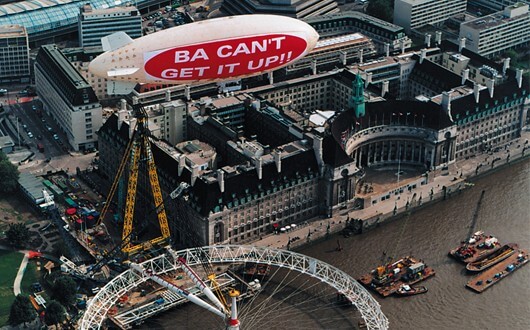 4. Greenpeace on the statue of Christ

In 2002, 4 Greenpeace activists climbed on the huge statue of Christ the Redeemer and protested against the World Summit decisions on sustainability. They did it in quite a way! 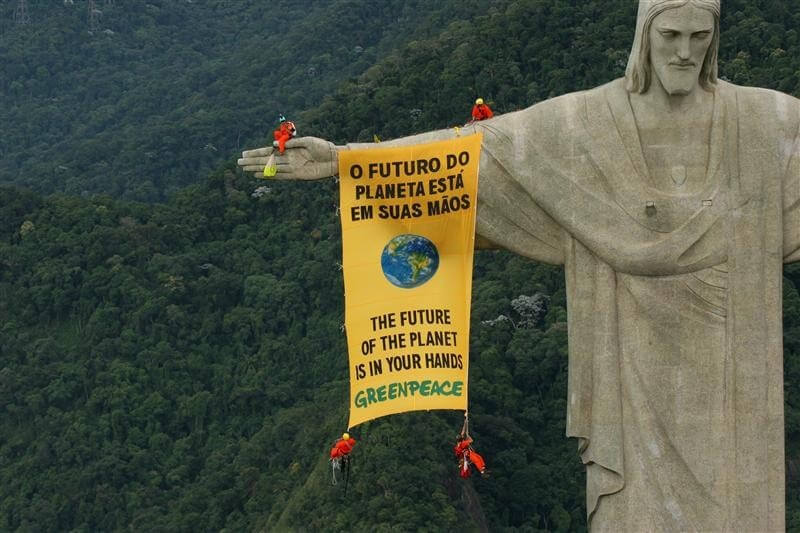 Uber established its smart style and personality through a series of clever and simple actions. In 2012, on the hottest day of summer, they started door-to-door ice cream delivery and made the headlines all over the world. Simple, smart and clean. 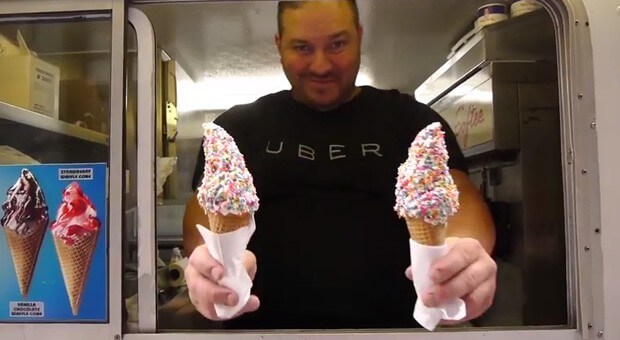 Yes, it was always blue, but it was a red and blue can which they replaced with an electric-blue one, back in 1996. To make a big fuss out of it, they made a deal with Air France. They re-sprayed a Concorde in “Pepsi Blue” and flew in journalists from 40 countries to take part in the press conference. They also had Cindy Crawford and Claudia Schiffer there. In that day, the Daily Mirror went Pepsi Blue as well for a whopping £2m. 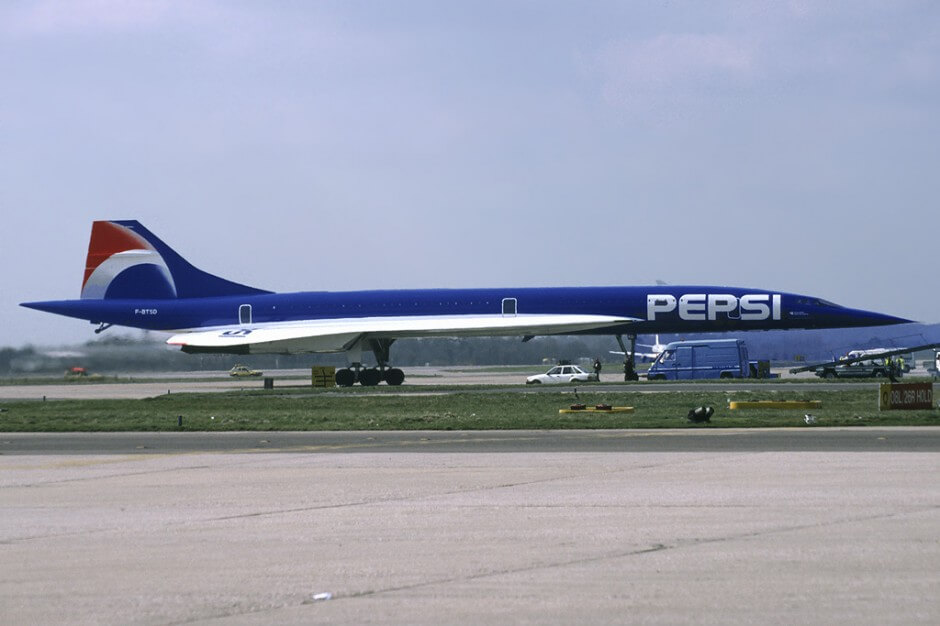 Most say that this happened by accident because of a passing subway train, but it was actually a secret wind machine hidden beneath the street grate activated by The Seven Year Itch photographers. 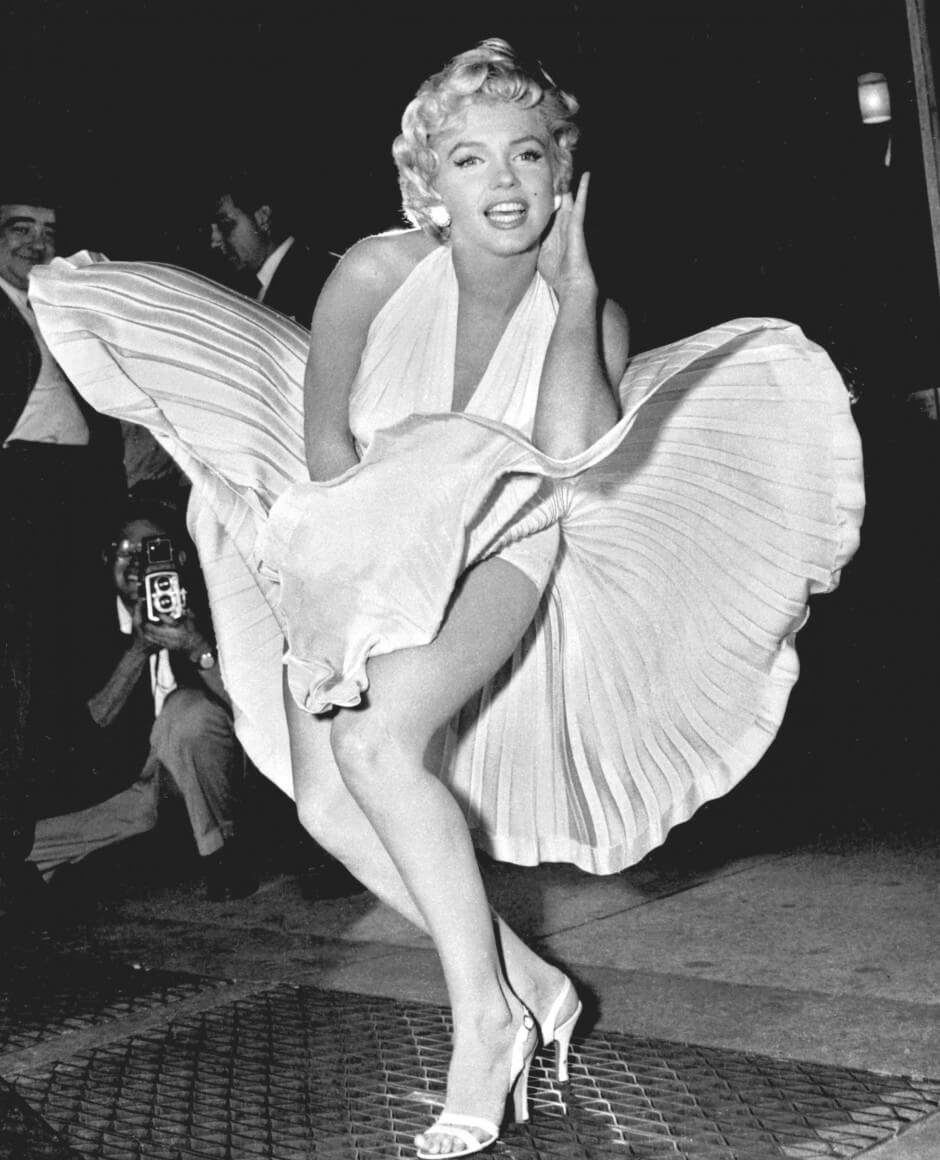 Well, yes, this was a publicity stunt at its origins. It was the child of Henri Desgrange from the publication L’Auto. He wanted to capture the attention of the public and make its rival, Le Velo go out of business. This original publicity stunt succeeded and more than that, it is now an even that’s being broadcast in 188 countries around the world. 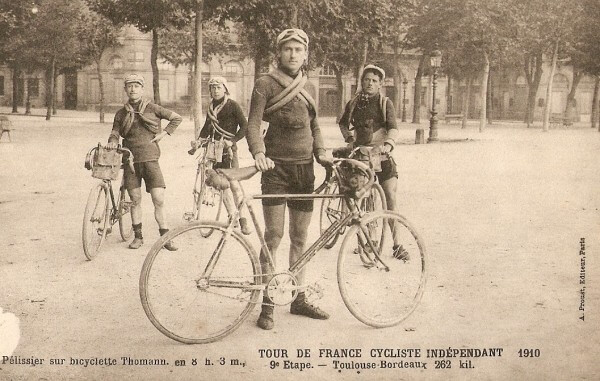 9. Burger King and the McWhopper

Burger King has always been one daring company, at least when it comes to publicity stunts. In 2015, they called a truce with their biggest rival, McDonald’s. They proposed to work together in one restaurant, for just one day, in order to sell a burger called the McWhopper, a mix between Big Mac and the Whopper. All the money would have gone to charity. McDonald’s declined the offer and Burger King made the headlines. 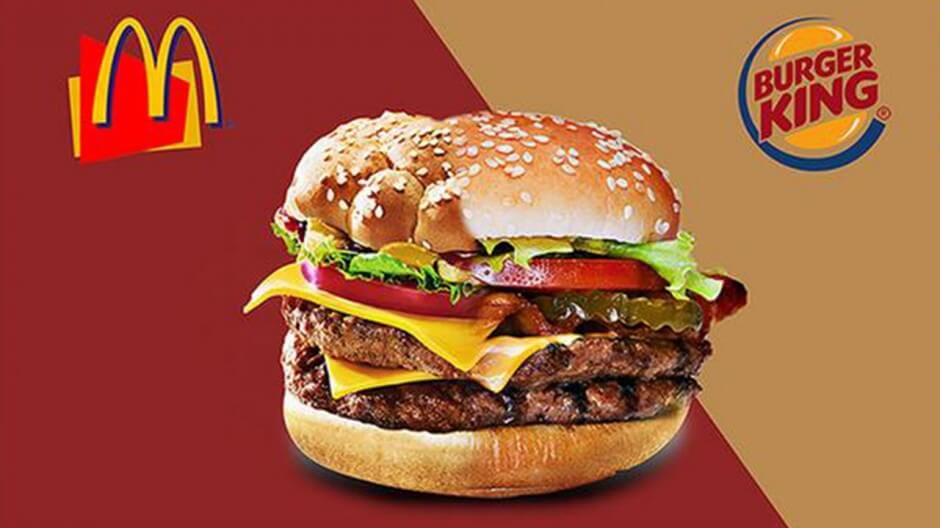 10. Float it down The Thames

This has become a common phrase in the UK PR agency brainstorms now. Its origins? The promotion of Michael Jackson’s History album. Back in 1995, Sony launched a promotional campaign that featured 9 Michael Jackson huge statues that were scattered around Europe.They were 10 meters tall and 2,100 kilograms in weight. One of them was floated down the River Thames. 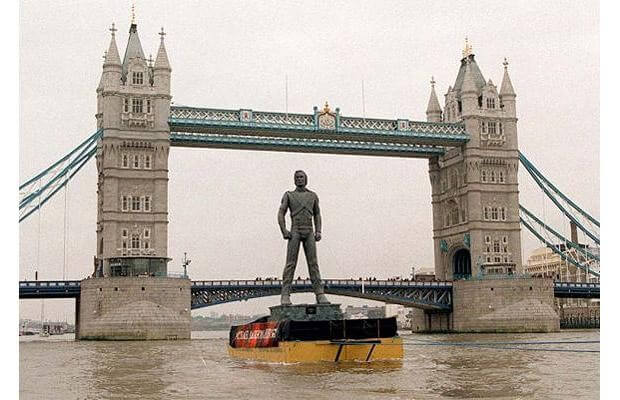 Dove became the thing when, in 2003, they used real women in their ads, not thick, perfect models. Six ordinady women in their underwear was all they needed to boost sales by 700 percent. Yes, 700%! 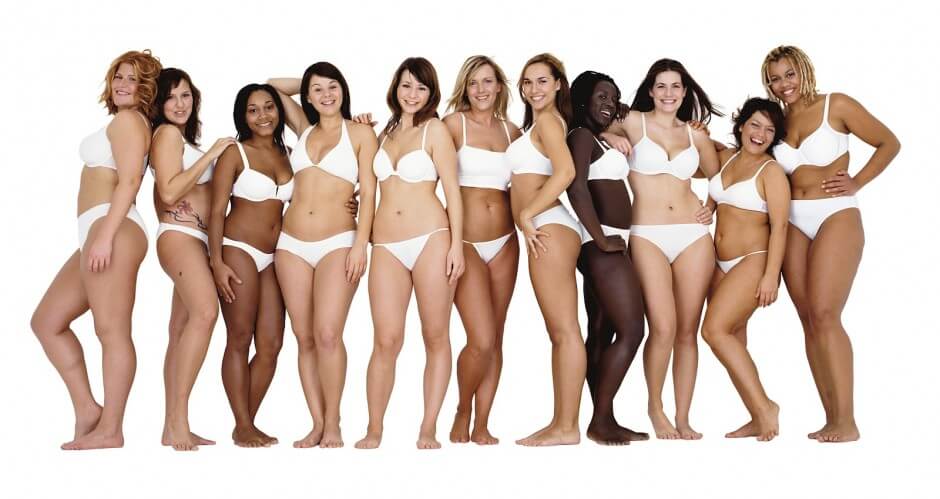 It was May 1883, in New York when the Brooklyn Bridge was opening. The circus man P.T Barnum paraded his big elephants across the bridge to prove it was safe and thus make a fuss about its own circus show. 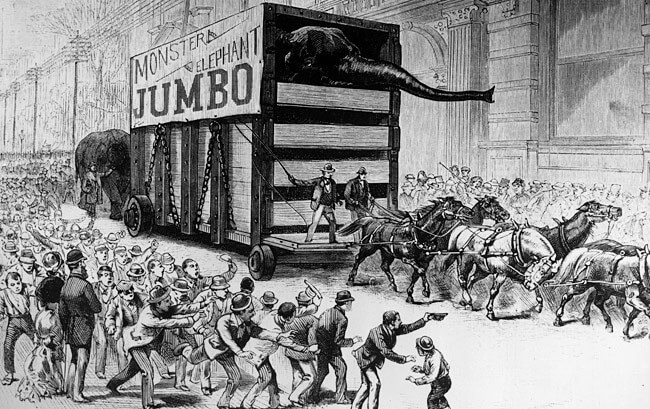 13. The Hollywood sign was at first just a publicity stunt

Now it represents the American Film Industry, but it wasn’t always like that. It was, at first, a publicity stunt made by a real estate developer who wanted to sell his houses in a little Los Angeles suburb. It was attention-grabbing, of course and it had everyone talk about it and it still does today. 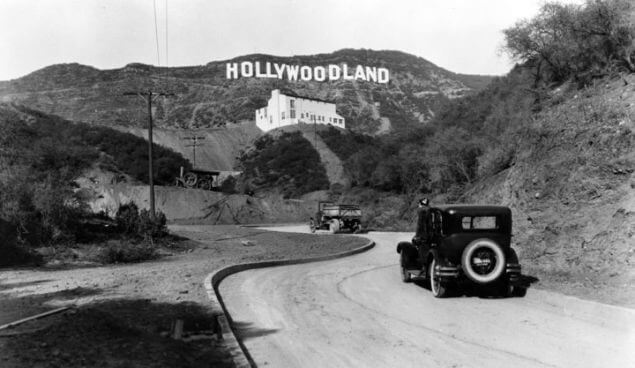 It was the year 1929 when Edward Bernays sent a group of young women to march the streets of New York during the city’s Easter parade while they were smoking. He then informed the press that a group of women fighting for women’s rights would light up the “Torches of Freedom”. They were actually smoking some Lucky Strikes. They took photos of them and the next day headlines read: “Group of Girls Puff at Cigarettes as a Gesture of Freedom”. Sales doubled and the brand took off. 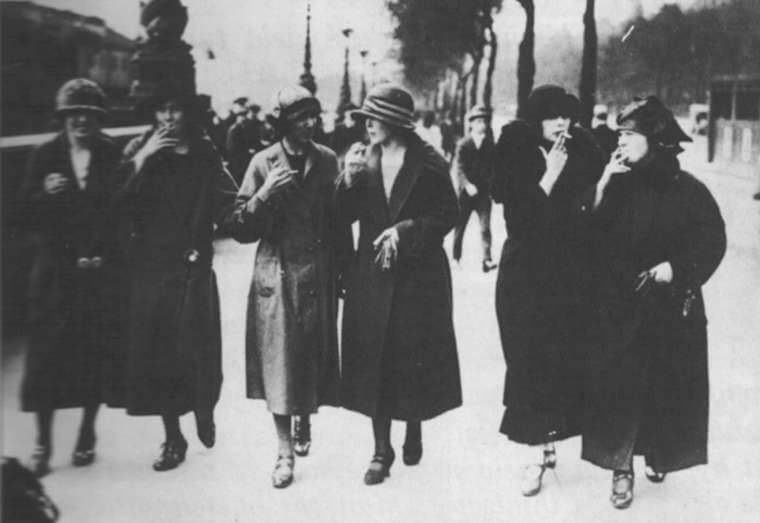 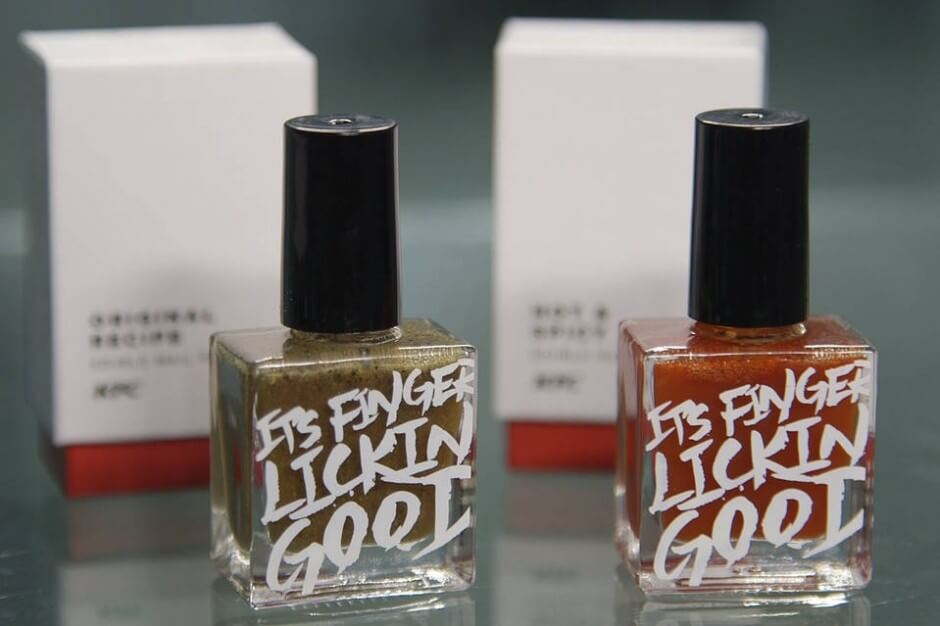 16. Naked girl on the House of Parliament

In 1999, the FHM magazine projected a naked image of Gail Porter on the House of Parliament in a publicity stunt. How about that? 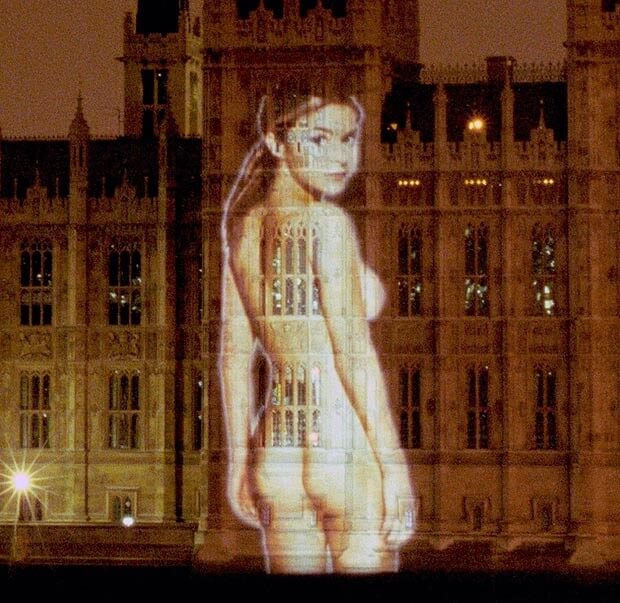 These were some of the best publicity stunts ever made, but obviously there are many more, please share with your friends and also check out these clever ads only men will get