Costco employees has shared top secrets with us

Employees who work in big supermarket chains are bound to learn a secret or two during their time there. After all, they spend nearly every day between the shelves, talking to customers and coordinating with their managers from opening to closing. It turns out there are a few insider details that shoppers would find very useful if they knew the inner workings of places like Costco. From the best sales and deals to habits that may get you kicked out, here are 15 of the biggest secrets Costco employees have revealed.

1. Their pizzas have a LOT of cheese 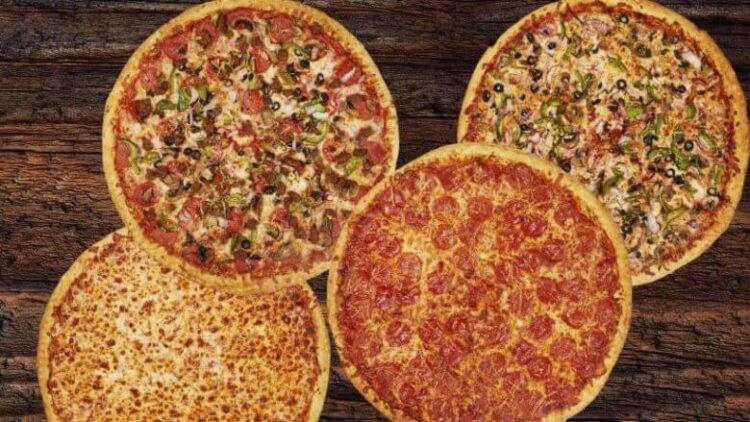 If you’re a serious cheese lover, then this may be a pleasant surprise for you. Costco’s large cheese pizzas that go for $9.95 are loaded with a pound and a half of parmesan-mozzarella blend. This means that a single cheese pie contains just over 600 grams of cheese!

For those who want to cut back on their dairy, the pepperoni and combo pizzas have less cheese to make toppings. Fortunately, all Costco pizzas are free of trans fats, hydrogenated oils, and lard.

2. Items on sale do not always have the best price 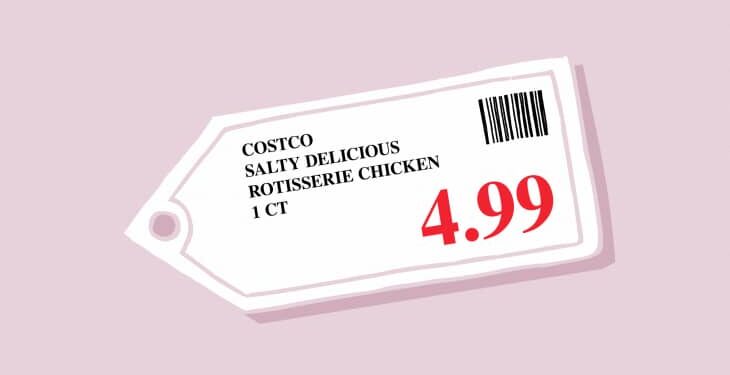 Be wary of sales — some may not actually be sales! Even if the items seem cheaper than they are, it’s really only products that have prices ending in .97 that have really been marked down. To know if a price will not be restocked, look for asterisks in the price tag.

3. Buying produce in bulk isn’t a good deal unless you’re going to use all of it 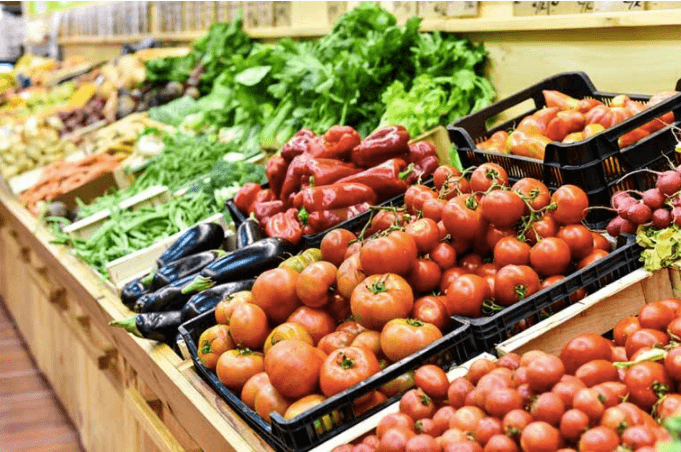 Not everything is good in bulk, and produce is one of them. Costco employees revealed that they avoid buying produce where they work. This doesn’t mean that the fruits and vegetables Costco sells are bad; on the contrary, it’s actually some of the best in the business.

However, these types of products go bad rather quickly if you can’t get through them fast enough. So it’s best to get your greens somewhere else.

4. It’s better to be physically fit if you work for Costco 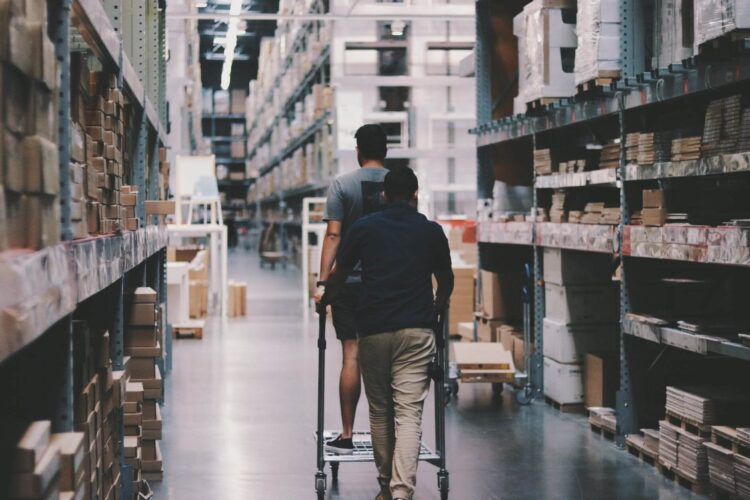 When working at a warehouse stacked to the ceiling with goods, you’re bound to get a workout. A Costco employee in Colorado revealed that she gets to walk about eight to 12 kilometers per day, all within the confines of the store.

Employees also do much stacking before the store opens, whether it’s 20-kilo bags of flour or dog food. So the next time you see stacks and stacks of anything at Costco, it’s all thanks to employees’ hard work and physical strength.

5. Noisy children are a nuisance to deal with 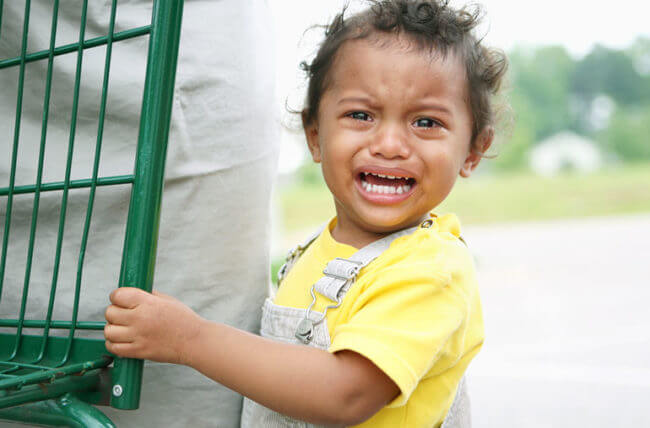 A child may inevitably, on occasion, throw a tantrum in a Costco branch. However, employees have expressed frustration over customers who do not control their children while in the warehouse. As a result, some children scream non-stop while others jump around in the carts and baskets. 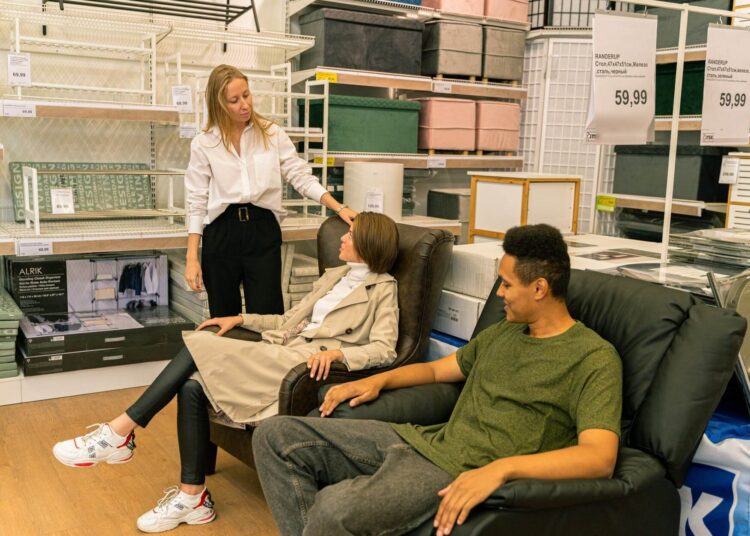 Costco is well-known for being generous with its return policy because they place very few restrictions on what can be returned. Almost anything purchased can be returned for a refund, which is part of the company’s commitment to exceptional customer service.

Unfortunately, many customers have also figured out how to take advantage of this policy. Employees have shared incidents of customers returning furniture items over five years old with the receipt still intact! A customer even returned a freezer that was allegedly no longer functioning with the spoiled meat still inside — and earned a full refund.

However, shoppers who intend to keep returning purchases with no justifiable reason are easily identified by Costco staff. Everything goes on record, so it’s best to think twice before returning something just because you can.

7. Employees wish they had a little help 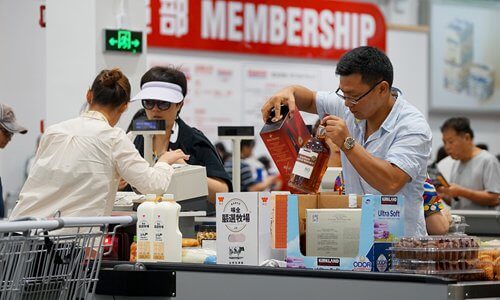 It can be extremely irritating when customers are glued to their phones. Many of these same customers will then complain about the line not moving fast enough!

Costco employees wish customers would communicate with them more actively and be conscious about their place in line. It would help everyone if every person had their payment ready when it’s their turn. It also wouldn’t hurt to help unload the cart’s contents onto the belt, which is a win-win for everybody involved.

Having a slow shopping experience can be frustrating, especially if you are in a hurry. However, being impatient with Costco employees won’t solve the problem. There’s only so little staff available to many members shopping, particularly on weekends. Some employees have shared that they wished shoppers realized this.

8. The store keeps track of how many people are inside 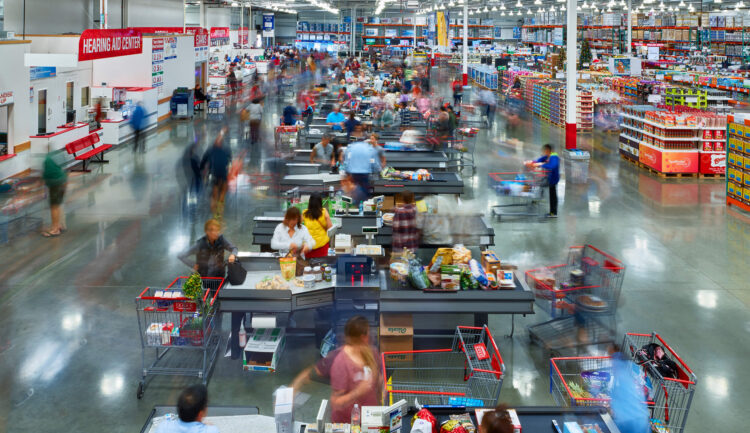 Every time you walk into a Costco, you’ll probably see an employee use their click counter. This inventory of incoming and outgoing shoppers is essential to keep the store running smoothly, especially at check out.

The headcount is periodically relayed to the supervisor in charge to keep track of how many registers can accommodate shoppers. If there aren’t enough cashiers on hand, the supervisor calls on staff from other departments trained in other functions for understaffed units. 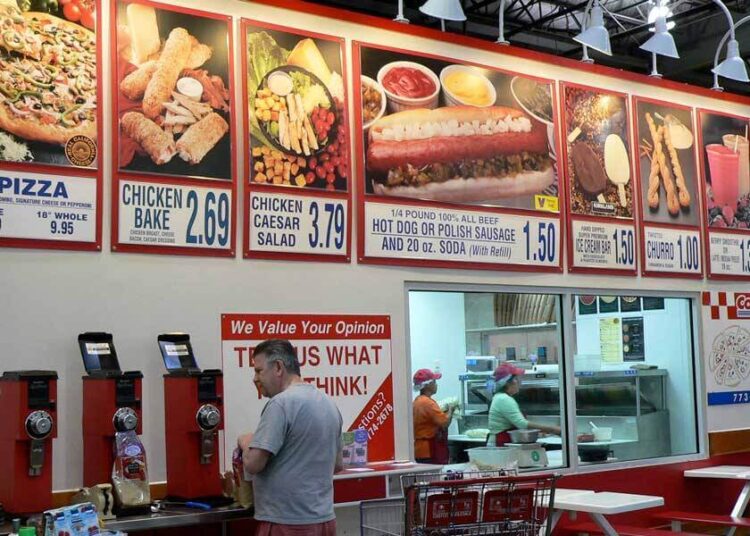 Serving or preparing any food in Costco is done with extreme caution to avoid any issues or, worse, lawsuits.

For instance, if an employee forgets to remove their apron before exiting a department, they have to remove it and replace it with a fresh one to avoid contamination. Serving pizza is approached the same way. Once it has been served on the counter, the food can’t come back.

For instance, if a shopper decides they want another flavor, the pizza served is tossed into the trash. Some branches even prohibit their workers from using nail polish since it can chip and get mixed into the food. Rest assured, the food you get from Costco is as clean as possible! 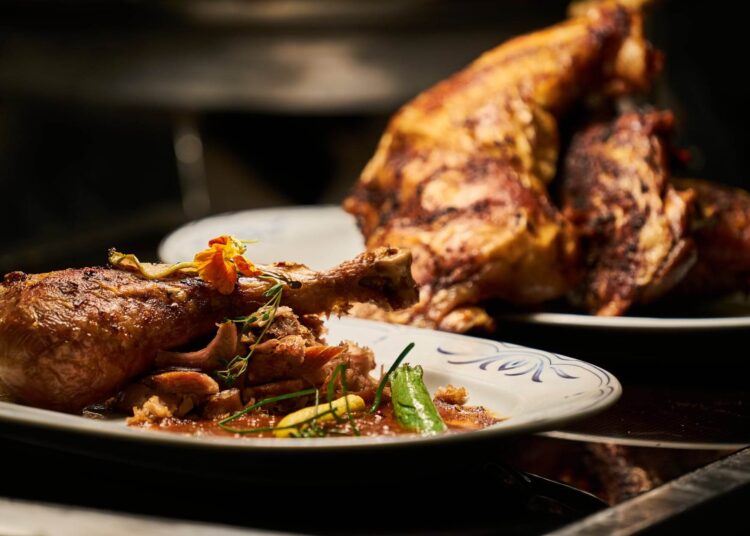 The company’s dedication to satisfaction does not stop with its customers. Employees are also treated with generous wages and benefits. One interesting perk is that every employee is gifted a giant turkey during Thanksgiving! Workers have expressed that it’s a nice touch and a great way to feel appreciated during the holiday season.

11. Your membership can be revoked 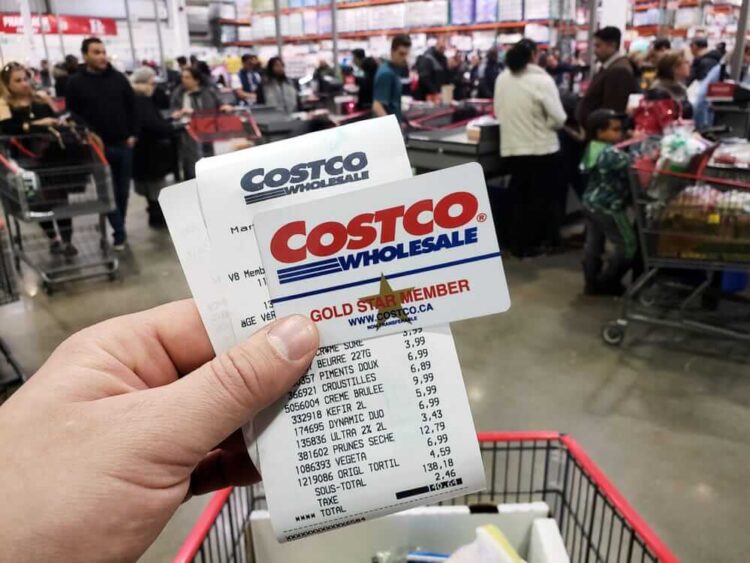 In extreme situations, Costco employees have the authority to revoke a shopper’s membership. Some members have, unfortunately, been caught stealing or even getting into physical fights inside the store.

Most people get away with warnings for being verbally aggressive or frequent returns, but bad behavior may result in a terminated membership.

12. They know the best times to shop to avoid crowds 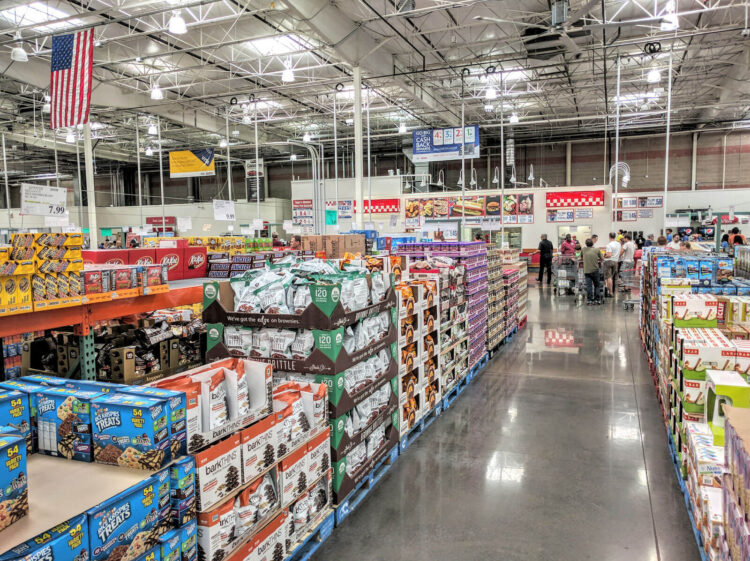 It seems like a no-brainer, but Monday mornings are best for stress-free shopping if you want to avoid crowds at Costco. If you can, then avoid visiting the store on weekends.

13. The food court only accepts cash for a reason 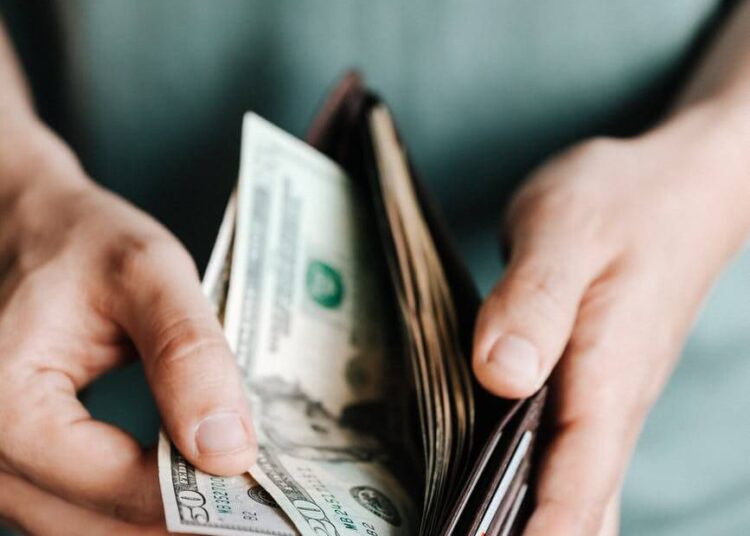 The food court doesn’t actually make much profit in Costco. The real reason it’s there is to allow customers to have a good experience with great customer service and a good deal before leaving the store.

In fact, the commitment to providing the best shopping experience is so ingrained that the price of a hotdog and soda combo hasn’t changed since 1991! So the next time you enjoy a pizza at any Costco branch, think of it as the company’s way of saying, “Thank you for shopping with us.” 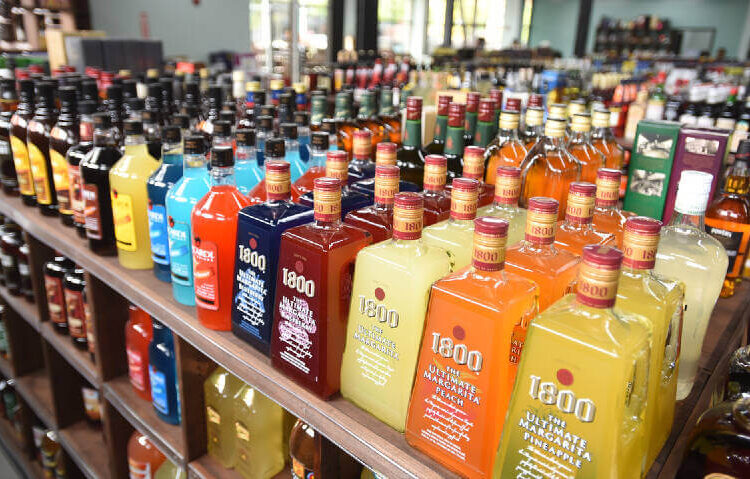 In some states, Costco can sell liquor even to non-members. There’s also the added benefit of getting it at wholesale price, even for name brands. 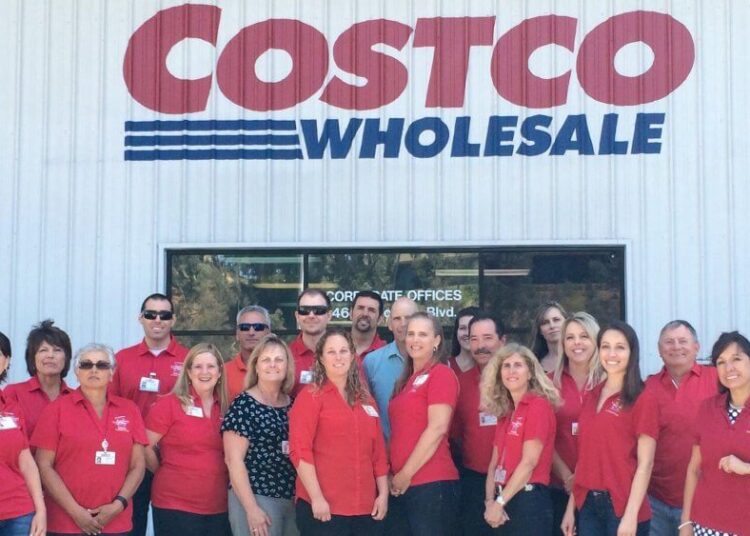 Many Costco employees legitimately love their jobs. Even if customer interactions can sometimes be frustrating, the job comes with many benefits, a good wage, and support from the company.

The pay scale is excellent, and some people at the top of their ladders make $20 per hour and 1.5 times their usual rate on Sundays. So naturally, this encourages employees to take care of members.

We hope you find these 15 Costco employees’ secrets useful and entertaining. Then, for more entertainment, check out our articles and stay tuned for fresh content.