First Look: This Is How Gal Gadot Will Look Like In Her New Wonder Woman Movie 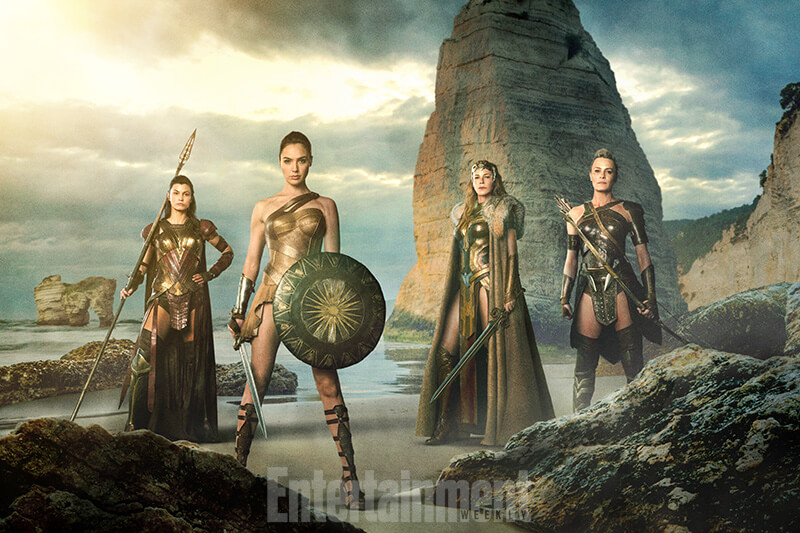 Although the critics didn’t fall in love with the new Batman Vs Superman : Dawn of Justice movie, but almost all of them did agree that maybe the most interesting part about this movie was in fact, Wonder Woman.

The producers of the movie are probably on edge to see how it will rank in the next coming weeks, but they do have a shining light to be happy about, and that is there is a massive interest in the up coming solo movie of Wonder Woman that should be out next year.

Entertainment Weekly published a small peak from the movie with a picture of the amazonian warrior and her supporting characters.

Director Patty Jenkins says that the armor has been modified to attract more female audiences, and instead of the all male supporting cast as Batman and Superman, she now has Connie Nielsen as Wonder Woman’s mother and queen hippoyta, Robin Wright and Lisa Loven Kongsli who train her to be a total badass.

” It’s a dream come true ” says Jenkins ” As a woman, i wanted Wonder Woman to be hot and a fierce warrior, just as everyone wants Superman to have a great muscle body, it makes you feel like the hero you want be. ”

The movie gives us a unique backstory of how Wonder Woman was born and grew up on Themyscira, the amazonian warriors island where it all began. To find  such exotic scenes the crew had to travel as far as China and parts of Italy.

Honestly, i can’t wait to see it

How To Fall Asleep In 5 Minutes – Seriously This Works