Elon Musk recently sent a Tesla Roadster together with a dummy driver to Mars orbit. There are cameras that are livestreaming the journey of the red car into space, towards Mars. We will not be able to see more than 12 hours of filming because after that time the Tesla’s batteries are thought to die out. But still, what a time to be alive.

The pictures and videos we’ve got make it all look like in a 50′ movies where you got a man in a car and a picture with trees or mountains behind him and that makes the impression the man is actually driving the car. Elon Musk himself said that:

“It looks so ridiculous and impossible. You can tell it’s real because it looks so fake, honestly.”

Elon Musk also declared that the suit the dummy driver was wearing was the actual SpaceX suit that can protect humans in a vacuum. Apart from the Starman, the Roadster is also carrying a model-sized version of the car and the driver, a storage device that has Isaac Asimov’s “Foundation” on it and, engraved on a circuit board, the phrase “Made on Earth by humans”.

The car also has the name of more than 600 employees working on the SpaceX project engraved on it. 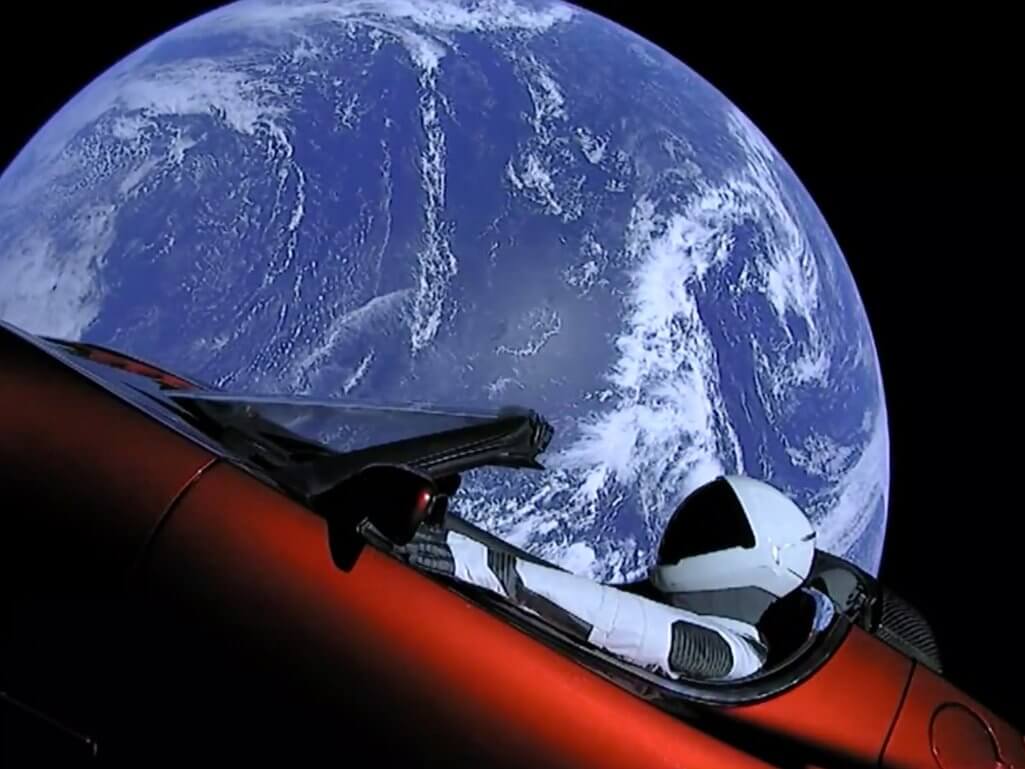 First and foremost, the car will go through Earth’s radiation fields known as Van Allen Belt. This ride will not be a piece of cake for the Starman and his Tesla, but SpaceX wants to make a statement that the upper-stage of the rocket can survive even in extremely harsh conditions. This way, if there are others who wish to send their payloads into space, they should know that Falcon Heavy is a reliable way to do it and it costs around $90 million.

The Starman is expected to reach the Mars’ orbit in about 6 months. Well, have a good journey!

25 Useless Products That Made Millions And No One Knows Why