Have you ever wondered what the original inspiration for batman’s cape was? The Batman we know today is iconic. No other superhero compares to the dark, brooding, mysterious, yet admirable night “vigilante.” And although it has many variations, he is easily recognizable in his costume: a dark bodysuit, boots and gloves, a mask with pointed ears, and the oh-so iconic cape. 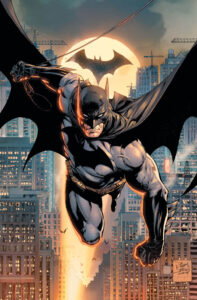 Believe it or not, Batman didn’t always look like this. When creators Bob Kane and Bill Finger created the caped crusader, it looked a little more like this: 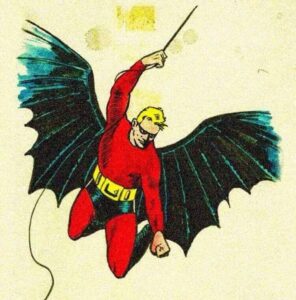 Where did the inspiration from this design come from, and how did it become the famous costume that we know and love today? Here’s the story about the original inspiration for Batman’s cape. 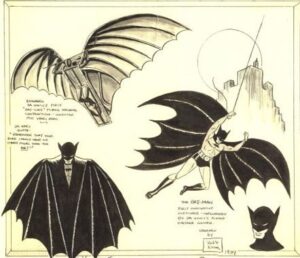 Batman originally debuted in May of 1939 as a comic strip superhero under DC comics by Finger and Kane. The first iteration of Batman looked nothing like he does today.

Kane’s first sketches featured a superhero wearing red tights and a domino mask that didn’t hide his blonde hair. And rather than a sweeping cape, the first Batman had two wings on his back that always stayed upright.

This was inspired by design conceptualized by none other than the great artist Leonardo da Vinci!

Bob Kane claimed that Leonardo Da Vinci’s sketch of the ornithopter inspired Batman’s wings. This contraption was a flying machine with bat-like wings.

Da Vinci conceptualized this as a result of his study of birds. The machine’s wings were designed to flap in imitation of birds. This would supposedly generate thrust to provide the necessary aerodynamic lift required for flight. 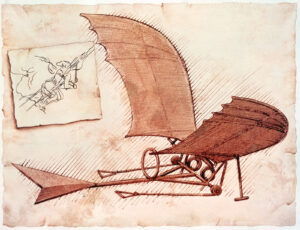 The ornithopter is said to have been made during 400 BC by Archytas of Tarentum as one of the earliest examples. However, its invention goes back even further in Greek mythology, as Daedalus and Icarus attempted to fly close to the sun using wings in the manner of birds. 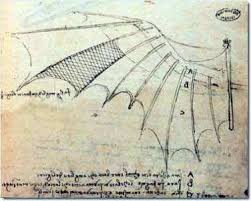 Here’s another of Kane’s sketches and one of the earliest features of the updated Batman in the comics: 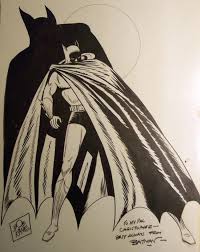 The Evolution of Batman’s Cape

Just like the Batmobile and the Batsuit, the superhero’s cape evolves as the hero does. 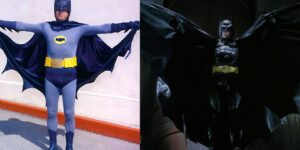 The two photos above are taken from two Batman portrayals on television and in film, and there’s a clear distinction between the capes.

Adam West’s costume on the left shows the cape hung around his character’s neck and attached to his arms. However, Michael Keaton’s version of Batman on the right was made to look like a true bat’s wings spreading. This is how the actual animal makes itself look more intimidating to its prey.

Today, the cape has a nearly endless list of features. These include doubling as a shock blanket, having metal in its edges, being fireproof, and even working as a parachute! 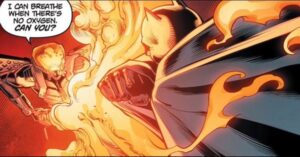 Whatever cool new trick Batman has up his cape and sleeve, it certainly owes its thanks to the original design created by Bob Kane and inspired by the great Leonardo Da Vinci.

If you enjoyed our feature on this superhero’s cape, check out our other articles on heroes and comic books here!