The Calcio Storico ” Historic Football ” is an ancient form of football that goes back all the way to the 16th century. The game is played in teams of 27 and it is originated from the ancient roman ” harpastum “. You can use both hands and feet to play, sucker punches and kicks to the head are prohibited, but head-butting, punching, elbowing and choking are all allowed – sounds like fun right? 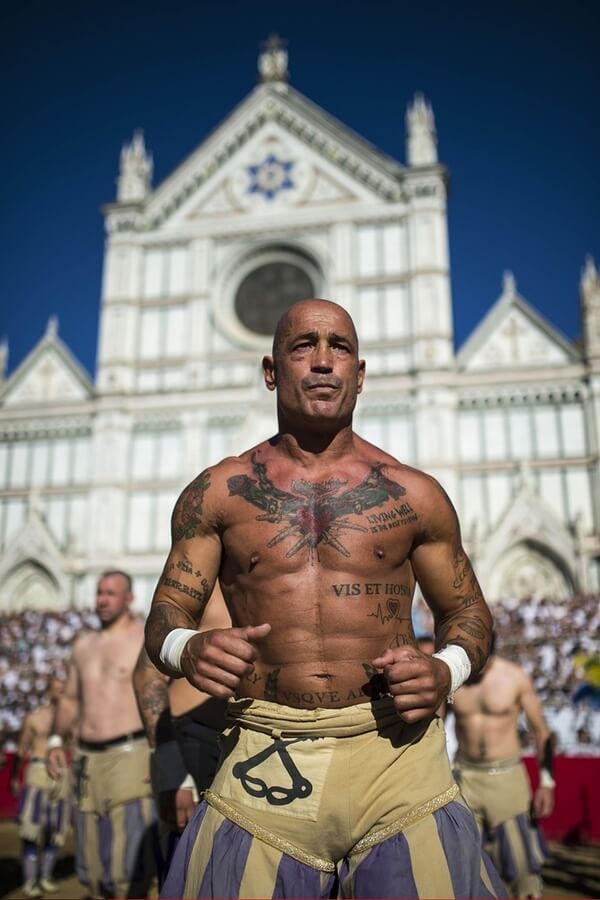 Before the big final match, men in traditional dress march through the city. The final is between Santo Spirito Bianchi and San Giovanni Verdi. The official rules of the game were written in 1580 by Giovanni de Bardi which was a count from Florence 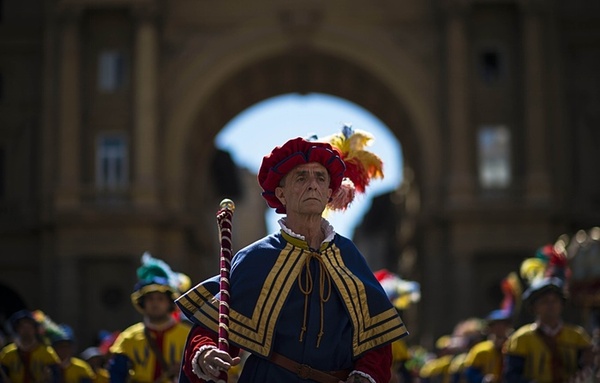 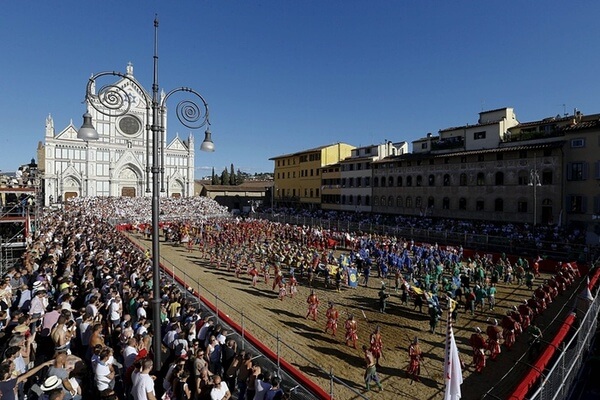 The final lasts for 50 minutes – in the picture below, the Santo Spirito players bond before the game 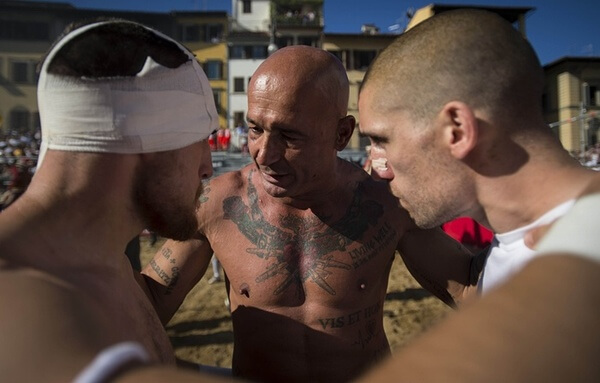 The start of the match is signaled by cannon fire 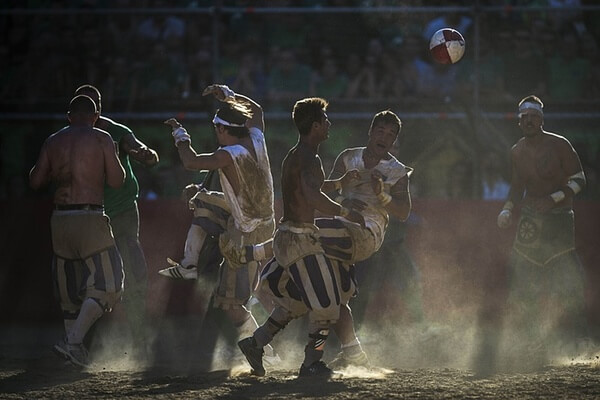 There are six linesmen and one referee that is called the master of the field, there is also one more off field judge 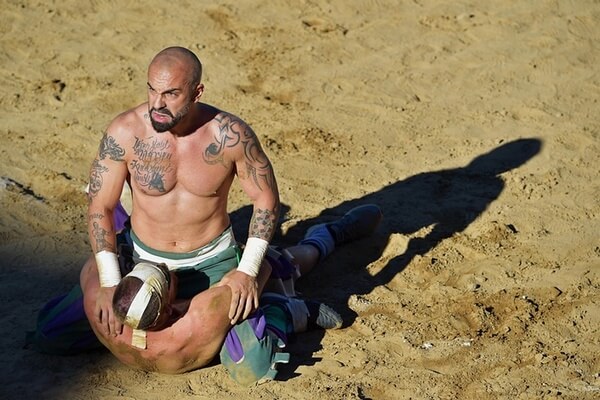 For 50 minutes, they battle with no breaks. Even if a player is injured and needs to leave the field the game continues and there are no substitutions 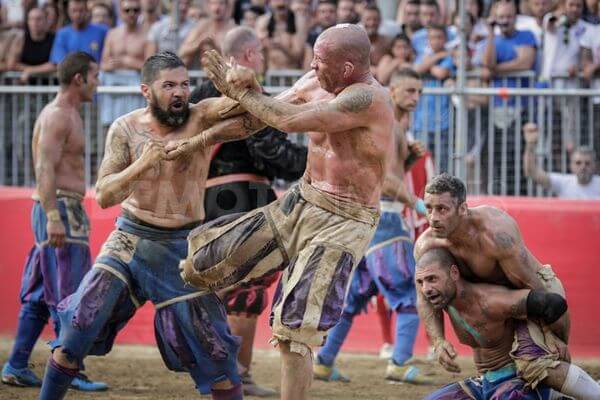 You can use martial arts but it is illegal to attack an opponent with more than one player, any violation of the rules can lead to expulsion 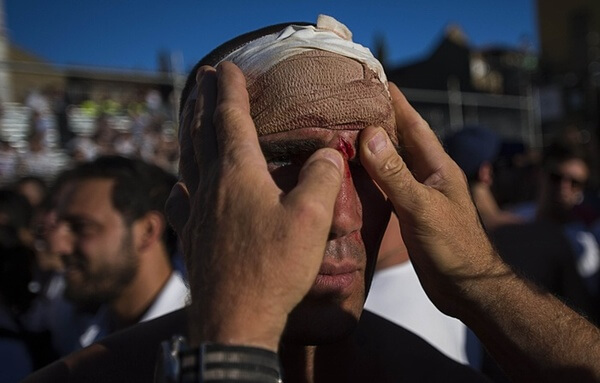 In the 17th century, the game popularity was waned but soon it was revived in 1930 with the final scheduled each year on the feast day of the city’s patron saint, St John the Baptist 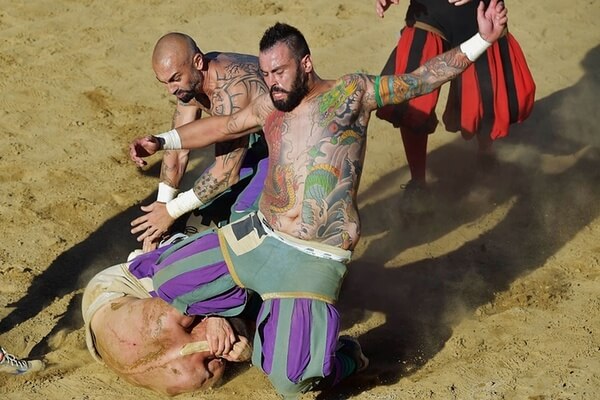 In 1574, a fight was staged to honor Henry III of France when he stayed in Venice, he said the event was ” too small to be a real war and too cruel to be a game “ 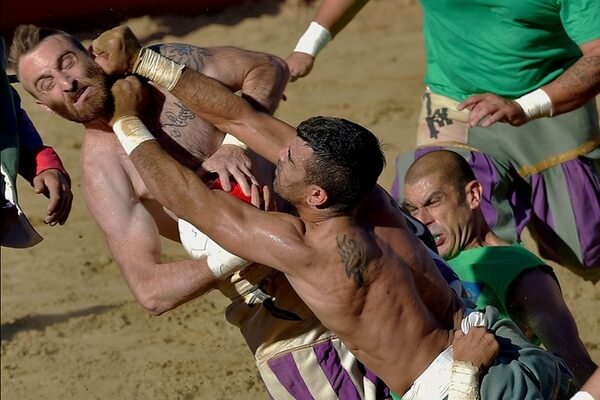 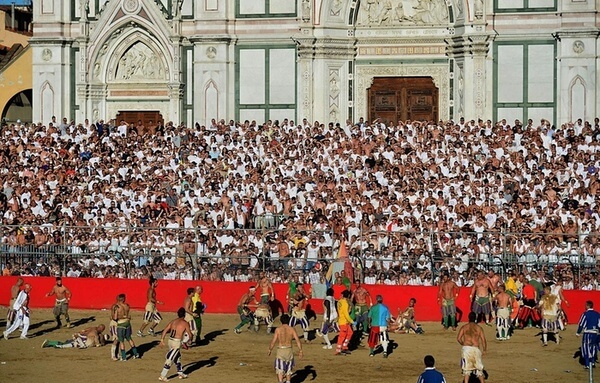 In 2007, the sport was given a ban of one year because a brawl broke out and 50 players were taken to court 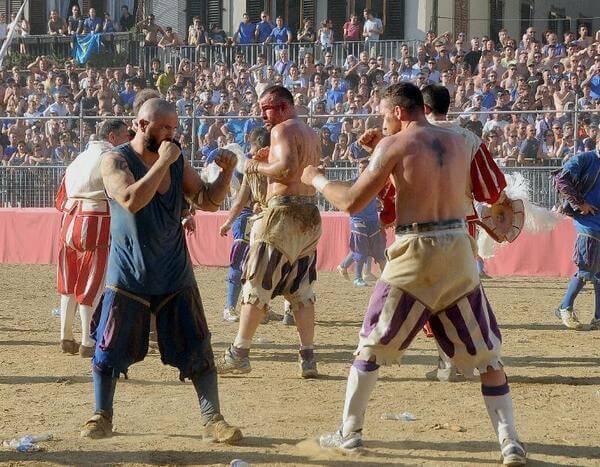 Players fighting for possession of the ball 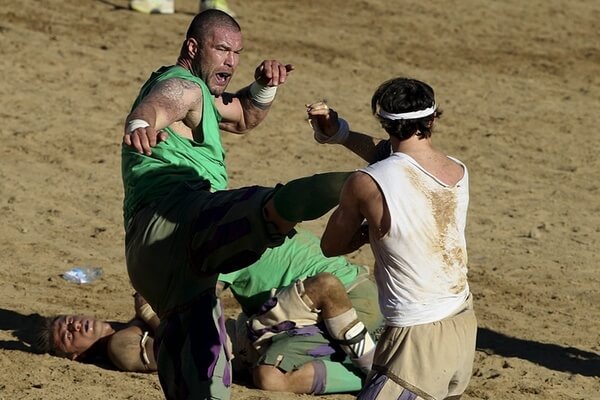 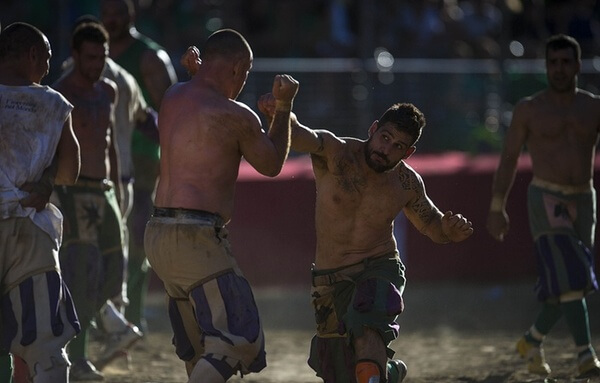 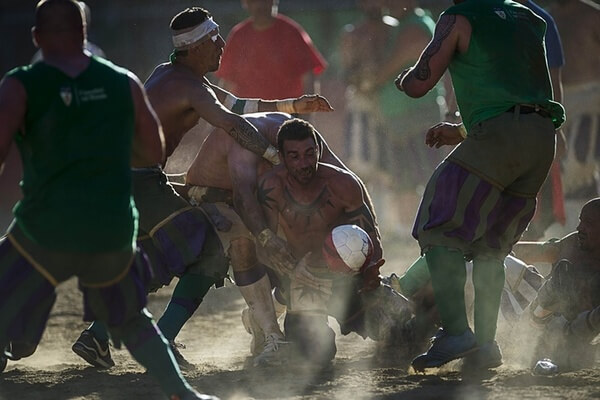 The players of Santo Spirito Bianchi celebrate their win in the finals, the winning team is presented with a Chianina cow, one of the oldest breeds of cow in existence 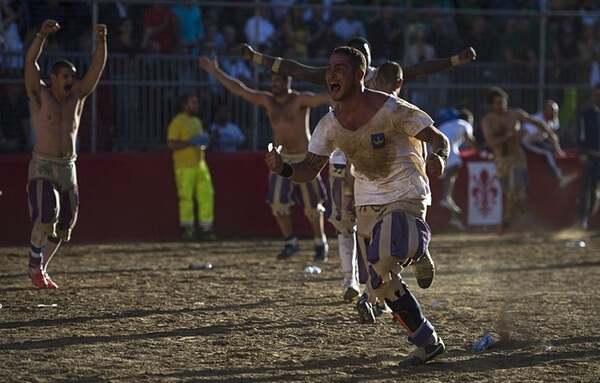 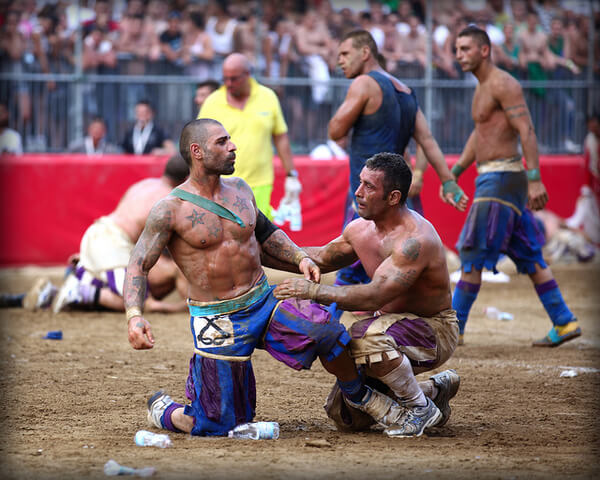 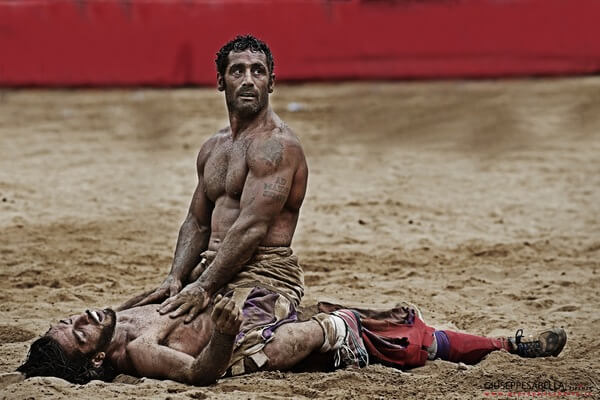 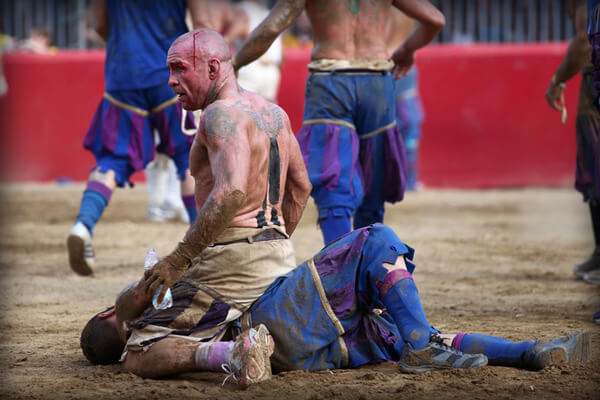 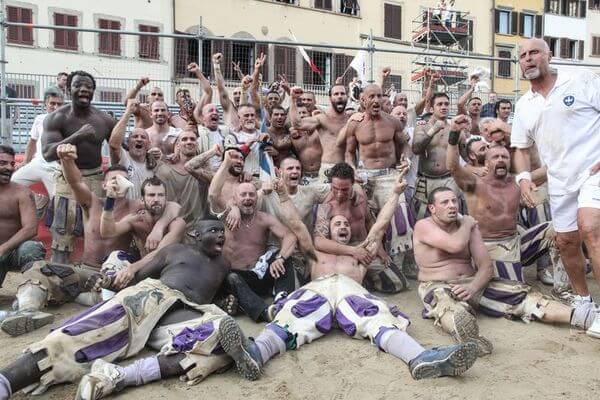 What This Guy Created With 20,000 Beads Will Amaze You

What This Guy Created With 20,000 Beads Will Amaze You