Every few years we hear about a new skyscraper that will be the tallest in the world, now the race to build the most spectacular building in the world took a weird turn.

Recently released are the plans and designs for ” The Big Bend “, a huge tower that would change Manhattan’s skyline. It is said that it will be the longest building in the world and as you can see from the sketches , the skyscraper will reach an apex and will curve back down, it will also feature elevators that could travel in curves and loops, AMAZING! 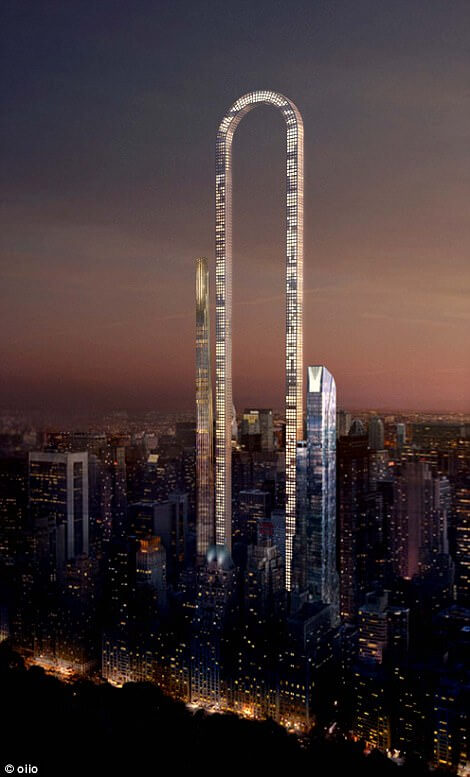 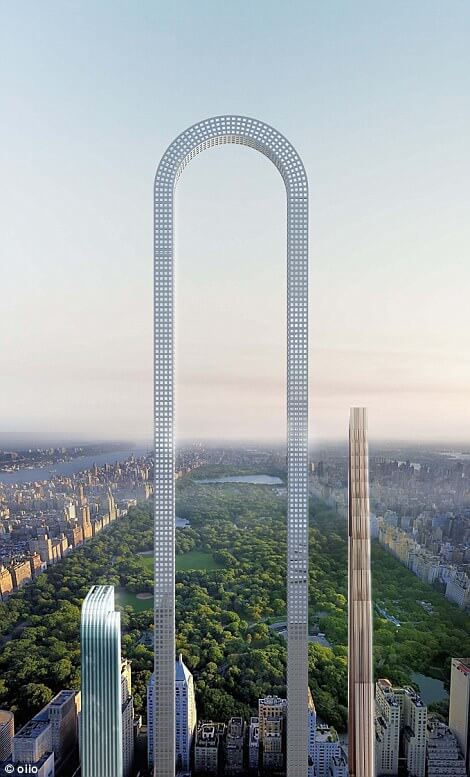 The building would be 4,000ft long and will need a new elevator system that has never been seen 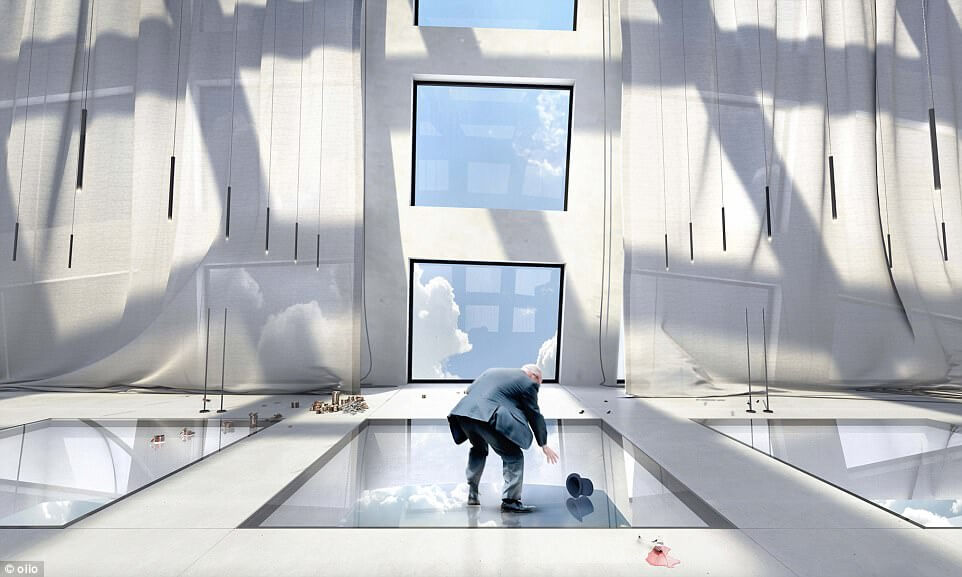 The elevators in the building will travel in curves creating a complete loop. The track changing shaft allows the elevators to travel horizontally and vertically.

In Spite of the challenges New York’s zoning laws set, the design studio Oiio has designed a cool and innovative concept to cater to the Billionaire’s street at 57th.

Oiio studio explained their thinking as such ” New York city’s zoning laws have created a peculiar set of tricks through which developers try to maximise their property’s height in order to infuse it with the prestige of a high rise structure. But what if we substituted height with length? What if our buildings were long instead of tall?

If we manage to bend our structure instead of bending the zoning rules of New York we would be able to create one of the most prestigious buildings in Manhattan. The Longest building in the world. “ 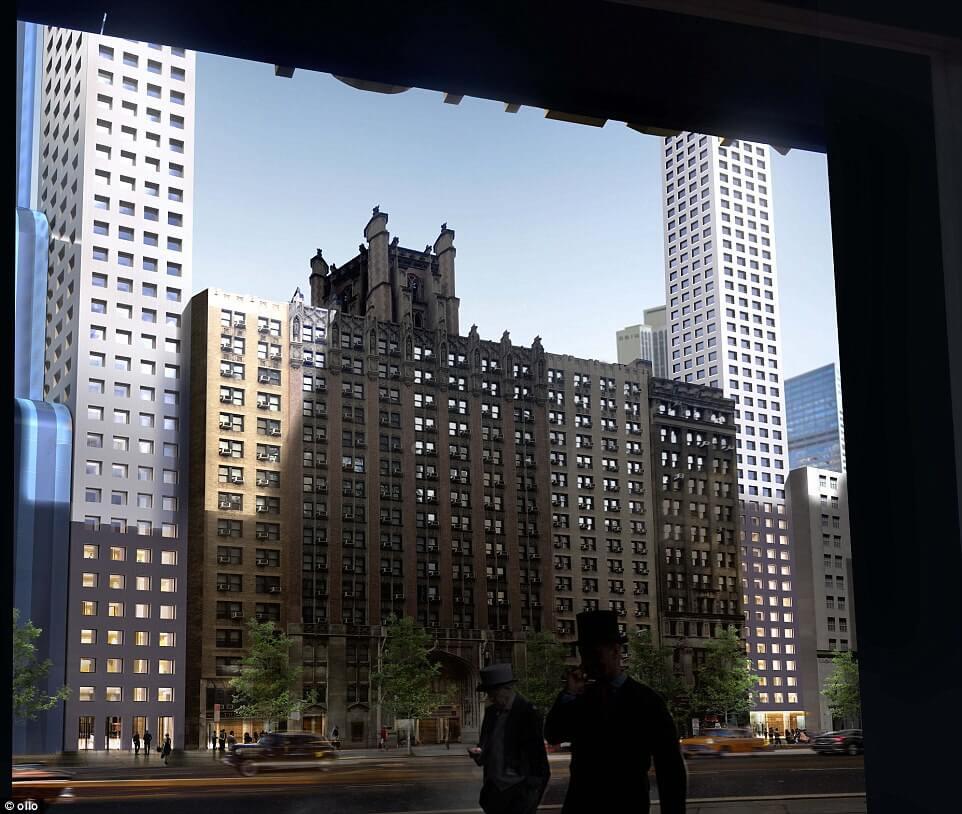 The change in direction of the design thinking happened after the emrage of the One57 building in 2014. Since than the design team has seen a big increase in sales that shifted the thinking into tall skinny buildings 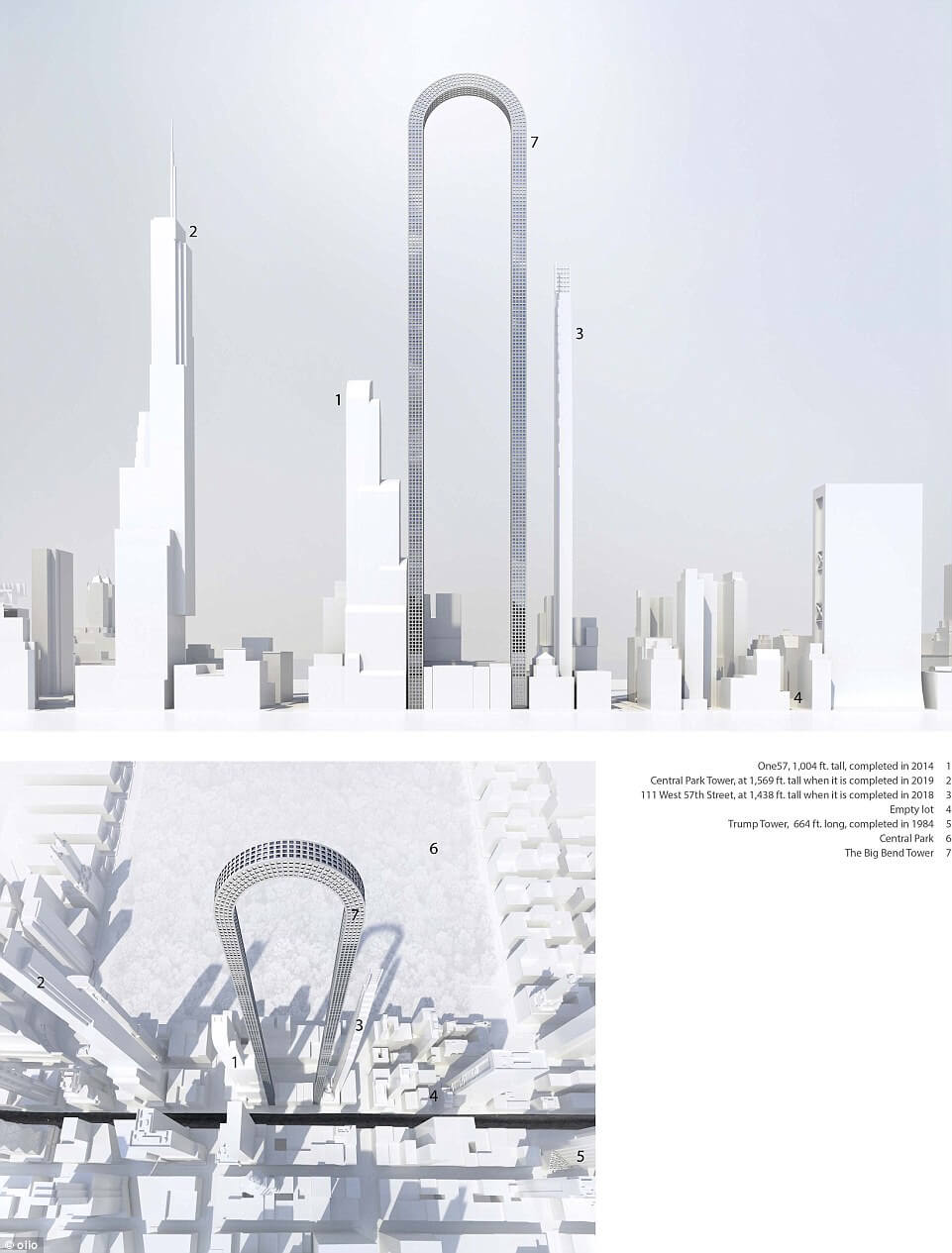 The bent building will be 4,000ft long and feature all glass windows, because of the innovative design the team needed to design an elevator system that could do things that no other elevators did before.

The team at Oiio explained ” What was once considered to be the greatest challenge in elevator history, is finally becoming reality. The elevator that can travel in curves, horizontally and in continuous loops.”

Their innovative design of the elevator system will allow a track changing for horizontal and vertical shafts on the top and bottom to create a continuous loop. 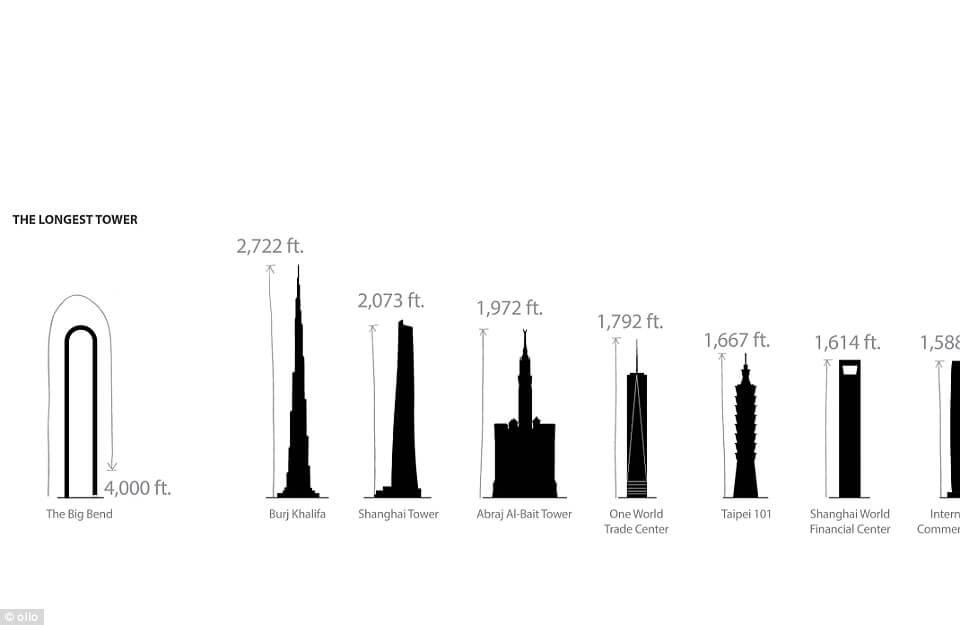 The team at Oiio said that The Big Bend design was a modest idea to the limitations of New York zoning laws.

Ever since One57 has emerged on the street in 2014, everything changed in regards of designing buildings. The team at Oiio explained. Ever since that design of the super building, the company has seen a major spike in sales and a new trend seeking skinny skyscrapers and super-slenders.

The team released a press statement that reads ” There is an undeniable obsession that resides in Manhattan. It is undeniable because it is made to be seen. There are many different ways that can make a building stand out, but in order to do so the building has to literally stand out “

With The Big Bend the team could build a structure that will truly stand out from the crowd but still within the zoning rules of New York city. And isn’t that what innovative architectural design is all about?