Home / Entertainment / See Inside The Hidden Bedrooms Where Cabin Crew Sleep. Flight Attendants And Even Some Pilots Relax On Flat Beds In The Plane Ceilings On Long Flights

See Inside The Hidden Bedrooms Where Cabin Crew Sleep. Flight Attendants And Even Some Pilots Relax On Flat Beds In The Plane Ceilings On Long Flights 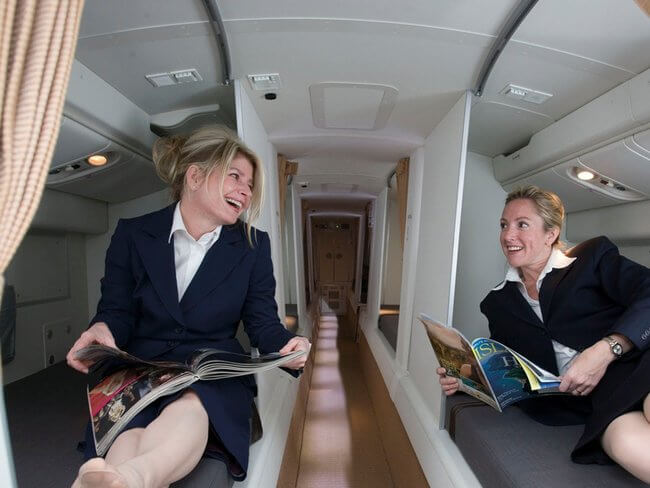 Being a passenger of an aircraft for a long-haul journey in the clouds, you would probably want to rest and get some sleep for a while and then you maybe start wondering, how do the cabin crews and flight attendants get their own time to rest?. And if you think that they are deprived of their time to rest or take a nap, you might be surprised to learn that they have cool hidden rooms with beds and everything to sleep and rest while not attending you.

SEE ALSO: This Is The Largest Plane Ever Built, And You Wont Believe Its Actual Size

Until now nobody seemed to be aware that an aircraft has a sleeping quarters for the crews where they can read books, take a power nap or simply relax and get away from passengers. The photos below show that there is such a thing, and it’s quite convenient!

In the cockpit area there is a door that passes through the crew quarters which include flat beds and sometimes a separate restroom and business class seat for the pilot. 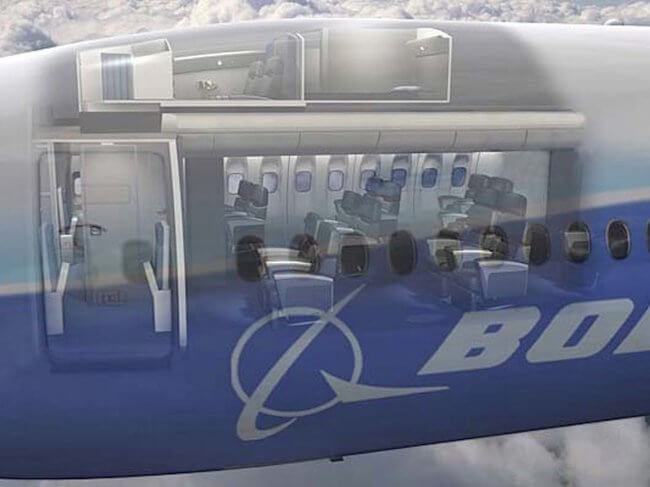 The hidden compartment is located above the passengers head in the roof of the plane. 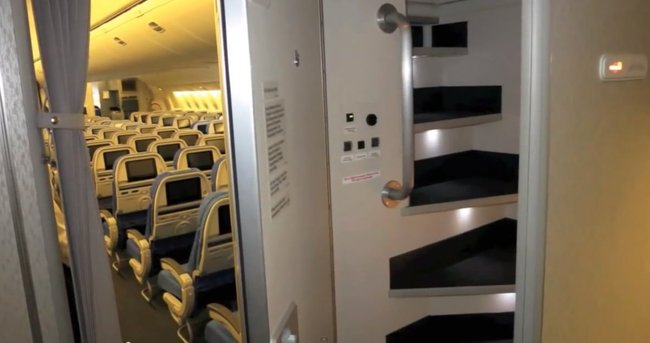 But of course not all the planes have this kind of feature for cabin crews, but the Boeing 777, 747 and 787 Dreamliners, that can travel for more than 15 hours straight has. This compartment holds a regular body-sized person enough to lie down or sit. Airlines as well are required to put this rest compartments for the crews. 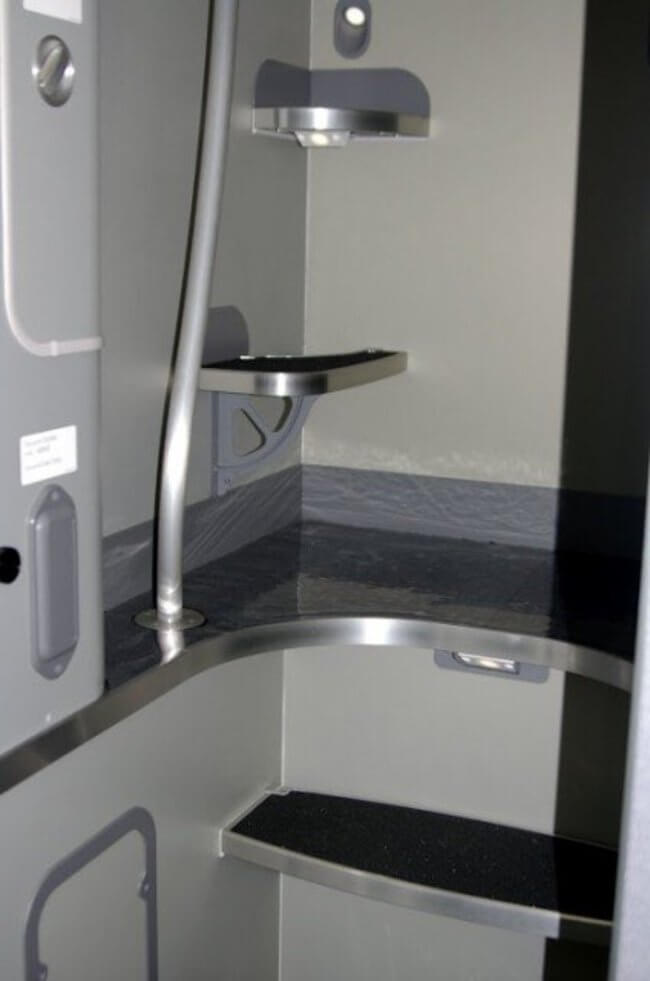 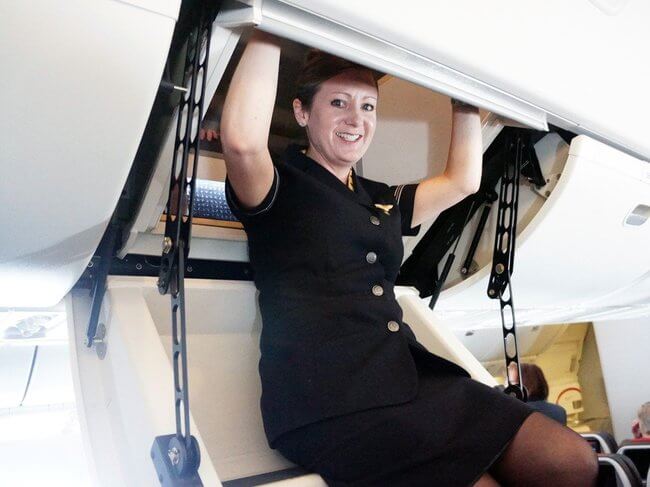 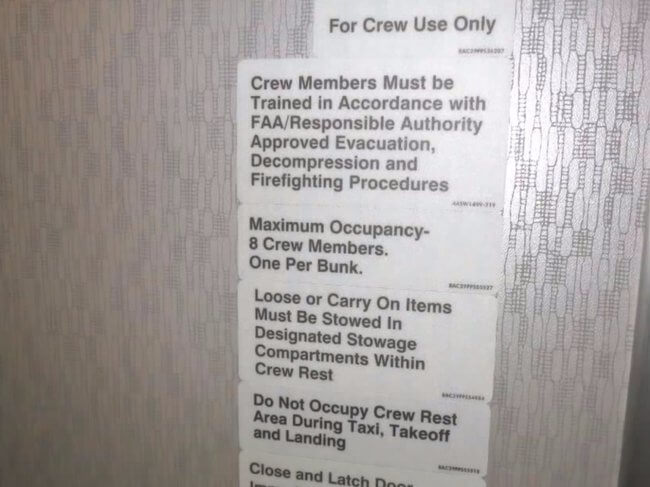 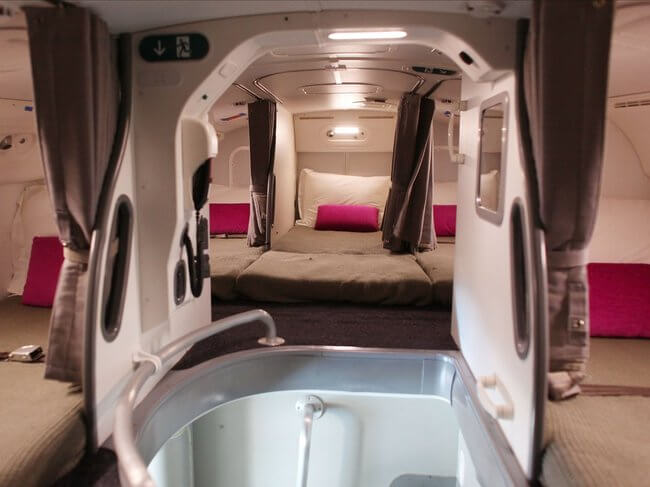 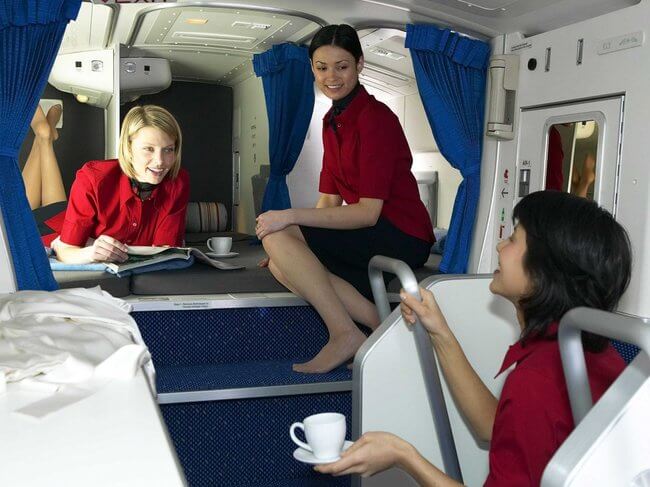 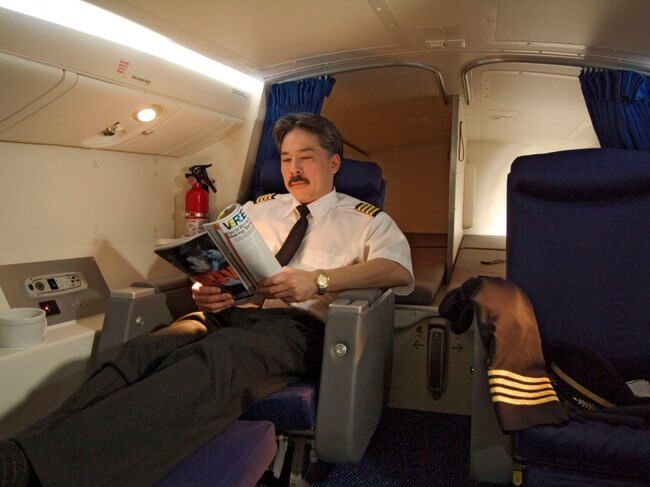 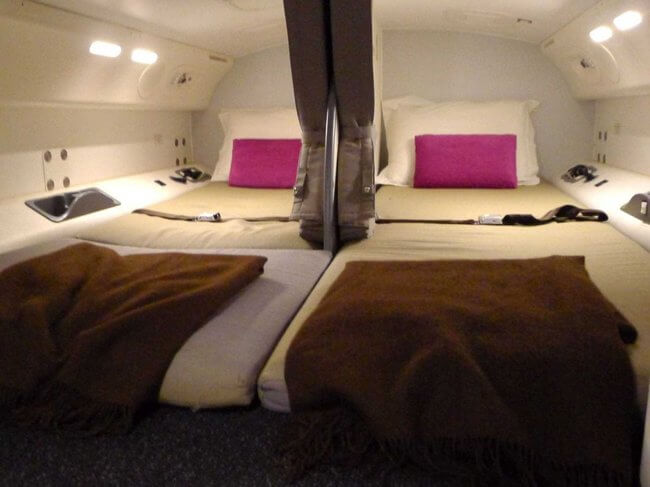 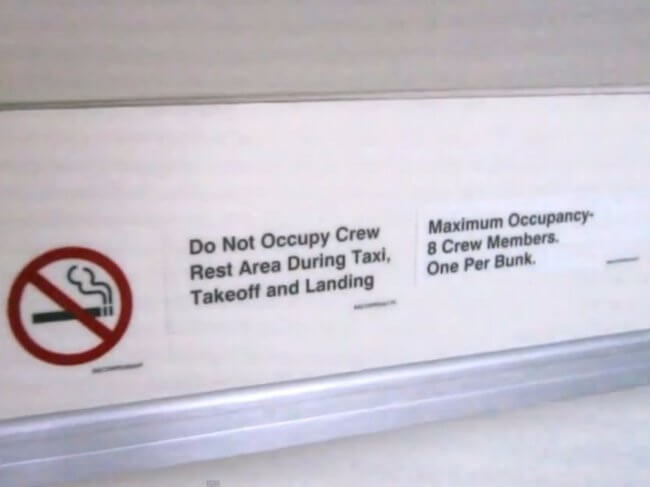 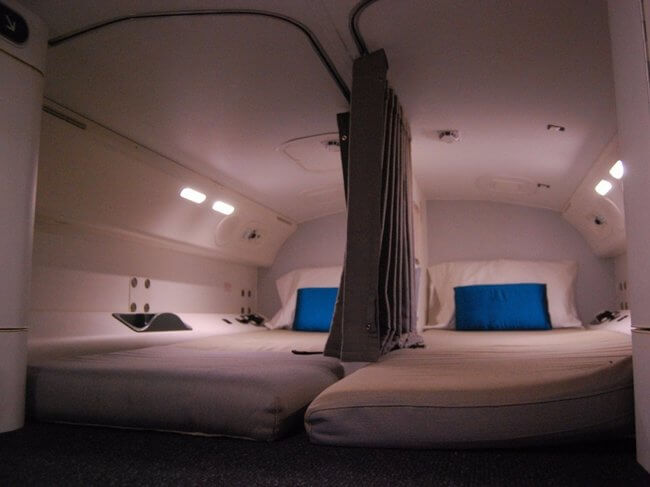 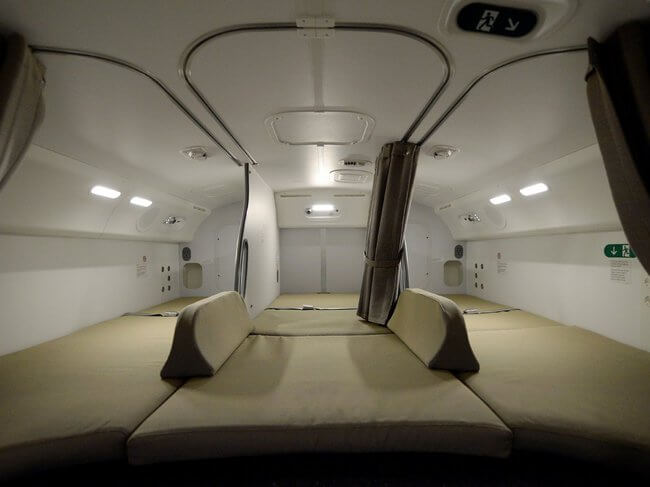 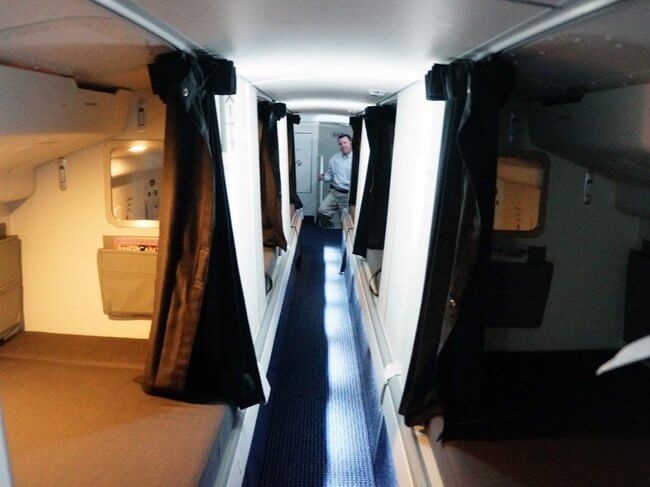 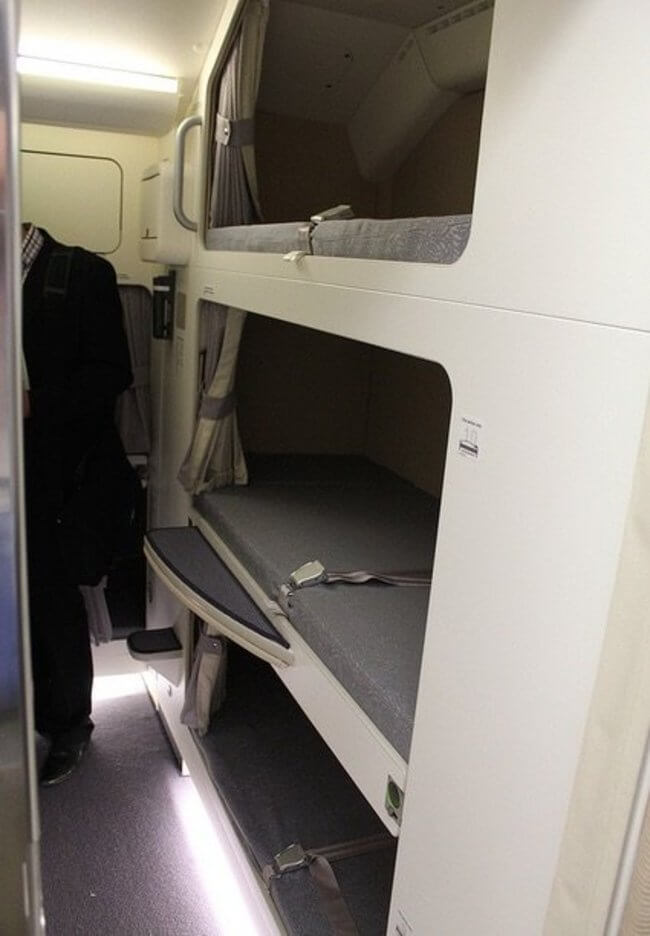 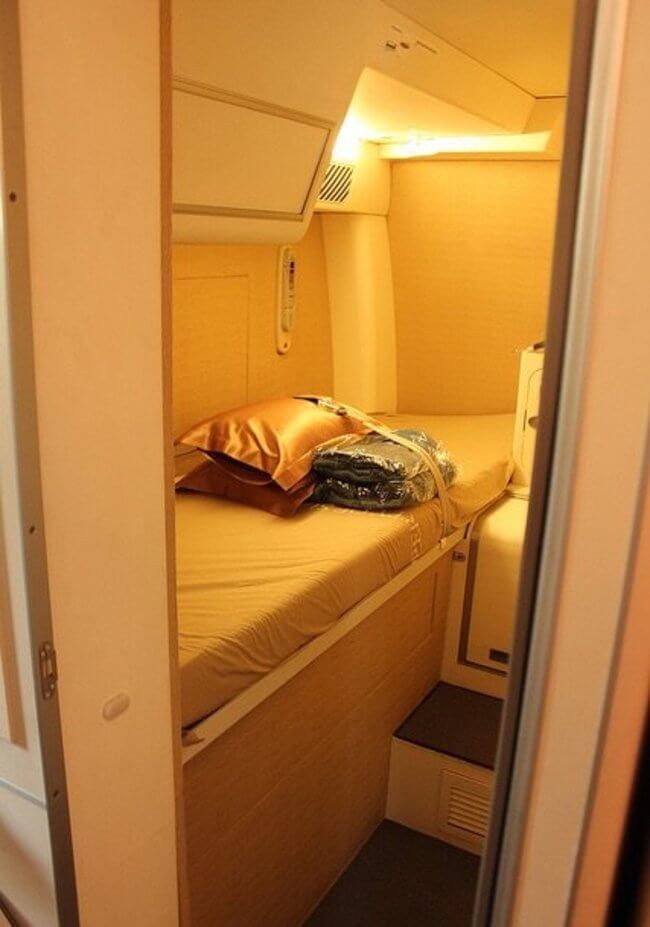