President Obama has become a wedding crasher-in-chief for a day when he accidentally crashed a wedding at the country club where he was playing golf.

Bride Stephanie and Groom Brian already knew that aside from the fact that they are getting married at Torrey Pines Golf Course in San Diego, that the President of the United State was planning on playing golf somewhere in the country club. But they did not know exactly that these two events would excellently meet head on. 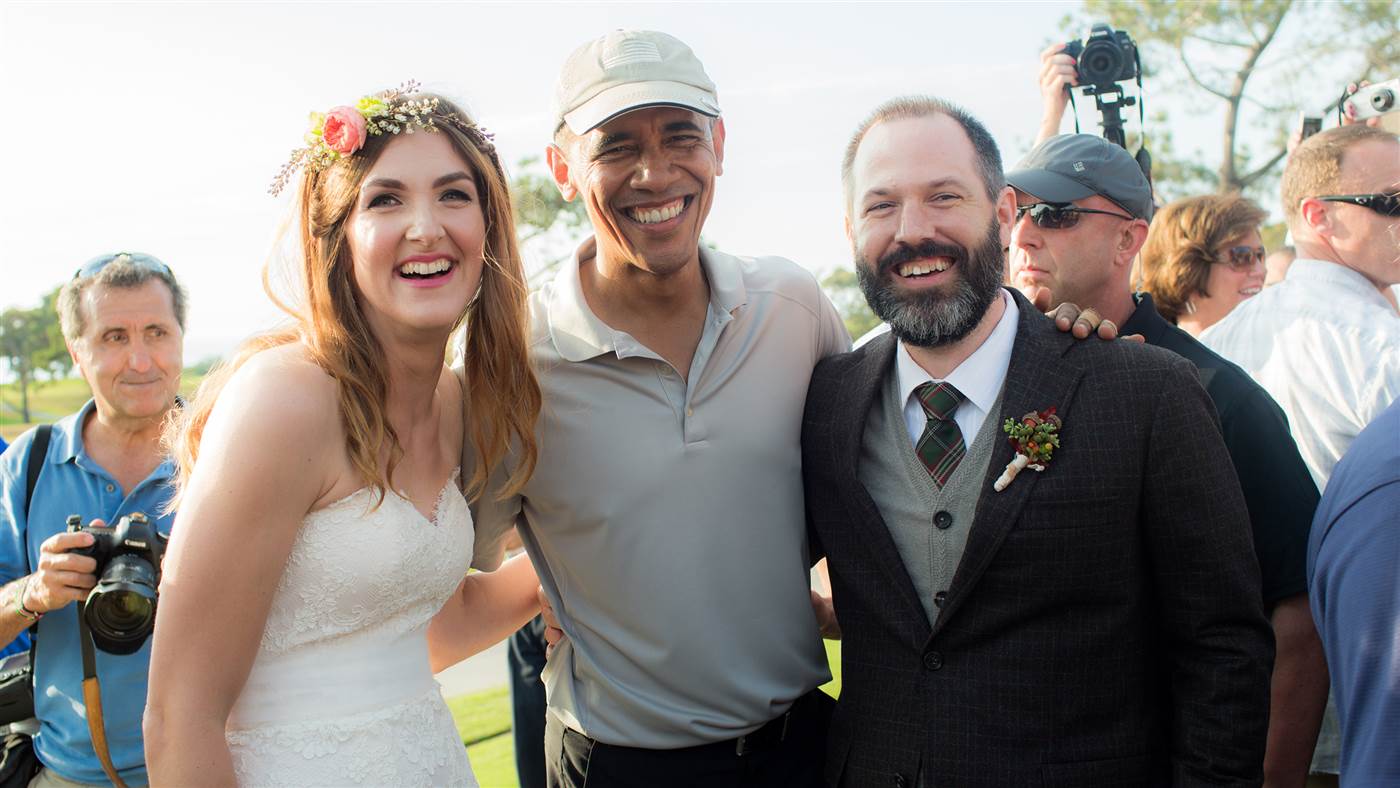 “We’re like, ‘Nah, he’s not going to end up here,'” Brian told KGTV (and asked that the couple’s last names be withheld). But when they arrived at the course, they saw SUVs and secret service everywhere. “So then we knew he was on the course.”. While President Obama is yet finishing his final putt, the wedding party  awaits for him at a second- story window like puppies who are just so excited, waiting and watching everything unfolds. 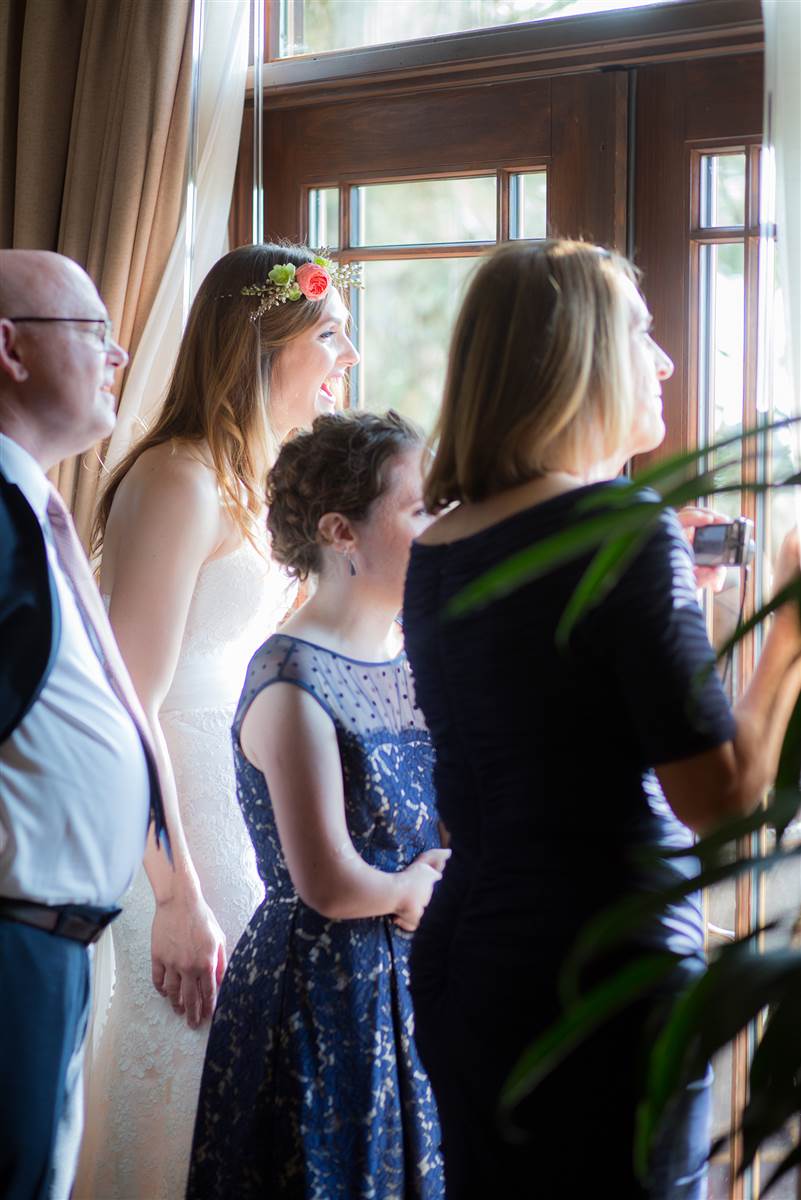 “Once we saw him coming up I … plastered myself against the window, because we had been forced inside, they weren’t allowing us out on the balcony, and I was just hoping that they’d notice my wedding dress,” Stephanie recalled.

“Which of course he did, because she took off toward him in an “all-out sprint in heels and wedding dress,” said Brian (who naturally ran right after her).

“It was an emotional experience”, she said. “I actually started crying; I was crying as I’m running up there,” she said. “You are just overwhelmed with emotion.” 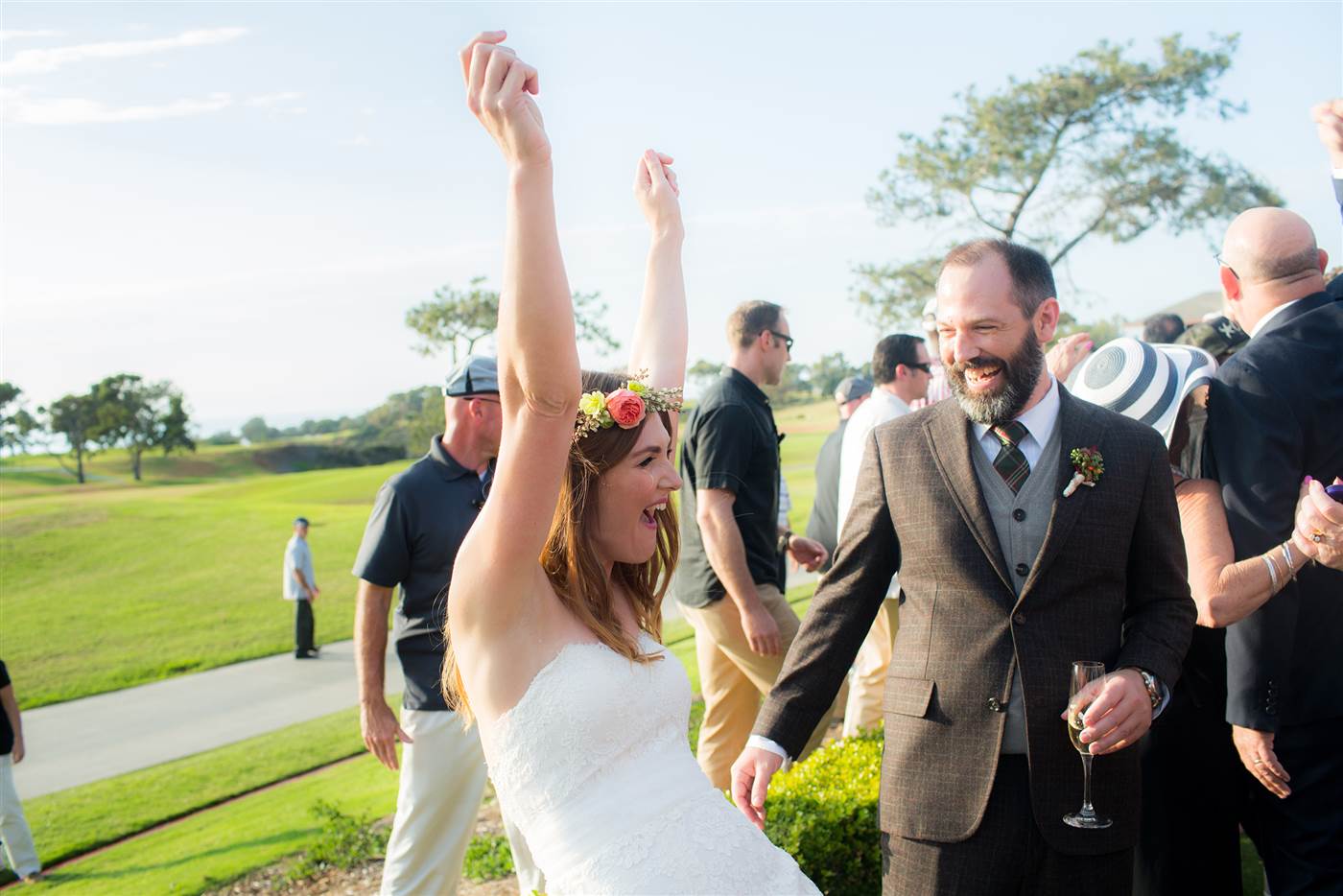 The president stayed for a while talking with the couple and have some fun time. The couple’s once in a lifetime photos with the commander-in-chief were taken, but did not stay longer for the ceremony. 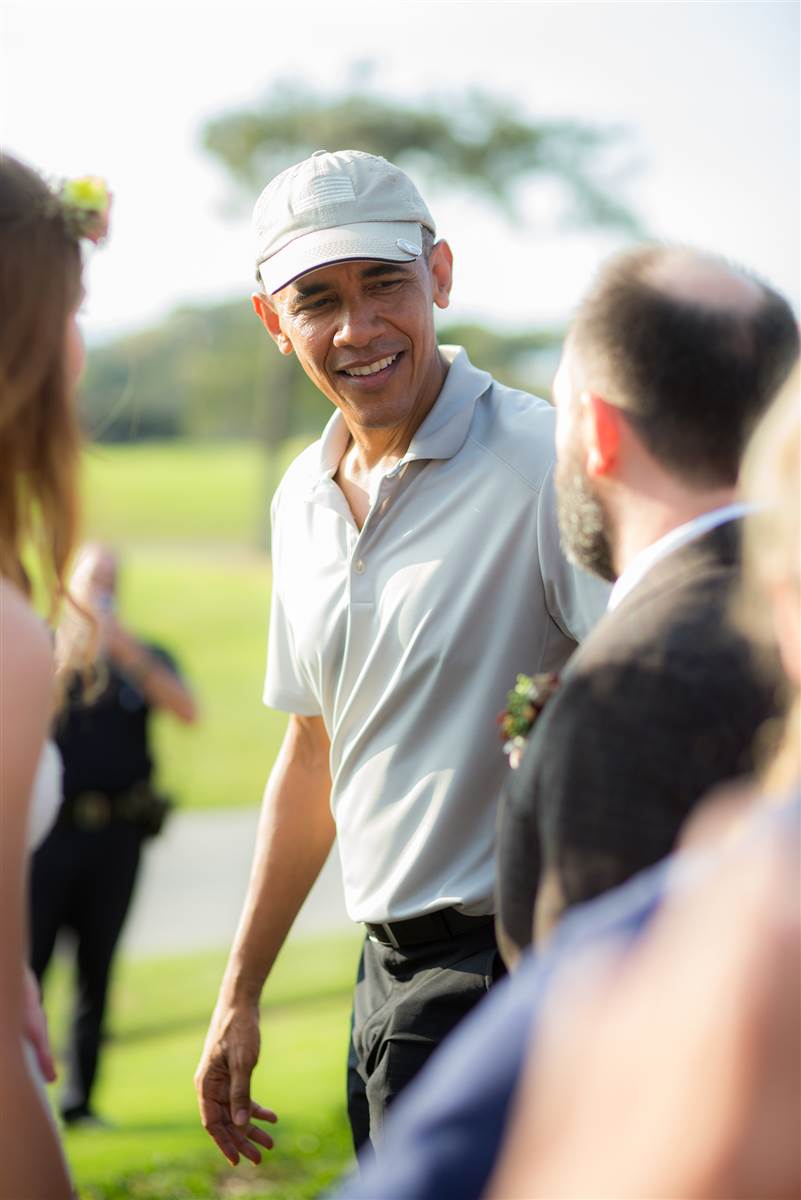 “To see a sitting president, I was just crying going up there. It was awesome,” said Stephanie.

These Cool USB Mixtapes Will Win Over Your Loved One, 80’s Style