Instagram Snapshots Of Norwegian Fjord’s Astounding View From The Canoe

The 41-year old Norwegian Kayaker Tomasz Furmanek, who lives in Bergen, Norway uses his GoPro and a small Sony compact camera on the front of his kayak for taking pictures of these exquisitely beautiful sceneries.

Furmanek who was a native from Poland has been enthralled by the dazzling beauty of Norway since he moved in six years ago. He has begun uploading the photos he took on his account in Instagram and gained almost 60,000 followers in just three years.

Here are the impressively stunning first-person photos taken by Furmanek in the Norwegian Fjords, from the breathtaking islands of Lofoten to the peaceful and untroubled waters of Sotra. 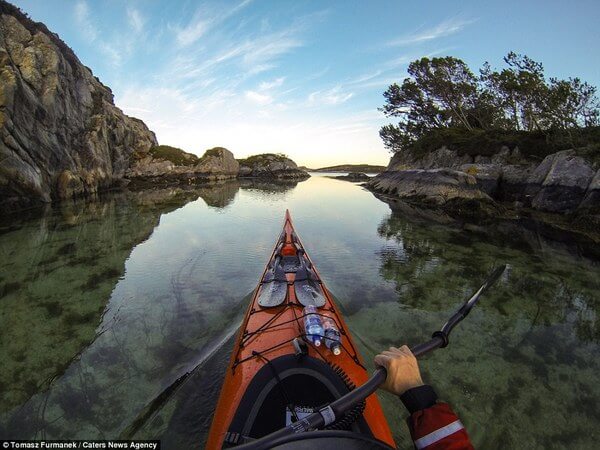 Furmanek said: ‘I have been travelling actively with my kayak for the last 3 years.’ (Above: photo taken by GoPro in Sotra, Norway) 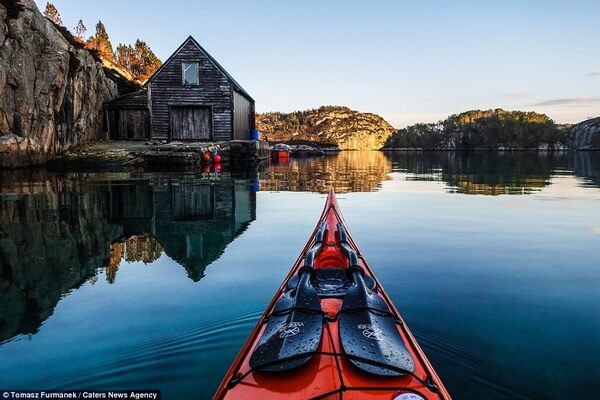 The natural and picturesque beauty of Norway is perfectly evident in his photos from the view of a kayaker. (above: Tomasz in Sotra in Norway) 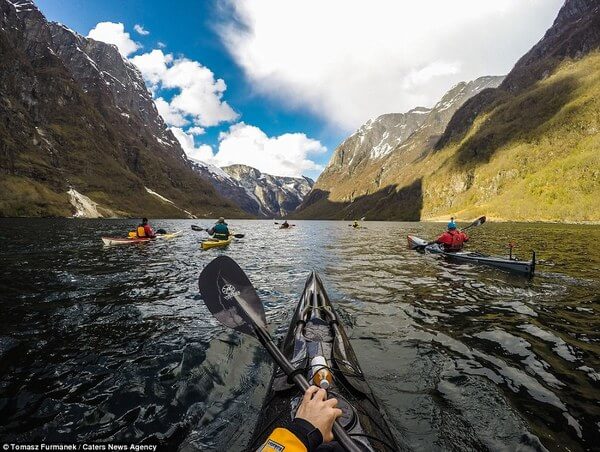 Furmanek, together with his fellow kyakers discovering the Naeroyfjord in Norway. He normally documents his journey online for his followers to see his gallery. 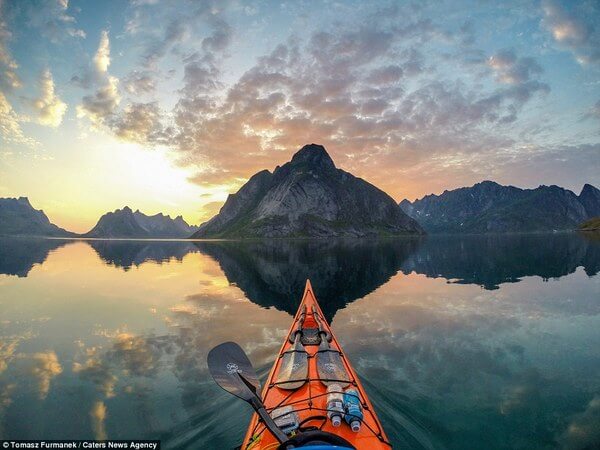 ‘I will probably travel with my kayak for many years. There are a lot of lakes and fjords that I’ve not visited yet.’ Furmanek said. (Photo taken in Lofoten) 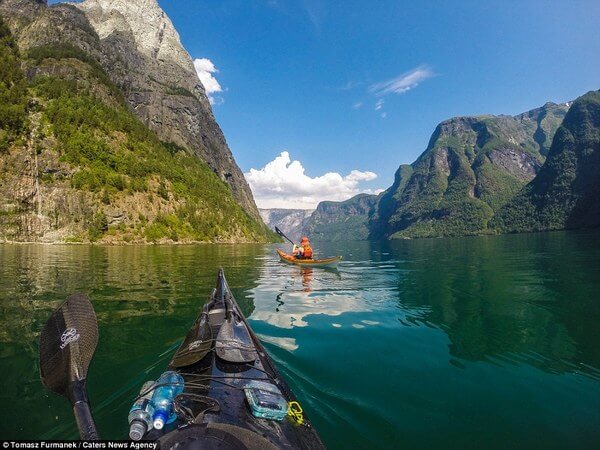 Tomasz Furmanek who is a native from Poland has been captivated by the peaceful beauty of Normay from the time he trasferred there. (above: Naeroyfjord) 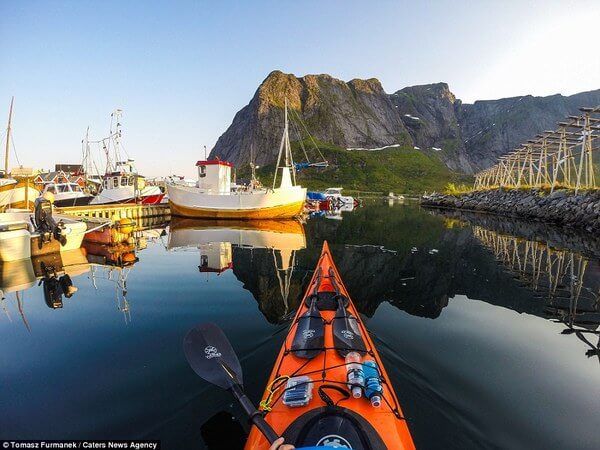 He said: ‘My favourite part of Norway are the Fjordarms and mountains in the Sognefjord area.’ (Pictured: Lofoten in Norway)

‘I usually go kayaking for longer trips during the weekends and in my vacation and during the week I take short kayak trips after work in the fjords near Bergen.’ 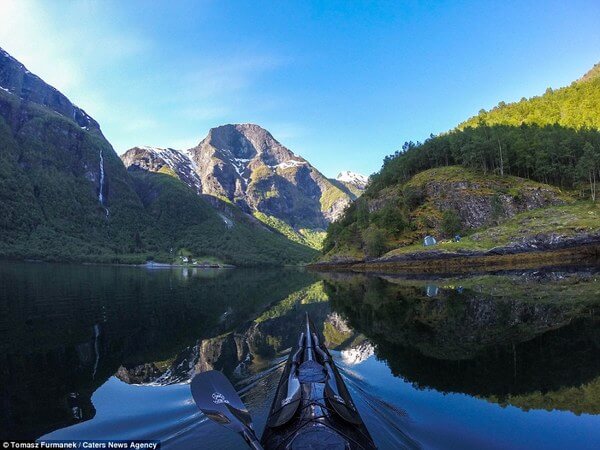 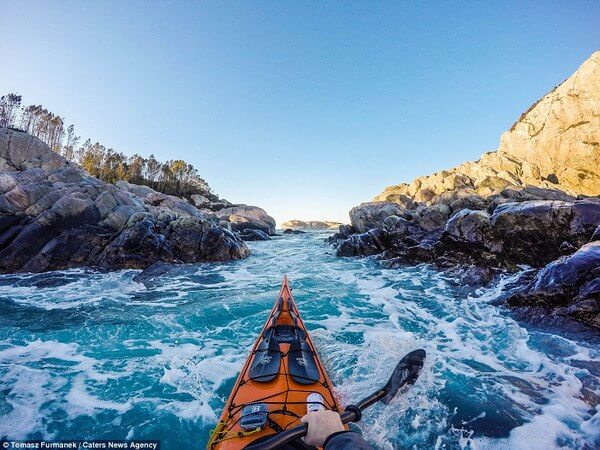 He has been actively journeying with his kayak for three years. (Pictured: Tomasz in Sotra in Norway) 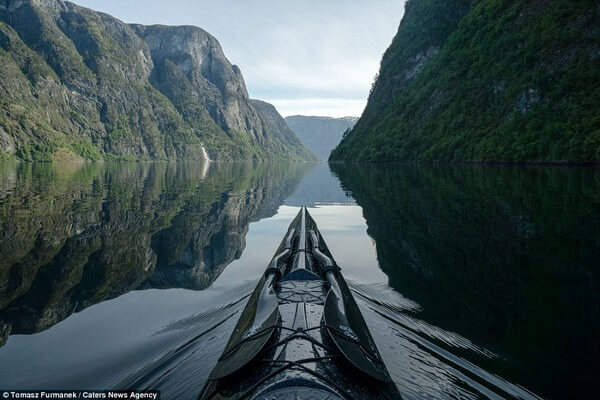 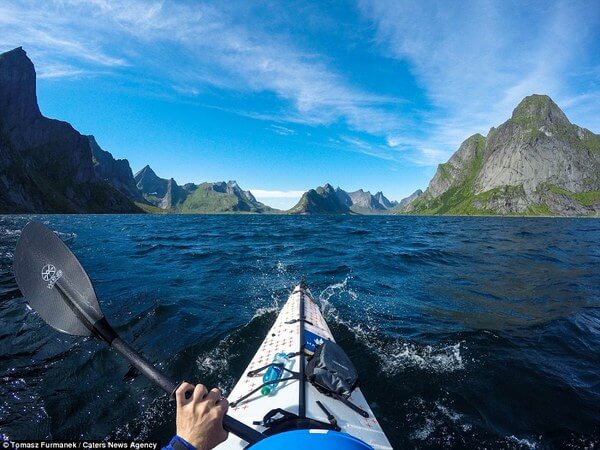 ‘The Lofoten Islands in Northern Norway (pictured) are also very nice but the conditions are rougher and not as suitable for beginners’ Furmanek said. 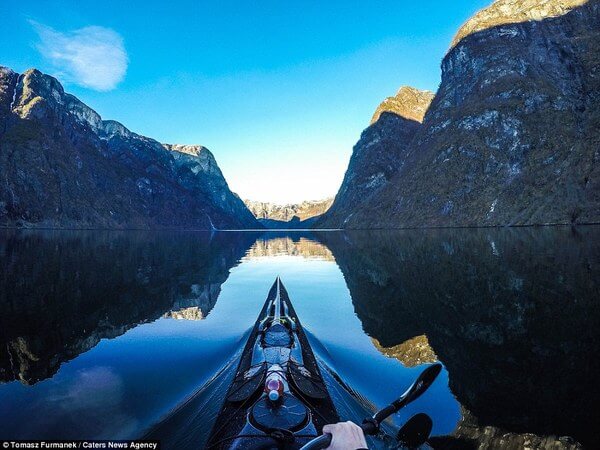 ‘Sognefjellet and Voss are great for skiing, and the fjords nearby are great for kayaking.’ (Pictured: Tomasz in Naeroyfjord in Norway)

‘I will probably travel with my kayak for many years. There are a lot of lakes and fjords that I’ve not visited yet.

‘I also plan to go kayaking in other countries as well as Norway.’ 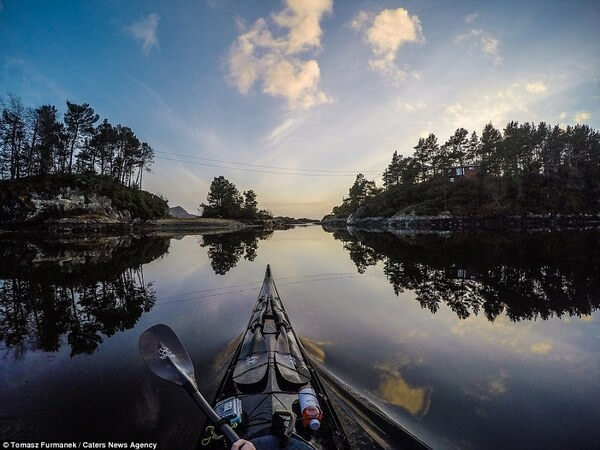 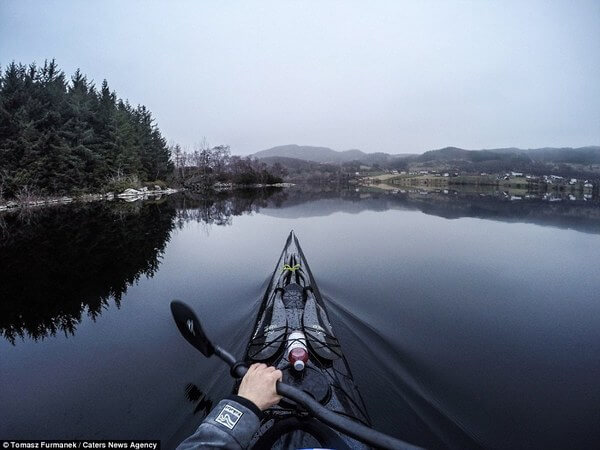 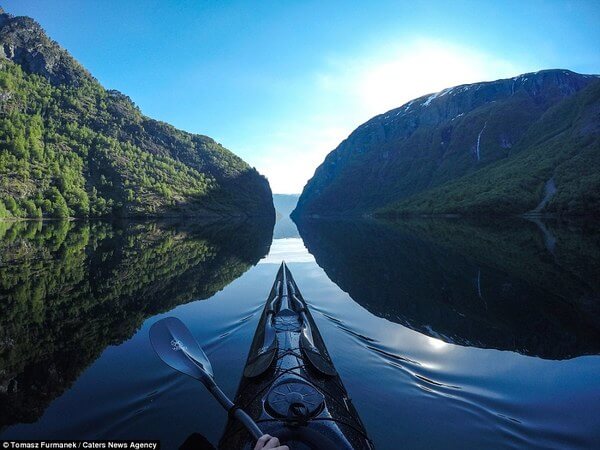 The picturesque landscapes, such as the one above in Naeroyfjord in Norway, are ‘liked’ by thousands of Furmanek’s followers 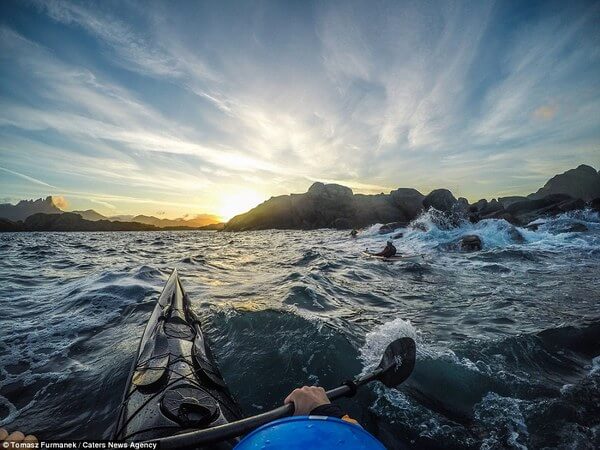 Furmanek warned beginners that Lofoten in Norway (above) is known for its choppy waters and is not ideal for them. 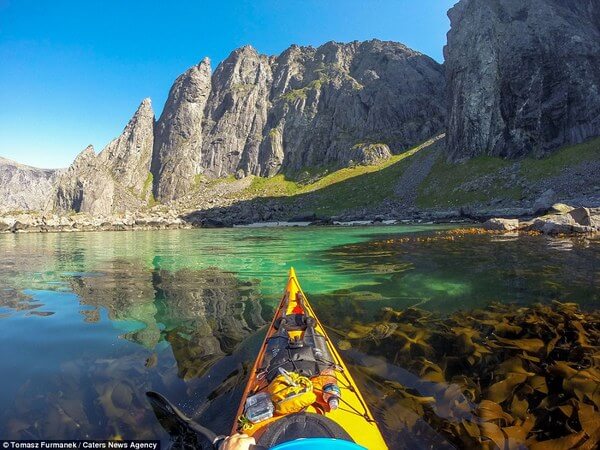 Related ItemsEpicnews
← Previous Story At 101 Years Of Age, The First Japanese Photojournalist Is Still Going Strong
Next Story → Powerful Photo Of Newborn Surrounded By Hundreds Of Syringes Shows How Much Women Who Undergo IVF Go Through To Have Children